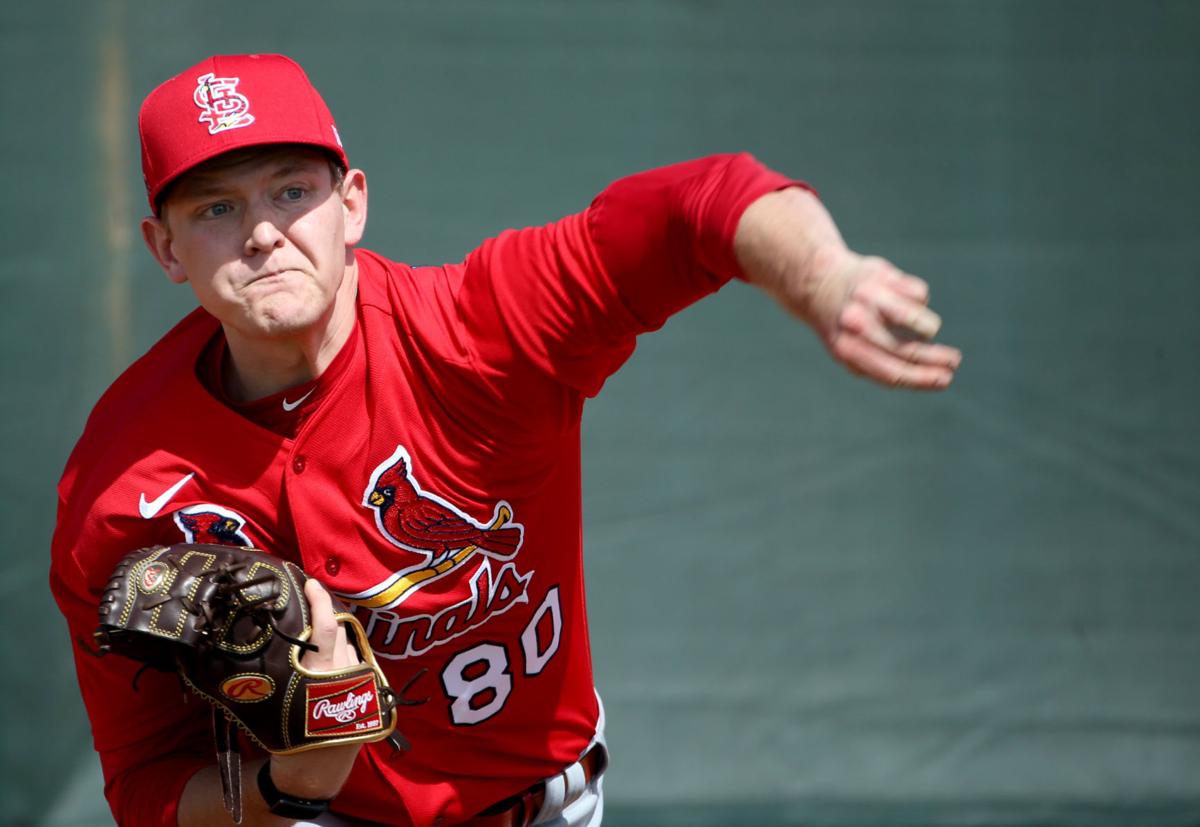 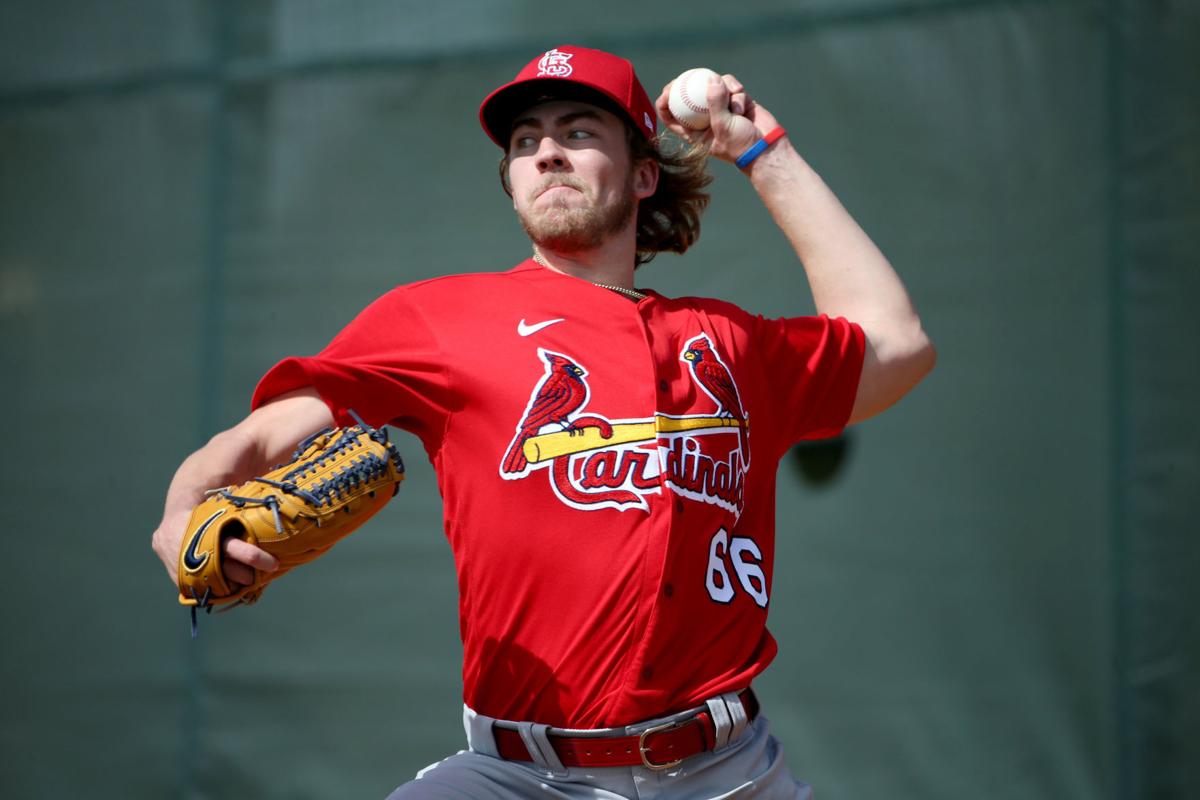 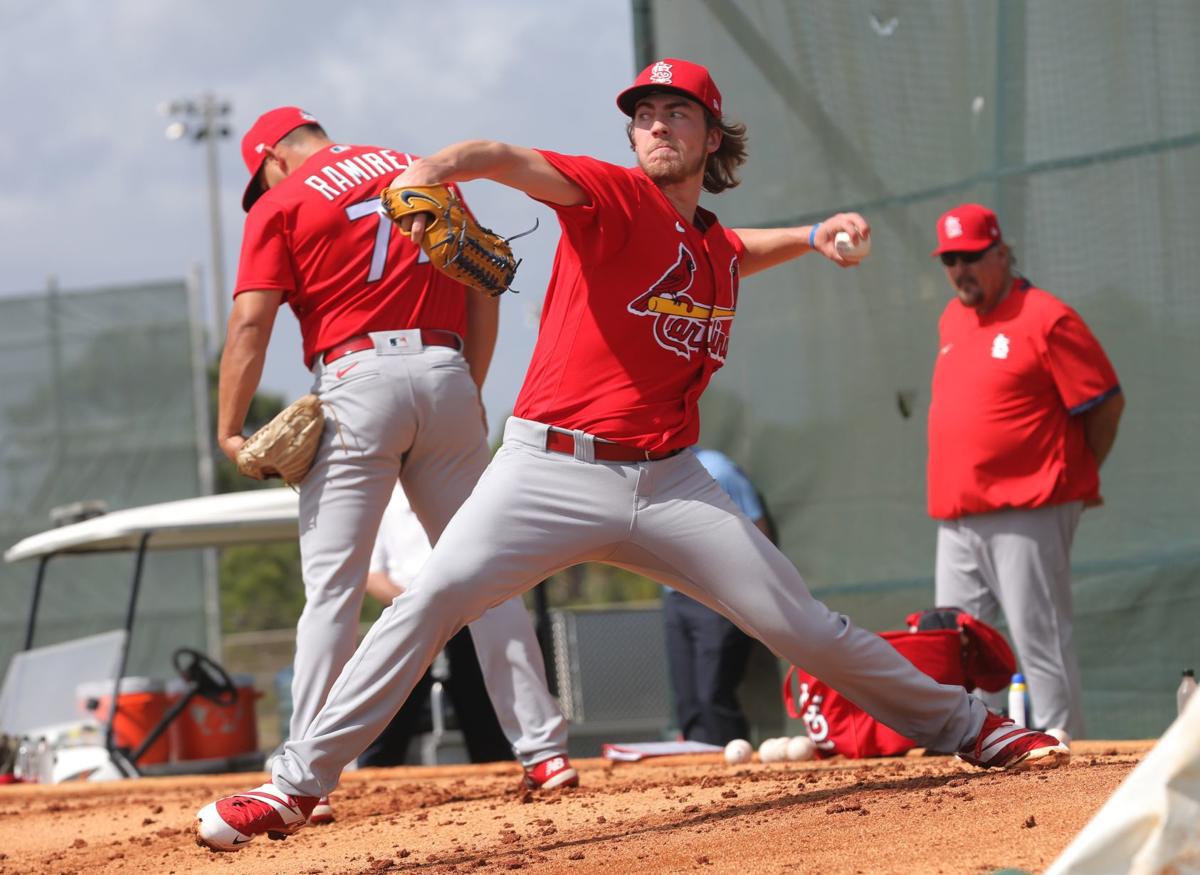 Manager Mike Shildt insisted, at least twice, it wasn’t preplanned on the first day of live batting practice to have the final pitcher on the mound be Matthew Liberatore, the Cardinals’ prized prospect acquisition in a trade one rival official called “potentially a coup.”

Yet there the lefty was this past February, facing hitters in his new uniform and pitted against his boyhood friend Nolan Gorman. With little activity on the other fields a cluster of executives, coaches, reporters, teammates, and one owner gathered. Some crossing their arms, shading their eyes, and seeing Liberatore in person for the first time.

That used to be how the Cardinals viewed their minor-league pitching depth with starters like Lance Lynn, Shelby Miller, and later Michael Wacha surfacing annually. They had a crowd gathered. But the wellspring slowed for several years, in large part because of injuries to Alex Reyes, until Jack Flaherty’s warp-speed arrival and Dakota Hudson’s debut the past two seasons. Behind them, however, the Cardinals recognized another hole, another gap year, and a deficiency of lefties after Austin Gomber. In the words of one executive, they “moved to close the gap as quickly as possible.”

Through actions as varied as waiver claims, draft picks, and trades, the Cardinals have tried to caulk the pitching roster, float talent to higher levels, and two acquisitions in the past 12 months personify the results — Liberatore and Zack Thompson. Both are lefthanded.

Both are considered top starting pitching prospects. Both can draw a crowd. The Cardinals dream of both joining Flaherty and Hudson in a few years to turn the rotation into an imposing march. Right, left. Right, left. Thompson, the 19th player picked in the past draft, impressed during spring, leaving evaluators inside and outside the Cardinals organization echoing that he could be “in the rotation — and soon.” The Cardinals traded outfielders Jose Martinez and Randy Arozarena to Tampa Bay for Liberatore and a minor-league catcher. The January swap surprised the players, and the industry.

“There is a small clutch of the best pitching prospects in the minors, and I don’t think you could find 10 better than Liberatore,” said an AL scout, who requested anonymity so he could speak candidly. “That could be a monster trade on their part.”

Landing Liberatore, 20, came after the season of prospect rankings and forced some revisions. Baseball America put Liberatore at No. 2, ahead of Gorman, in the Cardinals’ system. And Liberatore’s presence would have nudged the Cardinals’ overall ranking above No. 14. A rewrite of the rankings did not surprise the Cardinals.

It’s essentially what they’ve been doing, too.

In 2013, the Cardinals won the NL pennant and ranked No. 1 in BA’s organizational talent evaluations. That summer they had five rookie pitchers contribute 1.5 Wins Above Replacement or more to the team. All five were homegrown. From 2014 to present, the Cardinals have had five rookies total provide a 1.5 WAR in a season. Three were homegrown. One was Seung Hwan Oh, KBO’s career save leader.

When Stephen Piscotty and Randal Grichuk graduated to the majors in 2015, that signaled the steady decline in the prospect rankings and a dry spell sporadically slaked by Paul DeJong or Carson Kelly. In 2017, the Cardinals were encouraged when their top prospects, such as Flaherty and Hudson, started to gather at the upper levels. Forecasting a downturn after that group, the Cardinals set to work.

At the same time, they worked to address the depleted depth on the left.

“I like playing catch with another lefty,” Liberatore said one day in the clubhouse, nodding toward Thompson. “Especially one who can spin a breaking ball like that.”

Thompson and Liberatore had similar approaches to spring — being part of every crowd that gathered to hear what veterans had to say. They peppered Flaherty with questions over lunch one day, served them up to Adam Wainwright the next. Liberatore compared curve grips with Rick Ankiel, and Thompson sought out Hudson for tips. The Rays’ first-round pick in 2018, Liberatore has the potential for three plus pitches, including a 95-mph fastball and a curve that already quakes knees. Plus, he has command and size to go with a power-drive delivery.

Injury concerns allowed Thompson to slip to the Cardinals at No. 19, but he had already spent the spring distancing himself from lingering questions. At Kentucky, Thompson broke James Paxton’s school record for a lefty with 130 strikeouts, and then Thompson struck out 19 of the 61 batters he faced at High-A Palm Beach. Shildt saw him this spring and said “polished” is a good word. Thompson leaned on his curveball in his first pro seasons because his slider betrayed him at times. They are each swing-and-miss pitches from Thompson’s easy, upright delivery. He’s working this year to reclaim the shape of his slider — less cut, more veer.

Over the past eight days, the Post-Dispatch has audited the Cardinals’ minor-league depth chart for who could be the future at each position, from first to third, catcher to closer, to starters. With players like Gorman and Dylan Carlson the system has a crest nearing unlike any in recent years. A barometer the Cardinals use to check their depth of talent — and future needs — is how many prospects are collecting at Class AA or higher. If a season started this summer, those staffs would feature Angel Rondon, the pitcher of the year last season, along with Jesus Cruz, sharp reliever Kodi Whitley, Johan Oviedo, Jacob Woodford, and Cabrera. The position players will feature Elehuris Montero, Gorman, and catcher Ivan Herrera. The gap’s bridged.

And at some point this year or to start next season, the Class AA rotation could feature Liberatore and Thompson. Unless Thompson is already at Busch Stadium, where shortly after he signed officials gave him a tour of the team’s Hall of Fame. He saw the possibilities.

The Cardinals can now see someone approaching.

“The interest in winning, the attention to detail, the fundamentals, and the other pitchers, like Flaherty, who moved through fast,” Thompson said. “If I don’t do what I’m supposed to do, then I’ll stay where I’m at. If I take care of my business, I can help keep things flowing.”

This is the last in an eight-part series that takes a detailed look at the Cardinals’ future at every position — for now. In order to forecast the next star to arrive or the next hole the club must fill, we considered only prospects that were in the organization as of spring 2020 and that have not yet played in the majors. The current players and their contract status is also detailed for context.

A total of 16 players drafted by the Cardinals in 2018 and 2019 were released on Wednesday as part of sweeping transactions throughout pro baseball.