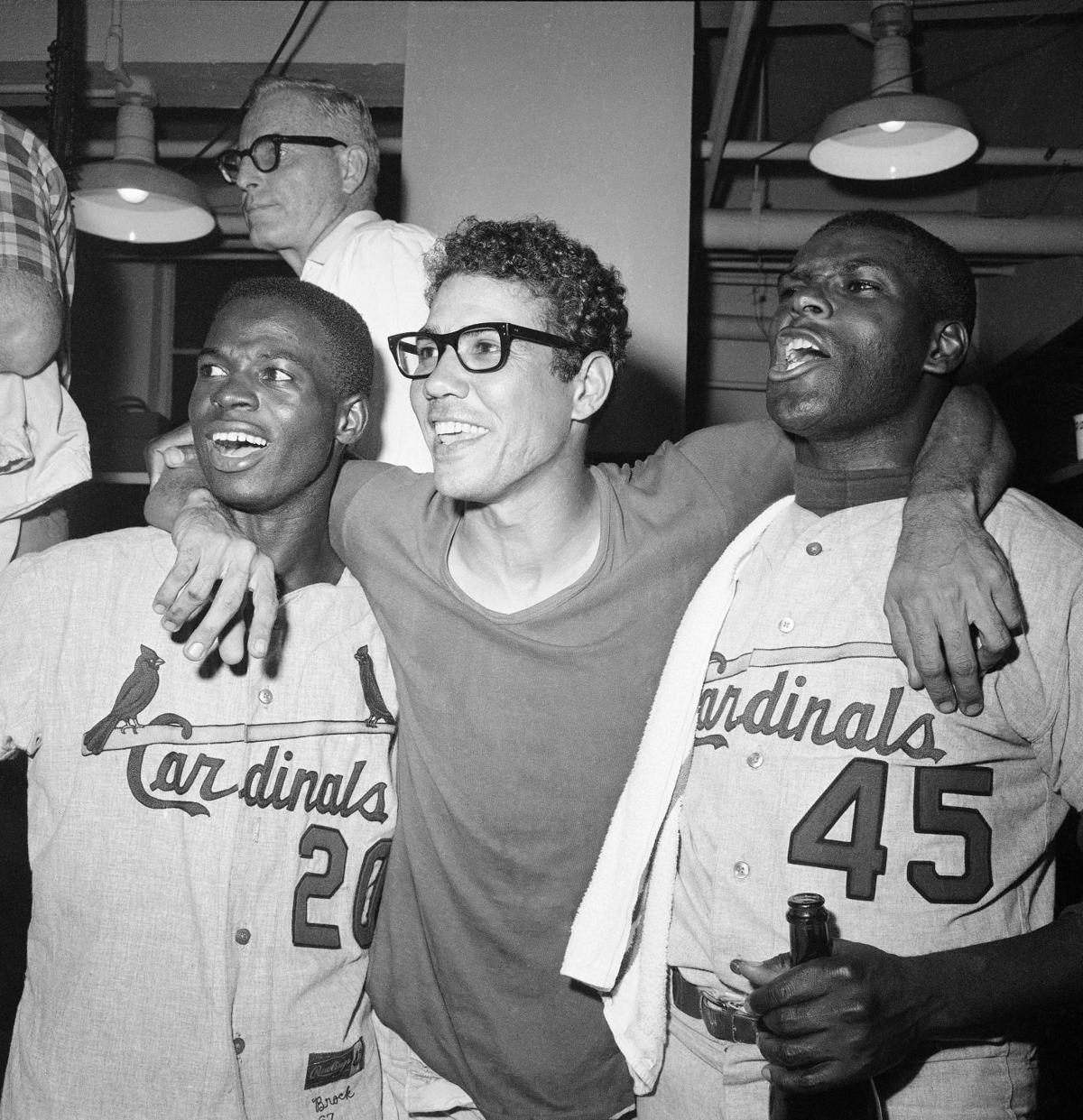 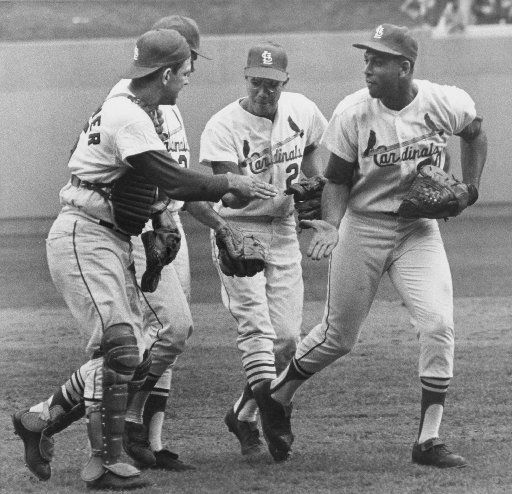 Hall of Fame baseball writer Rick Hummel continues his "Where are they now?" series on former Cardinals.

At the end of a 25-minute conversation, former Cardinals second baseman Julian Javier politely asked a question of a reporter.

“How do they pick the ballplayers to be in the Hall of Fame in St. Louis?” he asked.

This stands as a legitimate query, considering Javier’s 12 seasons with the Cardinals (1960-71) and the fact he played more games at second base, 1,547, than any other Cardinal — a list that includes Rogers Hornsby, Frankie Frisch, Red Schoendienst and Tom Herr. Moreover, his 1,578 total games for the club ranks 13th in Cardinals history for any position. Fifteen of the top 18 are in the club’s Hall of Fame, excluding Javier, Yadier Molina and Albert Pujols — the latter two of whom still are playing.

“I don’t know what happened,” Javier said. “I hope someday they can do it before I die, so I can go there.

Perhaps it is Javier’s modest .257 batting average that hasn’t resonated with the Red Ribbon Committee, which selects one “old-timer” every year. But he was a smooth-fielding, double-play magician who could run. Six times he stole 10 or more bases and he also had some pop in his bat in an era in which second basemen weren’t typecast as power hitters.

Javier hit double figures three times in home runs, with his best season, 1967, on one of the all-time best Cardinals clubs. As the team won its second World Series title in four seasons, Javier belted 14 homers, drove in 64 runs and batted a career-high .281 as he finished ninth in the Most Valuable Player voting in the National League.

Tall for a second baseman in those days at 6 feet 1, and one of the few bespectacled players, Javier was at his best when the stakes were the highest.

In 1964, Javier was unable to bat when the Cardinals beat the New York Yankees in the World Series. He played just two innings because of a hip injury he had suffered on the last weekend of the regular season.

But he hit .360 in the 1967 World Series win against Boston and .333 the next year when the Cardinals lost the Series to Detroit.

“I liked to be a good hitter when the team needed it, especially in the World Series,” Javier said. “Every time we had a game to win, I got the base hit to win the game.

Javier’s three-run homer off Boston’s Jim Lonborg in the sixth inning of Game 7 helped put that game away in 1967. But Javier, now 83 and living in San Francisco de Marcoris in the Dominican Republic, thought his biggest hit during the Series off Red Sox ace Lonborg was a double in Game 2, also in Fenway Park.

The Red Sox won that game 5-0 but Lonborg was working on a no-hitter until there were two out in the eighth before Javier broke it up with his double to left.

“Everybody was happy when I got to the dugout,” Javier said. “If I don’t get the base hit, I don’t think we win the next game.”

The Cardinals won Game 3 and Game 4, both in St. Louis, before Lonborg beat the Cardinals again in Game 5 to send the Series back to Boston.

Javier came to the Cardinals in May 1960 when he was acquired from Pittsburgh for popular lefthander and future Congressman Wilmer “Vinegar Bend” Mizell. Javier wasn’t likely to play second base in Pittsburgh, where future Hall of Famer Bill Mazeroski was the regular and soon-to-be World Series hero that year.

“That was a good break,” Javier said. “They weren’t going to move Mazeroski from there. But when I was in (Class AAA) Columbus, the clubhouse guy there said, ‘Don’t get dressed.’ I said to myself, ‘Oh, they’re going to send me home.’”

Eleven years later, he still would be there. Javier was the third Dominican player to reach the majors, behind Ozzie Virgil and Felipe Alou.

“Now they have many Dominicans,” Javier said. “We opened the way.”

That he remains the franchise leader in games played at second base was a surprise to Javier.

One of the highlights of his career was the 1963 All-Star Game in Cleveland, in which the entire Cardinals’ infield started the game — first baseman Bill White, second baseman Javier, shortstop Dick Groat and third baseman Ken Boyer. The first three named played the entire game.

Javier never made much money in baseball, starting with his $500 signing bonus, which he gave to his mother.

Javier recalls telling son Stanley Javier, who played for 18 seasons in the majors “that in one year, you make more money than me for the whole 13 years I played.”

The younger Javier, an outfielder, was signed at first by the Cardinals in 1981 after manager/general manager Whitey Herzog liked what he saw when Julian brought the younger Javier to the park. But a year later, Stan Javier was dealt to the Yankees, whose owner, George Steinbrenner, had been chafed by how well Willie McGee had done for the Cardinals after being sent by the Yankees to St. Louis before the 1982 season.

“I said ‘You stay hitting lefthanded. You’re going to be better lefthanded than righthanded.”

Julian Javier pretty much was right. In his career spent with eight clubs, including Oakland twice, Stan Javier hit .269 lefthanded to .270 righthanded but he had 40 of his 57 career homers lefthanded.

“Hoolie” Javier said he had been told to switch-hit when he was in the Pittsburgh organization by then Hall of Fame executive Branch Rickey, who had managed the Cardinals and been their general manager.

“I went to spring training and I was a good hitter lefthanded,” Javier said. “I don’t know what happened but my right (lead) arm was getting sorer and sorer and I said, ‘I’m going to stay righthanded.’”

Javier made all his infield starts but one at second base for the Cardinals, who played him at third base in the final game in 1971. Javier had been sharing time with Ted Sizemore at second base and was on his way out.

“I can’t remember that day but I remember I went home and said, ‘I’m not going to play any more,’” Javier said. “But the next spring, Sparky Anderson, who was managing Cincinnati, called me about 200 or 300 times. He said he wanted me to play utility over there. I said I didn’t want to play any more. He kept calling.

“But there was a strike (delaying the start of the season). Finally, when it was over, I went to Cincinnati.”

The Cardinals, who still held Javier’s rights, received pitcher Tony Cloninger for Javier, who played in 44 games for the Reds and he got into the 1972 World Series.

But, St. Louis, he said, “is the best town to play baseball. The fans in St. Louis were great.”

Once a rancher in the Dominican Republic, Javier has moved closer to the beach now.

“I retired from everything. I just take it easy now, especially with the COVID-19,” said Javier, who quickly added that his health is good.

The stadium in San Francisco de Macoris is named Julian Javier Stadium, and Javier forever is a celebrity in his native land.

“If you come to this country and want to find somebody, we can go and find him,” Javier said.

“But there’s nobody else on St. Louis who’s here. Everybody died.”

Javier would like to make at least one more trip to St. Louis in his own lifetime — to put on the red jacket of a Cardinals Hall of Famer.

Hummel on the Cards: Where are they now?

New tie-in with betting operation will lead to name change for channel. The plan is that it eventually will accept bets on games it televises.

Pitcher is detained in Dominican, apologizes.

Going the distance with Cardinals: Scenes of history, hope through 14 states, 7,168 miles

Post-Dispatch baseball writer Derrick Goold hit the road to cover an unusual season from the ground up with a mask on, through a country on the edge.

Still the Man: Musial remembered on what would've been his 100th birthday

Stan was “the Man” for his grace, style, wit, relatability and, yes, the fact that he hit .331 in his Hall of Fame career.

Fox Sports Midwest to be renamed for gambling company, with plans to have fans wager during telecasts

FSM likely to be called Bally Sports as part of national deal designed "to revolutionize the U.S. sports betting, gaming and media industries."