PITTSBURGH — His manager remembers the 22 homers the late Chris Duncan hit during the regular season of 2006, let alone the one he hit in the World Series the Cardinals won.

“My favorite comment to make to Cardinals fans is that every time they enjoy that 2006 championship, they should realize that without Chris’ production when we had all those guys hurt, we wouldn’t have gotten in,” said Tony La Russa. “That’s good enough, right there.”

But, of course, there was more the Hall of Famer wanted to say. From the minute Duncan signed, Cardinals minor league managers said he was “the perfect teammate. Totally committed to whatever the team needed.”

La Russa found the same when Duncan became his. “He was a tough nails competitor, afraid of nothing,” La Russa said Saturday from Boston, where he works as a consultant for the Red Sox.

“And he had special power. He could hit the ball a long ways. He really had the ability to have a long career because he would get enough at-bats to have a good average, which would have included a bunch of production.”

But, Duncan encountered a neck issue and then a sports hernia and his big-league career would end in 2009.

“If he had been healthy, he would have been a big-time producer,” said La Russa of the outfielder, who died at age 38 Friday after a long battle with brain cancer.

Adam Wainwright, a World Series teammate of Duncan’s said, “Unfortunately, he’d been struggling for a long time with this. That stuff gets in your brain . . . it’s hard to get it out. I just hope that he’s at peace now.”

Wainwright was impressed mightily by Duncan off the field.

“Great teammate. Incredible teammate. One of the best story tellers in the history of the world. That’s what made him so great on the air,” said Wainwright of Duncan, who was a radio sports talk host in St. Louis.

“The guy could sit down and tell you a story. Very similar to (former Cardinal) Lance Berkman, where the whole room gathers around. He was really animated.

“He got some pretty big hits for us, too. That home run in the World Series was big-time.”

Dave Duncan, the pitching coach of that Cardinals team, lost his wife, Jeanine, to brain cancer several years ago and now one of his two sons is gone.

“I’m feeling for Dave and (brother) Shelley right now,” said Wainwright. “I’m going to send a message to Dave telling him he’s in my thoughts and prayers. What do you say to somebody during something like that?"

Television analyst Jim Edmonds, a teammate of Chris  Duncan for several seasons, including the World Series championship club, said, “He was just a great kid. Hard worker. Fun-loving guy, always in the middle of the pile.

“It’s tough. It just (stinks). I think about how close his parents were and his brother, Shelley, and how many guys it affects, considering how close that group of (players) was.

“It will be interesting to see how everyone reacts.”

Cardinals manager Mike Shildt, who was in big-league spring camp as a minor league manager when Duncan was playing with the Cardinals, said the news of his passing was “way bigger than baseball.

“It’s just really sad. What a great guy. Way too young. Our condolences go out to Dave, of course, and Shelley. They’re in our prayers,” said Shildt.

“I never had the privilege of managing him. But I remember being in big league camp and being impressed how he carried himself. A real professional. Just a very humble, sincere, really good guy. And well respected. Rightfully so.”

Catcher Yadier Molina knew Duncan before everybody else but La Russa. They played together — and won a championship — at Class A Peoria in 2002 and were teammates again in 2003 at Tennessee.

“He was fun to be around,” said Molina. “He had talent. He had power. There was no doubt he was going to make it. And he was a world champion.”

Duncan was only a year older than Molina when he died. “That’s a bad thing,” Molina, said, quietly.

When Randy Arozarena stole a base on Thursday, he became the 19th Cardinal to do, highest total in the majors and highest in Cardinals history since 1912 when 20 players stole at least a base. Twenty-one players swiped bases in 1906. But to show how different the game is than it was more than 100 years ago, the Cardinals hit 27 home runs in 1912 and nine in 1906. They had 176 entering Saturday’s play, which ranked them 12th out of 15 teams in the National League.

Since being shunted to the bench, Matt Carpenter has had hits in his last three pinch hitting appearances. “He’s not getting as many opportunities as he’d like right now,” said Shildt. “but that really, honestly has nothing to do with what he has or hasn’t done, necessarily. It’s more about what the (other) guys are doing. He’s done nothing but be a complete pro. I applaud how he’s going about his preparation.”

Good Sunday morning: People also are talking about the rubble in the Bahamas slowing the search for survivors, a taste of fall for St. Louis a… 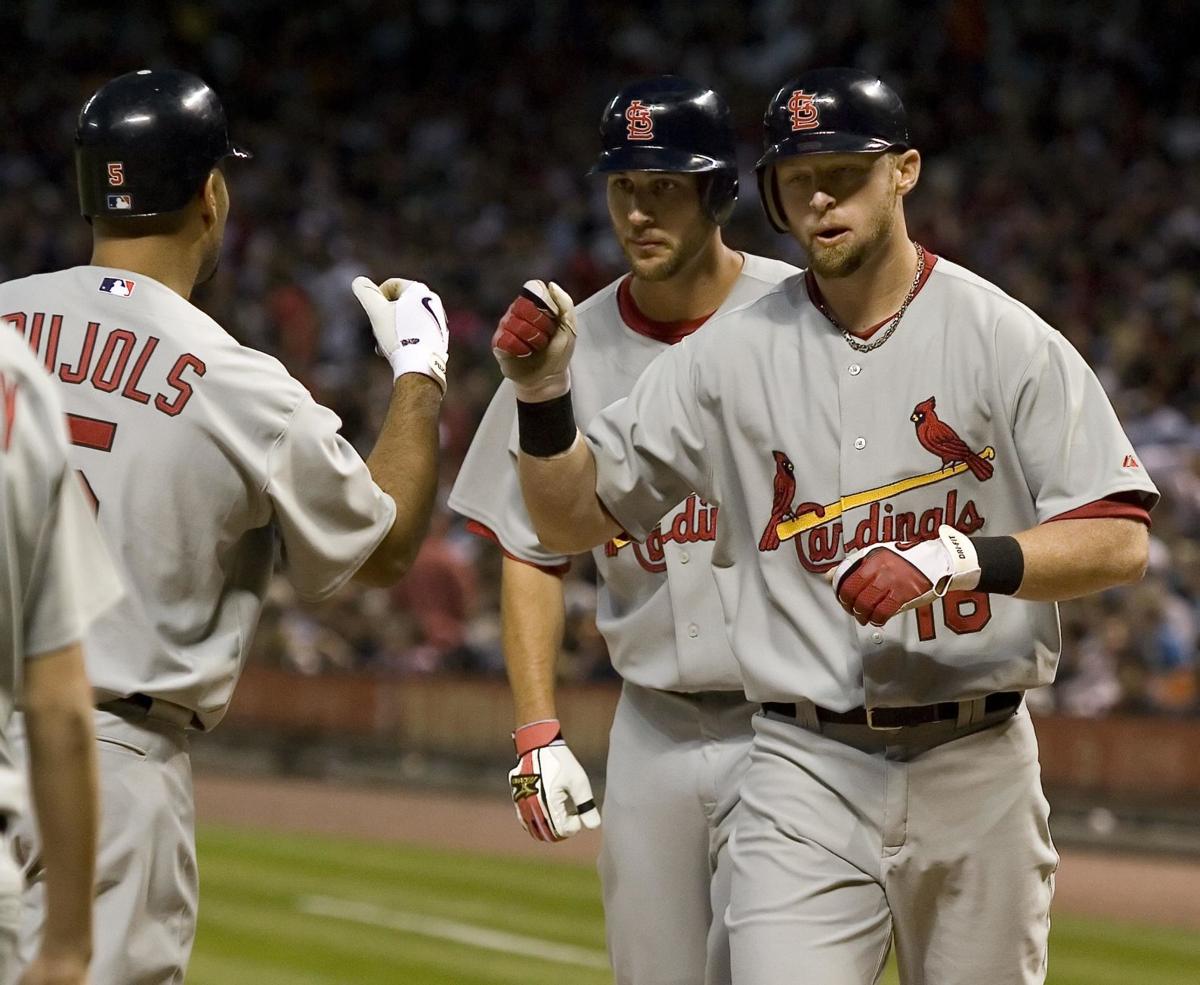 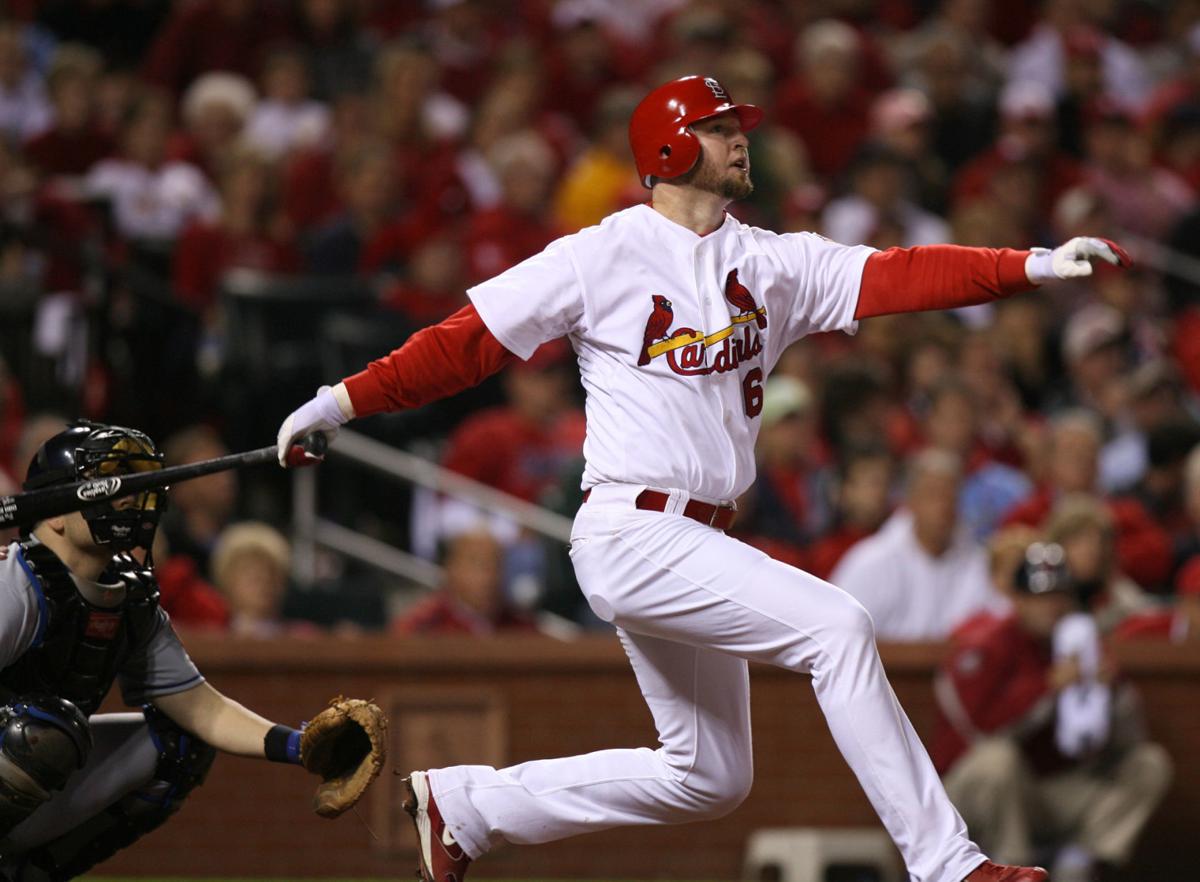