After 50 years, Children's Zoo at St. Louis Zoo will close for good this fall

Martinez seizes ‘reward’ and returns to Cardinals rotation; Kim will be the closer
0 comments
Share this
Subscribe for $3 for 3 months
1 of 3 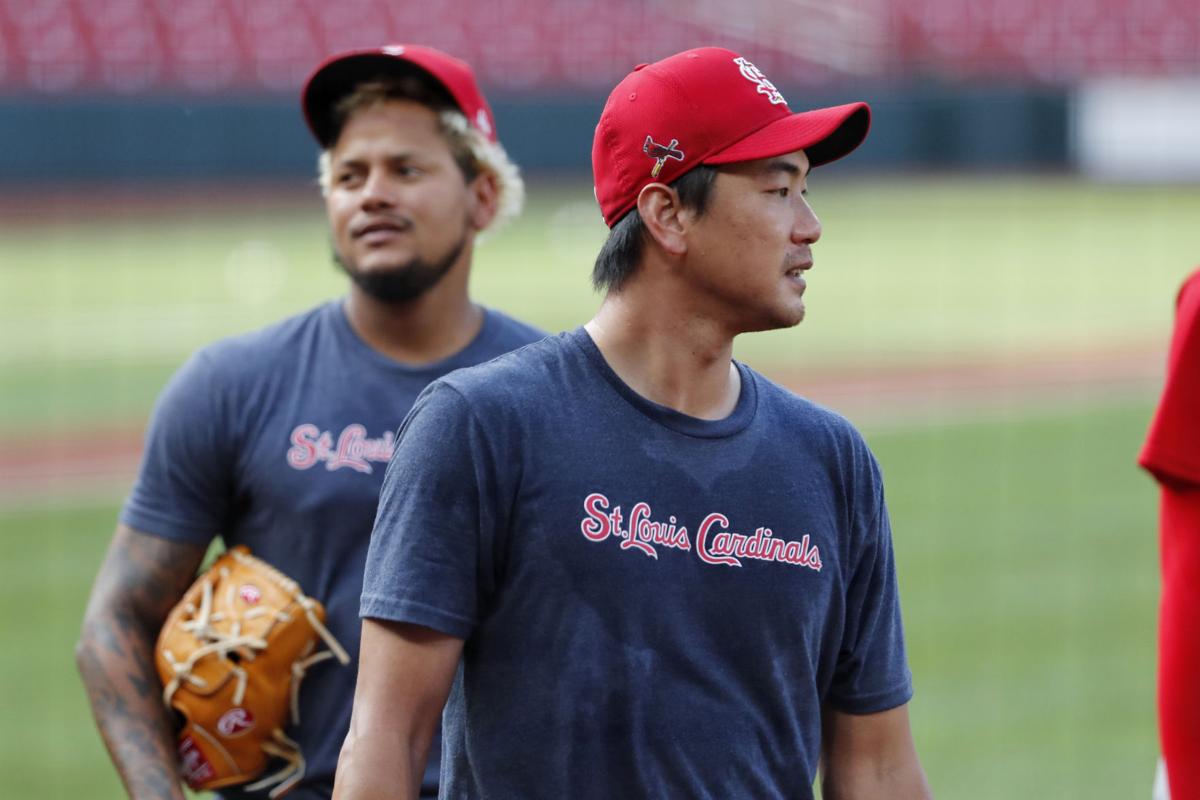 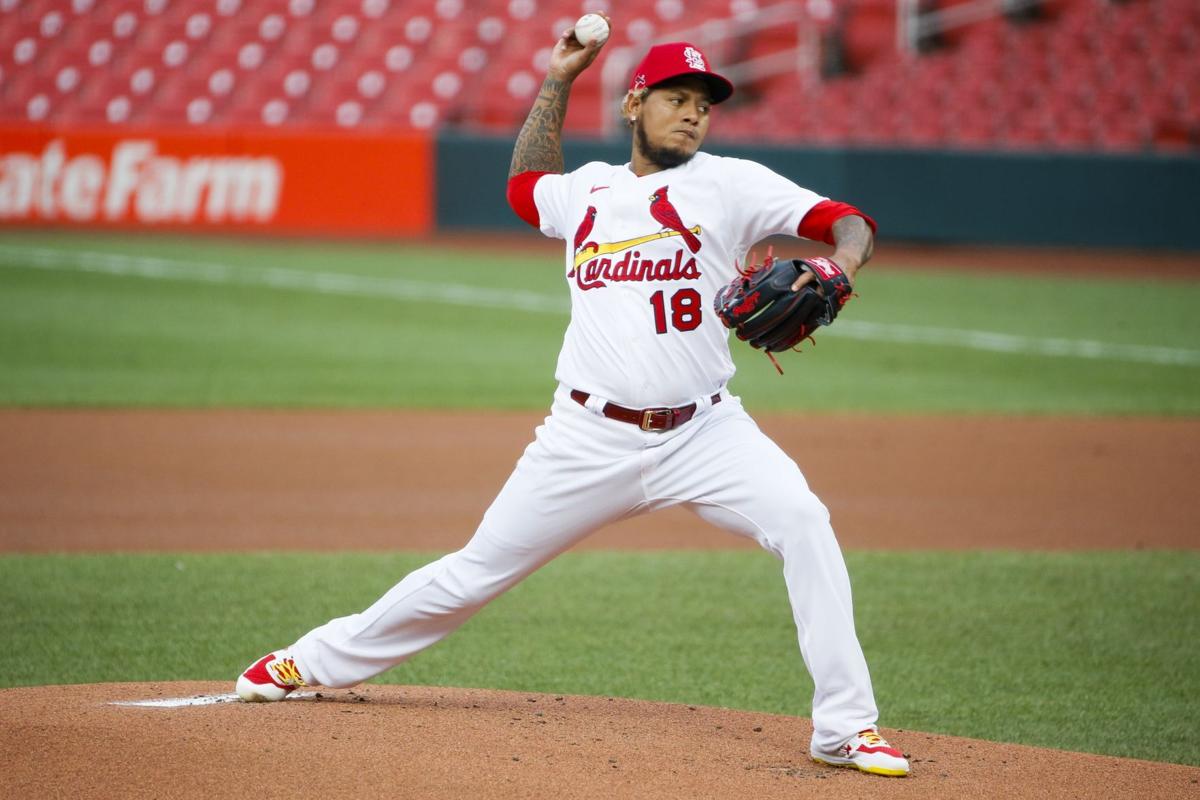 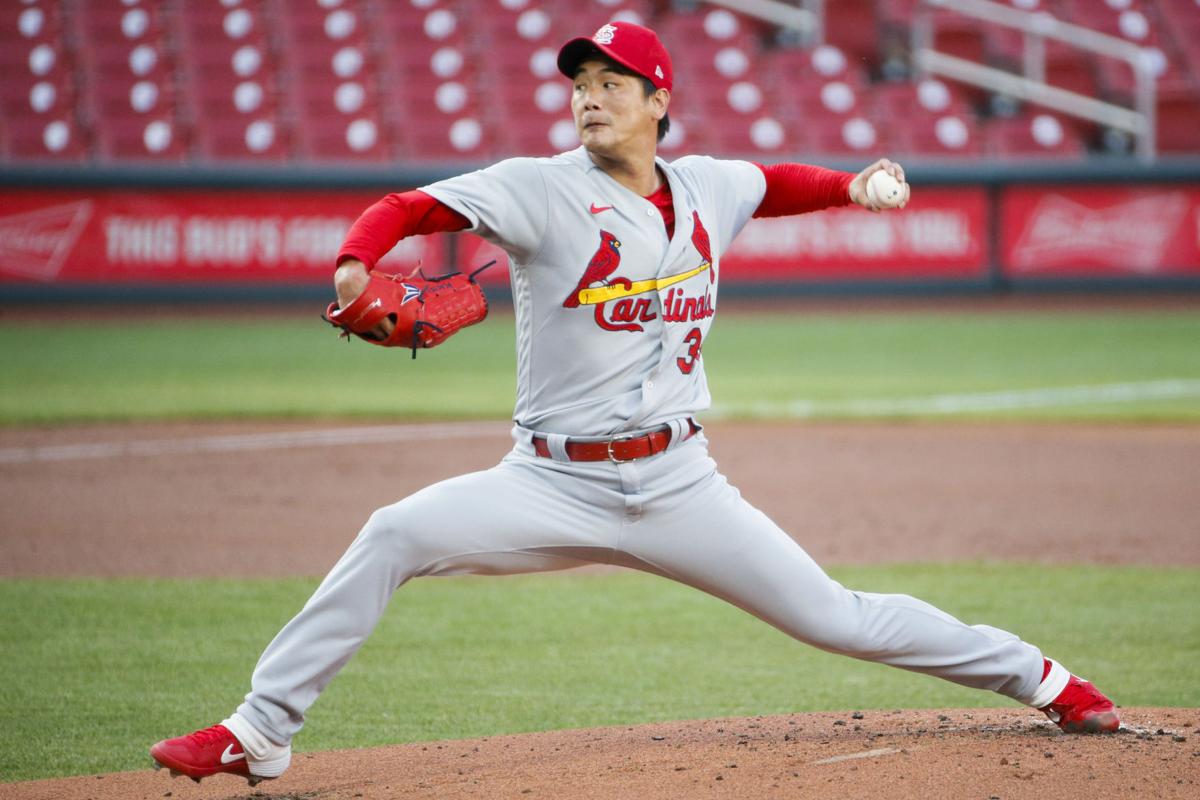 As steadfast as Carlos Martinez has been about returning to the rotation since last October, the Cardinals have been succinct and unflinching with the requirements the righthander had to meet for consideration.

So when it came time this week to narrow their focus onto five starters and decide on how they would handle the wide-open ninth inning, the Cardinals could have turned to his All-Star past as a starter or his 2019 success as closer as their reasoning.

They sided instead with his current commitment, and named him a starter.

“That’s the reason,” manager Mike Shildt said. “He earned it.”

With four days remaining before Jack Flaherty makes his first opening-day start, the Cardinals revealed their rotation plans — with a plot twist. No. 3 starter Dakota Hudson will follow Saturday starter Adam Wainwright in the weekend series against Pittsburgh at Busch Stadium, and Miles Mikolas and Martinez will complete the rotation and make their season debuts next week in Minnesota. Mikolas’ health and Martinez’s appeal shifts lefty Kwang Hyun Kim out of the rotation and into the bullpen.

Shildt said Kim, a newcomer to the team, will open the season as the Cardinals’ closer — a role he never had in the regular season as one of Korea’s most consistent starters.

“Carlos was going to close, and now he is in our fifth spot,” Shildt said. “The reason why Carlos was going to be our closer is because (of the) multiple pitches he can throw, is good (against) righties and lefties, and he’s used to high-leverage situations. Kim’s got experience that says he can do it, and he’s willing to do it.”

Mikolas and Martinez are set to split Wednesday’s exhibition game against Kansas City at Busch, and Hudson will start Tuesday’s game, the final intrasquad of “summer camp.” Kim will make his first appearance as the Cardinals’ closer by pitching the final inning of that night’s game for the home team.

Both pitchers went a long way to arrive at Monday evening’s announcement.

Kim signed a two-year, $8-million contract with the Cardinals last winter to come to the States to prove he could pitch at the big-league level. Regardless of role, he insisted. The lefty then quarantined in St. Louis, away from his family, for the past four months and worked with Wainwright to build on his spring training audition that had earned a spot in the rotation.

Martinez’s distance was more in time — and dedication. Martinez was undone by his health, a shoulder that limited and led to other injuries, and moments when he strayed from the team’s expectations for a starter. He had to get healthy, improve his fitness, and prove his discipline to the team.

When he starts July 29 at Target Field, he will be one day shy of going two years between starts.

Martinez has been zeroed-in on reclaiming his desired role.

“Tremendous focus,” Shildt said. “He had almost as good of focus as anybody in camp. Irrespective of where you thought a drill was a little more mundane — PFP (pitcher’s fielding practice), bunting — of course that is now gone by the wayside. His side (sessions) — he had focus to every pitch he threw. And then the results bore witness in spring training. His recovery from what he did was really good. He was able to recover. He was able to build up. He was really intentional about what his work looked like in the weight room, what it looked like in the training room. To be able to recover better, to be able to take care of the load that we expect a starter to have.”

What Martinez flashed in spring — on the mound and away from it — he continued during his quarantine, even as he moved from Jupiter, Fla., to a resort community in his native Dominican Republic. He routinely sent video of his throwing sessions to pitching coach Mike Maddux, and when he was cleared to join workouts after his COVID-19 test results were delayed, he revealed that he threw a seven-inning simulated game.

The Cardinals were reassured by his early throws of the camp at Busch that he had maintained his arm strength, that he would not encounter the erratic health that initially bounced him from the rotation into the closer role a year ago.

“He earned the reward to get back in the rotation,” Shildt said.

Shildt and his coaches had conversations with Martinez and Kim over the past few days about the roles and their eagerness or willingness to claim them. Shildt said Kim expressed familiarity with the role of closer and welcomed it. In 12 seasons in the KBO, Kim did not have a regular-season save, and his experience in the bullpen is limited to 22 appearances over 298 games and 14 games finished.

He was a young ace for Korea’s 2008 Olympic team that won the gold medal, and he was a steady starter with a career 3.27 ERA and 30 starts in a season as recently as 2019, when he won the KBO’s top pitcher award. In the spring, he spellbound the power-mad Twins in a start at Fort Myers, Fla., and his lithe frame, long reach, and slider give him clear deception to go with the durability.

His most recent championship, however, came in 2018 with the SK Wyverns. In Game 6 of the Korean Series, The Wyverns and Doosan Bears went into the 13th inning tied, 4-4. Wyverns got a go-ahead homer in the top of the 13th.

Kim pitched a scoreless 13th for the save.

“I wouldn’t say he’s a rookie,” Shildt said. “He’s done it. He has more time as a starter. . . . You want to trust a guy who has pitched in a lot of high leverage, high level competition, which he has.”

The Cardinals will still use some matchups to guide their choices in the ninth inning, and on days Kim isn’t available at least one will be from a group of righthanders Ryan Helsley and Daniel Ponce de Leon or veteran Andrew Miller. Kim and Miller join Austin Gomber and Tyler Webb as the four certain lefties for the bullpen, and Brett Cecil would make five without a single lefty in the rotation.

Shildt said they had to come up with a destination for the game with a lead on opening day, and Kim is going to get that call. He warms up fast. He’s tricky for hitters in limited looks. And they think his experience in the rotation will help, as Martinez’s did.

They told Kim it is how others in the rotation got their start.

“We talked the other day about your throwing partner, 'Waino,' broke in as a closer,” Shildt said. “Carlos broke in and pitched out of the bullpen. He’s done it. One of the things about the closer role is not making it bigger than the situation is.”

“Neither of us wants to go anywhere. That’s true. We say it. We mean it,” Wainwright said.

BenFred: Enough asterisk talk. 2020 World Series champs (if we get there) will be remembered forever

You can make the case this championship, if awarded, will count a little bit more.

Hochman: If Goldschmidt can be better — or better yet, be Goldschmidt — Cards' offense could thrive

But Paul Goldschmidt isn't the only player (or even the only Paul) the Cardinals will rely upon in 2020.

A portrait of the ace as a young man: Cardinals ascending star Flaherty 'not afraid to be great'

Flaherty has increasingly talked about using his “platform” for good.

Five starters return, all familiar faces, and a lefty has been shuffled into the mix.

Analyzing the 2020 Cardinals by position

Baseball writer Rick Hummel summarizes the expectations — and the likely reality — at each position.

Hummel: Anybody (except Pittsburgh) could win the NL Central

Cincinnati dominated the offseason while the Cards, Cubs and Brewers stood pat.

Breaking down the NL Central

To start, there will be an awfully lot of bad-looking swings at Cardinals lefthander Kwang Hyun Kim.

Zero years have been unkind to Cardinals

With few exceptions, the Cardinals really haven’t come close to contending in any years ending in '0.'

It remains to be seen if quirky, short, season will spark interest in telecasts that have been losing viewers in recent years.

The Dodgers put the all into their “all in” approach during the winter.

The Yankees are spending big again, so it’s the World Series or bust for Team Steinbrenner.

Post-Dispatch writers make their fearless picks for the 2020 season.

Outfielder Lane Thomas becomes the 10th player and 17 member of team to test positive in past 11 days. Cardinals are unsure when they'll next play.

MLB commissioner Manfred: 'Right now, we think the Cardinals are going to be back'

In an interview with Derrick Goold, he discusses revised protocols and says Cards can still be a 'credible competitor' without playing complete season

Commissioner Manfred: Once outbreak halts, Cardinals can still be a 'credible competitor' without complete season

As 15th consecutive Cardinals game is postponed, MLB commissioner tells Post-Dispatch he '100 percent' sees a way for Cards to resume their season.

Cardinals are awaiting the results of Saturday tests and a discussion with Major League Baseball on their next step. Monday's game is unlikely, but series vs. Pirates is under review.

While awaiting clearance from quarantine, Cardinals considering reinforcements — like Carlson

Cardinals offered no official update on their status Wednesday, but team continues to make and plan moves that pave the way for newcomers.

Wainwright and Cardinals frustrated by an opponent they can't see

Idle for two weeks, Waino says: 'We didn't ask to be sick. Nobody wanted this to happen. But it’s unfortunate it did and it makes us look really bad.'

A complete home stand has been postponed due to the second wave of positive tests for COVID-19. The Cardinals schedule is in flux, and their next time on the field is uncertain.

A complete home stand has been postponed due to the second wave of positive tests for COVID-19. The Cardinals schedule is in flux, and their next time on the field is uncertain.