Subscribe
Read Today's E-Edition
Share This
Michael Kay, A-Rod to call Cardinals playoff series, which will be on ESPN, ESPN2 or KDNL
0 Comments
Share this
1 of 2 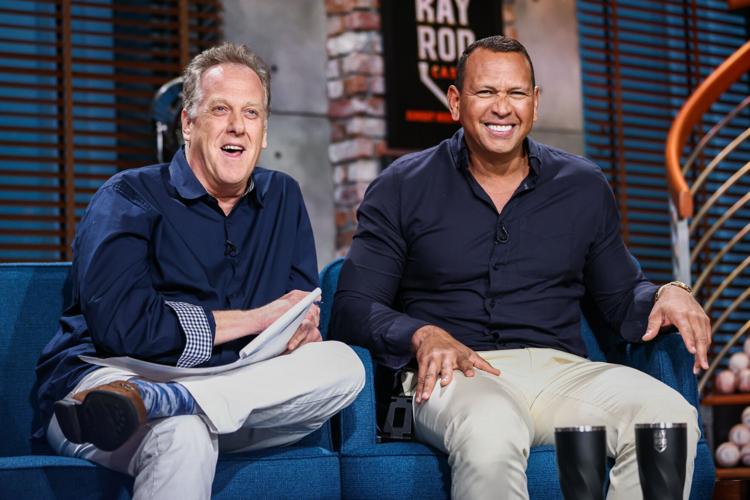 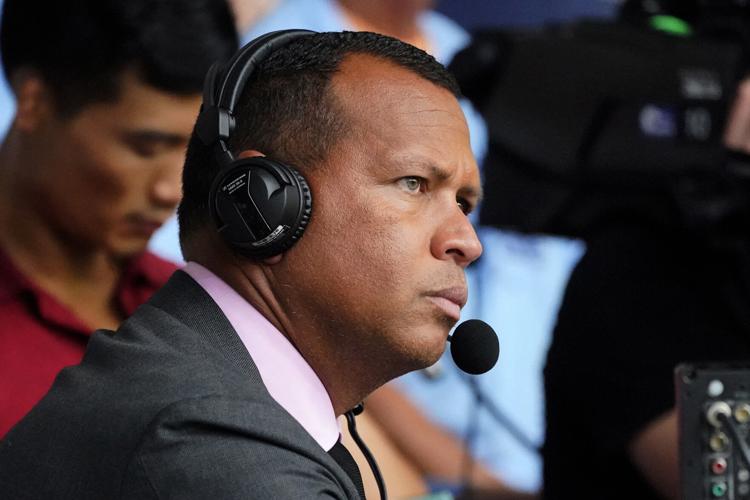 Alex Rodriguez will be providing commentary on the telecasts of the Cardinals' first-round playoff series this weekend.

We don’t know the times or the exact television stations that will show the Cardinals’ opening-round playoff series, against Philadelphia, which begins Friday at Busch Stadium and continues there Saturday and maybe Sunday.

But we do know that there will be no streaming-only games during the postseason, unlike what was the case recently when Apple TV+ exclusively carried the contest in which Albert Pujols hit his 700th career homer — becoming just the fourth person to do so. We also know who the broadcasters will be for these opening-round playoff telecasts.

The contests are the sole property of the Walt Disney Company (no local Bally Sports Midwest productions), and it also has MLB’s three other first-round series. Those contests will be divvied up between three Disney channels: ESPN, ESPN2 and ABC (KDNL, Channel 30 locally). So it is possible that a Cardinals game, or games, could be on the antithesis of streaming — an old-school, broadcast channel that is available for free over the air.

New York Yankees TV broadcaster Michael Kay will have the play-by-play of the Cards’ series and be accompanied by analyst Alex Rodriguez, the former Yankees lightning rod whom Pujols recently passed when he moved to No. 4 on the homer list.

Kay and Rodriguez are familiar partners, having teamed often this season on ESPN2 for an alternative version to ESPN’s “Sunday Night Baseball” traditional telecast. But this time they’ll be in a normal broadcasting situation, being on hand as opposed to working in a studio, and offering a conventional presentation instead of a breezy look at the game in which play on the field sometimes is a backdrop to what they and their guests are discussing.

Times of the Redbirds’ games and TV channels on which they’ll appear will be announced in the coming days.

It has been a season full of milestones for the Cardinals, with Pujols, Yadier Molina and Adam Wainwright heavily involved in the accomplishments. So it is only fitting that ceremonies Sunday featuring that trio led to the highest rating ever for a Cards pregame show on what now is Bally Sports Midwest.

According to Nielsen, which tabulates viewership, 6.6% of homes in the market with a TV (129,000 viewers) tuned it to BSM’s coverage of the festivities at Busch Stadium honoring Pujols and Molina that took place just before they played in their final home regular-season game. Wainwright, the starting pitcher in that contest, was a featured speaker at the event. There were 82,000 households watching all of that on TV.

BSM has drawn bigger audiences for Cards home-opener ceremonies, but the network counts those as part of its game telecasts instead of including them in the pregame show numbers.

The previous BSM record for a Redbirds pregame program was the 78,000 viewers who tuned in before the 2013 season opener, in Arizona.

In today’s 10 a.m. video, columnist Ben Hochman discusses Miles Mikolas, who has a 2.13 ERA in two starts vs. the Phillies this year. Plus, a …

Cardinals think Ryan Helsley's finger will be OK. Jack Flaherty could be a 'force.'

Helsley jammed his finger awkwardly in the eighth inning of a 8-7 victory, right after Flaherty had breezed through a relief inning that hints at his October role.

Cardinals use a four-run rally in the seventh to tie game, Juan Yepez's RBI single in the 10th to win, 8-7. Helsley removed as 'precaution' after injuring finger on pitching hand.

A year that begin with the Cardinals clearing the way to commit to three everyday outfielders ends with the mixing and matching they've made work.

Alex Rodriguez will be providing commentary on the telecasts of the Cardinals' first-round playoff series this weekend.