In today’s 10 a.m. video, columnist Ben Hochman discusses Cardinals prospect mystique, heading into Winter Warm-Up, the annual launch of the new season (if you will). Also, a happy birthday shoutout to Julia Louis-Dreyfus! And, as always, Hochman picks a random St. Louis Cards card from the hat.

When last the Cardinals flocked to St. Louis at this time of year, Randy Arozarena had just been traded to Tampa Bay, Dylan Carlson was the team’s minor-league player of the year, the club had the reigning NL manager of the year, and Albert Pujols played under a halo in California.

In other words, “it’s been a minute,” to borrow from manager Oliver Marmol.

After a three-year hiatus, the Cardinals will open a new year with an in-person fan festival, the 26th Winter Warm-up and first since January 2020. The three-day event starts Saturday and will look a lot different than any of the previous ones, starting with the location. Rather than being crammed into a downtown hotel, the Warm-up will spread across the Cardinals’ ballpark campus, allowing fans to start with a tour in the major-league clubhouse, snag autographs at several different stations scattered within Busch Stadium and Ballpark Village, and end with a visit to the team’s Hall of Fame and museum.

It’s the Warm-up, but relocated and reimagined.

“We’re excited to be in person again,” said Michael Hall, who coordinates the Warm-up as executive director of Cardinals Care, the team’s charitable arm. “As well as we’re anxious with it being in a new venue. We felt like, as we brought it back, let’s try this, let’s try this new, let’s try something different.”

The Warm-up, the largest fundraiser for Cardinals Care, will resume its annual role in introducing new Cardinals. It has some catching up to do. Willson Contreras, the team’s new catcher who signed a five-year, $87.5-million contract this winter, will make his first appearance in front of fans as a Cardinal when he signs Monday afternoon to close the event. Tickets for his autograph cost $125 and are already sold out. Nolan Arenado will make his first Warm-up appearance nearly two years after the blockbuster trade that brought the 10-time Gold Glove-winner to St. Louis from Colorado.

Tickets to get his autograph cost $150 and sold out almost immediately.

As of Friday evening, at least 18 players had their autograph tickets already sold out, and that ranged from MVP Paul Goldschmidt (signing Sunday) to top prospect Jordan Walker (on Monday), Hall of Fame manager Whitey Herzog (pre-signed baseballs) to rising prospect Tink Hence (Sunday). Proceeds from the autograph sales go to Cardinals Care. Admission tickets for three days ($50) or single days ($25) had not sold out as of Friday, though Hall said the team has already sold more for this weekend than they did for the January 2020 event.

“I heard it’s a big deal,” Arenado said this past week in California on the eve of his first Warm-up. “It’s always cool to see the fans’ excitement for the team, how much they love the team. I obviously know that St. Louis is really excited about it. I know how much they get pumped for it.”

The change in location adds new access and new wrinkles to a Warm-up admission. Cash will not be accepted at the Warm-up, and that includes the Cardinals' main team store. The admission ticket will, for the first time, include entry to the team’s Hall of Fame and a tour of the big-league clubhouse. The route fans will take passes briefly by the team’s batting cage, and while it will be out of sight, it will be within earshot if there is a player practicing.

Instead of players all appearing in a ballroom for their autographs, they will be scattered through locations at the ballpark and the Ballpark Village complex. That has prompted the team to try and avoid the long, winding lines that define Warm-up and go with a numbering system that is similar to boarding an airplane. They will be calling fans by groups to get autographs. This poses a potential bind when Arenado is signing in Ballpark Village at the same time Adam Wainwright has his session in the ballpark. Fans who purchased tickets to both are urged to let an usher or Cardinals Care official know so that they can aid getting from one spot to another, Hall said.

“If a fan has an autograph ticket and they’re at the Warm-up, they are going to get that autograph,” Hall said.

In January 2021, the Cardinals took the Warm-up online and hosted Zoom-like interactions and panel discussions, one of which turned into a tour of Dexter Fowler’s Las Vegas closet and shoe collection with Harrison Bader marveling from two time zones away. The Cardinals planned to bring the 2022 Warm-up to the ballpark before canceling it completely due to Major League Baseball owners’ ongoing lockout and labor negotiations. That gave the planning another year before making the leap from hotel floorplan they know to the ballpark complex they hope becomes the Warm-up’s home.

The schedule includes the return of several staples of the Warm-up weekend. The 63rd St. Louis Baseball Writers’ Dinner will be Sunday night at the Missouri Athletic Club, and among the honorees will be Goldschmidt receiving the actual NL MVP award for the first time.

John Mozeliak, president of baseball operations, will make his annual appearance on the mainstage to field unfiltered questions from the fans. Expect some about the payroll, some about shortstops, some about starters, and some more about the payroll. But rather than the main stage being the focal point of a ballpark, it will be at the center of Ballpark Village. In order to ensure that such panel discussions and appearances are not missed by fans in another location, they will be simulcast throughout Busch Stadium as well — on screens and over the speakers.

That is just one example of the upgraded production that will welcome fans back to the event. Others will be obvious, such as the departure of the bouncy castle in the kids’ room and the arrival of the social media friendly 360-degree video stage. An old event can get new tricks.

“It’s going to be different,” Hall said. “I hope fans embrace it.”

Check in for live updates and instant coverage of news from Cardinals Winter Warm Up through out the weekend.

Check in for live updates and instant coverage of news from Cardinals Winter Warm Up through out the weekend. 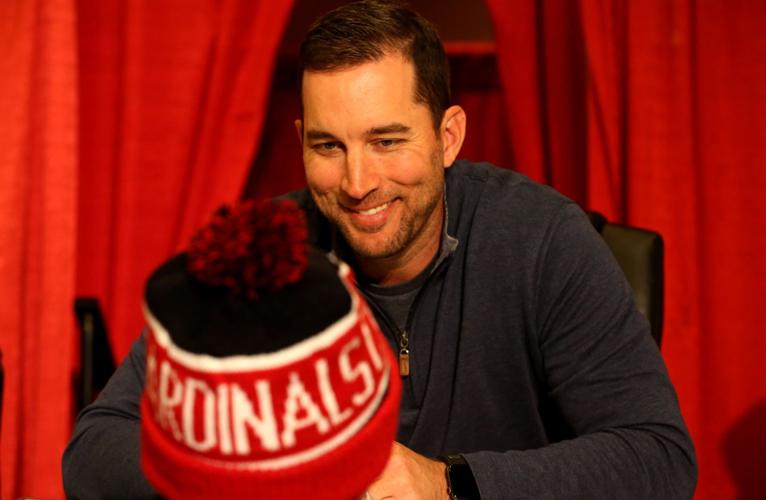 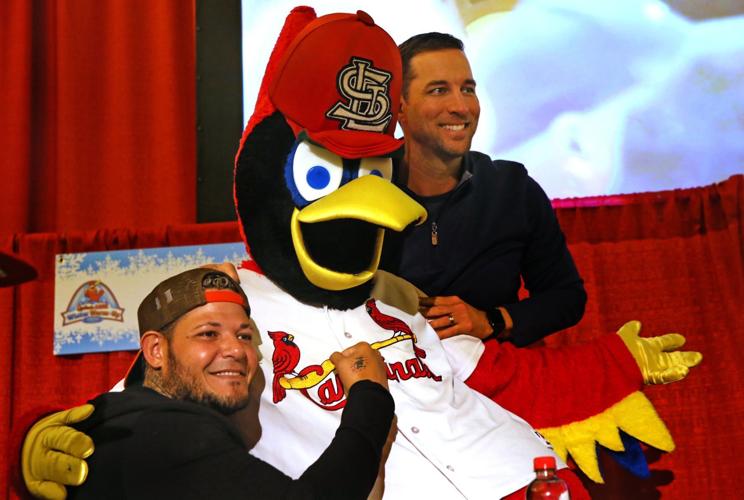 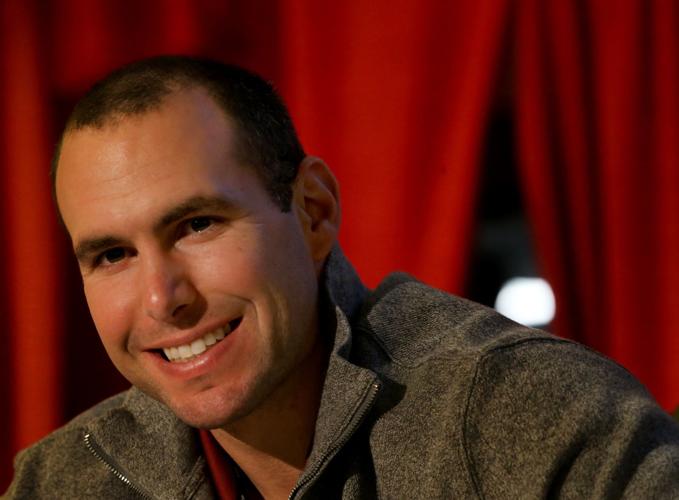 St. Louis Cardinals first baseman Paul Goldschmidt smiles as he signs autographs on day three of the Cardinals 2020 Winter Warm-up on Monday Jan. 20, 2020, at the Hyatt Regency St. Louis at the Arch.