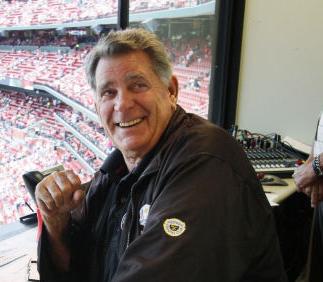 Mike Shannon has had a lot to smile about in his tenure as a Cardinals broadcaster. He begins his 50th — and final — season on the air Thursday. (Post-Dispatch file photo by Chris Lee) 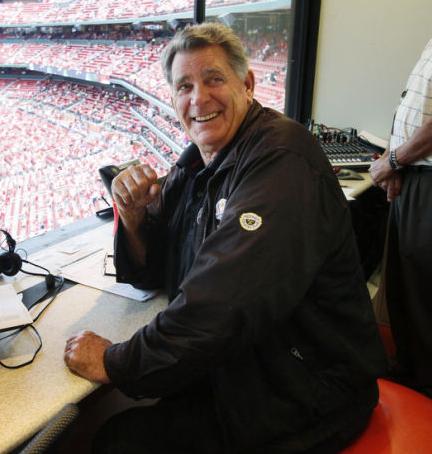 Mike Shannon has had a lot to smile about in his tenure as a Cardinals broadcaster. He beings his 50th — and final — season on the air Thursday.

The Cardinals’ home opener always is a special day in St. Louis, and this season it carries some extra oomph. That’s not just because baseball — and the world — is emerging from the coronavirus pandemic that has affected life in general for more than a year. Thursday also will be a milestone day for broadcaster Mike Shannon.

It will be his 50th home opener as an announcer for the team, and it will be his final one in that role as he is retiring at season’s end. Shannon is to be honored during pregame festivities that begin at 2:30 p.m., with a recorded tribute that is to be shown in the ballpark a few minutes later and also carried on television (Bally Sports Midwest) and the team’s radio network (KMOX, 1120 AM locally).

Because of coronavirus-related logistics, Shannon and his fellow Cardinals Hall of Famers will not be taking their customary positions on the field during the ceremonies. Instead, most will be in the “batter’s eye” area behind center field. Shannon, though, will be in the radio booth when the spotlight turns to him after that special tip of the cap is finished.

“He’ll be up there wearing his red jacket,” broadcast partner John Rooney said Wednesday. “It should be a big day for Mike.”

The game, against Milwaukee, begins at 3:15 and Rooney said any additional salutes during the broadcast will be spontaneous.

“I think we’ll let it happen as things go along,” said Rooney, who has been working with Shannon since coming to the Cardinals in 2006. “There will be plenty of opportunities during the season.”

The team is planning many tributes all year long to Shannon, who as a third baseman and right fielder was part of three Cardinals World Series teams — two champions — in the 1960s. The entertainment during home games this season will include recorded vignettes from former Cardinals, as well as celebrities, discussing Shannon. He also will provide some of his own memories about his long tenure with the organization, to which he has been tied since signing in 1958.

The Cardinals Radio Network (including KMOX) also plans to have Shannon features on the pregame show on the days he will be on the air all season, starting Thursday with a segment that includes his call of a Ken Reitz three-run homer in 1977 that was part of a game in which Reitz drove in eight runs. That is in remembrance of Reitz, who died last week.

Bally Sports Midwest also has a separate segment on Shannon, done by Scott Warmann, that is scheduled to run during its pregame coverage. That begins at 1:30 p.m.

Many of the Shannon tributes fittingly are sponsored by Budweiser — a beverage Shannon often has encouraged fans to have “a cold, frosty one” of over the years.

He is scheduled to call about 50 contests in his final season, including two others on the team’s first homestand — which runs through Wednesday. He’s to join Rooney again on Saturday and Monday. Rooney will work with Ricky Horton for the others.

Rooney said he is looking forward to having a good time in Shannon’s final season in the booth.

“It’s always fun with Mike,” Rooney said, adding that he is glad spectators will be back in the stands for the farewell fling. “Mike always gets a big kick out of the fans — whether it’s kids chasing a foul ball or eating cotton candy.

“We will be (honoring) him for the whole year, try to make it one that Mike’s going to remember and have a lot of fun with. That’s the goal.”

Hochman: Cardinals fans can finally say, after long last: 'Meet me at Musial!'

What a blast: Goldschmidt, Arenado & Carpenter homer in Cardinals 14-3 romp vs. Washington

Cardinals chase Strasburg from his start with a nine-run fifth inning. Flaherty allows one run in five innings for the win.

Phillies pounce on Martinez for six-run inning and breeze to 9-2 victory vs. Cardinals

That first at-bat would come in the second inning, the cherished first hit would come three innings after that, and a runner would dare to try…

When Gussie Busch bought the Cardinals in 1953, he asked, 'Where are our Negro ballplayers?'

The Cardinals search turned up first baseman Tom Alston, who broke into the team's lineup on April 13, 1954.

A day after scoring nine runs, the Redbirds are blanked for the second time in four games.

On a night of small ball, Nationals go bigger to beat Cardinals 5-2

Mike Shannon has had a lot to smile about in his tenure as a Cardinals broadcaster. He begins his 50th — and final — season on the air Thursday. (Post-Dispatch file photo by Chris Lee)

Mike Shannon has had a lot to smile about in his tenure as a Cardinals broadcaster. He beings his 50th — and final — season on the air Thursday.