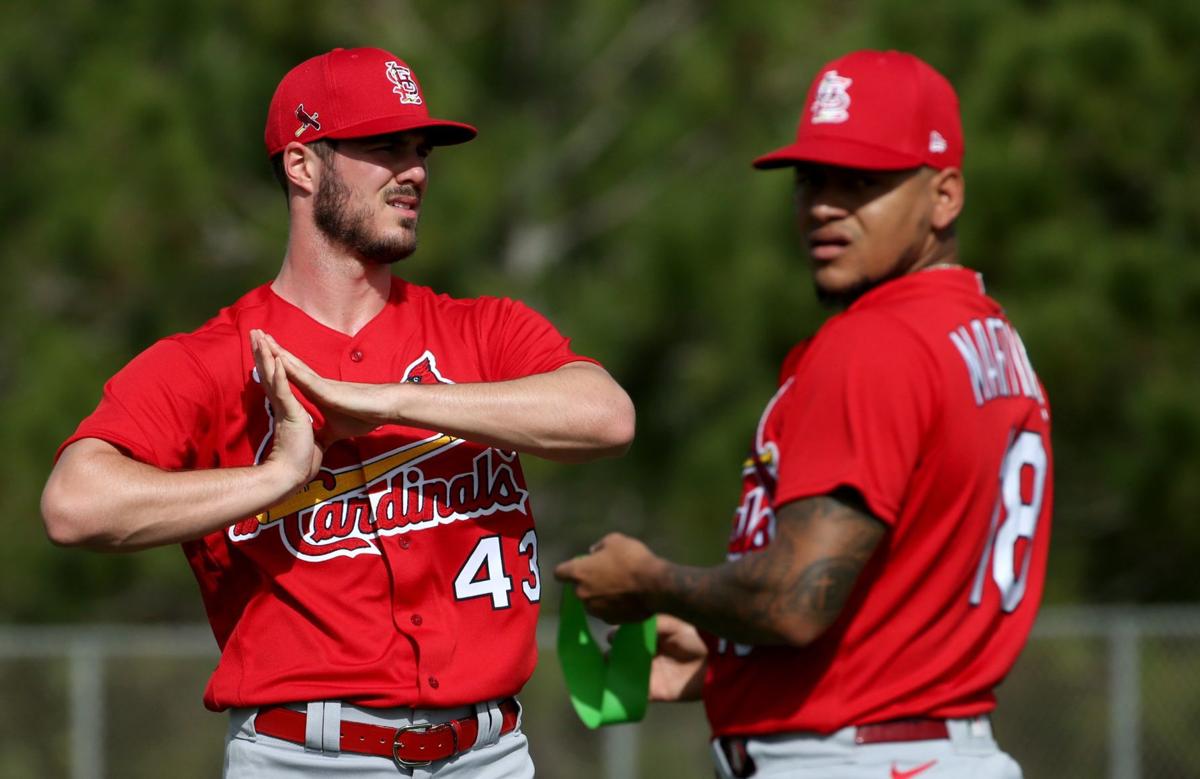 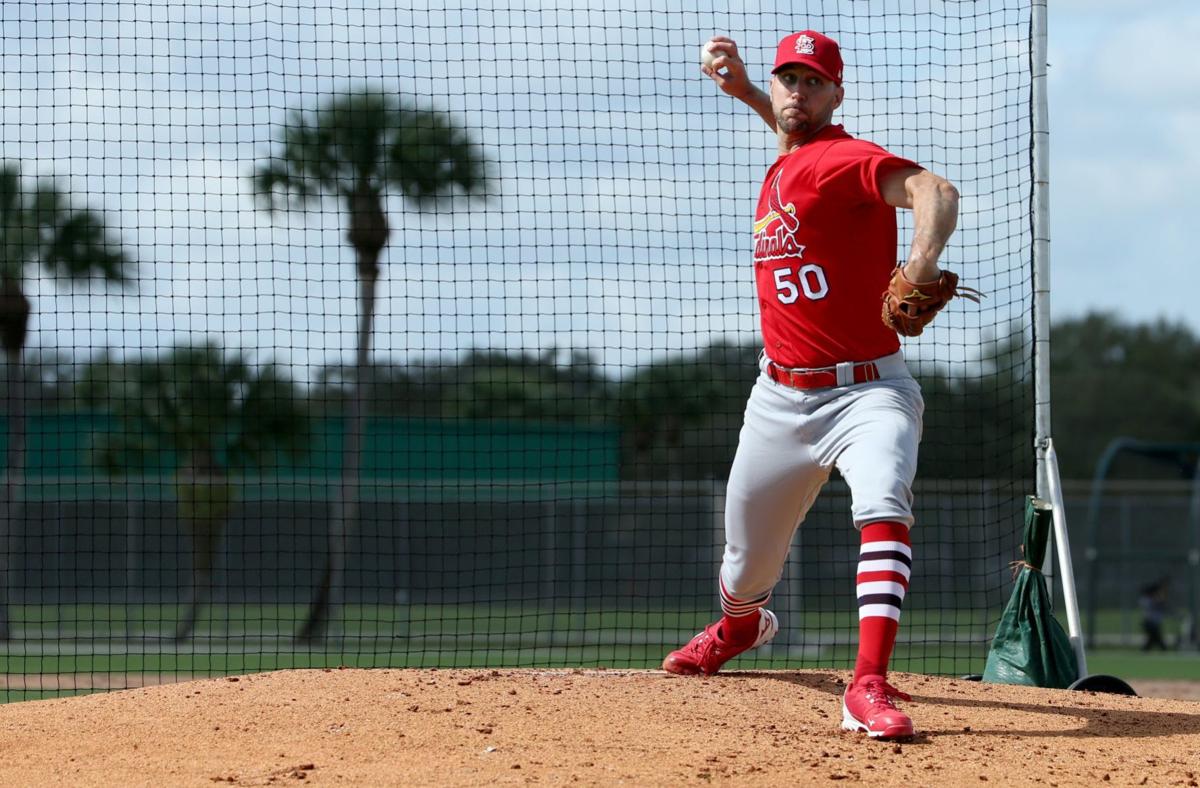 PORT ST. LUCIE, Fla. — As he detailed what he does to get ready in the days and hours leading up to a start, Michael Wacha realized, even now on his own as a New York Met, how much of his regimen is inspired by watching Adam Wainwright, right down to his pregame meal.

“Peanut butter and jelly sandwich with his fruit,” Wacha said. “No crust.”

As he’s aged from closer to Cardinals ace, Cy Young Award contender to comeback story, Wainwright’s adherence to detail has powered his recovery and longevity, and not just when it comes to trimming crusts. His preparation puts an emphasis on what he does in the weight room, what he throws in a bullpen session, and even what he has in his DNA. He used the results of a genetic test to rewire everything from what he eats to how much he runs.

A disciplined regimen has kept Wainwright in the rotation. It could be what gets Carlos Martinez back into it.

Wainwright and Martinez — the Cardinals’ opening day starters from 2013-2016 and 2017-2018, respectively — made their first appearances of spring Sunday and shared the first four innings against the Mets at Clover Park. After snappy first innings, both righthanders fell behind hitters in their second inning. Wainwright ran out of pitches before he got out of the frame and finished with 20 balls in his 38 pitches. Eleven of his 18 pitches in the second were balls. The veteran said he got “jumpy,” his fastball elevated. Martinez sped through his first inning before two walks led to two runs. Yet, as he finished his 34-pitch outing, one new teammate asked Wainwright if Martinez was always this unfazed, this “cool as a cucumber.”

“Everybody knows he’s got tremendous stuff,” Wainwright said. “The game is always real easy for Carlos from an athletic point. When he gets himself in the right mind frame and position to make pitches, he can be really, really dangerous. He’s one of the most talented people in the game. No question about it.”

He’s been one of the more enigmatic talents the past two years.

A curious spring training that saw him pitch on back fields and out of sight culminated in a messy opening-day start against the Mets in Queens on March 29, 2018. Martinez walked six, struck out five, and hinted the months of uncertainties ahead. By the end of that season, he had shoulder trouble that put him in the bullpen. A year ago, he didn’t throw an inning in spring games because of shoulder weakness and concern. He was back in the bullpen, eventually taking over as closer for 24 saves.

Through it all, Martinez expressed his wish to return to starting — to reporters, to coaches, to anyone within earshot. Saying it over and over didn’t take him home to the role he wanted. The rotation isn’t Kansas.

“Look, he can’t be in the starter’s mix if he’s not out here,” manager Mike Shildt said. “And he is. He’s out here giving himself a legitimate shot to compete for that spot, and we’re pulling for him. … I think games are going to matter. I think it’s really what he does during the work and how he recovers between games that are going (to matter) as we start to ramp it up. With the weapons he has, it’s about the recovery.”

It’s also about the resolve.

The Cardinals have in recent years lobbied for Martinez to embrace a more consistent between-start and pregame approach. He’s gotten by with what peers call some of the best stuff in the game, but to harness it he needs aim off the mound, too. There was at least once in 2018 when he arrived so shortly before first pitch that the coaching staff began readying another starter. The team and Martinez have traced some of the shoulder issues and inconsistent strength back to his conditioning. He threw himself into a workout program this winter that allowed him to slim down, carry less weight in his torso, and gain more trust in his fitness.

Martinez, who was unavailable for comment after his two innings Sunday, described this past week how he has a daily plan that now involves flexibility exercises.

As he dealt with a recurring shoulder issue, Wacha had to change his between-start work — and devote himself to it. It became his new norm, and as he did he started seeing what Wainwright had shown him by example all along. Wacha said he remembers sitting in pitchers’ meetings with Wainwright and hearing him say often how “he was always overly prepared for games.” That way he had no regrets. That way he could get the most from the stuff he had and let others get less with more stuff. Wainwright had to learn that, too.

“If I would have stayed like I was in the Atlanta system — stubborn and hardheaded and not willing to change or learn — then I’d probably be teaching middle schoolers right now, coaching baseball on the side, and not that there’s anything wrong with that,” Wainwright said. “If I had been real dogmatic about staying with what I was doing, I would be out of the game for sure.”

As he continued his explanation he then used a phrase Martinez has often used this spring to describe how he gets ready for the starts that will determine if he stays a starter.

“Listen to my body a lot more than I used to,” Wainwright said.

By the time Wainwright reached the clubhouse Sunday he already had a text from Wacha chiding him for a 3-2 curveball to Tim Tebow, the Mets outfielder and former Heisman Trophy winner. Both Wainwright and Martinez walked Tebow. Wainwright did on his final pitch — only the fourth curveball he threw. He purposefully avoided his best pitch to work on fastball command and his changeup. He spent the winter drilling on driving his palm through the delivery of the fastball and saw an uptick in velocity, hitting 91 mph Sunday.

Until Martinez’s 13th pitch, Wainwright’s fastball was the swiftest thrown by a Cardinal. Martinez purposefully worked at the lower octave of his velocity — for command, for movement, and for results. Three of the singles he allowed were on the ground. One was against the shift. Another slow-rolled up the first-base line.

How he recovers and how he prepares will be determining factors in whether he finishes spring as a starter. For Martinez, Sunday was what he’s been trying to earn.

It was a start.

“He could be what he has shown,” Shildt said. “The All-Star.”

Infielder Edmundo Sosa, 23, is considered one of the finest gloves in Cardinals’ camp this spring.

The conversation in the Cardinals’ clubhouse after a maddening loss in the NLCS was one that would echo into the winter.