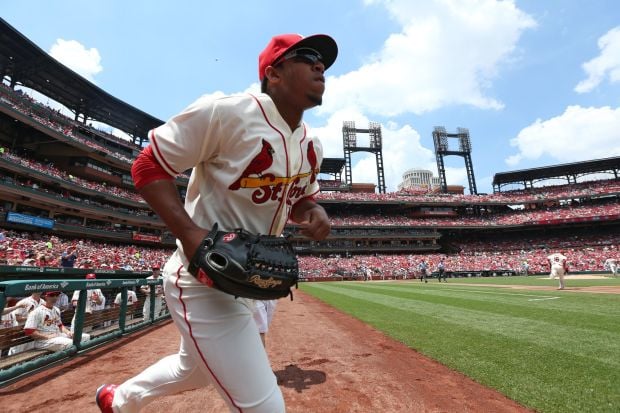 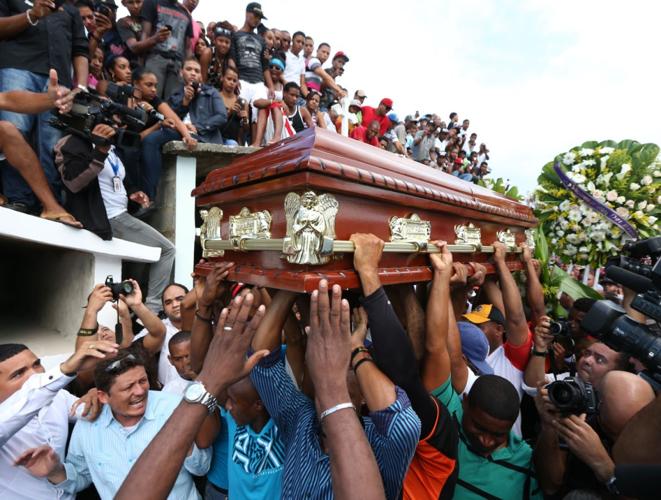 Tessie Sanchez, a spokeswoman for the Dominican attorney general’s office, told The Associated Press that toxicology reports showed Taveras had a blood-alcohol content of 0.287 percent, more than five times the legal limit in the Dominican. On Oct. 26, Taveras was driving at a high speed, according to officials, along a narrow highway during a rainstorm when he lost control of his 2014 Chevrolet Camaro and crashed into a tree. Officials later confirmed he and his girlfriend died at the scene.

Cardinals officials said they had not seen the official toxicology report from officials in the Dominican and could not confirm the report. Team officials, including general manager John Mozeliak, were at the general manager meetings at the Arizona Biltmore in Phoenix when they first learned of The Associated Press report. Taveras’ agent, Brian Mejia, said the family had not yet received the toxicology findings from police. He declined to comment until he had seen the official report.

“We have seen media reports regarding Oscar Taveras that have come out this afternoon, but have yet to receive official notification from the Dominican,” Mozeliak said in a statement released by the team in Phoenix. “Until we have the opportunity to review the official report, we cannot confirm details. While we are still working to obtain the facts, it won’t change the fact that this is a terrible tragedy. We have an obligation to use this as an opportunity to educate our players that they must take responsibility for themselves both on and off the field.”

The toxicology report adds details to the initial police reports that lacked any explanation for the accident beyond the car’s estimated speed and the downpour that flooded some streets in the area.

The Northern Regional National Police issued a report shortly after the crash that Taveras’ red Camaro hit a tree along the Sosua-Cabarete freeway. Taveras, the report said, died of multiple injuries while receiving care at the Sosua-Cabarete Medical Center. The Cardinals subsequently heard from officials that Taveras was dead before the medics took him from the scene of the accident. He was not carrying identification but was identified immediately by family members.

Taveras and his girlfriend, Edilia Arvelo, 18, were traveling with a group of cars returning from a cookout. Taveras’ cousin was in a car behind Taveras’.

Police in the Dominican initially reported that they didn’t suspect alcohol as a contributing factor in the accident, citing only the speed and the road conditions. Major League Baseball assigned an investigator to collect and uncover additional details of the accident. The Cardinals at one point said they were awaiting the results of that investigation but the early information did not mention alcohol as a factor.

The toxicology report puts Taveras’ blood-alcohol content at more than five times the legal limit of 0.05 percent in the Dominican, according to the World Health Organization. The limit in the United States is 0.08 percent.

Sanchez told AP that Taveras was “legally intoxicated when he crashed.”

Taveras’ is the third death of an active player for the Cardinals in the past 12 years, the second to have involved driving while intoxicated. In 2007, Josh Hancock was killed when he struck a parked truck along Highway 40, not too far from Busch Stadium. Authorities reported that Hancock’s blood-alcohol level was 0.157 percent, almost twice the legal limit, at the time of his death.

Throughout this week at the general manager meetings, Mozeliak and the Cardinals officials have been receiving condolences from their peers even as they begin the process of rethinking their roster because of Taveras’ death. Mozeliak explained Wednesday that the team had planned to get Taveras between 500 and 550 plate appearances in 2015 — enough to be considered a starter in right field — and invite him to be an impact piece of an improved offense. One of the top hitting prospects in all of baseball the past several years, Taveras made his major-league debut this past season and hit .239 with three homers and 22 RBIs. He hit his first career postseason home run in Game 2 of the National League championship series, the only game in that series against San Francisco that the Cardinals won.

Taveras’ first big-league hit and last hit in the majors were both home runs.

“He was going to be a big part of what we wanted to do,” Mozeliak said earlier this week.

Taveras returned to the Dominican immediately after the Cardinals’ season ended. Shortly before the accident, he had told a club official he intended to report to the team’s facility in Jupiter, Fla., earlier this month, what would have been just days after the accident.

The toxicology report comes two weeks after Taveras’ funeral. The rookie was buried two days after the accident, and Cardinals officials had to travel immediately to the Dominican Republic to attend. Mozeliak explained Wednesday how manager Mike Matheny personally reached out to every member of the 40-man roster to notify them of Taveras’ death and to help any of them mourn. The Cardinals’ also made their employee assistance program available to players.

Carlos Martinez, who grew up with Taveras, was the lone player to attend the services in Sosua, Dominican Republic. He said the day of his friend’s and teammate’s funeral that Taveras’ accident was “a reminder to me, an example that I have to keep doing the right thing. It’s a lesson for all of us.”

Cards have room to spend if necessary

Mozeliak says Cardinals have 'payroll muscle, if needed.' Club will avoid getting into bidding wars but is open to pursuing the right player.

Bernie: Taveras and the avoidable tragedy

The death of the Cardinals' rookie outfielder becomes more difficult to deal with after the disclosure of his fatal drinking and driving.

Matt Carpenter has been a two-time All-Star while serving as the Cardinals’ leadoff hitter, but moving him to second or third in the order might be the jolt their offense needs.

Cards have to ramp up their efforts to educate players about the dangers of irresponsible and potentially deadly choices and actions.

Thousands turned out in Sosua, Dominican Republic, as Cardinals outfielder Oscar Taveras was laid to rest Tuesday. Chris Lee of the Post-Dispa…

Cardinals outfielder, 22, was killed  in a car crash in the Dominican Republic.

Cards ‘all too used' to dealing with death

Edmonds and Wainwright reflect on the Kile and Hancock tragedies. La Russa says treating the team as a family is vital in the wake of Taveras' death.

Thousands line streets of his hometown to say farewell to Cardinals outfielder Oscar Taveras,, who had attained the dream of playing in the major leagues.

Cards hope others will learn from Taveras’ death

Team hopes players will learn more about the hazards they face off the field.

Words can't express the sorrow over a young life lost. And the unspeakably sad ending to a promising career that was just getting started.