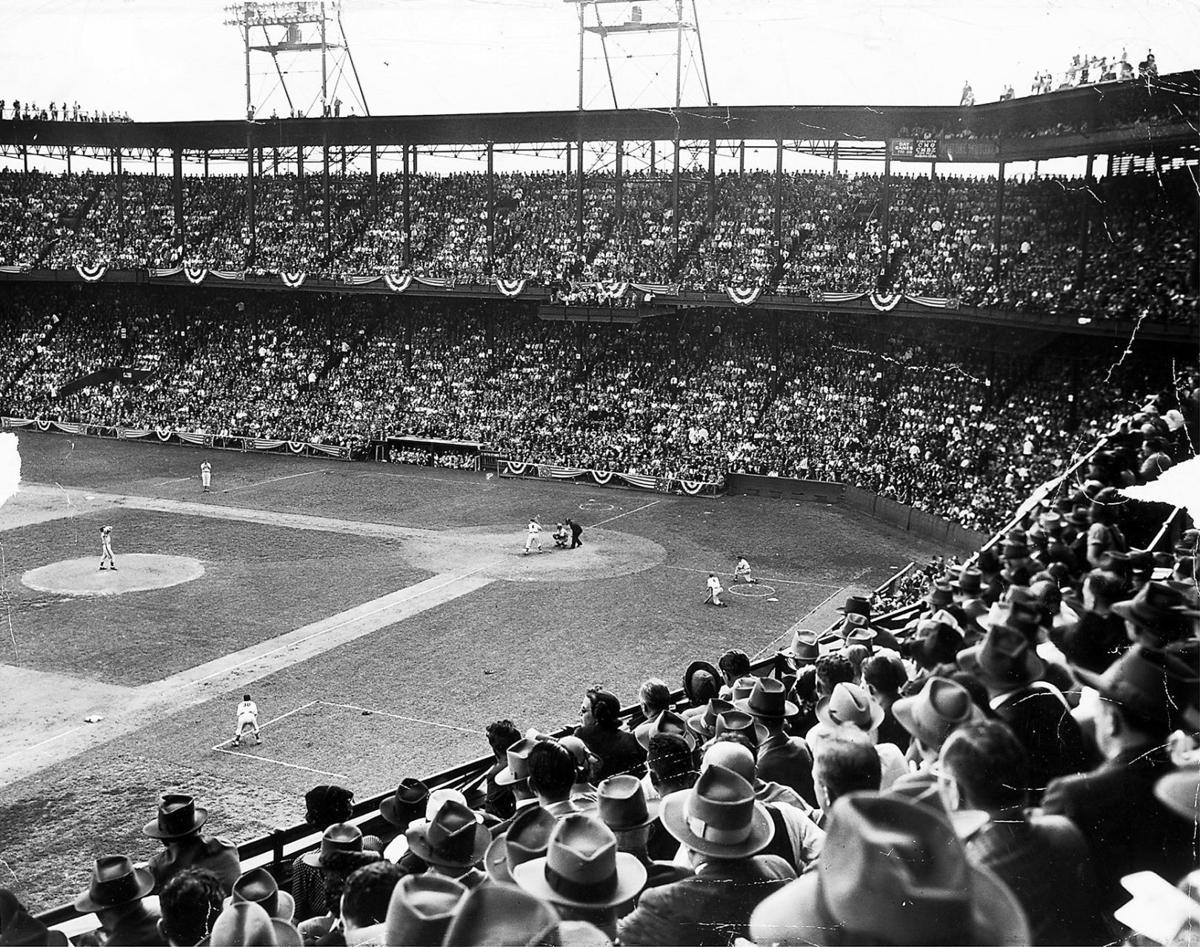 Post-Dispatch photo from the upper grandstand along the left-field line at Sportsman's Park shows the crowd attending Game 1 of the all-St. Louis World Series between the Cardinals and Browns in 1944. Most of the people on the stadium's roof were photographers.

NEW YORK  — The World Series will be played entirely at the Texas Rangers’ new ballpark in Arlington, Texas, as part of a bubble agreement between Major League Baseball and the players’ association.

It's the first time the sport’s championship will be played entirely at one site since 1944 in St. Louis, when the Cardinals beat the St. Louis Browns in six games at Sportsman's Park.

As part of an agreement finalized Tuesday, the Division Series, League Championship Series and World Series will be part of a bubble designed to minimize exposure to the coronavirus, which decimated the regular season and limited it to a 60-game schedule for each club. The best-of-three first round of the postseason — expanded from 10 to 16 teams this year — will be at the top-seeded teams.

Texas is last in the AL West at 17-30 entering Tuesday, with little chance of advancing to the postseason.

“In the view of our infectious disease experts, the biggest risk of exposure for players and staff is contact with family members and friends who have been exposed to COVID-19 in their communities,” Deputy Commissioner Dan Halem wrote in a memo sent to teams Monday night. “Nearly all of the positive test results that have been reported for players and staff in the last month can be traced back to contact with an infected family member, domestic partner, or friend outside of club facilities.”

Halem said MLB and the players’ association were in the process of finalizing details of the agreement, which provides for players to be tested daily during the postseason.

While the NFL plays the Super Bowl at a neutral site selected in advanced, baseball has resisted the idea, which has been long advocated by prominent agent Scott Boras.

The World Series was last played at one site in 1944 at Sportsman's Park in St. Louis, where the Cardinals beat the Browns 4 games to 2. New York's Polo Grounds hosted all the games in 1921 and 1922, the last two seasons it was the home of both the New York Giants and Yankees. The Giants won both titles.

AL teams in mathematical contention are to start a transition period on Sept. 22 and NL teams the following day in which up to 28 active roster players, 12 taxi-squad players and 50 additional personnel ranging from bullpen catchers to front-office staff must remain at the team's transitional hotel or travel with the team on the road.

Under an exception wanted by the players' association, any player who either lives him himself, lives with a spouse or domestic partner who is pregnant or has special medical needs documented by a physician or is living with children may quarantine at home during the transition period, with a provision that MLB will not approve a large number of requests to quarantine at home.

Only spouses, domestic partners, children and child care providers can stay with players during the transition period, and people other than players may not bring family to the transition hotel or on the road. Family members will not be allowed into the bubble hotels at the four sites unless they complete a supervised seven-day quarantine.

A player also may have up to six family members and quests stay at separate family hotels at the four sites. MLB said it will use best efforts to arrange visits in supervised, outdoor places.

He allows eight runs in 12-3 drubbing by lowly Royals, and likely will be positioned on the trading block this offseason.

Cardinals 'have our destiny in our own hands' heading into 5-game series vs. Brewers. Derrick Goold breaks down the playoff possibilities.

After providing a pregame report on KC's starter, who walked five in the first two innings, Cards' rookie falls just short of hitting for the cycle.

Also: While in Pittsburgh, Cardinals pick up lefty from Pirates' system.

No 'slug' means no success for Cardinals in Kansas City

Cards fail to get a runner past second after the fourth inning and fall 4-1, leaving them tied with Reds for NL Central's second-place playoff berth.

Team had avoided cuts to its baseball operations staff but must streamline for next year.

Team had avoided cuts to its baseball operations staff but must streamline for next year.

Post-Dispatch photo from the upper grandstand along the left-field line at Sportsman's Park shows the crowd attending Game 1 of the all-St. Louis World Series between the Cardinals and Browns in 1944. Most of the people on the stadium's roof were photographers.