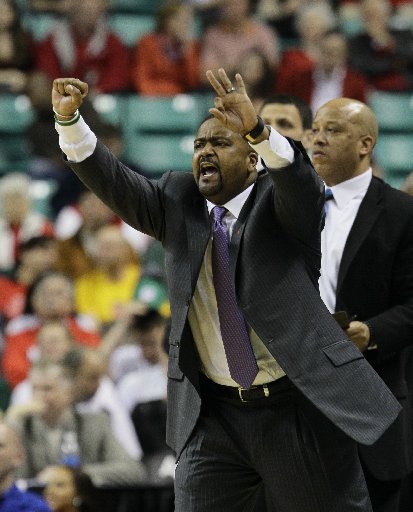 Frank Haith has been hired as the Missouri Tigers basketball coach after seven seasons as head coach at Miami (Fla.). 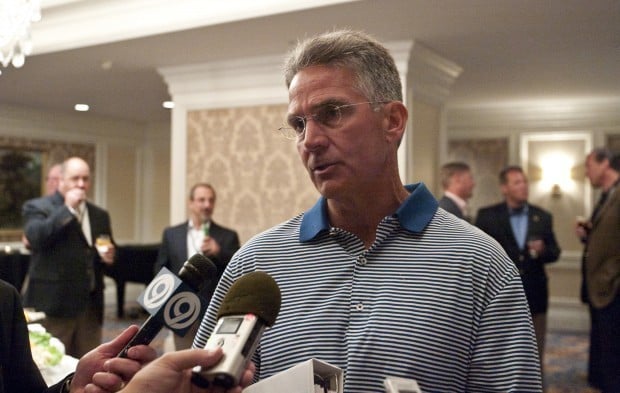 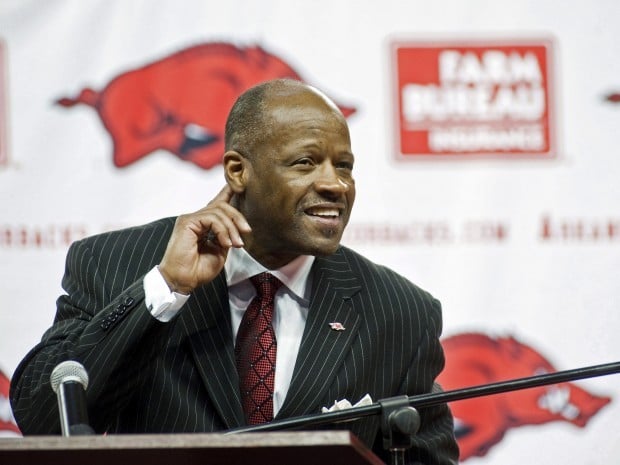 HOUSTON • While it's not exactly the biggest conversation starter at the Final Four -- that would be the serious chatter about Butler vs. Connecticut in tonight's national championship game -- the Missouri coaching search continues to create a buzz wherever coaches and athletics administrators gather.

In Reliant Stadium on Saturday night, in the coaches' hotel all weekend long, and Sunday night as the crowd mingled before the National Association of Basketball Coaches awards show, one of the biggest puzzles was who is going to be Mizzou's next basketball coach.

Even the old Tiger coach himself, Norm Stewart, was a bit curious about the process as he hung out in the aisles of the Cullen Theatre before he received his Golden Anniversary Award from the NABC.

"What have you heard? Tell me what you know because I haven't heard a thing," he said with a clever wink and a smile. "I kind of like it that way, too."

But something was about to happen, that much we knew. What everyone was talking about was not only what Mike Alden, the MU athletics director, was about to do but also how he was going about doing it.

One of the smartest observations I heard all weekend came out of the mind of ESPN basketball analyst Fran Fraschilla, who as it now turns out was almost prescient.

"Mike needs to go back to his old way of finding coaches," Fraschilla said on Saturday. "He has always had his greatest successes when he went after the guys who were on the verge of making a name for themselves, not the guys who were already stars in the business. Mike Anderson wasn't Mike Anderson when Alden hired him five years ago. He wasn't a proven guy. He wasn't a multi-million-dollar guy. He was Mike Anderson from Alabama-Birmingham. Mike needs to find a guy like that."

So after several swings and misses at a lot of really big names (he was rejected by the high-profile likes of Matt Painter, Tubby Smith and perhaps even Shaka Smart), missing out on other potential candidates who were scooped up before he got a shot at them (Cuonzo Martin, Brian Gregory and perhaps even Lon Kruger), Alden apparently did fall back to his roots.

Frank Haith was so completely under the radar, so completely off the map, such a jaw-dropping surprise that it completely accentuates just how bold a course on which Alden has embarked.

The coach from the University of Miami is not the sort of hire who will win the news conference, not after so much buzz over the past two weeks about Painter, Smith and even the one-in-a-million dreams of Smart.

But that is what makes the Haith hire so intriguing. Alden has staked his legacy on this move, because he knows that Tigers fans with stars in their eyes will greet Haith with a lukewarm reception.

But think about it for a moment. Haith went to an impossible job at Miami and made something of it.

Yet Haith made it work.

He guided the Hurricanes into the second round of the NCAA tourney in 2008 and has won more than 20 games in three of the last four seasons.

Again, if that doesn't sound like a big wow, I get it. But put it in context. He did it at a school at which basketball is not a priority.

So Alden is projecting what could happen if Haith could be in a place where hoops and football are on equal footing like Missouri. Plus, Haith is familiar with the Big 12 after serving as an assistant at Texas A&M and Texas.

I am not going to pout, grumble or say this is a bad hire. Frank Haith can coach. He knows what he is doing even if you don't know that much about him.

We'll find out if what Alden just did was something inspired, because quite frankly it takes a lot of guts to pull the trigger when everyone was waiting on fireworks and crashing cymbals and what they got instead may be the sound of a smooth jazz riff.

Watch now: 'Happy to get a win,' Cuonzo says

Watch now: 'Happy to get a win,' Cuonzo says

Watch now: Army will want to ground and pound Tigers in bowl game

Watch now: Army will want to ground and pound Tigers in bowl game

Ten Hochman: From Husso to Who? Blues navigate goalie situation in epic win

Ten Hochman: From Husso to Who? Blues navigate goalie situation in epic win

New basketball coach is a move few, if any, saw coming.

Here's the larger question surrounding Mizzou's hiring of Frank Haith: what is it about this job that seemingly turns more attractive candidates off?

No worries for Butler

Many figured last year that the Bulldogs would never be on college basketball's largest stage again. Heck, it only took them one year.

Frank Haith has been hired as the Missouri Tigers basketball coach after seven seasons as head coach at Miami (Fla.).