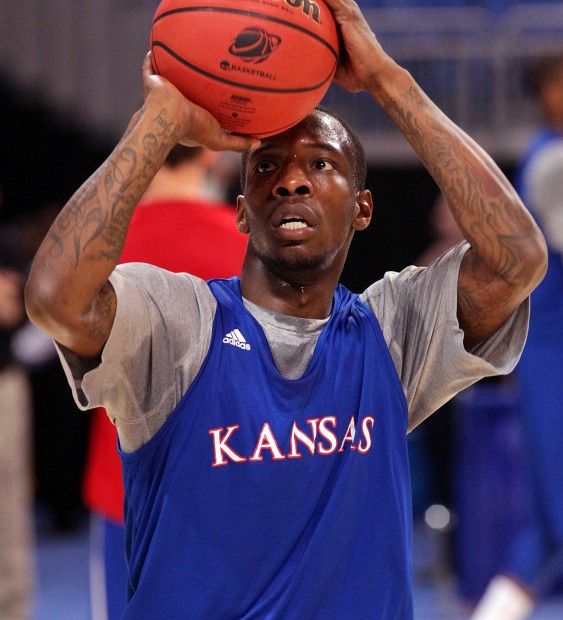 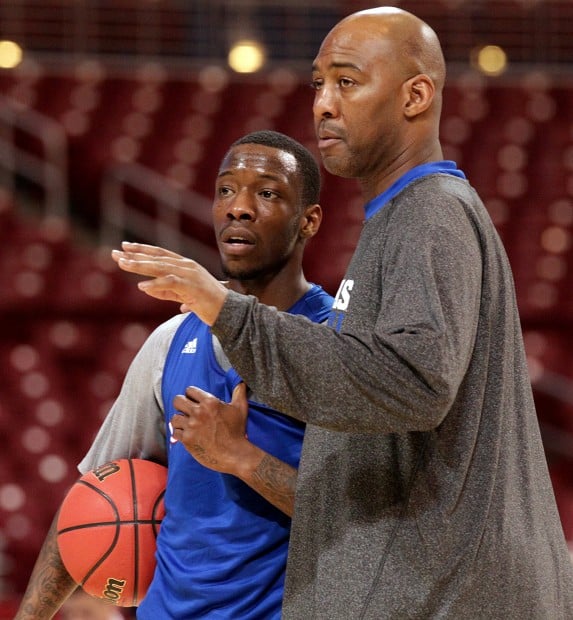 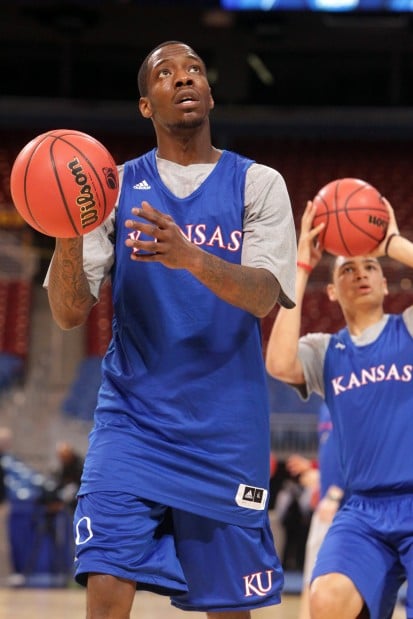 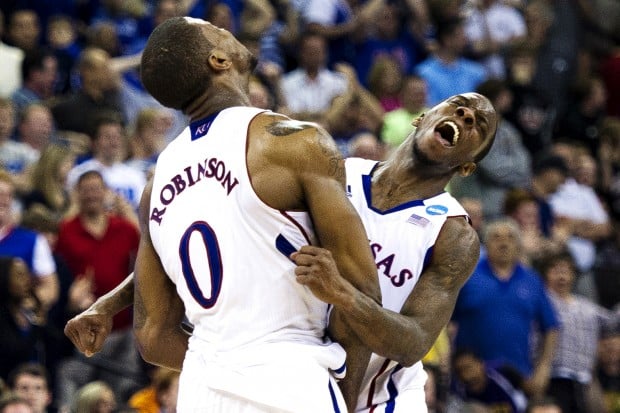 Tyshawn Taylor has lived with detractors during his four years at Kansas: the fans and media who have criticized his ball handling, questioned his attitude and rolled their eyes with each off-the-court issue.

Ultimately, the point guard concluded, he won the battle because as his career winds to a close, Taylor is still standing, prepared to lead the Jayhawks in the Sweet 16.

But pushing himself through these four years was merely the conclusion of a process that started as a kid, when responsibilities were far more significant. As Jeanell Taylor's oldest child, Tyshawn was forced to lead and deal with adversity from an early age, just as he was as a starting freshman in 2008.

"I had to grow up a little earlier than my time because I was the only male around," he said. "The hardest thing was having to baby-sit my sisters and pick them up from school at 9 or 10 years old, when somebody should have been picking me up. I never complained or felt bad about it. It's just something I had to do."

These days, Taylor is the elder statesman on a Kansas team that will face North Carolina State tonight at the Edward Jones Dome at approximately 9:17 p.m. Along with center Thomas Robinson, it's his job to pick up the Jayhawks when they need a boost.

It's just something he has to do.

When the season started, Taylor was the one Jayhawk with an abundance of experience. A four-year starter, he has responded with his best offensive season, averaging 16.9 points and 4.7 assists.

To survive to this point, he has weathered suspensions and criticism. But when asked about being a polarizing element among fans, Taylor simply smiled and acknowledged that status.

"When you prove people wrong, it's a really good feeling," he said. "I looked the other day in my locker and had some stories saying, 'Ty is not this good' or 'If the team is going to be any good, it's because Ty changes his attitude.' It's a good feeling when you do things people don't expect.

"When you hear so many people doubt you, I feel the chip isn't put there by you, they put it there. I just wear it well I guess. I don't think I played to prove people wrong. But as I'm doing good, I actually get to look back and say, 'You're not right and I am. I can actually do this.' "

Kansas coach Bill Self has lived with the good and bad from Taylor. He suspended his point guard last year for two games for breaking team rules and handed out another suspension for the Jayhawks exhibition games this season.

Before those incidents, Taylor was involved in a well-publicized fight between Kansas basketball and football players in September 2009. But in the end, Self looks at what he has overcome and likes what he sees.

Taylor endured tougher times as a kid. Born in Hoboken, N.J., his family moved for a time to Florida before returning to New Jersey. He discovered his basketball skills and took on family responsibilities.

There were also hardships, such as when the family moved into a homeless shelter for about 1½ months. He learned a considerable amount about his mother through the ordeal and other challenges.

"It wasn't because we didn't have a house to go to, but my mother had too much pride and didn't want to ask anyone for anything," he said. "She would rather do it on her own. That was a time when she could work and save money so we could do some things for ourselves. My mother is one of the strongest people I've met in my life because she's overcome so much."

Now, Taylor is trying to prove for two more weeks that he has done the same. He has started 123 games at Kansas and scored 1,523 points.

Starting his senior season with a suspension was not the best indication that he had turned the corner. But Taylor focused on doing what was necessary on a team that was undergoing a transformation.

He never had averaged more than 9.7 points but took on the load and outdid himself in Big 12 play, producing 18.6 per game as the Jayhawks won their eighth consecutive regular-season championship.

"I probably put more pressure on myself than anybody else," Taylor said. "I felt I had to be good for our team to win, and in most cases that was correct. Being the guy who played a lot of minutes and being a senior, I had to lead by example. So, I tried to do everything right this year. I tried to stay out of trouble off the court and be an extension of coach on the court. I think I did a pretty good job."

As always, Taylor talks and laughs with ease. He's weathered the bumps and endured the critics and has brought his career near a conclusion, although he hopes the finish is four games away. Regardless, he feels a sense of success.

"Being here with you guys (media) is me showing I can overcome pretty much anything," he said. "Because I've been through a lot in my four years."

Who will leave St. Louis on the way to the Final Four?

One of our panelists goes out on a limb, the rest go with the big boys.

If Thomas Robinson hadn't managed to generate 11 free throws Sunday against Purdue, the Kansas forward might have been looking at his least pr…

Forward C.J. Leslie is averaging 14.6 points per game this season to lead North Carolina State but his past 10 games have been even better. In…

It will be loud at the Edward Jones Dome this weekend, but it might be even louder on the sideline if you're looking at Craig Sager's attire.