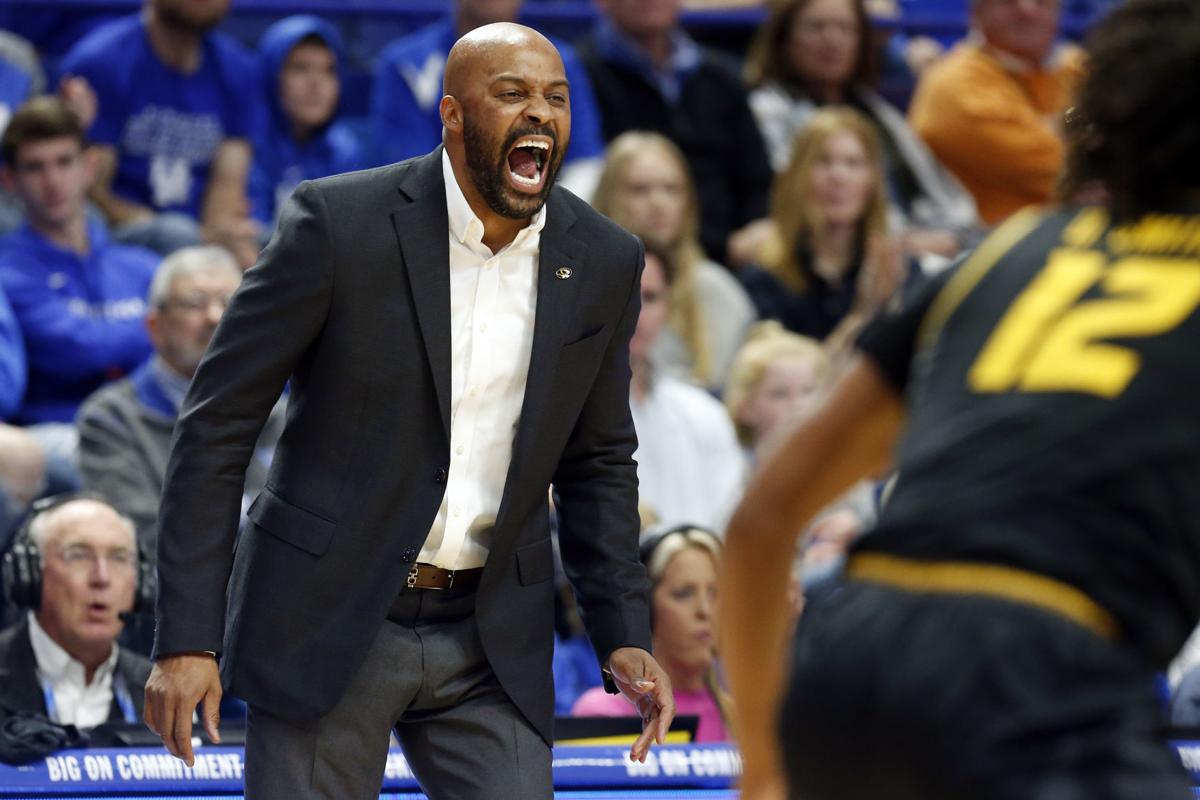 Missouri coach Cuonzo Martin yells to his team during a game at Kentucky on Saturday, Jan 4, 2020. (AP Photo/James Crisp) 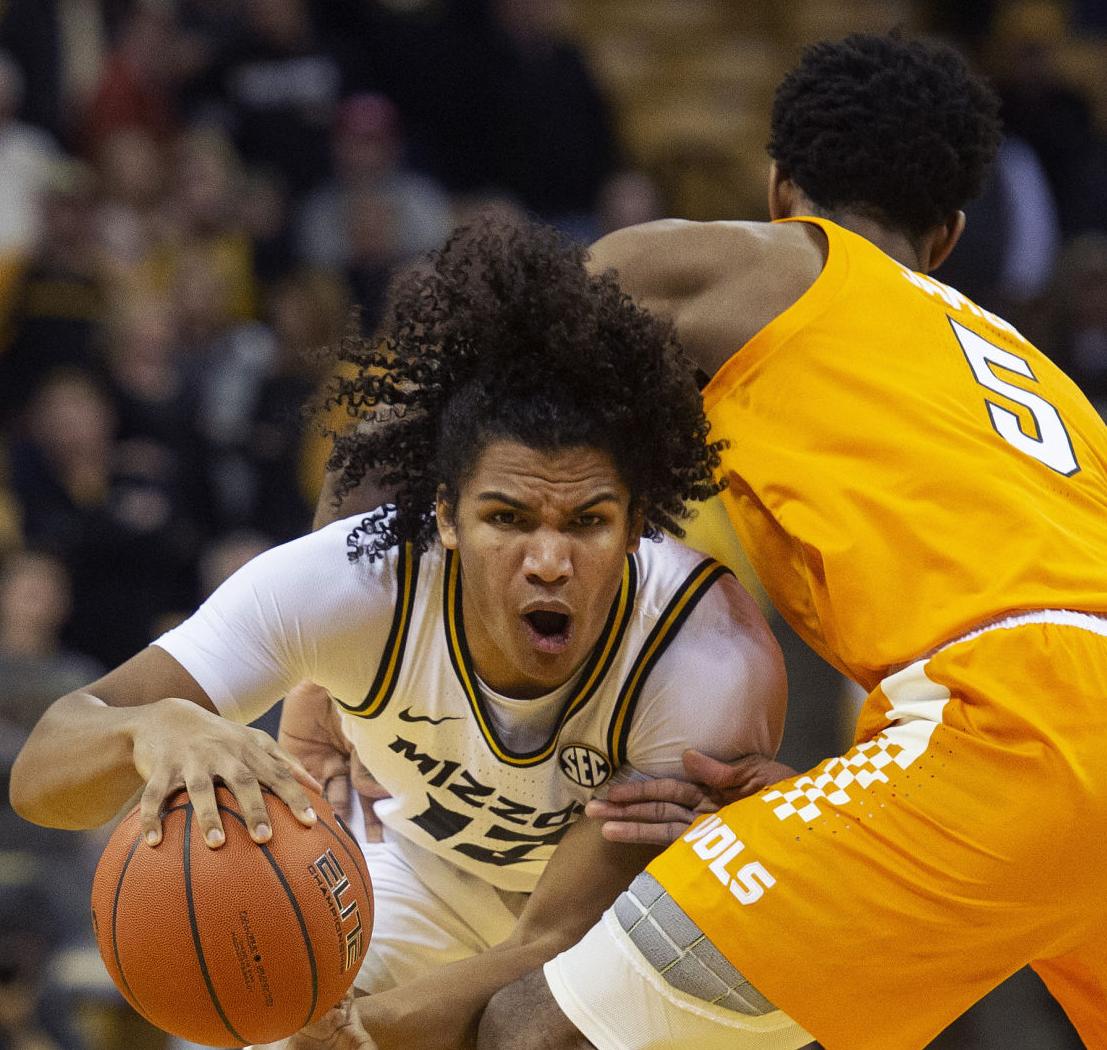 Like most teams in the country, the Tigers don’t have a finalized schedule for the 2020-21 season. The coronavirus has put schedule-makers on pause for months, all while conferences have focused on reconstructing their football calendars. Mizzou’s rivalry game with Kansas in Kansas City is off the schedule. The Braggin’ Rights Game against Illinois in St. Louis is up in the air. Rather than play a Thanksgiving tournament in Myrtle Beach, MU plans to be part of a restructured event in Orlando, Florida, the details of which are still being completed.

This much Tigers coach Cuonzo Martin knows: MU’s first game can tip off Nov. 25, as decided by the NCAA Division I Council, while Southeastern Conference play begins Dec. 29-30. Mizzou will eventually fill the five weeks in between with nonconference games.

Here’s what Martin doesn’t know: Should college teams be playing basketball during a pandemic?

“I think if we could play the game where there’s no students on campus and our players can live in the arena or go right to the dorm and back to the arena, I think that’s the safest way,” Martin said after his team’s first practice.

But that’s not reality on Mizzou’s campus, where classes are mixed, both online and in-person. He wants his players safe — several have already contracted and recovered from COVID-19, he said Wednesday — but he doesn’t want them isolated from the rest of society.

“I don’t know how we can ask 18- to 22-year-old young men and women to go to the arena (and) stay in the dorm,” he said. “That’s not the normal interaction of a college experience. On a Friday, Saturday night we’re hanging out. That’s what I’m used to. That’s normal. That’s my college experience,

“I just think it’s a hard thing to do. It’s just .. there’s so much uncertainty.”

“Honestly we’re just thinking about our teammates and also our families and everything like that,” senior guard Dru Smith said. “We understand that obviously (the virus) is bigger than us, it’s bigger than basketball. So we’re just trying to make sure that we’re doing everything we can here in the arena to stay safe but also still get the work that we need to prepare ourselves for the season that is looking like it’s coming up.”

The NBA bubble concept in Orlando, Florida, turned out to be success, but Martin doesn’t believe that kind of closed-off setting would be ideal for college players.

“Because just the mental stress,” he said. “Hearing from the NBA teams, they pulled it off and it was great, but just the anxiety, the stress of being in that environment can be tough with young men and women.”

Ever since the SEC canceled last season’s tournament in Nashville and sent his team home seven months ago, Martin has wrestled with how to manage his program during the pandemic. When the spring semester ended, instead of requiring players to return to Columbia for summer workouts in June and July, he let them stay home with their families if they wanted.

“I didn’t feel comfortable with (players coming back to Columbia,)” he said. “I really didn’t. And I still don’t feel comfortable with it. But it’s what we have to do. If one of our payers says, ‘Coach, I don’t want to play,’ I respect his decision because I care about their safety and well-being first and foremost. But here we are right now and we’ll take one day at a time.”

Now that practices have started, Martin has built in an an extra day off — three per week — while players re-adjust.

“Just to give guys a chance to ease into it,” he said. “Because when you’re off six months, that’s a long time to be away from something you’ve been doing for so long. … I think we have to have a level of compassion as coaches to understand that this is different. So let’s ease into it. I think the thing that helps us is we have experienced guys who have been a part of the program.”

That’s one clear advantage the Tigers take into Martin’s fourth season: a core of seasoned players, including nine scholarship juniors and seniors. Senior forwards Mitchell Smith and Jeremiah Tilmon have been with Martin from the start, while guards Mark Smith, Dru Smith and newcomer Drew Buggs have joined the program as transfers over the past three years.

“They’ve seen it all,” said Martin, who’s 50-46 in three seasons. “So in a lot of ways, though they hadn’t experienced COVID they’ve experienced bumps in the road and a program making adjustments. … We don’t have guys who complain and make excuses. We play the hands we’re dealt and let the chips fall where they may.”

One of those chips could give Martin another experienced team next season. The NCAA has approved a measure giving another year of eligibility to all athletes in winter sports, meaning each of Martin’s five seniors could return for an additional season. It’s too early to know if that happens next year, but it’s a decision Martin supports.

“I think it’s only right,” he said. “I think we just have to make the necessary adjustments as coaches and staff when we get to April and May if you have seniors who want to return.”

For now, it’s practice time. Martin and his assistants are wearing masks on the floor during workouts. Players aren’t required to wear face coverings. The season will tip off soon enough, maybe without fans in the arenas — or just a fraction of typical crowds, at most.

“I think the end of last season sort of prepared us for the unknown,” Dru Smith said. “We just know that we have to go in every day and prepare like things are going to be run normally. After that, it’s out of our hands.”

Tigers will host Horned Frogs as part of annual 10-game event on Jan. 30.

Missouri coach Cuonzo Martin yells to his team during a game at Kentucky on Saturday, Jan 4, 2020. (AP Photo/James Crisp)