Banned from the postseason, Mizzou softball hopes to 'play free' in 2020
0 comments
Share this
Subscribe today: $3/3 months
1 of 2 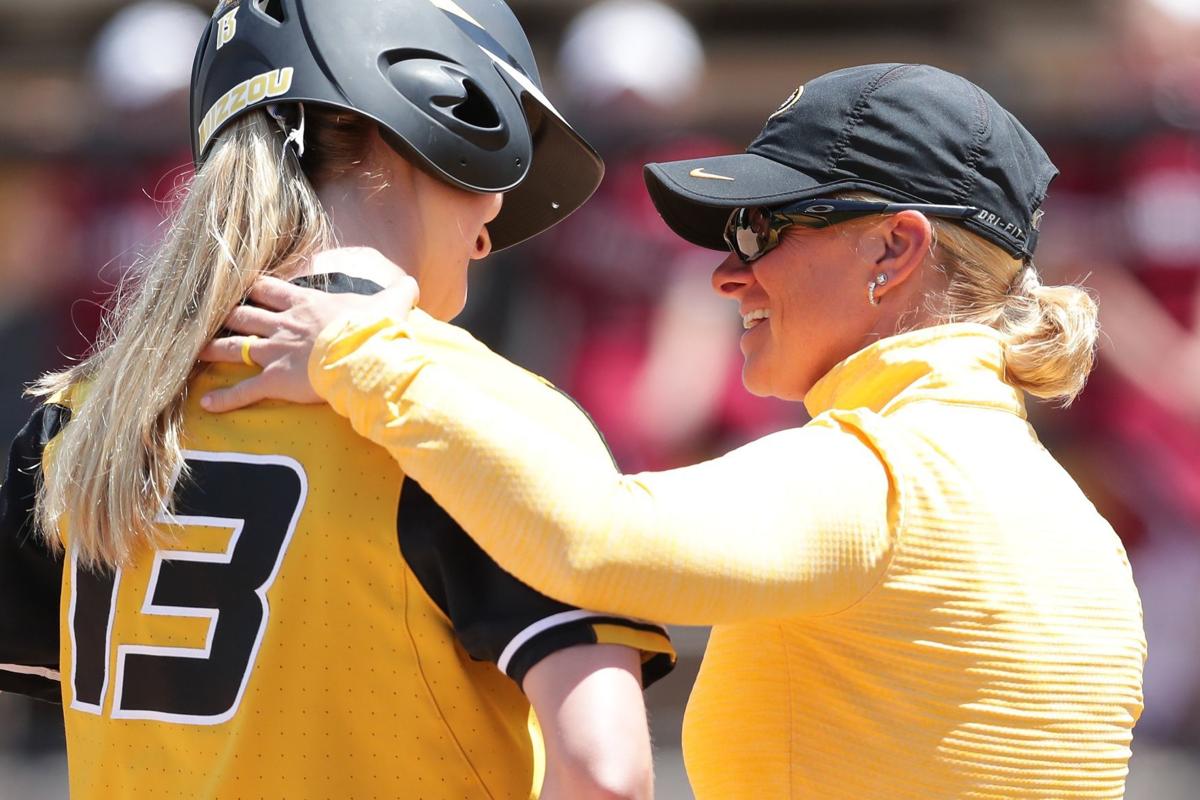 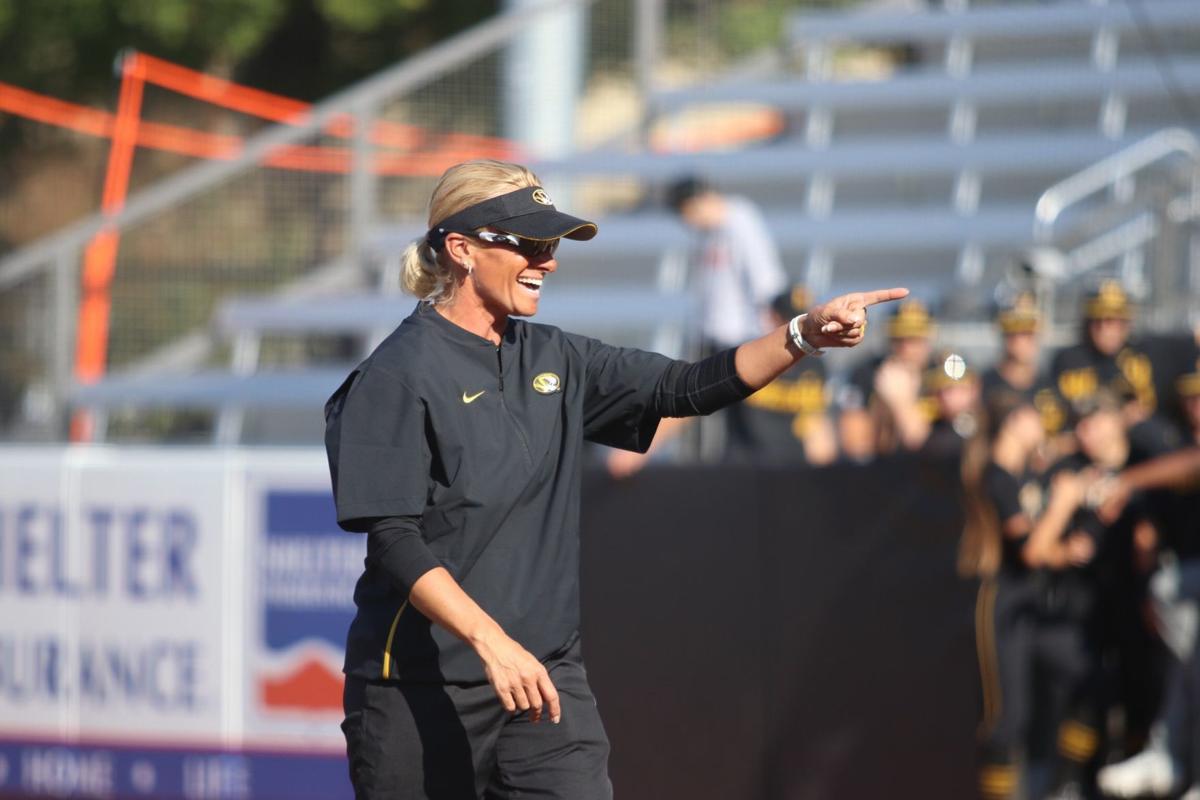 COLUMBIA, Mo. — In her first season as Missouri’s softball coach last year, Larissa Anderson led the program to its 13th consecutive NCAA Tournament. The Tigers’ season ended after losing twice to No. 2-seed and eventual national champion UCLA but not before Missouri took one of three games against the Bruins. That lone victory last May gave Anderson enough hope to carry the team through a tumultuous offseason.

“I turned to my staff, and I said, ‘We’re hosting a Super Regional here soon’” she said. “And immediately, (associate head coach Chris Malveaux) responded. He’s like, ‘We’re going to the College World Series.’”

But it’s a dream that must wait to unfold in reality. The NCAA sanctions that made headlines because of their impact on the Missouri football team also affect MU softball and baseball. Along with scholarship and recruiting sanctions, Anderson’s team is banned from postseason play this season. That means no Southeastern Conference tournament and no NCAA regional.

In the months since the team’s fate was sealed in November, Anderson and her players have found ways to look on the bright side. For Anderson, knowing there’s no postseason means the team has “absolutely nothing to lose,” she said, and can play more aggressively in the regular season. It also means players can play without the pressure of rankings and records.

For pitcher Eli Daniel, Missouri’s only senior, it means working even harder in her final year.

“It kind of gave us a reason to play,” she said. “You would think that it would make us not want to, but I feel like it gave us a new purpose. So for me, being a senior, my whole regular season is my postseason.”

The NCAA punished the softball program with the one-year postseason ban even though just one former player was found to have committed academic misconduct. The NCAA ruled that former tutor Yolanda Kumar completed coursework for the player, later identified as Amanda Sanchez, in 2015, after which Sanchez played in the 2016 season before being declared ineligible. She transferred to Louisiana State and finished her career there last season. The NCAA vacated MU’s 42 wins for 2016, leaving the Tigers with an 0-16 record in the updated media guide. Sanchez’s career statistics were expunged from the team’s records.

Back at MU, Daniel is the veteran who will lead the Tigers’ three freshman pitchers this season. Anderson said Megan Schumacher, Emma Nichols and Jordan Weber will get the majority of the innings.

Schumacher is one of three Tigers who came to Missouri after having previously committed to Hofstra while Anderson was the head coach there. Nichols earned all-conference, all-district and all-region honors in each of her four years at Hillsboro High School. Weber was the 2017 Kansas City high school player of the year and finished her career at Lee’s Summit West with a 1.17 ERA.

Daniel tried to spend the offseason becoming a leader and mentor to the newcomers, giving them the advice she wishes she’d had as a young player.

At the plate, the return of redshirt junior Cayla Kessinger will provide a boost to the lineup. Kessinger missed all of the 2019 season with a shoulder injury. As a sophomore, she hit 10 home runs and 10 doubles while putting together a 14-game hitting streak to earn second-team All-SEC honors.

“She’s a very hard worker,” junior Brooke Wilmes said. “She’s going to compete every single day and she’s going to bring a very electric bat into our lineup this year.”

Wilmes was named first-team All-SEC last year after she led the team with a .356 batting average, 67 hits, 17 doubles, and 43 runs, all with only seven strikeouts. Anderson said Wilmes’ skill at the plate combined with that of junior Kimberly Wert, sophomore Jazmyn Rollin and a healthy Kessinger will give her a multidimensional lineup.

The Tigers open the season this weekend in Clearwater, Fla., at the NFCA Leadoff Classic, an invitation-only tournament that started last year. Of the five opponents Missouri will face in the three-day event, No. 8 Minnesota will be the biggest test.

“We play in the toughest conference in the country,” Anderson said. “We have to play great opponents out of the chute to prepare our players for what we’re going to experience all through conference play.”

First up, Anderson’s squad starts the 2020 campaign Friday against Notre Dame. Their streak of national tournament appearances will end at 13, but Anderson believes that knowing their destiny now allows the Tigers to “play free.”

“I want them to say this is the best year, the best team they’ve ever been a part of,” Anderson said. “If they can say that at the end of the year, then we accomplished everything we need to.”

Defensive coordinator mentioned as a candidate for the top job at his alma mater.

Eliah Drinkwitz reunited parts of his coaching past from Auburn's 2010 national championship season.

Mizzou takes down No. 11 Auburn behind career days from Pinson, Smith

In front of the biggest home crowd in two years, MU outlasts SEC's first-place team behind 28 points from each guard.

Tigers notch their first win over a ranked opponent in two years as Dru Smith and Xavier Pinson set career highs with 28 points.

Tigers notch their first win over a ranked opponent in two years as Dru Smith and Xavier Pinson set career highs with 28 points.

Mizzou makes No. 25 LSU sweat but can't close out the upset

Tigers led for nearly 33 minutes and by as many as 12 points but couldn't overcome a massive foul discrepancy.