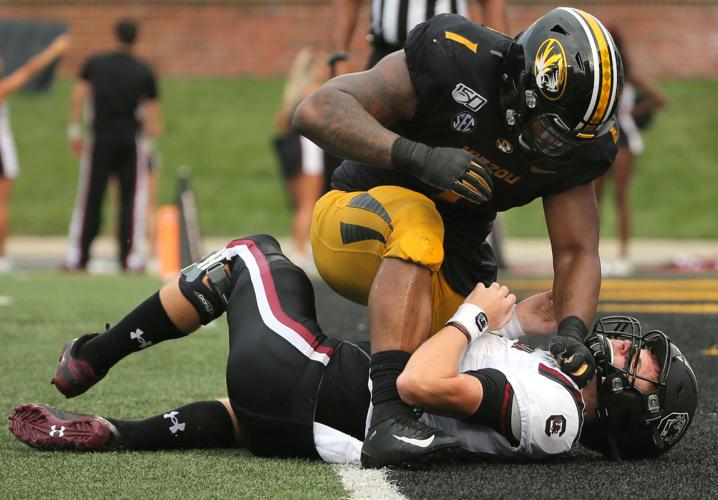 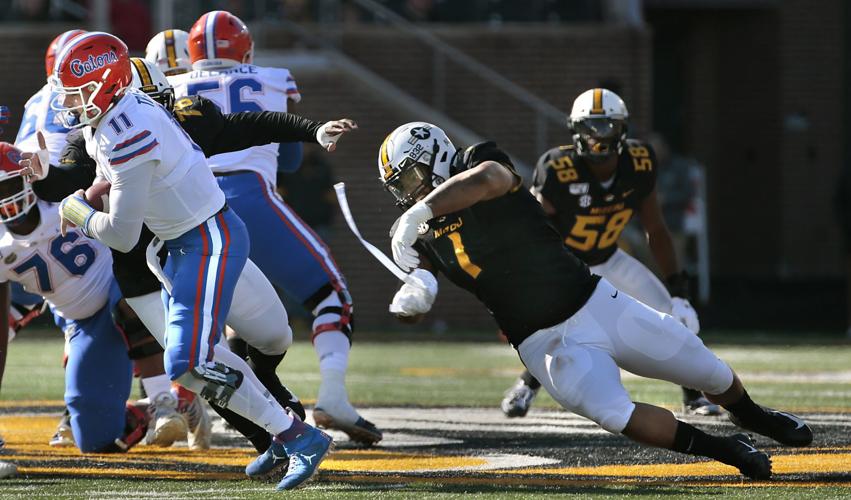 Missouri's Jordan Elliott gets the hand warmer but not the body of Florida quarterback Kyle Trask on Saturday, Nov. 16, 2019 at Faurot Field in Columbia. (Robert Cohen, rcohen@post-dispatch.com) 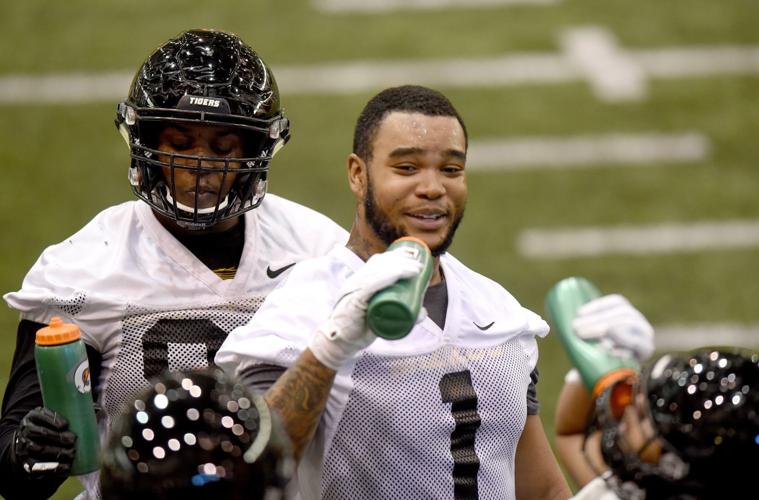 Defensive tackle Jordan Elliott isn’t waiting around to see whom Missouri hires as its next football coach. The junior announced Sunday he’s making himself available for the NFL draft and won’t return to MU for his final season of eligibility.

“It has been an amazing three years at Missouri,” Elliott posted on Twitter. “I want to thank God for teammates for pushing me and continuously holding me accountable, Coach (Barry) Odom, Coach (Brick) Haley and the staff for molding me and teaching me lessons that I will take with me for the rest of my life. Thank you all for helping me grow as a man and as a player. I am ready for the next chapter in my life and will be declaring for the NFL Draft, foregoing my final season of eligibility.”

Elliott, who transferred to Missouri from the University of Texas, is coming off a strong junior season worthy of All-Southeastern Conference honors. The co-captain led the Tigers with 8 ½ tackles for loss and finished with 44 tackles overall, 2 ½ sacks, plus six hurries and three pass breakups. He’s the highest-rated interior defensive lineman in all of college football, per Pro Football Focus with a rating of 91.5.

Elliott came off the bench for the Tigers in 2018, his first eligible season at MU, and finished with a flourish, racking up three sacks in the regular-season finale against Arkansas. He changed his body during the offseason, shedding nearly 30 pounds by cutting out red meat.

"He’s transformed his body and he's transformed more than anything his motor and his willingness to do it,” Odom said earlier this season. “He's a talented guy that's going to play ball for a long time. And he's so explosive. Those things that have happened, in my opinion, for a number of reasons. One, he’s completely changed his diet. Number two, he works extremely hard in the weight room. Then three, maybe most importantly, he takes coaching.”

Haley is serving as Mizzou's interim coach while athletics director Jim Sterk looks for a new head coach to replace, Odom, who was fired on Saturday after the Tigers' 6-6 season.

Odom out at Mizzou, quick search expected for coach's replacement

AD Jim Sterk hopes to hire his next football coach within two weeks.

Missouri's Jordan Elliott gets the hand warmer but not the body of Florida quarterback Kyle Trask on Saturday, Nov. 16, 2019 at Faurot Field in Columbia. (Robert Cohen, rcohen@post-dispatch.com)