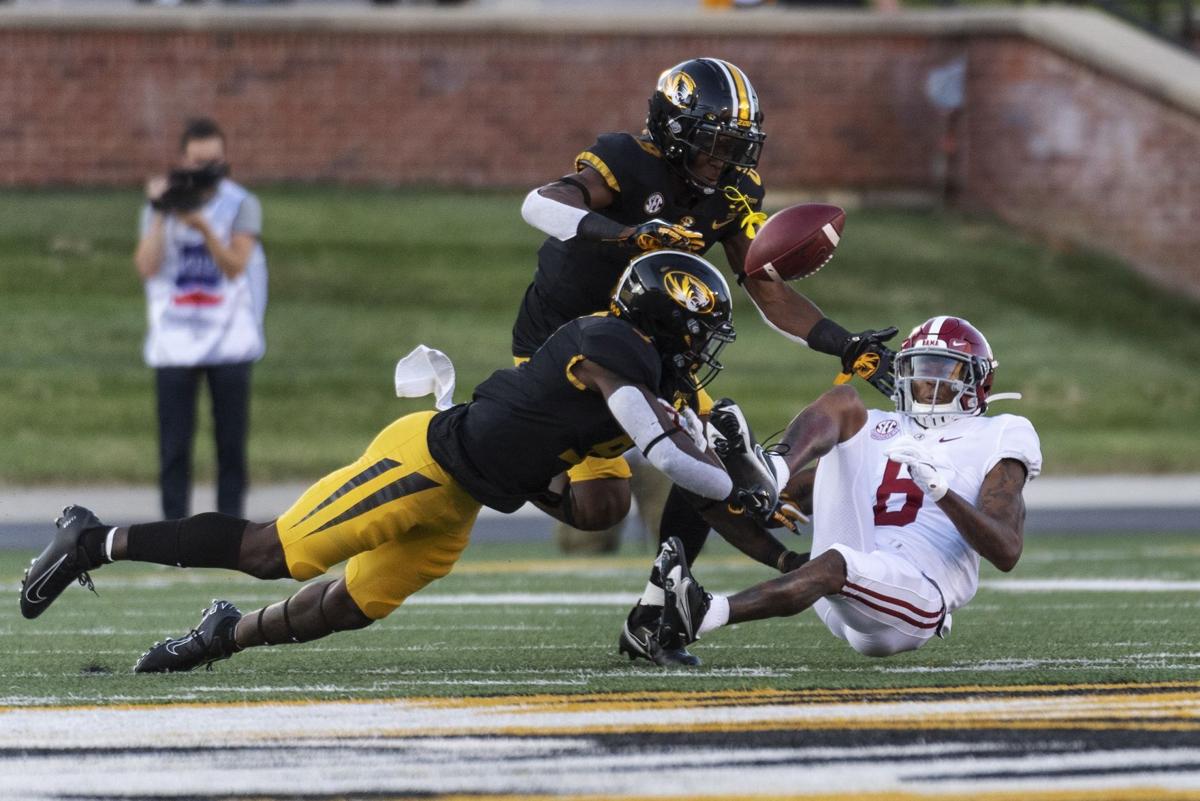 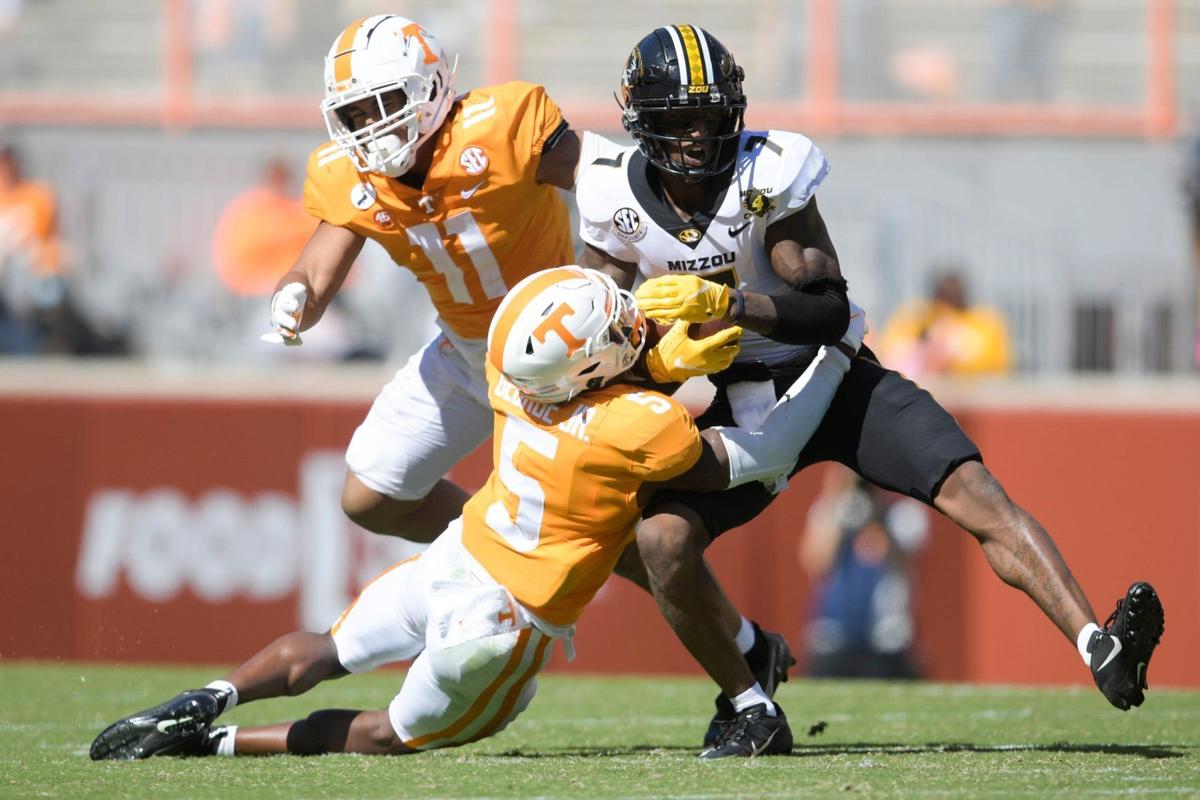 COLUMBIA, Mo. — Eli Drinkwitz will work on his team’s turnover problem. He’ll probably watch some other games on TV. He’ll definitely recruit. He might just visit a pumpkin patch.

That’s how Missouri’s football coach plans to spend his team’s unexpected bye week now that Vanderbilt’s COVID-19 count forced the Commodores to postpone their visit to Columbia for this weekend’s homecoming game.

After three straight games against ranked opponents and a trip next week to No. 10 Florida, Drinkwitz called Mizzou’s schedule change “a tremendous blessing” on Tuesday. For now, the Tigers will host Vanderbilt on Dec. 12. MU next plays Oct. 24 at Florida — though the Gators paused all team activities Tuesday because of an increase in COVID cases among players.

“I have zero control this year, zero control,” Drinkwitz said. “So whatever happens, we’ve got to make the most of it."

The Tigers (1-2) outlasted Louisiana State in Saturday’s 45-41 shootout despite missing eight players to injuries and COVID contact tracing, including three of the team’s top four defensive tackles. Drinkwitz said starter Kobie Whiteside (right leg) could be re-evaluated during the team’s next bye week (Nov. 7), which means he could be available for the Nov. 14 game against Georgia. Key reserve Darius Robinson (right ankle) could be back for the Kentucky game on Oct. 31. Cornerback Jarvis Ware returned from a knee injury and played a limited role against LSU but he, too, should benefit from the bye week.

As for the six players in quarantine for COVID reasons, their status is uncertain. The group includes starting receivers KeKe Chism and Damon Hazelton Jr. and defensive lineman Akial Byers.

“Whenever they tell me they're available is when I usually count on them being available,” Drinkwitz said.

Should the two graduate transfer receivers be available for the Florida game, there’s no guarantee they’ll regain their starting roles, especially the way MU’s fleet of backups played against LSU. Tauskie Dove and D’ionte “Boo” Smith, a walk-on junior college transfer, tied for the team lead with six catches for 83 and 54 yards, respectively. Drinkwitz had an explanation why Mizzou’s cast of backup receivers thrived in their expanded roles Saturday: These are the receivers who worked extensively with quarterback Connor Bazelak on the No. 2 offense throughout the preseason — back when the Tigers planned to start Shawn Robinson at quarterback along with the more seasoned receivers. But Drinkwitz benched Robinson two series into Mizzou’s loss at Tennessee, thrusting Bazelak into the spotlight. Next came the receivers he’s worked with the most.

“There's some natural chemistry already built in there,” Drinkwitz said.

In the meantime, there’s plenty for Drinkwitz’s staff to address this week in practice, starting with the season’s most troubling trend. Mizzou has turned the ball over six times (one interception, five fumbles) in three games and produced only one takeaway on defense. MU’s turnover margin (minus-5) ranks No. 72 out of the 76 FBS teams that have played games this season and ahead of only Mississippi State (minus-9) in the Southeastern Conference.

There’s more to accomplish in the coming days. On Friday Drinkwitz plans to evaluate recruits by watching some of their games online. The NCAA’s ongoing recruiting dead period prohibits coaches from visiting recruits in person, but Drinkwitz plans to keep his staff busy keeping in touch with their targets all weekend.

If anything, Saturday’s victory gave some punch to Drinkwitz’s recruiting sales pitch. He’s already landed 19 verbal commitments for the 2021 class — and those pledges came before he’d coached a game at Mizzou.

“It's a tangible result to the words that we've put out there,”  he said. “We've talked a lot about changing the culture and the stated goal is to win the SEC East. Sometimes you come in, you're an energy guy … and sometimes people think, ‘Well, it’s just talk.’ The results speak for themselves. Now we've got some tangible results for Mizzou.

“Obviously, for our staff, and for the guys that have come into this organization with me we've had results in the past where we've been, but now we've got some tangible results for here for Mizzou. Hopefully what this does is helps build momentum for the Mizzou faithful, that we can continue to restore the pride that we have in this great program, that we can get rural Missouri, we can get St. Louis and get Kansas City and can get those guys and people to tune in, to buy tickets, to invest in our program. There's still a lot of things that we need to continue to push the envelope."

If there’s time left this weekend, Drinkwitz might catch some games on TV. He said he wasn’t even sure who was playing. (That Alabama-Georgia game might be worth watching.)

Inside: MU-KU basketball game called off this year. B2

Mizzou is scheduled to play in Gainesville, Florida, next week, but the Gators' game this Saturday against LSU has already been rescheduled.