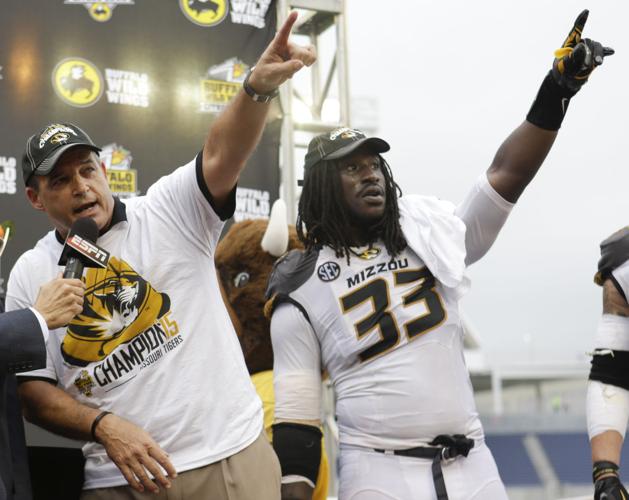 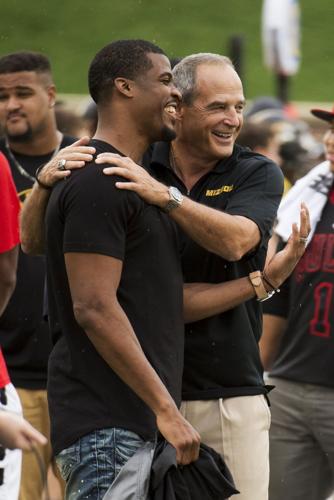 COLUMBIA, Mo. • In his last day in office, Missouri athletics director Mike Alden rewarded the most successful coach he's hired. Football coach Gary Pinkel, heading into his 15th season at Mizzou, agreed to a new contract through 2021 that will push his salary over the $4 million threshold, the school announced Friday.

Pinkel's guaranteed salary will increase from $3,200,000 to $4,020,000 under the new deal, effective Friday. Pinkel's previous contract, which he agreed to last March, expired after the 2020 season.

Pinkel, voted SEC coach of the year last season after guiding the Tigers to a second straight SEC East Division title, is Missouri's career wins leader with a record of 113-66 since 2001.

"With the tremendous academic and competitive successes of our football program, including winning the last two SEC East championships, Gary is well-deserving of this extension,” Alden said in a prepared statement. “His impact on our students, athletic department and University are immeasurable and he represents what is great about Mizzou. I know the Tigers are in great hands for a long time to come."

On Monday, Pinkel will start working for a new boss when Mack Rhoades officially replaces Alden as head of the athletics department.

“I want to thank Chancellor (R. Bowen) Loftin and Mike Alden for their continuing commitment and belief in what we are doing at Mizzou,” said Pinkel, who turns 63 on Monday. “We’ve shared some pretty amazing success together over the years, and as competitors we all know there’s more to be done. I’ve never been more excited to be here and to pursue excellence with such a great leadership team, and such an amazing and dedicated coaching staff. We’re excited to partner with Mack Rhoades going forward and continue to build a program that Mizzou fans will be proud of."

Under the new contract, however, Pinkel's performance incentives max out at $725,000 per year, down from $1,825,000 under the previous deal. Bonuses for winning division and conference titles, appearing in bowl games and winning individual coaching honors all decrease under the new contract. Under his previous deal, Pinkel earned an extra $450,000 for winning the national championship. That incentive is now down to $250,000. He previously earned $200,000 if Missouri wins the SEC championship but now makes $50,000.

“The success of our football program has helped elevate the university’s national profile and Gary’s teams have provided some incredibly proud moments for all Missourians,” Loftin said in a prepared statement. “His commitment to excellence is exemplified not only in his on-field success, but in the academic achievements of his student-athletes and the high character young men who graduate from MU. This commitment to Gary is well-earned.”

“Coach Pinkel has established himself as one of the premier football coaches in America and he has certainly created a championship culture and tradition at Mizzou,” Rhoades said. “I’m excited to get to work with Gary and help him and his staff continue their incredible run of success.”

It’s been a lucrative offseason for SEC head coaches, several of whom have received new contracts. Pinkel is the 10th SEC football coach in the 14-team league to join the $4 million club and now ranks sixth in guaranteed salary in the conference.

Here are the SEC head coaches’ salaries, according to published reports:

The Mack Rhoades era at Mizzou

A look back at the short, but turbulent regime of Mizzou athletic director Mack Rhoades.

These players impressed and intrigued during spring practices.

A look back at scrimmage stats, look ahead to possible depth changes.

Passing game shows a pulse in Black and Gold scrimmage.

Missouri football coach Gary Pinkel agreed to a new contract through the 2021 season.