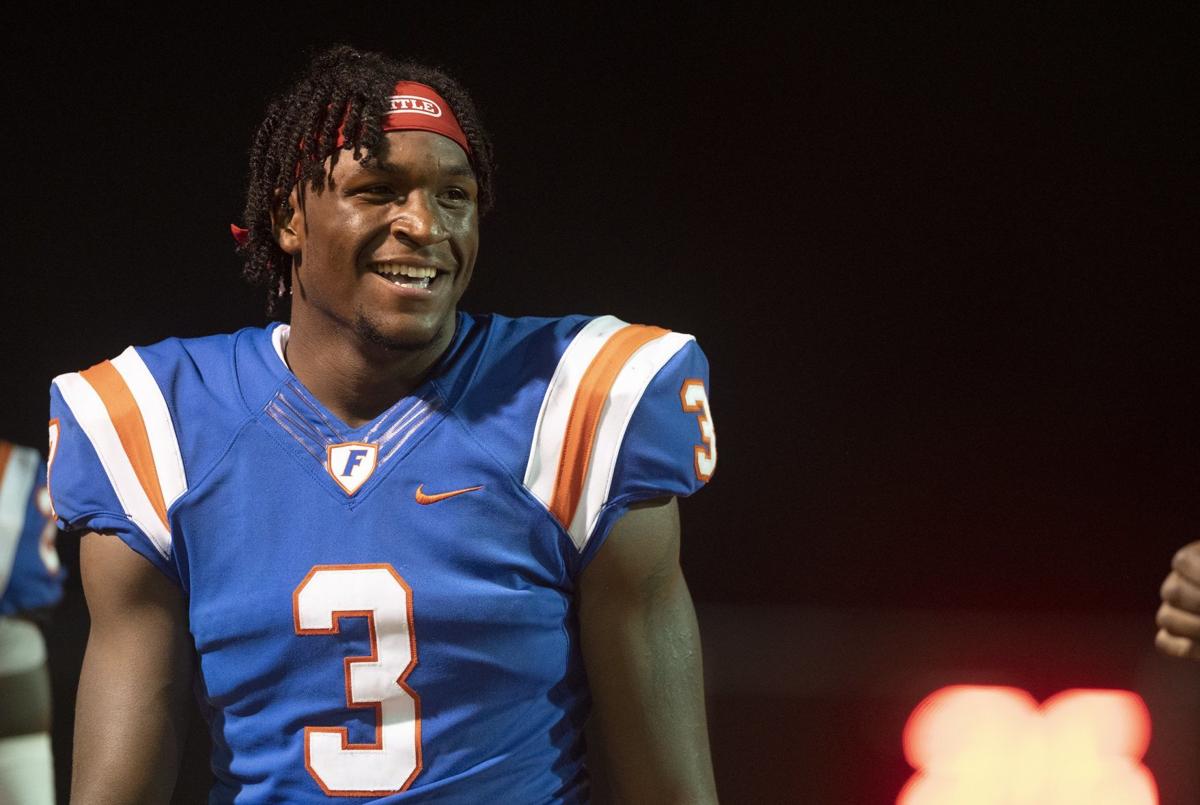 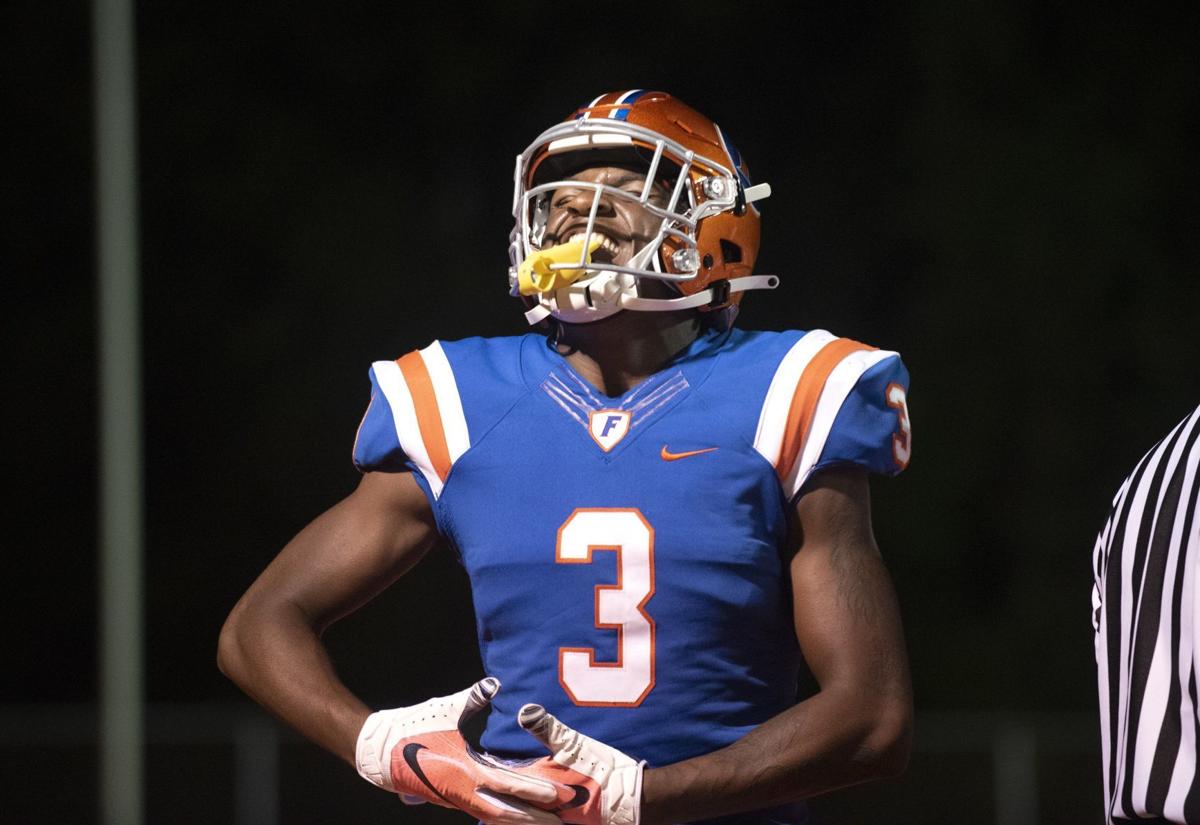 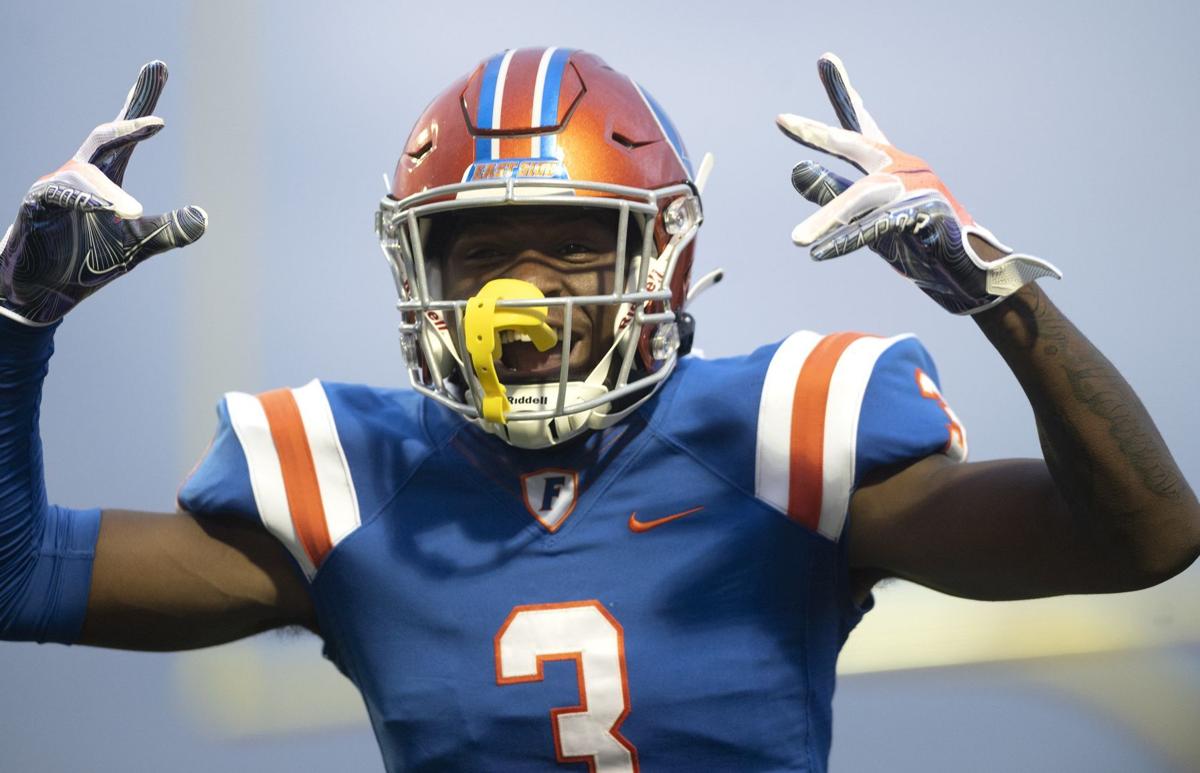 Burden, who had been committed to Oklahoma for nearly 10 months until August, spent this past weekend at Georgia on an official recruiting visit. He visited Missouri the prior weekend and made several stops in Columbia throughout the summer. He’s the kind of impact offensive player who should see the field immediately in 2022, whether he lands in Athens, Columbia or Tuscaloosa.

Should Burden pick Mizzou, here are five reasons it would be monumental for the Tigers:

Eli Drinkwitz needs a win. His Tigers are 3-4, winless in the Southeastern Conference and in some ways regressing from last year’s promising 5-5 debut season for the 38-year-old head coach. Short of upsetting No. 1 Georgia next month at Sanford Stadium, landing Burden would be Drinkwitz’s biggest victory of the year.

Mizzou’s 38-point home loss to Tennessee a few weeks ago abruptly ended the Drinkwitz honeymoon — and he knows it. After Saturday’s 21-point loss to Texas A&M, Drinkwitz admitted he might gotten the “fan base too excited.” He created that buzz on the recruiting trail with a top-20 class in 2021 and some enticing commitments for the 2022 class, currently ranked No. 18 by 247Sports.com.

The recruiting surge and Drinkwitz’s natural charisma haven’t translated into bigger crowds at Memorial Stadium. In fact, Saturday’s announced attendance of 48,139 would have been Mizzou’s smallest home crowd every season from 2006-16 and 2019.

A commitment from Burden won’t salvage a spiraling season, but it would ease the sting of what could be Mizzou’s first losing record since 2016.

Taking on the best

Georgia’s Kirby Smart and Alabama’s Nick Saban are the sport’s most successful recruiters. Alabama’s past five classes (from 2017-21) ranked Nos. 1, 5, 1, 2 and 1 by the 247 composite. Since Smart left Saban’s staff after the 2015 season, his Georgia classes have ranked Nos. 3, 1, 2, 1 and 4. The two programs have commitments from 26 four- and five-star players combined for their 2022 classes. This past weekend, Georgia was scheduled to host five five-star prospects, including Burden, along with more than 20 four-star targets. A recruiting victory over these two Goliaths would validate Drinkwitz’s recruiting chops and deliver a national statement that he can go toe to toe with the nation’s best.

Mizzou’s class already includes commitments from six four-star recruits. Using 247’s class calculator, adding Burden to Missouri’s 2022 commitments would vault the Tigers’ class to No. 14 nationally and No. 5 in the SEC, trailing only No. 1 Alabama, No. 3 Georgia, No. 9 Texas A&M and No. 12 Louisiana State.

“He’s been aggressive,” Rivals.com national recruiting director Adam Gorney said. “He’s gone after guys that he thinks he can get, and he hasn’t held back on guys that he wants to flip.”

Speaking of big statements, if Drinkwitz secures a Burden commitment, he could officially plant his flag in the St. Louis area and make Mizzou the team to beat when it comes to local prospects.

Drinkwitz hasn’t landed all the local talent. St. Mary’s receiver Kevin Coleman looks like a miss — he’s been linked to Florida State for months — and others have made commitments elsewhere, including John Burroughs defensive lineman Tyson Ford (Notre Dame) and East St. Louis safety Toriano Pride (Clemson). But nobody has collected more St. Louis and in-state targets the last two years than the state’s flagship school. Six of the top 18 in-state players, as rated by 247, have committed to Mizzou.

“For a long time, too many St. Louis guys, too many in-state guys were getting out of the state,” Gorney said. “A lot of talent has left to Ohio State or to other SEC schools. (Drinkwitz) made that a focus, to keep a lot of in-state talent home, and that kind of feeds upon itself.”

Any team in the country could use a five-star wide receiver, Missouri especially. Drinkwitz’s team still lacks elite playmakers.

This year’s best offensive threat, running back Tyler Badie, won’t be back next fall. The team’s top outside receivers, veterans Keke Chism and Tauskie Dove, are credible pass-catchers but hardly elite. In Burden, the Tigers would land a dynamic perimeter threat, the kind typically found on the nation’s best offenses at Alabama, Ohio State, Clemson, Oklahoma, etc. Through eight games this fall, Burden has caught 44 passes for 738 yards and 15 touchdowns. He also handles punts and kickoffs and has five touchdowns on returns.

At Mizzou, Burden would be part of a promising core of offensive skill players, joining current freshman receivers Lovett and Mookie Cooper, plus incoming quarterback Sam Horn and running back Tavorus Jones, four-star pledges from Georgia and Texas, respectively.

“Hopefully Luther comes to Missouri. I think we have a good shot with him,” Horn said on ESPN2 last Thursday, after his team, Collins Hill High, played a nationally televised game. “When I was up there last weekend we connected. I was on my OV and he was there just watching the game. … We got a lot of time to talk and everything. If everything goes as planned, things are looking good for Mizzou.”

In the age of name, image and likeness opportunities, Burden figures to capitalize on his star power should he stay close to home. That’s part of Mizzou’s sales pitch for in-state recruits. The schools can’t arrange endorsement deals for athletes, but they can point to the opportunities available for current athletes. And for a high-profile prospect like Burden, his name, image and likeness should resonate more locally in black and gold than in Georgia red or Alabama crimson.

“You want to create an environment where players feel like they are going to be able to really reap the benefits of their name, image and likeness,” Drinkwitz said on his radio show last week. “But you also want to make sure that they’re creating value for those businesses in the right way. I think it’s a fine line. Obviously we’ve got to continue to improve our performances. ... You can’t technically use it for recruiting, but it’s a necessary thing for recruits to feel like there’s an opportunity for them to enhance their value by coming to your university.”

Hochman: Luther Burden’s decision to play football for Mizzou is the Tigers’ biggest win of the season

Luther Burden is a five-star receiver only because they don’t give out six.