Woody Widenhofer leads the Missouri Tigers onto the field before a game in 1985. 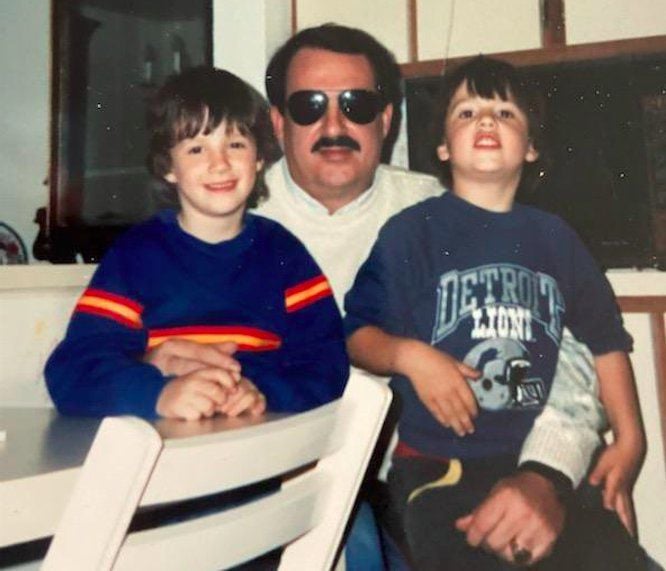 Former Missouri football coach Woody Widenhofer with his sons, Ryan, left, and Ross, in a photo submitted by the Widenhofer family. 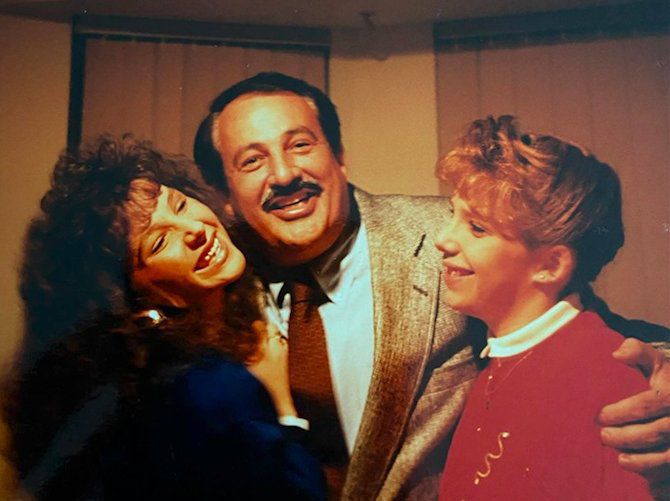 Before the Missouri football team left the visitors' locker room to face No. 1 Oklahoma on Nov. 14, 1987, Woody Widenhofer laid out the stakes.

"He told us if we beat Oklahoma then beat Kansas the next week to go 6-5 we'd have a chance at a bowl game," former Tigers kicker Tom Whelihan recalled Monday. "We thought we had that game won."

Not quite. The Tigers couldn't outlast the Sooners and instead posted a 5-6 record for the season. The next fall, Widenhofer's last season of his four-year contract, Mizzou never turned the corner on what became the final ride on Woody's Wagon.

"We were always so close," Whelihan said.

Stacy Miller, Widenhofer's daughter, said he died peacefully just after 9 p.m. in Colorado Springs, Colo., where he was recovering from multiple strokes. He suffered a stroke earlier earlier this month then another more severe stroke on Saturday. His daughter Kim was by his side, Stacy said, while providing updates to his other three children who were scattered around the country, Stacy and sons Ryan and Ross.

"He was an amazing man," Stacy said. "A wonderful husband, father and coach."

The family is trying to prepare memorial service plans in the midst of the coronavirus, Stacy said.

Widenhofer came to Missouri with the jewelry to prove he could revive the Tigers' football program. As a four-time Super Bowl champion assistant coach with the Pittsburgh Steelers, the former Mizzou player brought his defensive know-how to the Tigers in 1985.

From 1985-88, Widenhofer was 12-31-1 in four seasons at Mizzou as a first-time college head coach. A Mizzou linebacker under Dan Devine from 1961-64, he became the first alum to take over as head coach since Don Faurot when Mizzou hired him away from the USFL’s Oklahoma Outlaws.

Mizzou had fired Warren Powers following a 3-7-1 finish in 1984, the program's first losing season in seven years, after which Widenhofer quickly became the leading candidate for the job. Prior to his one season in the USFL, Widenhofer made his mark as one of the NFL's top defensive assistants, spending a decade with the Steelers, including five seasons (1979-83) as coordinator.

"He came in with a pro mentality that if you produced you played," Whelihan said. "That was the bottom line with him. ... He wasn’t a ball-buster. He wasn’t one of those coaches from the ’50s or ’60s where he got in your face and grabbed your facemask and yelled and cursed at you."

Mizzou celebrated his hiring with a marketing slogan, urging fans to climb on "Woody’s Wagon,” but the Tigers struggled immediately under his watch, going 1-10 in his debut season. Things weren't much better the next season when the Tigers suffered the infamous Norman Conquest, a 77-0 loss at No. 4 Oklahoma.

The Tigers made progress in his third year, going 5-6, including the second of three straight wins over Kansas. In 1987, MU got off to a 4-2 start, hung with Oklahoma State in a 24-20 loss - with Barry Sanders in the Cowboy backfield - and nearly toppled No. 1 Oklahoma on the road, a 17-13 loss.

Widenhofer made a splash as a recruiter, especially in the St. Louis area. Before ever coaching a game for the Tigers he signed six of the nation's top 100 high school prospects in the 1985 recruiting class. From the St. Louis area he landed Hazelwood Central stars Tony Van Zant and Mario Johnson and East St. Louis' Ronnie Cameron.

But the wheels finally came loose beyond repair in 1988. Van Zant, the nation's top recruit when he signed with the Tigers, never fully recovered from a torn knee ligament suffered at a high school all-star game. The Tigers had a different leading passer in each of Widenhofer's four seasons and failed to score double-digit points five times in a 3-7-1 1988 campaign. At the time, His departure was described as a resignation, even though it was clear Mizzou's administration wasn't bringing him back for a fifth season.

In four years at Mizzou, Widenhofer worked under three athletics directors and two chancellors. His regime overlapped with the installation of the infamous OmniTurf at Memorial Stadium in 1985, when Mizzou became the last Big Eight program to put in artificial turf.

He returned to the NFL as an assistant in Detroit and Cleveland, then resurfaced in the college ranks as the head coach at Vanderbilt in 1997. The Commodores went 15-40 in five seasons under his watch. He had two more coaching stops as a college assistant at Southeastern Louisiana and New Mexico State.

After he retired from coaching, Widenhofer took a job working in a tollbooth near Destin, Fla.

"He had the biggest heart of any man I knew and loved his children unconditionally and had a lot of people that cared for him," Ryan Widenhofer told the Nashville Tennessean. "He would have done anything for us — he stretched and stretched to do everything he could for us. Obviously, his career was very nomadic moving everywhere; the life of a football coach takes a lot of your time. But he was there for us as much as he could be."

Redshirt freshman from Kirkwood High opted out for the 2020 season.

Drinkwitz blames himself for blown fourth down call

With Rountree chasing his Mizzou record, Abron moves on from tragic year

Rountree has climbed from sixth to third on MU's career rushing list this season, will soon pass Abron as program's most prolific running back.

Mizzou's Bazelak doesn't let himself 'get bored' in supporting role vs. Kentucky

Quarterback adapts well to a conservative game plan that leads to victory over the Wildcats.

Wildcats have won five in a row against Tigers.

Former standout receiver at Francis Howell and Kirkwood had opted out of the 2020 season, arrested Sunday in Columbia.

Kentucky next obstacle in Bazelak's fast track to success

Woody Widenhofer leads the Missouri Tigers onto the field before a game in 1985.

Former Missouri football coach Woody Widenhofer with his sons, Ryan, left, and Ross, in a photo submitted by the Widenhofer family.