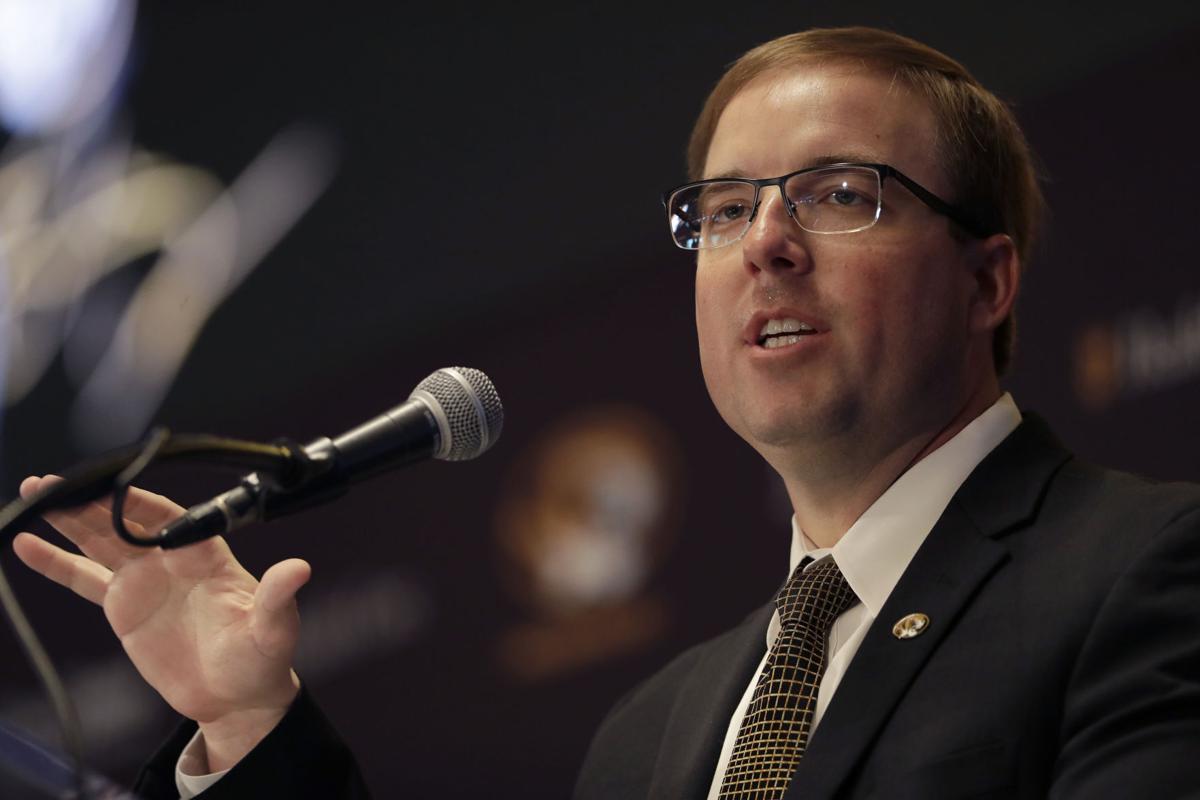 FILE - In this Dec. 10, 2019, file photo, Eliah Drinkwitz is introduced as the new head football coach at the University of Missouri, in Columbia, Mo. Last week, members of the Missouri football team marched from The Columns on campus to downtown Columbia in protest of racial injustice. The idea came from sophomore safety Martez Manuel, but it quickly gained the support of new coach Eli Drinkwitz and his staff. (AP Photo/Jeff Roberson, File) 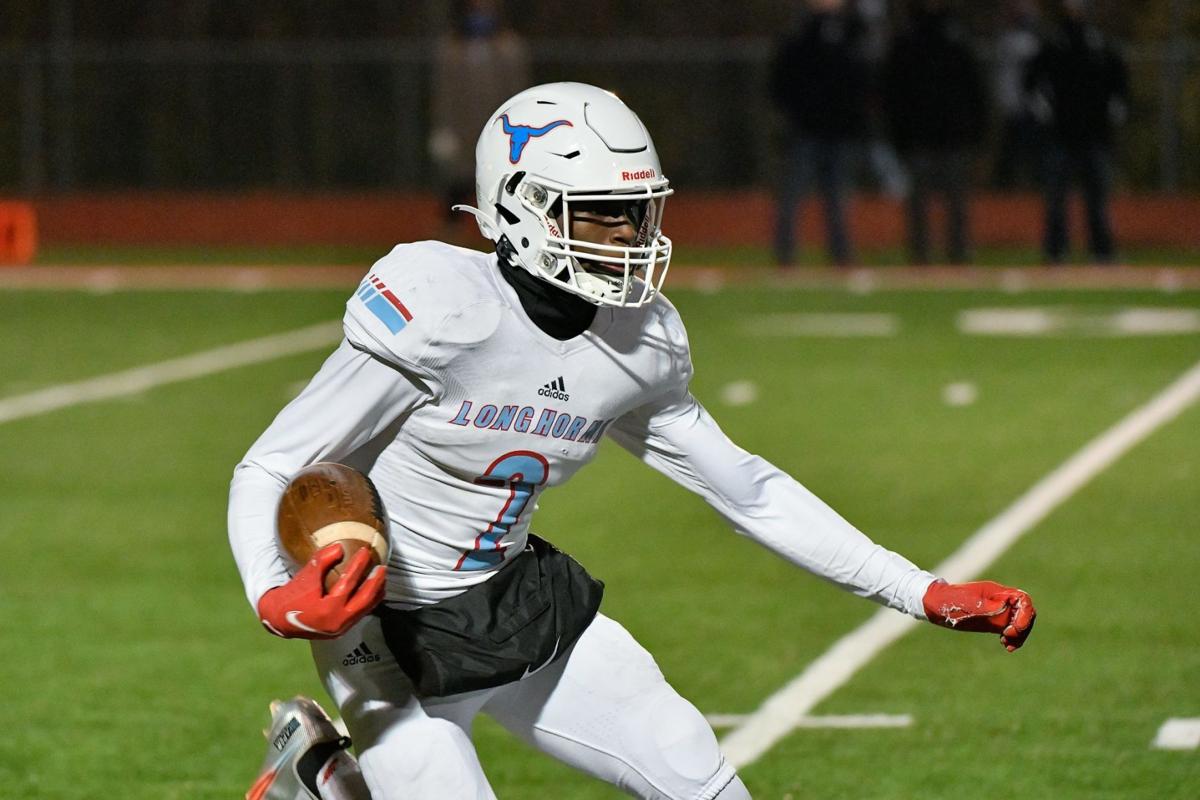 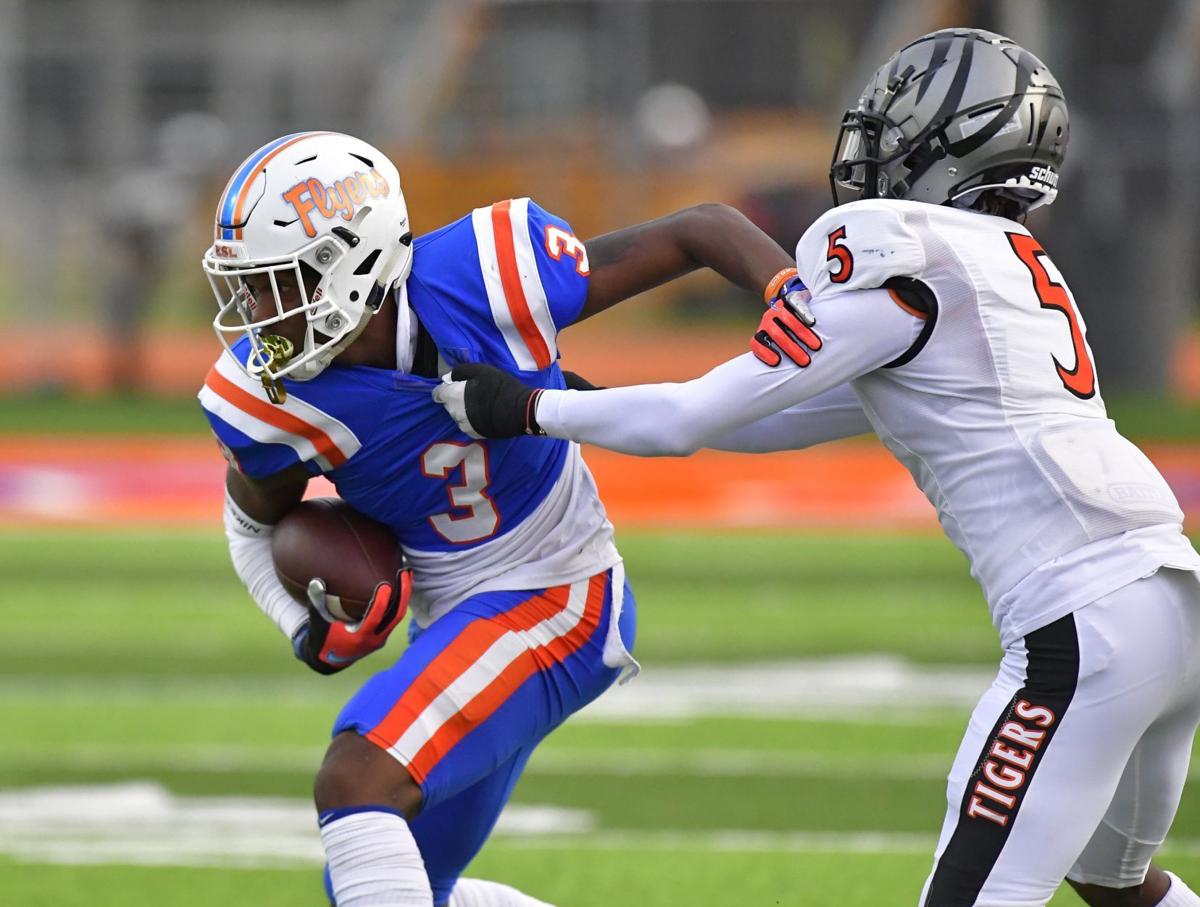 COLUMBIA, Mo. — What should be a nonstop month of recruiting kicked off for college teams across the nation Tuesday as the NCAA officially lifted its recruiting dead period that had been in place since March 2020 at the onset of the coronavirus pandemic.

For more than a year, safety and health protocols prohibited in-person recruiting, forcing coaches to build their rosters remotely with endless Zoom meetings and virtual tours of their respective facilities. But this week, the doors to those facilities re-open. For the next four weeks, teams are allowed to host recruits on official and unofficial recruiting visits.

Earlier this spring, the Division I Council also approved several measures that allow football coaches to conduct on-campus prospect evaluations during unofficial recruiting visits on days designated for camps and clinics. The evaluations are designed to provide “recruiting opportunities for prospective student-athletes whose recruitment was impacted by the COVID-19 pandemic,” the NCAA said in April.

At Mizzou, that means recruits whom Eli Drinkwitz’s coaching staff haven’t watched play in person can visit Columbia and take part in specially designed workouts for the staff. Over the next four weeks, Mizzou has position-specific one-day camps scheduled for seven different days, starting Thursday and ending with a 7-on-7 camp on June 24. From June 28 to July 24, football teams go back into a dead period with no in-person contact.

Unofficial visits are paid for completely by the recruit or his family. Recruits and their parents are allowed to take official campus visits to five different schools, during which their transportation, lodging and meals are paid for by the host school.

On Wednesday, Drinkwitz is restarting what had become a summertime tradition in Columbia with the “Night at the Zou” recruiting event. As of Tuesday, Mizzou expected to host 20 recruits from the 2022 class, including the players currently committed to Mizzou and other top targets for a one-day, invite-only unofficial visit extravaganza.

The NCAA’s dead period didn’t slow Drinkwitz’s recruiting momentum for the Tigers’ 2021 class, which ranked No. 20 nationally, as rated by Rivals.com, the highest-ranked Mizzou class since Rivals began ranking classes in the early 2000s. That means Mizzou signed a breakthrough class without getting to show off its sparkling new south end zone team facility to the bulk of its recruits. Some of Drinkwitz’s staffers were still moving into the building when the dead period went into effect last March.

This will be Mizzou’s first regular offseason under Drinkwitz’s restructured recruiting staff, headed by Brett Whiteside, who came to MU in February as the team’s chief recruiting officer. He arrived equipped with plenty of Southeastern Conference knowhow: For the last eight years he worked under Gus Malzahn at Auburn, where he served as director of recruiting operations among other roles.

Other storylines to watch in the coming weeks and months …

• The area’s top rated uncommitted defensive player is expected to visit Mizzou on Wednesday. That would be Lutheran North’s Toriano Pride, a four-star safety who’s also a priority target for Clemson. Pride plans to take an official visit to Ohio State this weekend, followed by Oregon next week, then Clemson and Auburn, he recently told Tiger Illustrated, Clemson’s Rivals affiliate. Pride is also considering Alabama and Georgia, but Mizzou and Clemson appear to be his focus.

• What about Luther Burden? Rated the nation’s No. 1 wide receiver for 2022, Burden recently transferred from Cardinal Ritter to East St. Louis. He’s been committed to Oklahoma since October, but Mizzou won’t concede until he signs a national letter of intent. Getting Burden on campus this month would be significant.

• Mizzou continues to make strides on the west side of the state, landing commitments from three 2022 Kansas City area players. There’s also major uncommitted target in the middle of the state: Boonville defensive end D.J. Wesolak, who initially kept Mizzou out of his list of 15 schools but told the Post-Dispatch he plans to attend Wednesday’s event. The four-star edge rusher is considering heavyweights Alabama, Clemson, Florida, Georgia, LSU, Oklahoma and Texas, among others.

• Don’t forget about the transfer market. Mizzou has an immediate need for defensive backs — and there happens to be two cornerbacks in the transfer portal with ties to Drinkwitz’s staff. Allie Green IV and Akayleb Evans were both cornerbacks at Tulsa last year. Both are looking for a new school. Mizzou just so happened to hire Tulsa cornerbacks coach Aaron Fletcher in February. Evans has already included Mizzou in his top five, along with Notre Dame, Texas, Texas Tech and Jackson State.

Maclin makes his debut on ballot, while Pinkel is back on for the second straight year.

FILE - In this Dec. 10, 2019, file photo, Eliah Drinkwitz is introduced as the new head football coach at the University of Missouri, in Columbia, Mo. Last week, members of the Missouri football team marched from The Columns on campus to downtown Columbia in protest of racial injustice. The idea came from sophomore safety Martez Manuel, but it quickly gained the support of new coach Eli Drinkwitz and his staff. (AP Photo/Jeff Roberson, File)