COLUMBIA, Mo. — In Desiree Reed-Francois’ first year as Missouri athletics director the athletics department operated at a budget surplus for the first time in six years, pulling in a record total for MU athletics revenue at more than $141 million during the 2022 fiscal year.

MU athletics also spent a record amount of money — more than $125 million — but the $15 million surplus marks a stark contrast from five consecutive years of operating at a deficit under past leadership.

Mizzou’s financial data comes from the school’s annual submission to the NCAA Membership Financial Reporting System, obtained this week by the Post-Dispatch through an open records request. 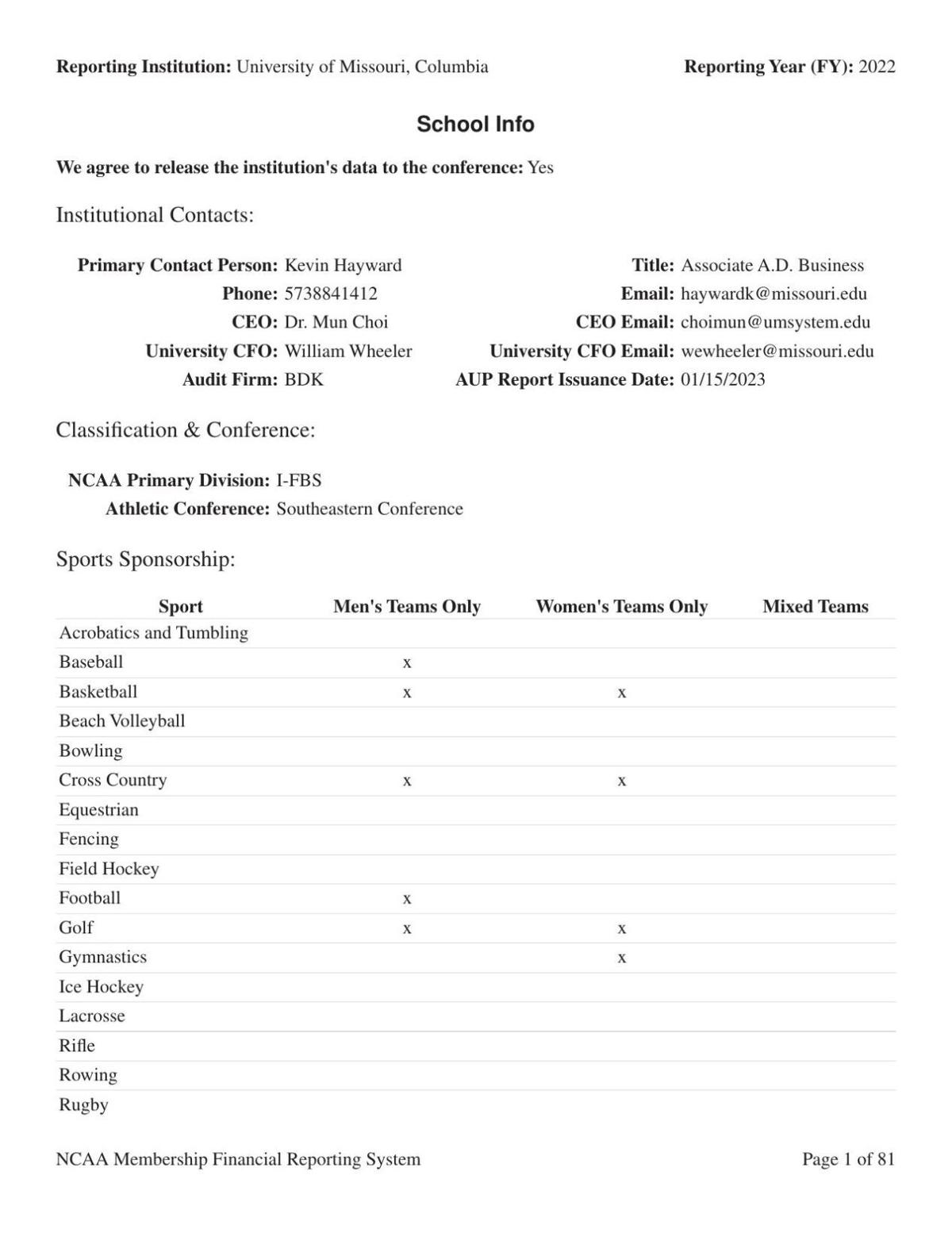 Mizzou’s Southeastern Conference bowl revenue distribution nearly doubled in 2022, increasing MU’s payout from $4,617,196 to $8,038,060. That’s because in 2021 the SEC withheld part of MU’s bowl revenue as part of its 2019 postseason ban for NCAA academic violations.

The biggest decrease in revenue came from Mizzou’s SEC distribution, down from $29,868,483 the previous year to $4,826,827. There’s a good reason for that: In May 2021, the SEC distributed $23 million in supplemental revenue to each school to help mitigate the impact of the coronavirus pandemic, using future earnings from its media rights contract to allocate those funds to each school.

Mizzou’s other sources of revenue only changed at marginal rates.

After playing limited schedules during the pandemic year, spending on guaranteed games in nonconference play increased from a little more than $500,000 to $3,805,228.

Mizzou athletics builds back revenue base under Desireé Reed-Francois' watch

For the first time in six years, MU athletics operated at a budget surplus and hauled in record revenues of more than $141 million.

Kobe Brown leads the Tigers' perimeter barrage with 26 points in 87-77 victory over LSU.

Kobe Brown misses one shot in 26-point outing as Tigers hold off LSU 87-77.