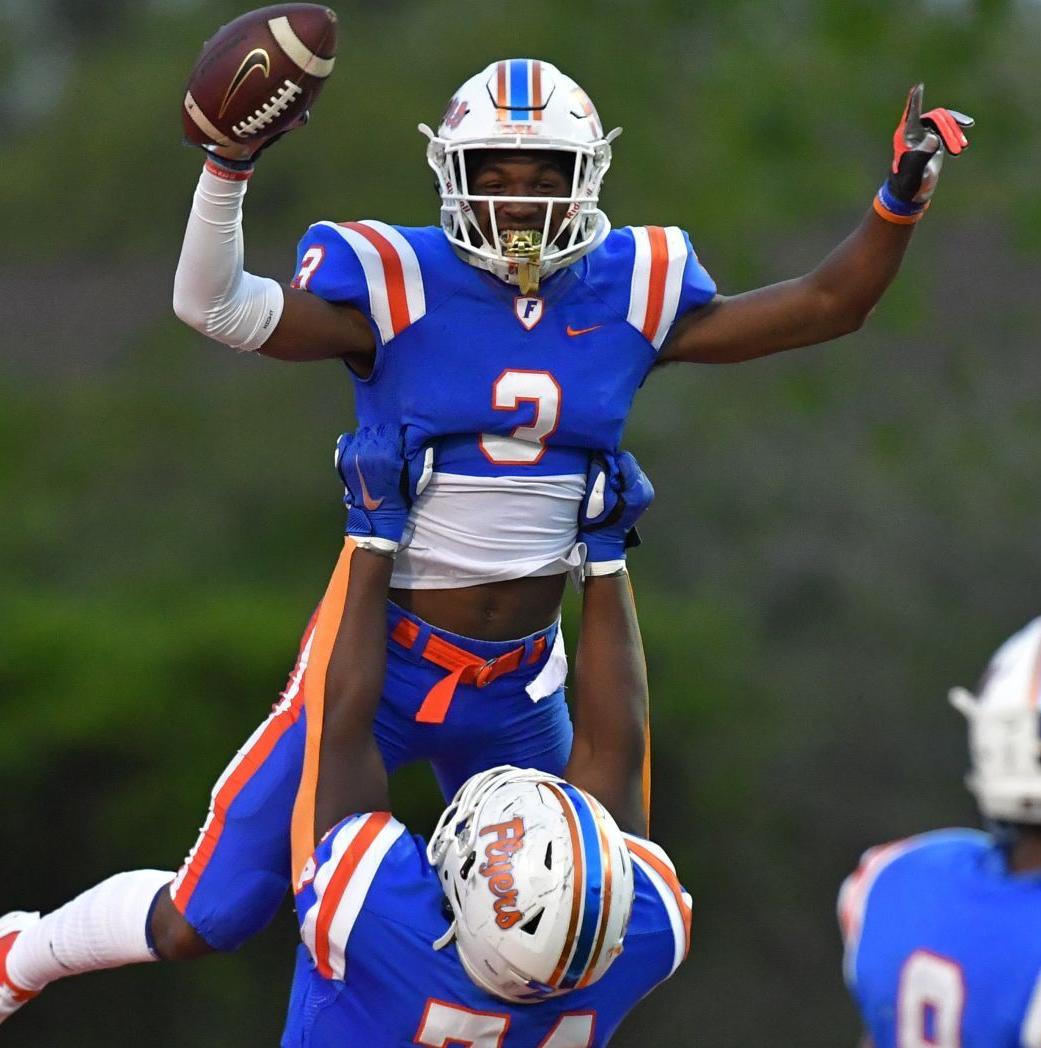 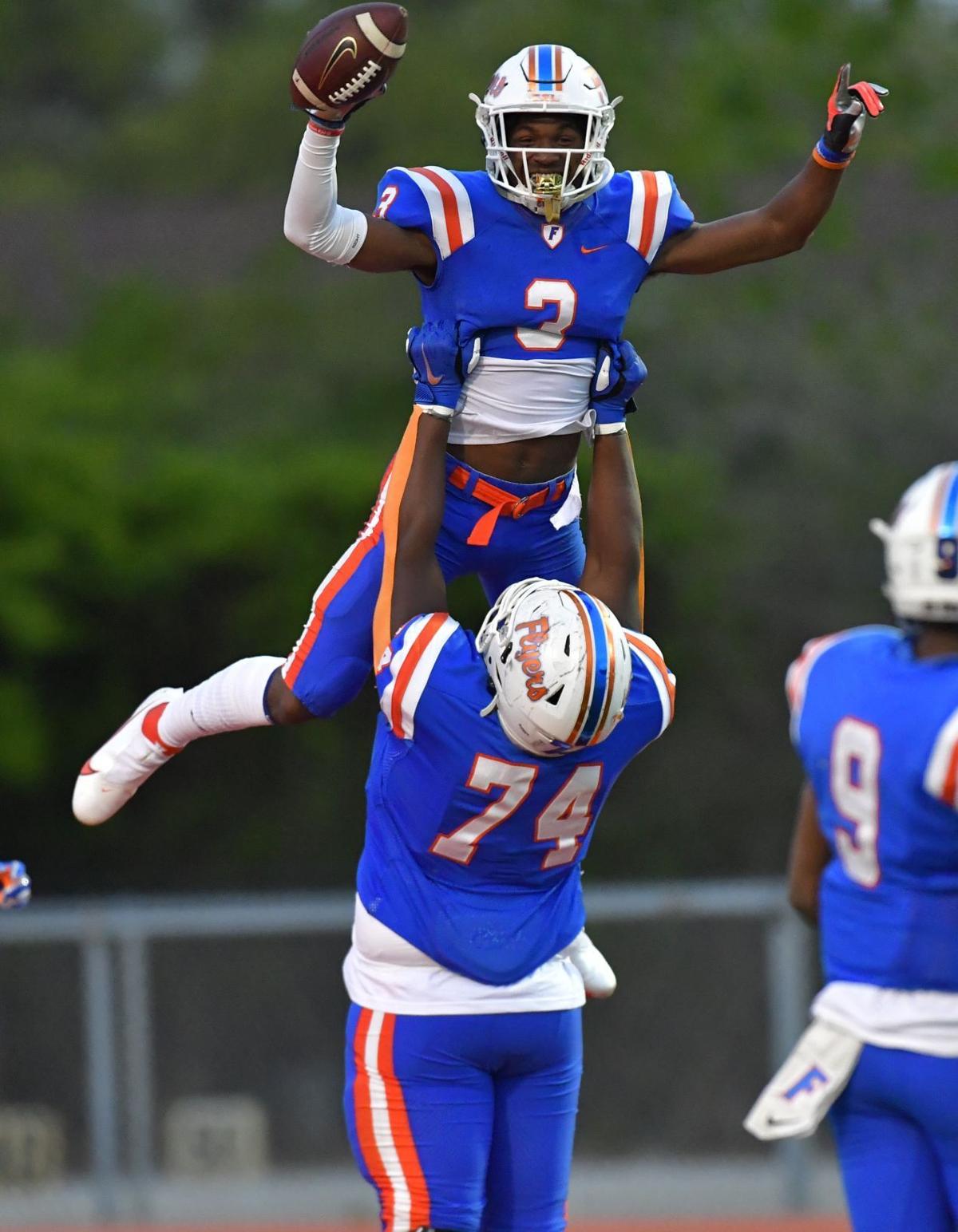 East St. Louis' Luther Burden III is atop the rankings of college prospects at wide receiver, and Missouri is one of the schools in the running for his services. 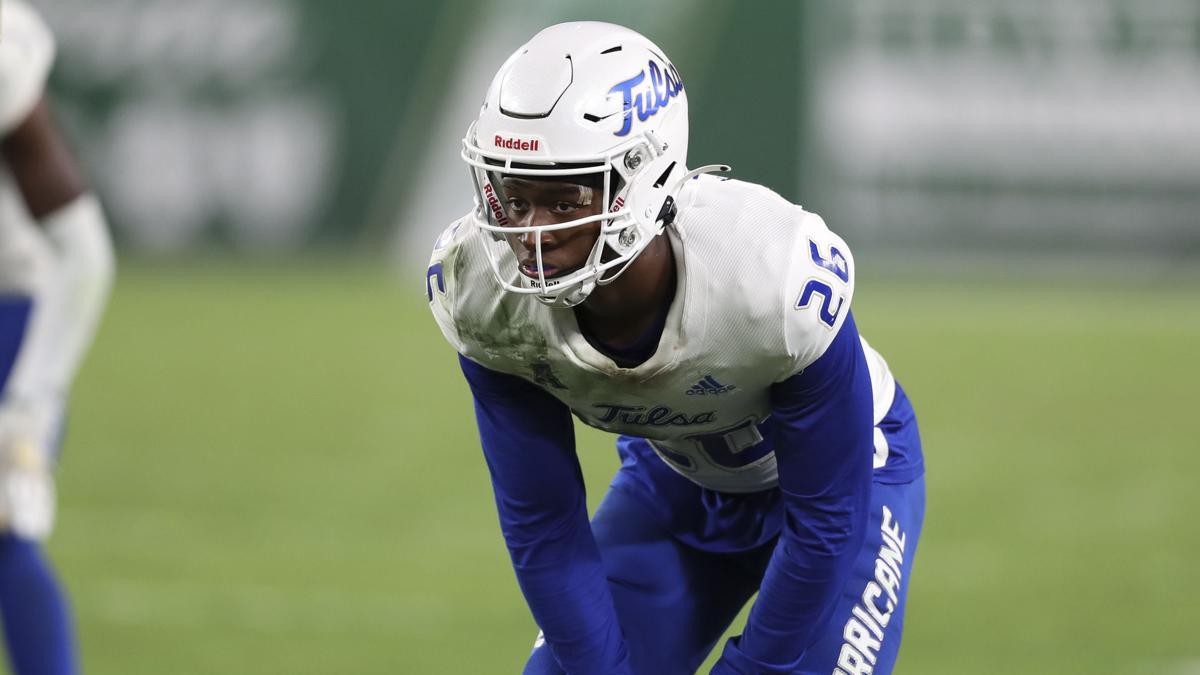 Cornerback Akayleb Evans has transferred from Tulsa to Missouri and could push for a starting job with the Tigers.

The NCAA lifted its lengthy recruiting dead period on June 1, and since then Mizzou has hosted 20 high-priority prospects on campus for a one-day event, secured two immediately eligible commitments at positions of need and flipped a four-star high school recruit from a Southeastern Conference power. Oh, and the Tigers still are in the thick of the competition for the nation’s No. 1-rated wide receiver.

It’s been quite a June for Drinkwitz.

“He’s been aggressive,” said Adam Gorney, national recruiting director for Rivals.com and Yahoo Sports. “He’s gone after guys that he thinks he can get and he hasn’t held back on guys that he wants to flip.”

Marcus Scott II is the latest. The four-star cornerback from Conroe, Texas, came to Columbia over the weekend on an official recruiting visit and switched his verbal pledge from Louisiana State to Mizzou, becoming the fourth four-star recruit committed to MU’s 2022 class.

The Tigers, now with nine 2022 commitments, began the week with as many or more four-star pledges than several Power 5 teams have total commitments for 2022 — including Nebraska, Iowa State, Clemson, North Carolina, Auburn, Miami and Mississippi. Mizzou signed five four-star players in the 2021 class, which ranked No. 20 nationally, the top-rated MU class in the Rivals.com era.

But the madness has just started. Coming off the NCAA’s 15-month dead period, imposed in March of 2020 as a precaution during the coronavirus pandemic, coaches and industry experts have expected a flurry of June recruiting visits and commitment flips as prospects are scheduling trips around the country, both official and unofficial campus visits. For many it will be the first time they’ve met college coaches in person and stepped foot in their facilities. Schools can make in-person contact with recruits until the next dead period begins June 28. It runs through July 24.

As of Monday, 40 of the nation’s top 100 players, as rated by Rivals, have committed to a school. SEC teams have 107 commitments collectively — for an average of 7.6 per team — led by Mississippi State (14).

But the flips could come fast and furious.

“Some coaches love doing that. There’s definitely this idea that recruiting really starts when a kid commits,” Gorney said. “I think with the dead period ending, we’re going to see tons of kids flipping, tons of kids decommitting. Almost all of them are traveling the entire month. It’s just insanity out there. I think we’re going to see a lot of kids revisiting all the visits they had, the feeling that they got at each school. That’s going to be an opportunity to say, ‘Hey, I like Missouri more than where I’m committed now. Let’s take a second look.’ If Drinkwitz and his staff continue to go after those guys, I think that’s going to be a big thing.”

None is bigger than East St. Louis’ Luther Burden, the nation’s top-rated wide receiver. He’s been committed to Oklahoma since last fall but has since taken visits to Mizzou and Mississippi, with trips planned for Alabama, Georgia, Indiana, Oklahoma and Florida. Burden plans to return to Columbia on June 24 for Mizzou’s seven-on-seven camp. Expect a six-month courtship until the December signing period.

“Oklahoma, obviously they have things running pretty well. A wide receiver of his caliber, it makes a whole lot of sense,” Gorney said. “But Missouri is definitely in this one. It’s not just like he’s showing interest but not really involved. He’s been on campus. That’s a big-time thing. They’re selling him as the No. 1 receiver. That’s going to be a big thing. He might stay committed to Oklahoma this whole time and really just take it down to the wire and make a last-second decision. This is definitely not over. I absolutely think Drinkwitz and his staff are aggressively going after him and I think they have a shot of pulling that off.”

Flips can work both ways, too, and Mizzou’s committed players can expect attention from other programs. St. Charles High defensive lineman Marquis Gracial committed to Mizzou last month but took an official visit to Iowa State over the weekend.

Meanwhile, Mizzou has aggressively addressed immediate needs via the transfer portal. Over the weekend, MU landed Montana State offensive tackle Connor Wood and Tulsa cornerback Akayleb Evans, both of whom could push for starting jobs once they arrive on campus.

Wood started 20 games over two seasons at Montana State, but his high school coach always believed he had the tools to thrive in a Power 5 offense.

“He moves well and has really good feet,” said Scott Criner, Woods’ coach at Rocky Mountain High in Meridian, Idaho. “When you watch him he’s a big ole dancing bear. He’s got long levers and the high hips that you like to see in an offensive lineman. Just a big barrel-chested kid that you can just tell has really developed.”

“And obviously Coach ‘Drink’ was at Boise State (from 2014-15), so I think there’s a familiarity for the kid,” Criner said, “and I think he’s going to find the competition that he’s looking for and will enjoy the process.”

Ten Hochman: On this day, 50 years ago, the Cardinals’ Bob Gibson won his 200th game (naturally, a complete game)​

East St. Louis' Luther Burden III is atop the rankings of college prospects at wide receiver, and Missouri is one of the schools in the running for his services.

Cornerback Akayleb Evans has transferred from Tulsa to Missouri and could push for a starting job with the Tigers.