Mizzou head basketball coach Cuonzo Martin directs his team on Friday, Nov. 8, 2019, in the second half of a game against Northern Kentucky at Mizzou Arena in Columbia, Mo. Photo by Christian Gooden, cgooden@post-dispatch.com 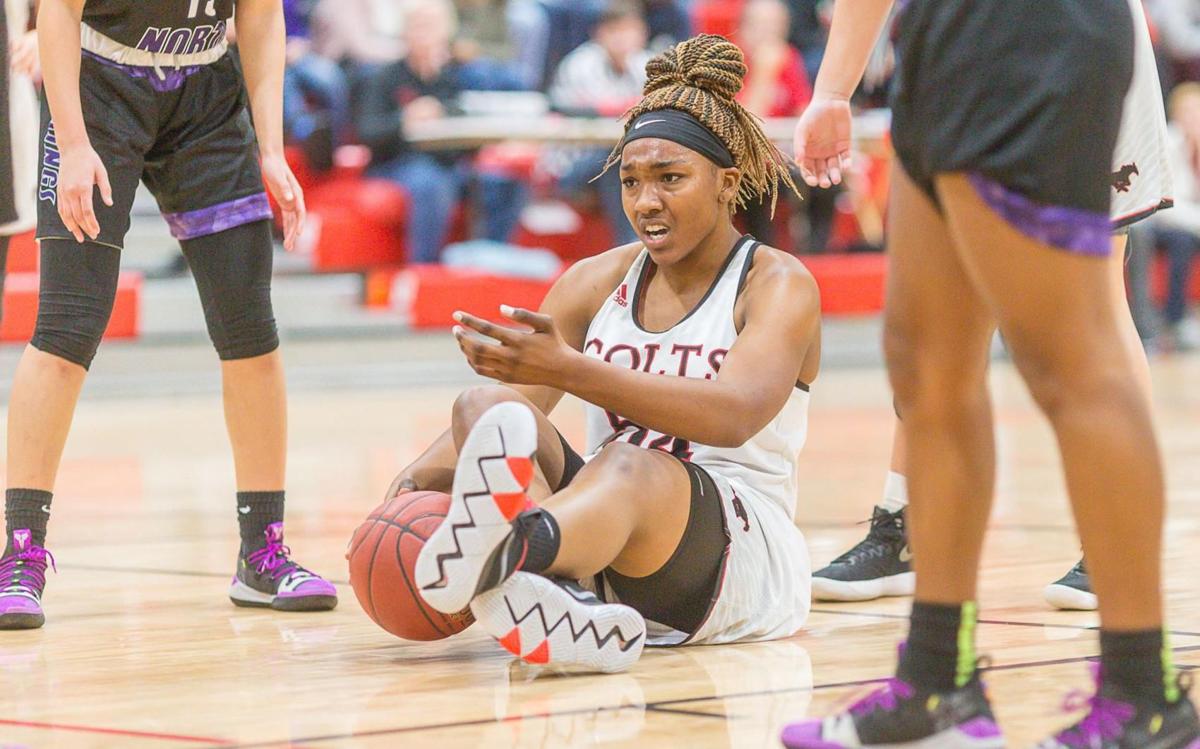 On the first day of the national signing day period, the Missouri men's basketball team officially added its big man of the future on Wednesday, signing 7-foot-3 center Jordan Wilmore, a Baltimore native who first committed to the Tigers in September. Wilmore played at Whitehaven High School in Memphis, Tenn., as a junior and now attends prep school at the Atlanta Skills Factory. He's the only player the Tigers have committed for the 2020 class.

"Jordan has great length and a good feel for the game," Mizzou coach Cuonzo Martin said. "He is disruptive defensively protecting the rim and excellent on the glass, and will be a solid back-to-the-basket big for us. Jordan is a high-character guy, whose passion to be great at this level fits our program well."

"I chose Mizzou because of how real and genuine Coach Martin and his staff are," Wilmore said. "They did not try to sugarcoat anything, and they were honest with me about my development and where I need to be to become a great basketball player. They've welcomed me home, and I feel like I've arrived home at Mizzou."

The well-traveled Wilmore has also spent time at Mt. Zion Christian Academy in North Carolina and DeMatha Catholic in Maryland. He wasn't highly recruited at the high-major conference level, holding offers from Jacksonville State and Southern Utah, though earlier this year he told other outlets he also held offers from Ole Miss and Tennessee.

Assuming he arrives at his current listed height of 7-3, Wilmore will be the tallest player in Mizzou history. Only six players to play for the Tigers have been listed at 7-feet tall, with former center Tom Dore (1977-80) the tallest at 7-2. The current roster features 7-foot center Axel Okongo, who has two years of eligibility. He's yet to play in a game for the Tigers.

"We couldn’t be more excited to have Jayla and Sara-Rose joining our family,” Tigers coach Robin Pingeton said. “They are not only talented players, but are high-character individuals who we know will be a great addition to our program. We know the future is bright for both of them, and we are so grateful that they chose to come be a part of what we’re building at Mizzou."

“Mizzou gives me a sense of home,” said Kelly. “I feel that within this culture, I can pursue excellence on and off the court. I’m more than excited to sign with the Tigers.”

Smith will join fellow Aussie Shannon Dufficy, who transferred to Mizzou from Utah State. Smith was a member of the Australian’s selection camp roster for the FIBA U19 World Cup and won bronze at the 2018 Youth Olympics playing for Australian’s 3-on-3 national team. Smith also played for a Victoria Metro team that won a gold medal at the 2018 U18 Australian Junior Championships plus two seasons for Basketball Australia Centre of Excellence in the NBL1 league.

“I am so excited to be given the opportunity to begin the next chapter of my academic and basketball career at Mizzou,” said Smith. “Coach Pingeton, the coaching staff and the team at Mizzou made me feel at home from the moment I stepped on campus, and the energy and buzz around the team was something I cannot wait to be a part of. I am super proud to be able to call myself a Tiger.”

Four-star center was a first-team All-Metro choice as a junior.

Mizzou head basketball coach Cuonzo Martin directs his team on Friday, Nov. 8, 2019, in the second half of a game against Northern Kentucky at Mizzou Arena in Columbia, Mo. Photo by Christian Gooden, cgooden@post-dispatch.com