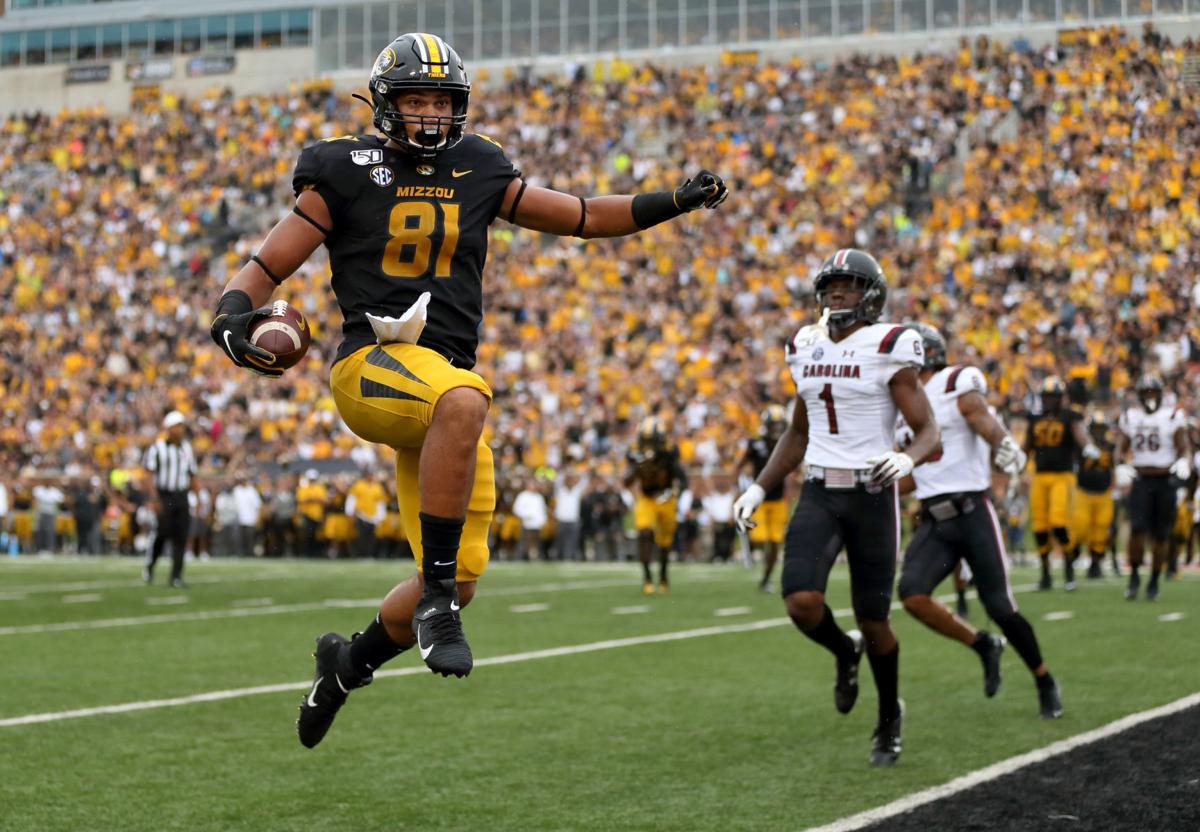 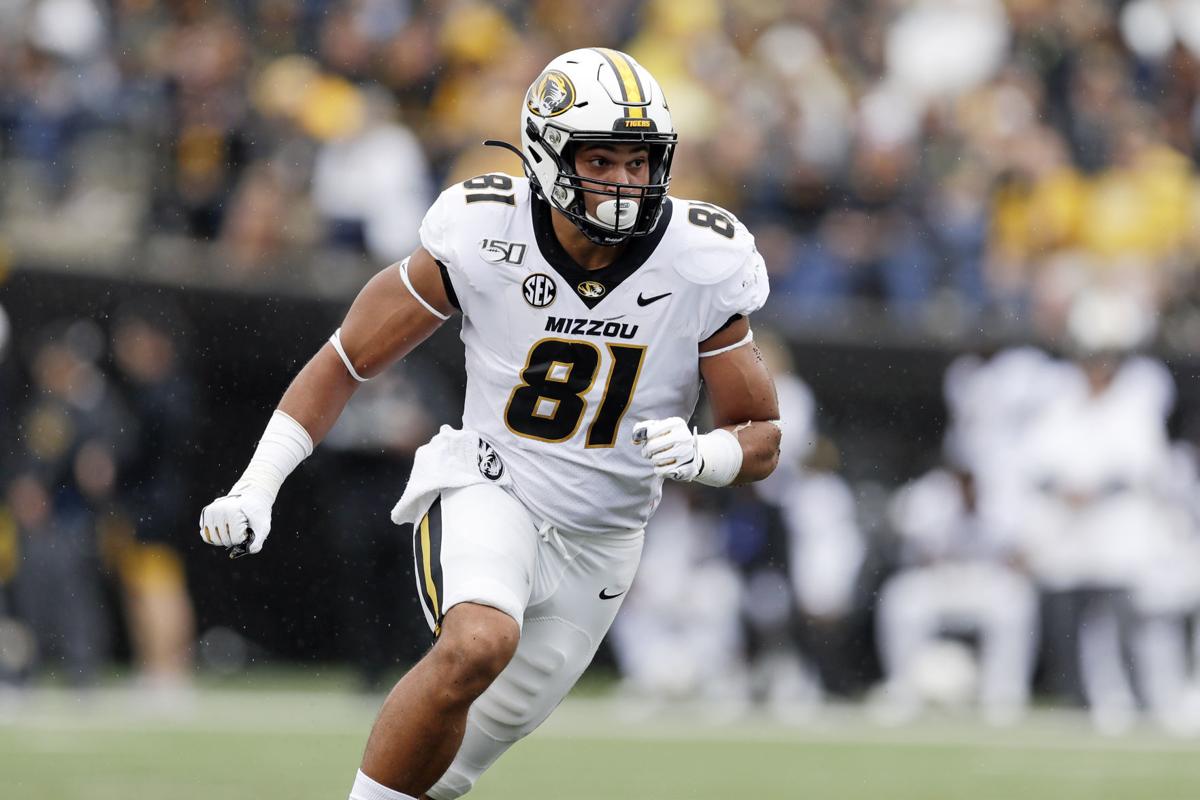 For the second time in two days, the Missouri football team is losing a junior to the NFL draft. This one was expected: Tight end Albert Okwuegbunam won’t return for his senior season and will make himself available for the 2020 draft. He announced his plans on Twitter.

He tweeted the following on Monday: “I’m beyond thankful for my experiences at this outstanding University. I’ve learned so much about the game of football and life over these past 4 years. Through trial and triumph these experiences undoubtedly molded me in to the player/man I am today. I am extremely thankful for all my coaches throughout my career so far and their everlasting impact on and off the field. But most importantly I am thankful for my brothers and the extremely tight bonds I’ve formed over these years. Through the ups and downs we’ve always stayed solid and supported each other when at times it felt no one else was and I can’t thoroughly express the gratitude I’ll always have for that.

“Ever since the first time I put on a helmet and shoulder pads playing in the NFL has been my dream. God-willing I’ve been blessed with this opportunity and I have decided to embark on that journey now. I will forgo my last year of eligibility and declare for the 2020 NFL Draft. I’m excited for what the future holds but will always be thankful to Missouri.”

Okwuegbunam has not yet received a draft grade from the NFL draft advisory committee, a source confirmed Monday.

Okwuegbunam had a disappointing 2019 season, finishing with a career-low 26 catches for 306 yards and six touchdowns. He missed the home finale against Tennessee with a shoulder injury. In seven games against Southeastern Conference teams, he caught only 17 passes for 145 yards and two touchdowns. In three November games, he caught only eight passes — none in the season finale win over Arkansas last Friday. He led the team with eight drops and had several costly penalties, including a flag for unsportsmanlike conduct that negated a crucial first down in MU’s loss to Florida.

In 33 career games, he caught 23 touchdowns, second all-time at Mizzou behind only former All-America tight end Chase Coffman's 30 touchdown catches from 2005-08. He finishes his three-year career with 98 catches for 1,187 yards.

Okwuegbunam first committed to Mizzou’s 2016 recruiting class before Gary Pinkel announced his retirement then stuck with the Tigers when Barry Odom was promoted to head coach. After a redshirt season in 2016, the Springfield, Ill., native became an instant hit in Mizzou’s offense and led the SEC with 11 touchdown catches, the most by any tight end in the country. After his Freshman All-America season, Okwuegbunam boosted his receptions from 29 to 43 as a sophomore, even though he missed the season’s final four games with a broken scapula. He still became a finalist for the John Mackey Award, given to the nation’s best tight end.

Okwuegbunam explored his draft stock after the season but decided to return for his junior year. He attended the NFL’s Elite Football Symposium in the spring, one of about 30 projected draft picks invited to the NCAA’s headquarters in Indianapolis for a series of seminars on the draft process and life as an NFL rookie.

His first two years prompted preseason All-America buzz heading into this season, but he rarely established a prominent role in the offense. His targets slipped from 58 in nine games last year to 46 in 11 games this year.

Here are the underclassmen who left Mizzou for the NFL draft this century:

Odom out at Mizzou, quick search expected for coach's replacement

AD Jim Sterk hopes to hire his next football coach within two weeks.

Team captain was one of the SEC's best defensive tackles this season.