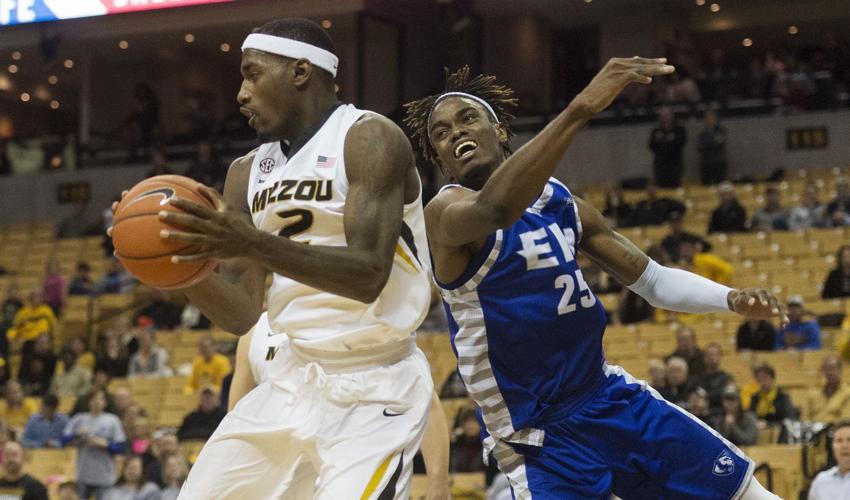 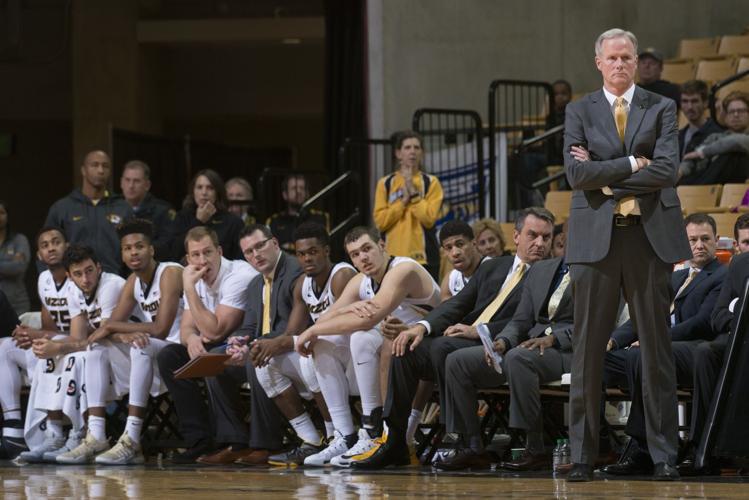 COLUMBIA, MO. • The sheet of ice that covered most of Missouri on Friday night left Eastern Illinois’ basketball team stranded on Highway 70 for more than seven hours near the Foristell exit. With the Panthers bound for Columbia to play Missouri at Mizzou Arena, the trip from Charleston, Ill., that usually takes four hours lasted 12.

In the end, it was all worth it for Jay Spoonhour’s road-weary team.

By Saturday, Eastern Illinois was greeted by a Missouri team that seemed to play with frostbite. The Tigers couldn’t shoot from 3-point range (no surprise) and couldn’t handle the ball (mild surprise). Any time they captured momentum, they fumbled it away on the other end. When possessions mattered most in the final seconds of a close game, the Tigers found new ways to implode.

It added up to a 67-64 loss, the latest candidate for the program’s worst defeat on Kim Anderson’s watch. It’s becoming a lengthy list.

“Not sure why we didn’t have the energy we needed to play this game,” Anderson said, “but we’re certainly going to try to find it by Wednesday.”

That’s when Missouri tips off against Illinois in the Braggin’ Rights Game. For the third straight season, the Tigers will come to St. Louis with a 5-5 record. This year, though, the schedule was constructed to give Mizzou a path to more wins by the time the holiday rivalry game arrived. The Tigers didn’t comply with that script.

With a chance to build some credibility with a mostly soft six-game homestand, the Tigers could only break even the last three weeks. They eclipsed their ineptitude in a 10-point loss to North Carolina Central with Saturday’s flat performance against the Panthers (7-4). It was the first time in Eastern Illinois’ history the program defeated a major conference opponent on the road.

In three seasons under Anderson, the Tigers now have lost four games to teams outside of the major conferences: Missouri-Kansas City, Davidson, North Carolina Central and Eastern Illinois — with three of those coming in the last four weeks.

“Obviously it’s a really big win for us,” said Spoonhour, a former Mizzou assistant and the son of former SLU coach Charlie Spoonhour. “We have a lot of guys from St. Louis and the Kansas City area, so for Kim to play us it’s a big benefit to our team.”

Especially when it ends with a victory. The Panthers turned a tie game into a seven-point lead in just 30 seconds midway through the first half after Montell Goodwin’s jumper, followed by a Missouri turnover. After committing one of MU’s 15 turnovers, point guard Terrence Phillips was called for a flagrant foul on Ray Crossland, one of those St. Louis natives on Spoonhour’s roster. The Hazelwood Central product sank both free throws, and on the ensuing possession, Cornell Johnston (Ladue High) drilled a 3-pointer for a 53-46 lead.

Anderson agreed with the foul call on Phillips.

Mizzou climbed back and the teams traded leads down the stretch, but every time the Tigers appeared to seize momentum — on a Jordan Barnett dunk, on a Willie Jackson dunk, on a Frankie Hughes dunk — the Panthers always counterpunched. Demetrius McReynolds answered Hughes’ transition slam with a 3-pointer for a 64-63 lead, followed by another Goodwin 3-pointer with 1:39 left for a four-point advantage. Goodwin finished with a game-high 22 points.

Anderson decided against having his team foul on Eastern Illinois’ next possession, which ended with a missed layup.

“Bottom line,” he said, “we had trouble scoring, so I didn’t want to give them more points.”

Missouri’s only point in the final three minutes was a Phillips free throw, cutting the lead to 67-64 with 46 seconds left. Eastern Illinois missed a shot with 17 seconds on the clock, but instead of calling a timeout, Anderson let the Tigers play out the final series. He called for a high screen to free Hughes or Cullen VanLeer for an open 3-pointer but instead, Phillips dribbled the ball around the arc and had to hoist a late 3-pointer that skimmed off the rim.

“Terrence got an OK shot,” Anderson said, “but that’s not really the guy you want shooting.”

Barnett (CBC), playing in his first game for MU since transferring from Texas last season, played 24 minutes but scored just three points on a dunk and a free throw. He had five rebounds but missed all four of his shots from behind the arc. He was hardly alone in the freezeout: The Tigers shot three of 18 from 3-point range

“Obviously a little rusty,” he said. “It was my first game back in a long time. Could have gone better. But at the end of the day, I wish we could have won the game.”

See what our Mizzou beat writer has to say about the 2017 football season, basketball's outlook and more in his weekly chat.

Mizzou's Beckner on road to recovery

Defensive tackle could be cleared for some work during spring practices; Hilton, Witter, Bailey undergo surgery.