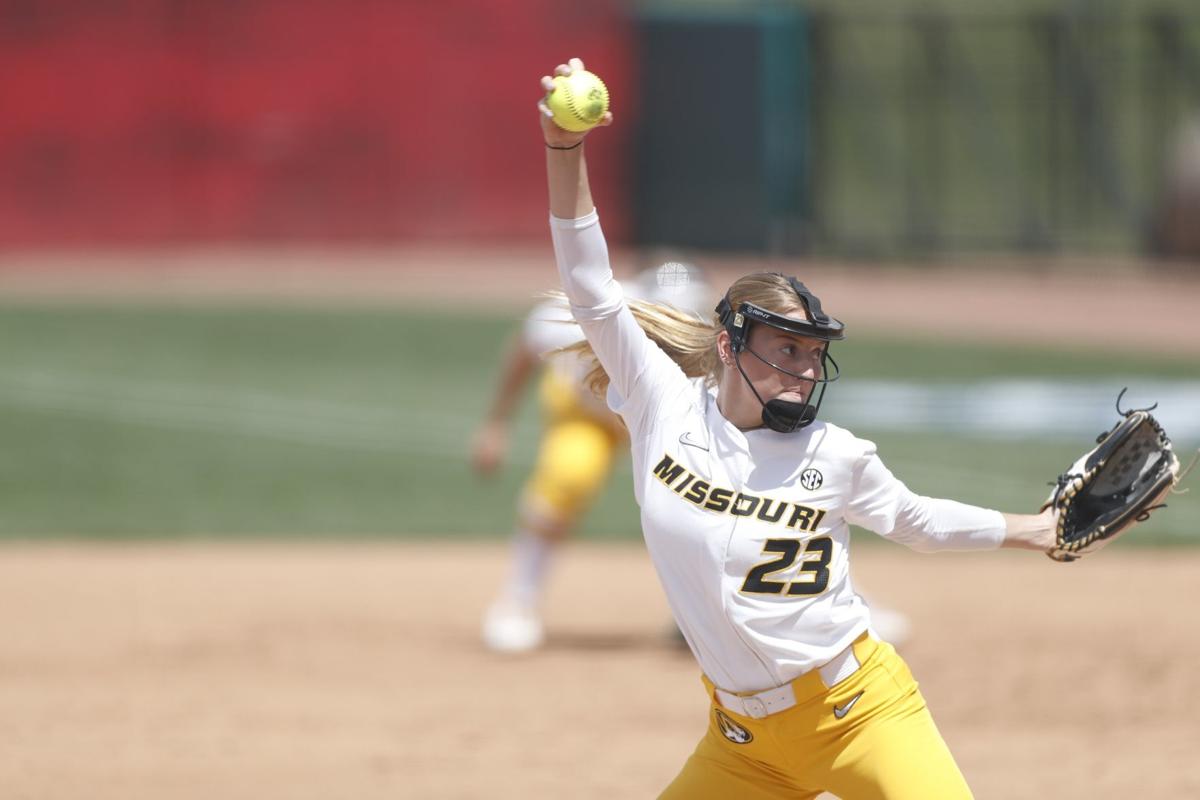 Missouri's Jordan Weber pitches to Louisiana State during the SEC tournament quarterfinals in Tuscaloosa, Alabama on May 13. 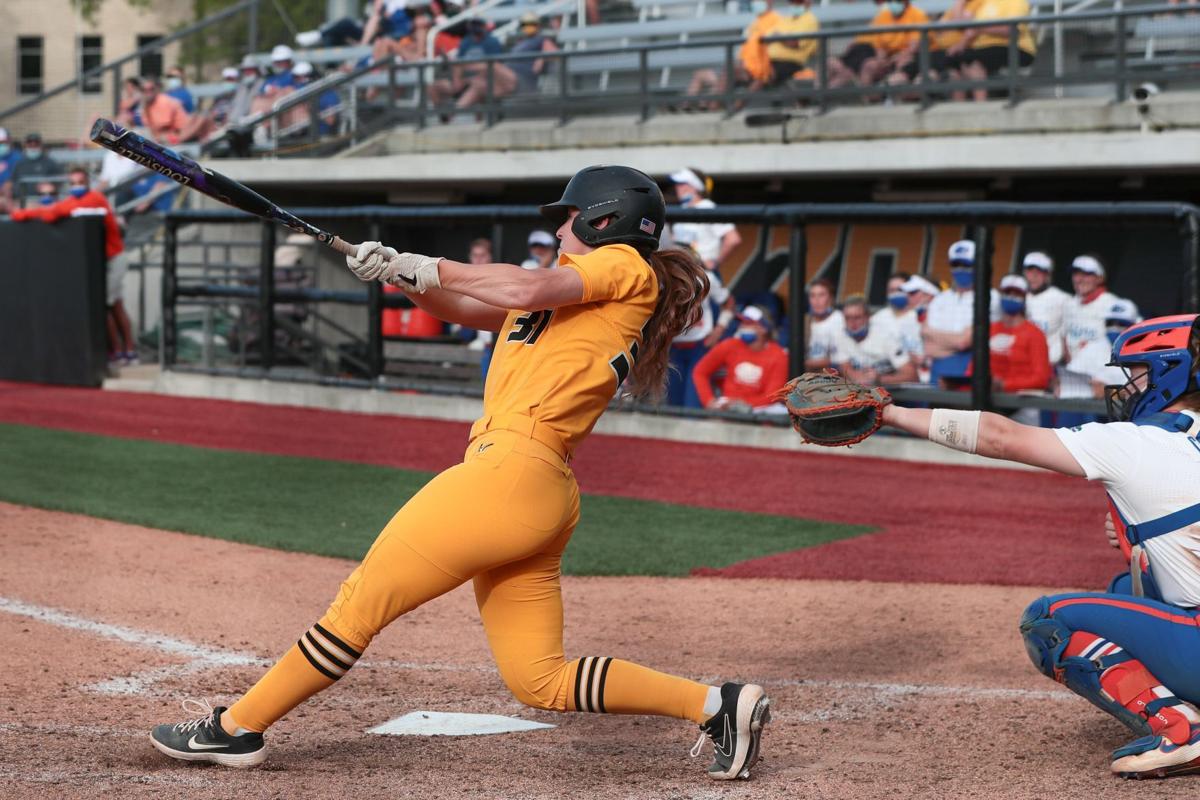 Missouri catcher Hatti Moore hits a two-run home run in the fifth-inning against Florida on May 1 that clinched a 10-2 run-rule victory at Mizzou Stadium in Columbia, Missouri. (Zach Bland, Mizzou Athletics)

A thunderous offense carried the Missouri softball team through the regular season, but on the Tigers’ first brush with postseason play, starting pitcher Jordan Weber commanded the spotlight. The right-hander allowed just two hits in Thursday’s complete-game outing in Mizzou’s 4-1 win over Louisiana State in the Southeastern Conference tournament quarterfinals in Tuscaloosa, Alabama.

“She threw outstanding,” Mizzou coach Larissa Anderson said. “The biggest thing from the very beginning is (their hitters) weren’t on time. They were so out in front and she was spinning the ball like crazy. I was just going to stay with her until they made adjustments and they got on time.”

With their first SEC tourney win since 2015, the fourth-seeded Tigers (38-14) advanced to the semifinals for just the second time since joining the league and the first time since 2013. Anderson’s team faces No. 1 seed Florida (42-8) at 3 p.m. Friday on ESPN2. The Gators, 6-2 winners over Mississippi State on Thursday, took two of three from Mizzou two weeks ago, but MU outscored Florida 14-10 in the series including a 10-2 run-rule victory.

On Thursday, Mizzou struck first on an LSU defensive miscue in the first inning. MU’s Hatti Moore singled and advanced on a passed ball, then with two outs scored on pitcher Ali Kilponen’s throwing error on a Casidy Chaumont single.

In the third, the Tigers stranded the bases loaded with one out, but they made up for the blown chance in the fourth when Cayla Kessinger doubled the lead with a solo home run. Later in the inning, Brooke Wilmes singled in another run for a 3-0 advantage.

LSU finally got to Weber in the fifth when pinch hitter Ali Newland tripled off the glove of right fielder Alex Honnold for LSU’s only run.

Wilmes singled home another run in the sixth, more than enough cushion for Weber, who struck out Taylor Tidwell looking at a curveball to finish off the win. Weber (10-5) struck out four with three walks and threw 121 pitches.

Could Mizzou land another in-state target in Marquis Gracial?

The four-star defensive lineman from St. Charles High School plans to announce his verbal commitment Friday. Mizzou is among his five finalists.

Missouri's Jordan Weber pitches to Louisiana State during the SEC tournament quarterfinals in Tuscaloosa, Alabama on May 13.

Missouri catcher Hatti Moore hits a two-run home run in the fifth-inning against Florida on May 1 that clinched a 10-2 run-rule victory at Mizzou Stadium in Columbia, Missouri. (Zach Bland, Mizzou Athletics)