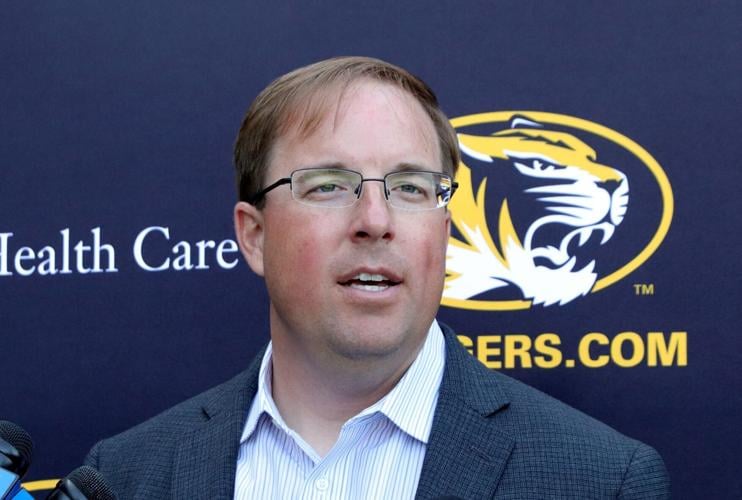 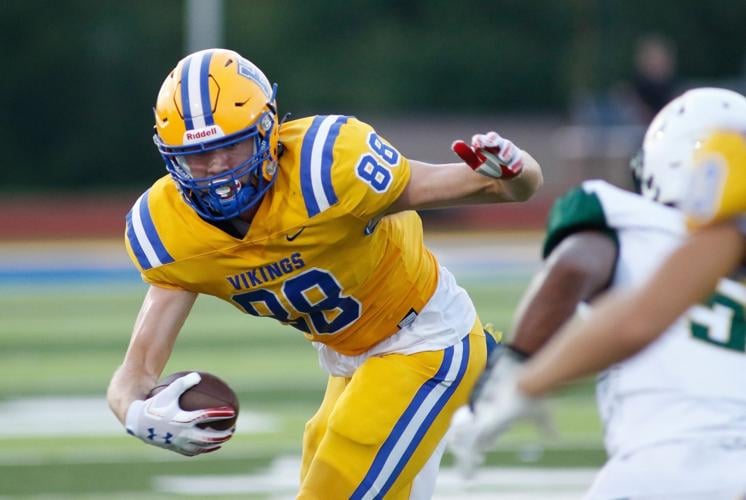 COLUMBIA, Mo. — The start of college football’s 2022 season is less than three months away, but for 2023 recruits, it’s officially camp and visit season.

Many of the elite prospects in Missouri and just beyond the state border will spend the month crisscrossing the country on official recruiting visits as they narrow their choices ahead of December’s signing period.

At Mizzou, third-year Tigers coach Eli Drinkwitz is looking to build on back-to-back top-20 signing classes and add to the four verbal commitments he’s secured for the 2023 class. The Tigers have a busy schedule of camps scheduled for June and just hosted a free youth camp in St. Louis on Sunday, with similar events coming to Kansas City and Columbia in the coming weeks. Mizzou has invited priority recruiting targets to campus June 24-26.

For other highly rated prospects, competition is fierce, especially after a series of offseason head-coaching changes.

“I think it’s a smaller group than normal of impact guys (in the state). There’s still four or five guys that Mizzou should be trying to get that are really elite,” said 247Sports and CBS Sports analyst Carl Reed, the former head coach at De Smet, Lutheran North, University City and Hazelwood West. “But it’s not as big of a class as we’ve had in the past when you think about 2018 and 2019 and probably even 2020.”

From the St. Louis region, two De Smet teammates are among the state’s top targets, cornerback Christian Gray and tight end Mac Markway, who has committed to Louisiana State. Then there’s CBC running back Jeremiyah Love, a player Reed said is “box office special,” and Cardinal Ritter safety Marvin Burks Jr. Just across the Mississippi River, East St. Louis offensive lineman Miles McVay is rated the No. 1 prospect in Illinois by Rivals.com. Norfleet is rated as high as the state’s seventh-best player.

Drinkwitz has recruited the St. Louis area as well as any coach the last two years, signing seven four- and five-star players from the region. But St. Louis remains lush recruiting grounds on a national scale. Gray has taken official visits to Oregon and LSU and plans to see Notre Dame, Ohio State and USC this month. Love has visited Texas A&M and Oregon and has upcoming visits scheduled for Michigan, Notre Dame and Alabama.

“I don’t think that any one school has a stranglehold on recruiting St. Louis,” Reed said. “Whether it’s the Big Ten or the SEC, nobody does. Kids are making decisions based on what they feel is most important to them. It’s not based on loyalty to a team or to a coach. Some kids go to certain schools and have a lot of success. Other kids go to those same schools and don’t have any success at all. That happens sometimes when you go to Ohio State and Oklahoma. That happen sometimes when you go to Mizzou. We can never predict it. At the end of the day, each kid is just making the decision that they think is best for the reasons that they have in place for themselves.”

One, Oklahoma’s Brent Venables, who heavily recruited the state as a Big 12 assistant at Kansas State and Oklahoma and continued to shop for Missouri prospects at Clemson. The Sooners have made a strong push for Green and Adebawore.

Another first-year coach who plans to cast a wider recruiting net is Notre Dame’s Marcus Freeman. For years the Fighting Irish have targeted some of St. Louis’ top players, signing a four- or five-star area player every year from 2019-22, but Freeman knows the region well, too. Reed recalled Freeman heavily recruiting former University City safety Ronnell Perkins when he coached at Purdue. Perkins chose Mizzou.

“He chased him pretty hard,” Reed said, “and has always had strong relationships in St. Louis.”

As for the Tigers, the summer beat marches on with camps, visits, more camps and more visits — a critical time for a program competing for the best players on its radar against some of the best teams in the country.

“We’re trying to be great ambassadors to this state,” Drinkwitz said last week. “And I think that’s where it starts. It’s something I’ve been passionate about since I was a high school coach.”

The SEC has announced conference opponents for the 2022-23 season.

Matter chat: Where does Mizzou rank among the current 14 SEC teams?

The program's career assists and steals leader has retired from his professional playing career, will coach under Dennis Gates as a graduate assistant.

Matter chat: Mizzou's QB race is wide open until a starter is named

Matter: Big 12 survived another wave of realignment, but can it last?

"It's part of America's story," Missouri's AD says of the landmark federal legislation that opened doors for women across college sports.

Mizzou collective primed to take NIL business to 'the next level'