COLUMBIA, Mo. — The 2020-21 year of Mizzou sports provided plenty of memorable snapshots, some impressive debuts and promise for the future. But there was immeasurable loss, too. The coronavirus pandemic swept games off the schedule, emptied arenas and stadiums around Columbia and took athletes and coaches off the fields of competition for days, sometimes weeks at a time because of positive COVID tests and contact tracing.

A year ago, the college sports calendar was in jeopardy. But teams salvaged some semblance of schedules while taking massive revenue hits from all those empty seats. Nothing was normal about the latest school year in Mizzou athletics.

Only reduced crowds at Memorial Stadium could witness the arrival of football coach Eli Drinkwitz, who managed a .500 record during an ever-shifting conference-only regular season, only to have one last COVID surge keep the Tigers from playing in the bowl game to which they had been invited.

Mizzou Arena could only host sparse crowds to catch Cuonzo Martin’s men’s basketball team crack the top 10 of the national polls and return to the NCAA Tournament only to stumble late in the season. The women’s basketball team struggled to develop any cohesion after a series of COVID stops and starts, while a ragged start dug the baseball team into a hole it never escaped.

Meanwhile, wrestling and softball continued to thrive as Mizzou’s two sturdiest programs, culminating in back-to-back weekends of NCAA softball tournaments at Mizzou Stadium in front of newly allowed capacity crowds. The wrestling team continued its mastery of the Mid-American Conference with another league championship, produced another top-10 finish at the national meet then landed a new home, same as its old home, in the Big 12 Conference.

Along the way, some individual performances stood out. Here are the Post-Dispatch’s choice for Mizzou’s superlatives for 2020-21.

Time after time this season, with her motionless stance from the left side of the plate, Wilmes softly rested the bat on her shoulder before unleashing hell on the softball. The Tigers’ 42-win team was loaded with star power, but the senior centerfielder from Johnston, Iowa, packed together the most complete season of any athlete on campus.

The third-team All-American also swatted 13 homers for the most prolific home-run hitting team in Mizzou history, including five in Mizzou’s six NCAA games. In NCAA postseason play, Wilmes hit .409 and drove in eight of MU’s 27 runs over the season’s final two weekends. For the year, she ranked second among MU regulars in batting average (.373) and on-base plus slugging (1.042). Oh, and she played near flawlessly in center field — with six outfield assists and just one error.

Here’s the best news for the Tigers: She’ll be back tormenting SEC pitchers next year. Wilmes will take advantage of the NCAA’s extra year of eligibility to headline what should be Mizzou’s best threat to capture an SEC title in 2021-22.

The second-team All-American led the SEC in kills, points and aces for a 16-win team that reached the second round of the NCAA Tournament.

At times the junior linebacker looked like the best defensive player in the mighty Southeastern Conference, averaging a career-best 9.5 tackles per game. He fought off a few nagging injuries through the Tigers’ brutal 10-game SEC schedule but by season’s end became Mizzou’s first two-time, first-team All-SEC player since the Tigers joined the league nearly a decade ago.

Voted a second-team All-American, Bolton played an integral role in the program’s transition from Barry Odom to Drinkwitz, becoming the team’s most respected voice during some turbulent times on and off the field. One of his best moments came against Arkansas, when he was ejected for a questionable targeting call but stalked the sideline in the second half to make his presence felt in the last-second victory.

“His energy in the fourth quarter and his enthusiasm was what our team needed,” Drinkwitz said. “He provided what was needed at that time, which was leadership. Man, I can’t say enough good things about Nick Bolton.”

Bolton left Mizzou for the NFL but won’t be far away, going to the Kansas City Chiefs in the second round of April’s draft.

The discus specialist dominated the outdoor season, finishing second at the SEC meet and punching his ticket to Oregon for next week’s NCAA championships.

Coach of the yearLarissa Anderson, softball

In her third season at MU, the Tigers fell one victory short of making the Women’s College World Series during an otherwise robust season. The Tigers finished fourth in the loaded SEC and captured an NCAA regional crown for the first time in five years.

The Tigers couldn’t hold off upstart James Madison in the deciding game of last week’s NCAA super regional, but Mizzou has the makings of a powerhouse program. Barring unforeseen roster turnover, the Tigers return their pitching staff next year, plus offensive stalwarts up and down the lineup. Anderson signed the nation’s No. 19 recruiting class last fall, and it includes Fort Zumwalt West High standout middle infielder Julia Crenshaw, rated the nation’s No. 2 recruit.

Stuck indoors for most of the last year, the Columbia community showed up with record crowds for the NCAA games, a testament to the program Anderson quickly has assembled.

“My whole passion when I took over at this program was I want to keep all Midwest kids home,” she said after the season’s final game. “I want Mizzou softball to be the feature school and everybody’s dream school. Now when you get the exposure and you’re playing at that level and you’re from the Midwest, now you think it’s reality. Those are my expectations. I expect to be (in the super regionals) every single year. I wouldn’t be in this chair right now if I didn’t have those expectations. But having people talk about our program all around the country and how excited they are for Mizzou softball, it’s just going to lead to bigger and better things.”

The first-year coach led MU to a third-place finish in the top-heavy SEC East while endearing himself to fans with his energy, charisma and relentless recruiting.

The first-team All-SEC shortstop was a potent threat in the No. 2 spot in the lineup, leading all SEC freshman in hitting (.369) most of the year. The converted slap hitter gave the Tigers pop from the left side and was named the SEC’s freshman of the year.

The British transfer from New Mexico University became the third Mizzou player in team history to reach the NCAA tournament and the first to win a match at the national meet.

(Only first-year transfers or freshmen who hadn’t previously competed in games at Mizzou were eligible in this category.)

The freshman from Wisconsin was rated the nation’s No. 2 recruit when he chose the Tigers and didn’t disappoint as a rookie. In the 165-pound slot, O’Toole went 19-1, captured a MAC championship and had MU’s best performance at the NCAA meet, earning All-American honors with a third-place finish.

The freshman kicker booted 17 of 20 field goals, three from 50 yards or more, including the last-second game-winner against Arkansas.

(Quarterback Connor Bazelak was named 2020 SEC co-freshman of the year but appeared in three games in 2019.) 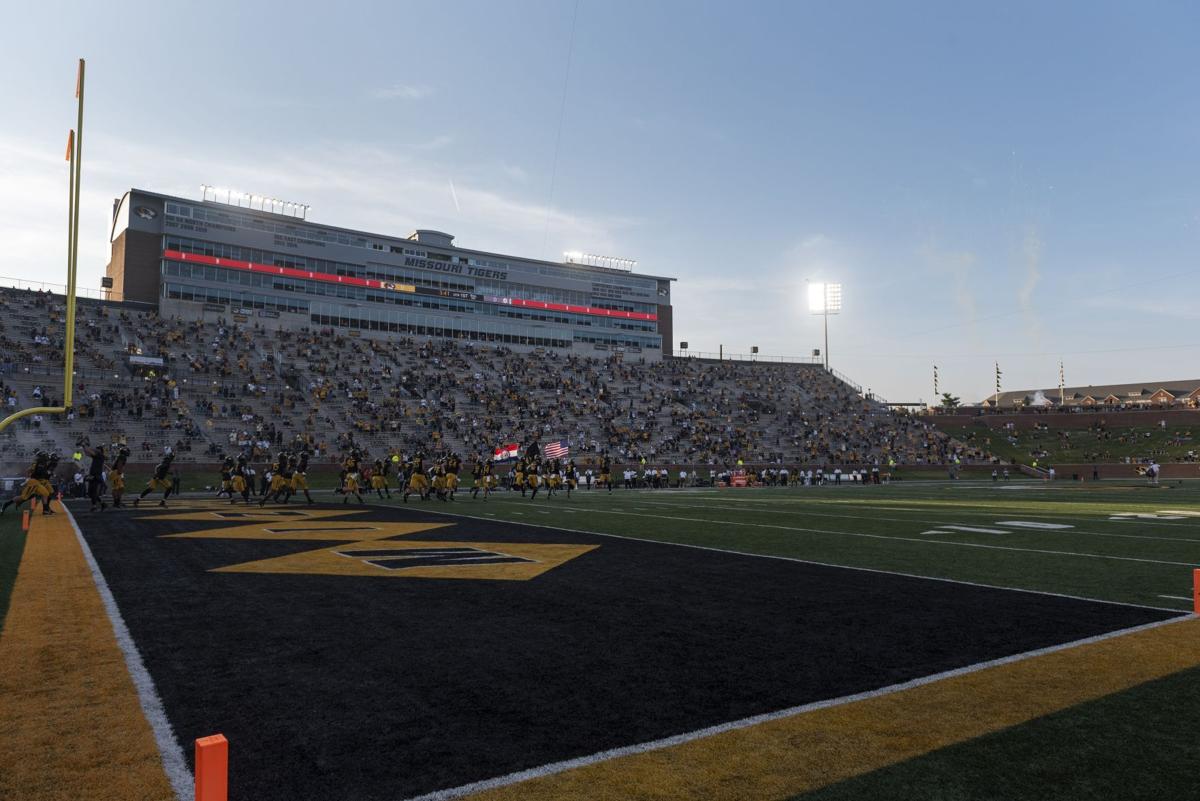 It was a strange year in Mizzou athletics, with social distancing the norm at many events — as was the case when the Tigers took the football field in September to face Alabama.

Mizzou softball player Brooke Wilmes, rounding the bases on a homer against Iowa State last month, had the most complete season of any MU athlete in the 2000-21 school year. 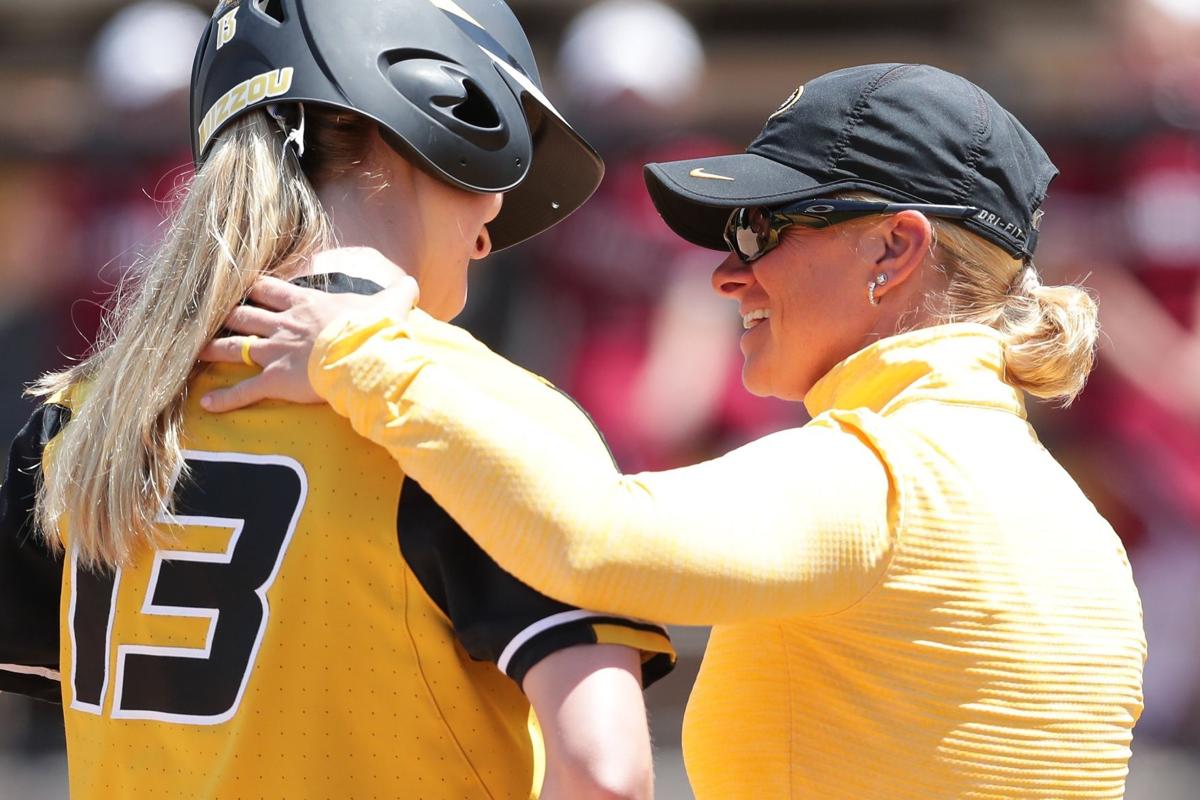 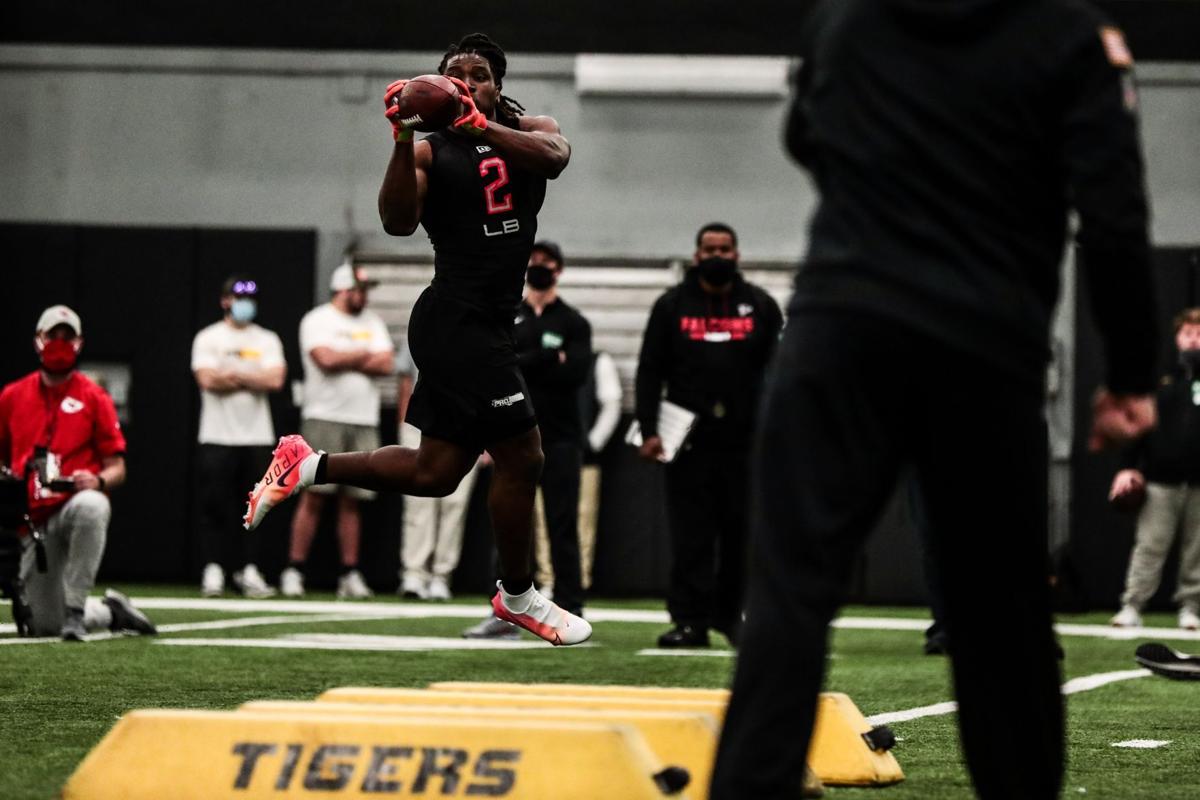