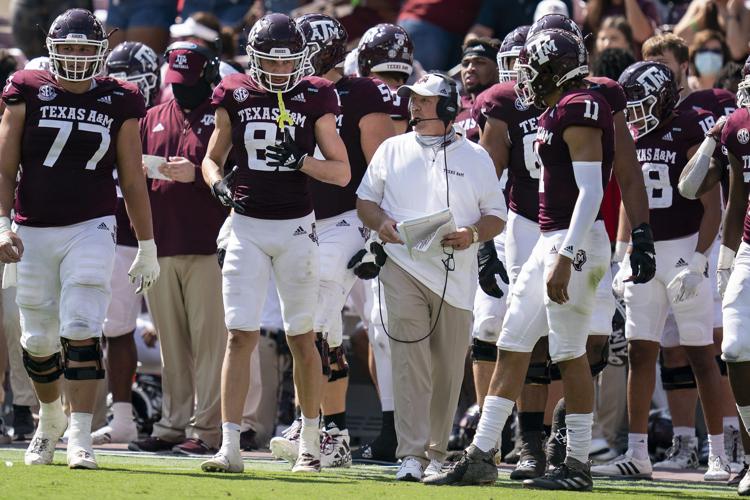 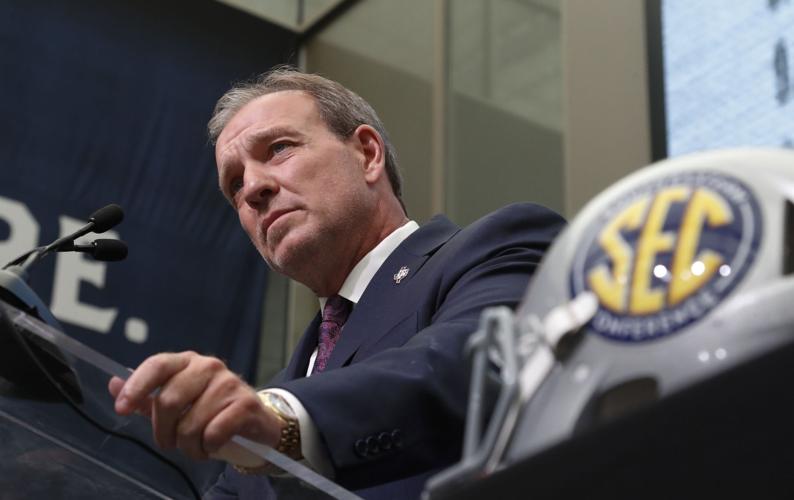 ATLANTA — So, Jimbo Fisher, what unpleasant topic do you want to get out of the way first?

Your public feud with Nick Saban? Your team captain’s arrest for drunken driving and gun charges? Or your team’s unfathomable ability to upset Alabama but lose to four other division opponents?

Fisher was the last coach to take the stage at Southeastern Conference media days on Thursday, and unlike Saban two days earlier, Fisher was instantly met with questions about his nasty exchange with Alabama’s coach earlier this spring. In May, Saban said the Aggies “bought every player” in their top-ranked recruiting class, essentially accusing Fisher of cheating behind the guise of name, image and likeness endorsement deals. That prompted a ferocious comeback from Fisher, who called his former boss’ comments “despicable.” Saban has since apologized — SEC commissioner Greg Sankey reprimanded both coaches for the dust-up — but, curiously, was not asked about the war of words during his session in the main media room here Tuesday.

Fisher barely got comfortable behind the lectern Thursday when Saban’s name came up.

“Listen, we’re great. Two competitive guys that go at it,” said Fisher, who coached under Saban at Louisiana State from 2000-04. “We all learn from things we do in our business. Two competitive guys on a topic that is … everywhere, as they say. There’s no rules in this thing (NIL). … Each state has different laws and everything.”

“I have great respect for Nick,” he added. “Unfortunately, our thing went public. Sometimes that happens in this world. Nothing is private anymore, is it?”

Not in this conference, where Fisher’s program has made strides on the field and in recruiting — the Aggies signed the nation’s top-ranked 2022 class with six five-star prospects — but is still chasing the almighty Crimson Tide, despite upsetting Alabama 41-38 last fall at Kyle Field.

The Aggies showed their vast potential with that victory but also, somehow, dropped SEC West games to Arkansas, Mississippi State, Ole Miss and LSU and finished 8-4 overall. They pulled out of the Gator Bowl against Wake Forest because of roster shortages caused by COVID-19 cases, a fitting ending to a season that exposed the team’s lack of depth and experience in areas. A year earlier A&M finished 9-1 and just missed out on the College Football Playoff field. Then, despite the Alabama upset, the Aggies took steps backward in 2022.

“Should have won ‘em all,” Fisher said. “Disappointed we didn’t play as well as last year, had some injuries. But doesn’t matter. You still have to finish, and we didn’t finish at the end.

“I like where we’re at right now, I like the mentality. I think we’ve been to the highs, been to some disappointment right there. But we have depth and talent.”

But they might not have one of their most talented players. Senior wideout Ainas Smith, a captain last season and A&M’s leading receiver, was pulled over for speeding on Wednesday and charged with DWI, unlawful carrying of a weapon and marijuana possession. He was scheduled to appear here with Fisher on Thursday. Instead, the team suspended him indefinitely. Fisher declined to comment on the situation at media days. If Smith’s suspension lasts into the season, the Aggies could be without one of their best playmakers in critical September games against Miami and Arkansas.

That won’t shift the Aggies’ ambitions for 2022.

“The goal for this team is to compete for the national championship,” offensive lineman Layden Robinson said. “Nothing has changed. We know our standard.”

Still, at a school with unlimited resources, a mammoth fan base and sterling facilities, Fisher hasn’t exactly worked wonders in College Station — other than the recent recruiting burst. In four seasons at A&M, he’s 34-14, not much different from former coach Kevin Sumlin’s first four seasons, when he was 36-16.

Fisher, who’s making $9 million this year as part of his 10-year, fully guaranteed contract, figures to come under more pressure should the Aggies underachieve again this fall.

Bryan Harsin has already felt that pressure at Auburn. After Harsin’s 6-7 debut season, the university launched an internal investigation into allegations of player mistreatment, following a mass exodus of players and coaches. Auburn retained Harsin, who addressed the incident Thursday before anyone could ask him a question.

“There was an inquiry. It was uncomfortable. It was unfounded,” he said. “It presented an opportunity for people to personally attack me, my family, and also our program. And it didn’t work.

“Right now our focus is on moving forward. What came out of that inquiry were a lot of positives. There was a silver lining in all of this. What I saw from our players and our coaches was leadership opportunities for them to step up, which is exactly what they did. You got a chance to see guys provide leadership. You got a chance to see coaches provide leadership. What it did is it united our football team, our players, our staff, our football team.”

Alabama's Nick Saban still thrives in the eye of the storm