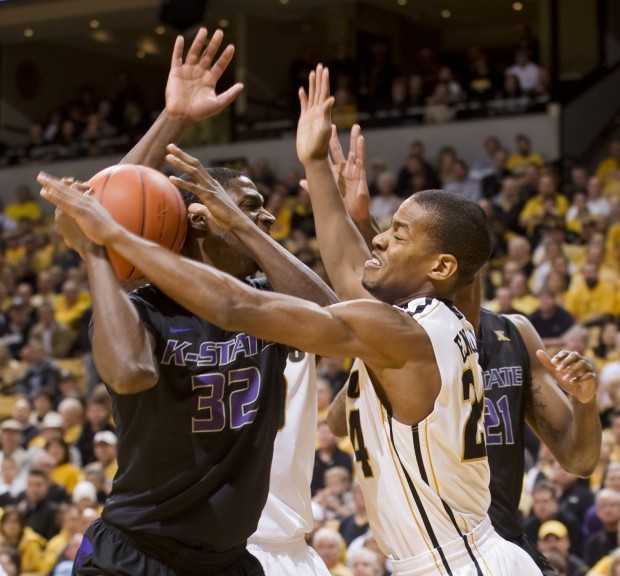 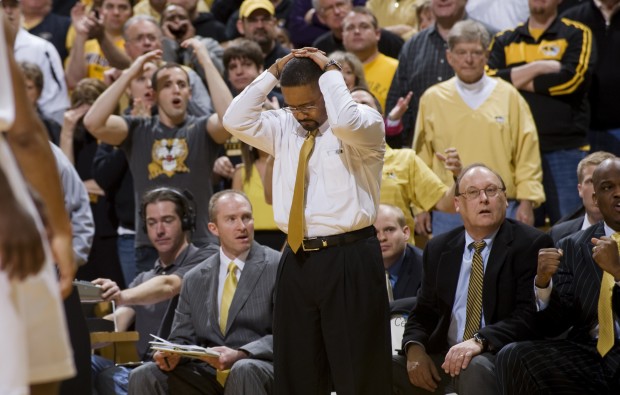 Missouri coach Frank Haith covers his head after one of his players was called for a foul during the first half of an NCAA college basketball game against Kansas State on Tuesday, Feb. 21, 2012, in Columbia, Mo. Kansas State upset Missouri 78-68. (AP Photo/L.G. Patterson) 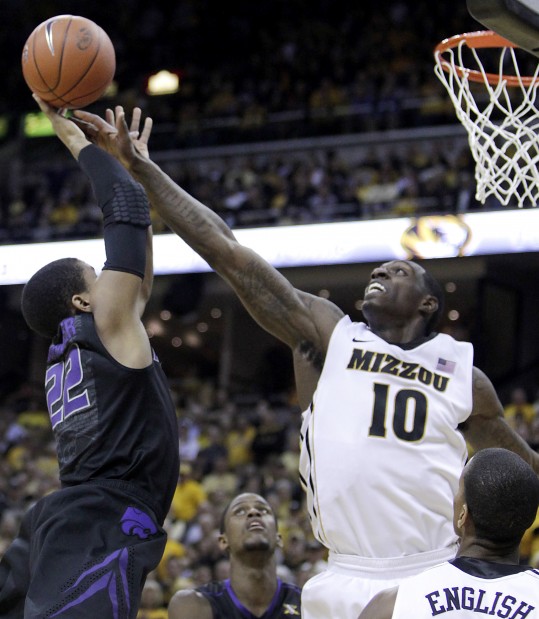 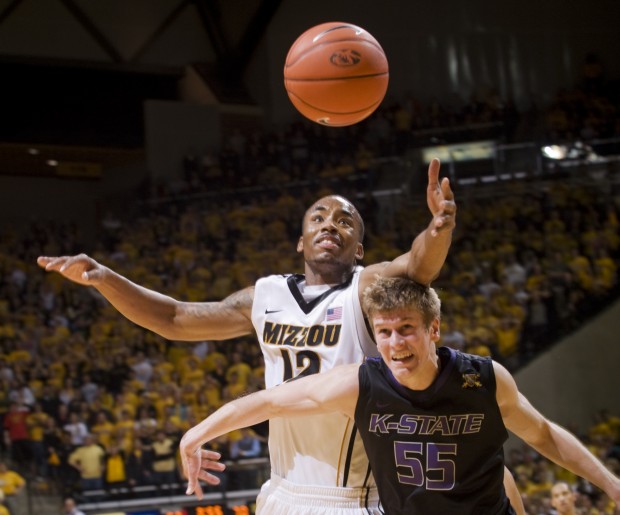 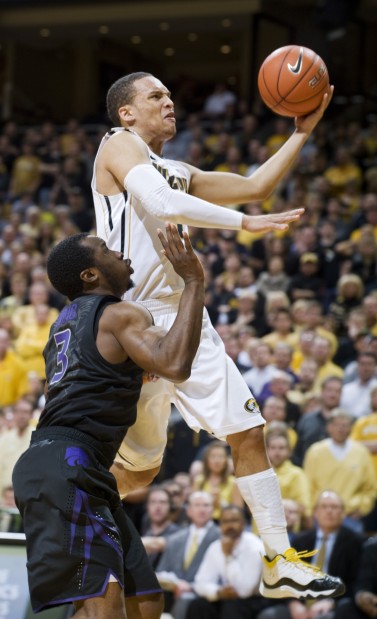 COLUMBIA, MO. • So this is what the imperfect storm looks like.

Shots clanking off the iron. Balls getting swatted away like flies.

Foul trouble? Big time. Tight defense? Missing in action. Good shot selection? Not on this night. In boxing and basketball, they always say that matchups make fights. When it comes to Missouri versus Kansas State hoops, this is as bad a matchup as the Tigers can get. The 25-3 Tigers may be the No. 3 team in the country, but no one gives them fits quite like K-State. The Wildcats are everything a taller and more talented Baylor wishes it could be. Rough and tough. Dogged and determined. All season long, we've guessed what sort of team could be the undoing of Missouri's dream season, and K-State is the emphatic answer to that question.

They are too long and athletic, too nasty, too physical and too deep.

For the second time this season, K-State put on a show that exposed the most bothersome blemishes of this talented Mizzou ballclub. This was that night when the Tigers couldn't shoot straight, got into foul trouble, failed to play physically on defense and once again allowed K-State to push and shove them around.

If the Tigers are lucky, they won't see Kansas State again for the rest of the season. Frank Martin's Wildcats are just too long, just too aggressive, just too physical.

"Their length does bother us," coach Frank Haith admitted. "And they're very physical."

K-State is a matchup headache for Mizzou, and everyone in that MU locker room knows it. But you know what? I hope the Tigers aren't lucky. I hope that in a couple of weeks in Kansas City, somewhere during the course of the Big 12 tournament, we get to see Mizzou vs. K-State Round III.

"We didn't defend the way we usually defend," said the senior guard, who fouled out after scoring only nine points in 31 minutes. "We need to defend."

He paused just long enough to let his displeasure simmer.

"That will be fixed," English said. "It won't happen again."

Losing to Kansas State doesn't change much in the way of how Missouri should be regarded in the big picture. They are still probably one of the top five or six teams in the country. They can still go into Lawrence on Saturday and beat Kansas and regain a share of the Big 12 conference lead. They are still very much in the hunt for a No. 1 seed in the NCAA Tournament, even if the road to the Midwest Regionals in St. Louis probably got a bit more challenging with this home loss Tuesday night.

As Haith quickly reminded the room when some of the postgame questions started getting a bit gloomy, "We are still 25-3. We are still 12-3 in the conference. I am proud of these guys."

Yet this was a game that has to bother Haith and his players, because it was a game that they could have and should have won if they had only matched Kansas State's defensive force and attacked the basket more aggressively. The jump shots weren't falling (only eight for 26 from beyond the 3-point arc; 38.3 percent from the floor on all shot attempts), and the Tigers too often settled for the wrong shots at the wrong times.

They weren't bullied by K-State this go-round. But they didn't raise their games nearly enough to the level that it takes to cope with a rough and aggressive Frank Martin-coached team.

"We gotta put our chests on people," Haith insisted. "Maybe we weren't attacking as much as we should when teams play you like that."

His players know that, too, and they can't wait to get back on the court to get this bad taste out of their mouths. Kansas is next, and that is as big a game as it gets. In Allen Field House. National television. Final game of the most heated rivalry that Mizzou has.

But I suspect that as much venom that will be flowing in their guts as they prepare to face the Jayhawks, these Missouri players want one more crack at Kansas State. They want to solve the K-State riddle, a riddle that is not nearly as glamorous as knocking off archrival Kansas, but one that must be taken care of to tie up all the loose ends of this highly productive and potentially magical season.

Tigers' hopes for a No. 1 seed have been seriously damaged, but the sky is not falling yet.

COLUMBIA, MO. • Kim English appeared to be running the game film in his head as he clutched his face with one hand, squeezed his eyes tightly …

Jordan Theodore scored a career-high 29 points to lead Seton Hall to the win it needed for its NCAA Tournament credentials, a 73-55 victory ov…

Missouri coach Frank Haith covers his head after one of his players was called for a foul during the first half of an NCAA college basketball game against Kansas State on Tuesday, Feb. 21, 2012, in Columbia, Mo. Kansas State upset Missouri 78-68. (AP Photo/L.G. Patterson)