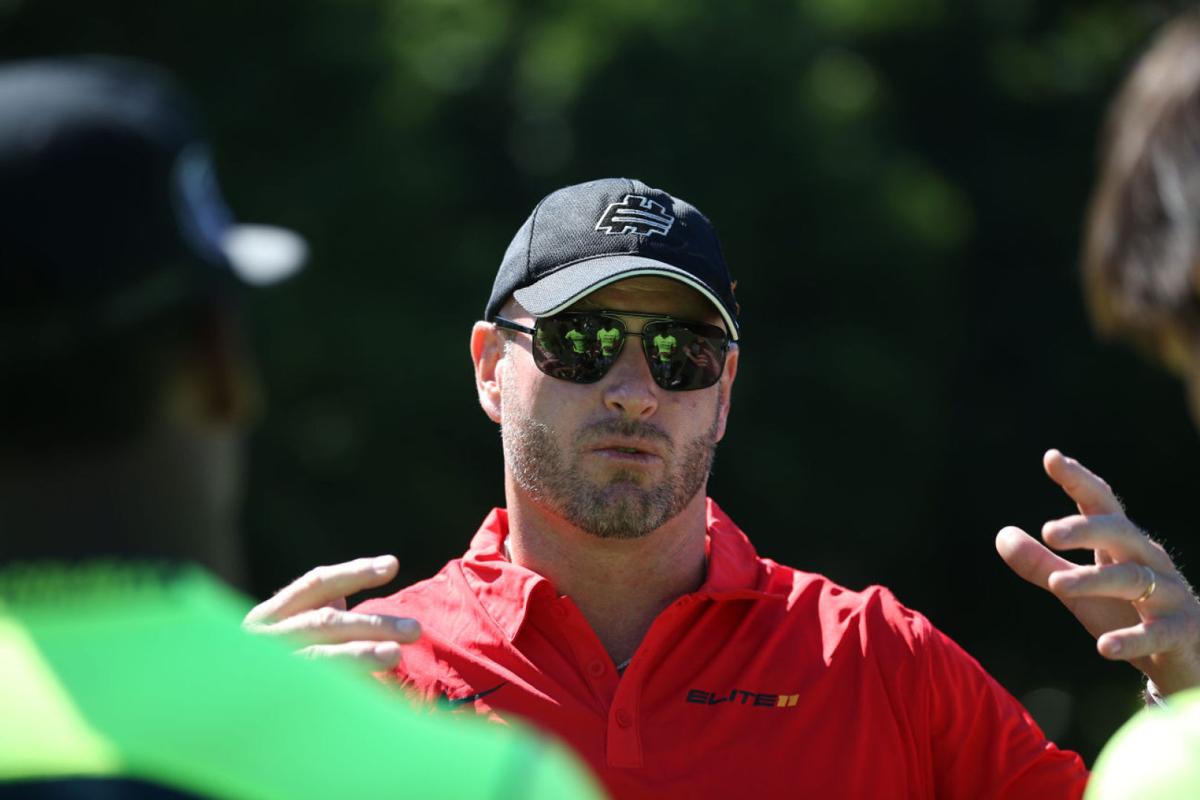 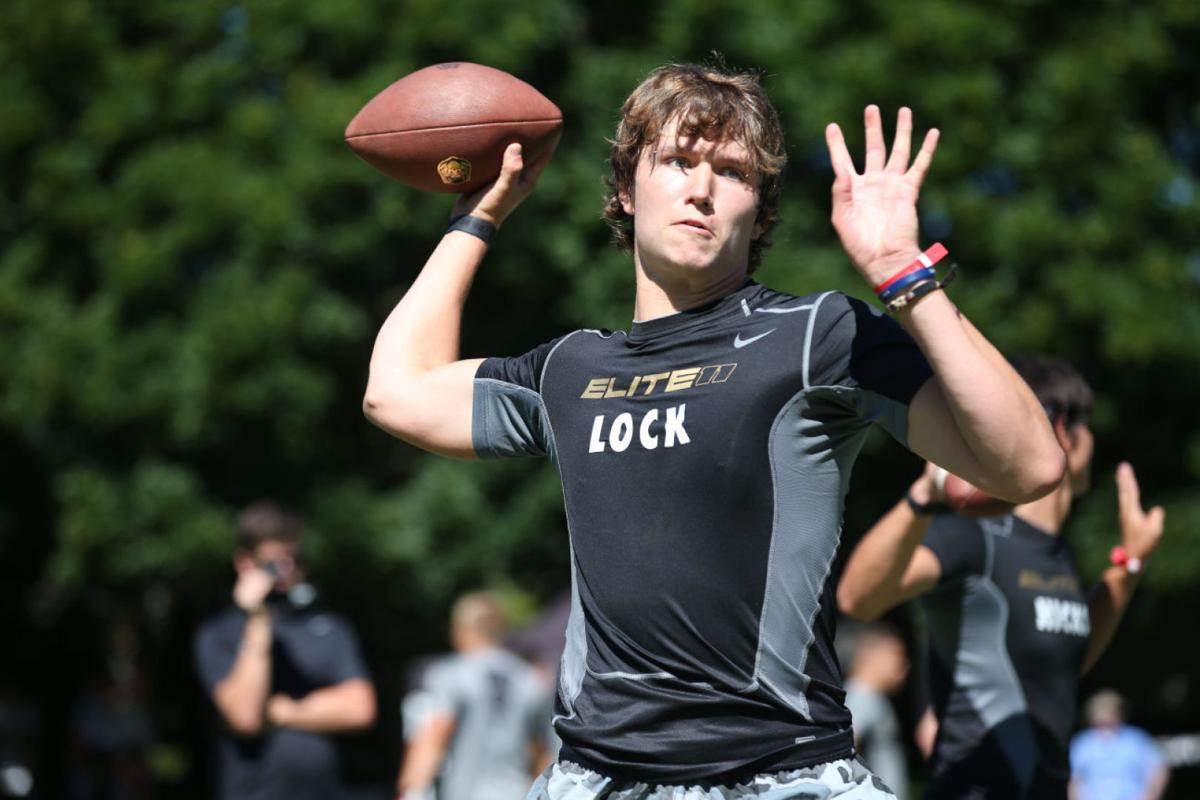 COLUMBIA, Mo. • In today’s Post-Dispatch you read about future Missouri quarterback Drew Lock, who spent a week this summer at the Elite 11 quarterback camp in Beaverton, Ore. Earlier this week, I spoke with Elite 11 head coach Trent Dilfer, the ESPN analyst and former NFL quarterback. Here’s more from that interview, plus more from Lock:

Q: What did you think of Drew during your time with him this summer?

A: He’s one of my 10 favorite kids I’ve ever worked with. He’s just a tremendous young man. He has that presence to him that’s more important than his talent. He’s a leader of men and he’s going to have tremendous influence not just on the football field but in life. … He’s a guy that has a really good chance to develop into a big-time pro prospect if developed properly at Mizzou.

Q: Initially, was he a little under the radar compared to some of the five-star players you had at the camp?

A: Oh, no. I thought he had the chance to win the whole thing. I choose my language very carefully, and I don’t want to say ‘best.’ Because we don't know what ‘best’ is at this age. I felt like he was a top-five talent in the class. There was (UCLA commitment) Josh Rosen, who was by far the most talented kid in the class. Then I felt Drew and a few others were in that next group. When they get some man strength, when he gets in the weight room a little bit and matures, Drew’s got a chance to be as good as anybody.

Q: What did you think of his demeanor and his intangibles as a quarterback?

A: The term I use is he’s got that no-flinch mentality. Nothing bothers him. His hair could be on fire and you wouldn’t know. He’s just super cool in a good way. He’s super cool but doesn’t project himself that he’s cooler than you. That’s a unique gift. He makes others feel like everything’s all right and that he’s got it under control.

Q: In what areas does he need to improve when he gets to college at Missouri?

A: They all have to get stronger. They have to get on a training table and into the weight room. That’s the biggest thing. That’s a huge part of the college football experience. With that strength comes confidence. Every kid we’ve coached it’s the same comment. The systems that are being run right now don’t train progression passing really well. They’re what I call ‘pick and stick offenses,’ meaning you pick a guy and stick with him. Catch and throw offenses. College and high school football, coaches are pretty good, so they can get No. 1 (receiver) open most of the time. What these kids have to learn to do is get deep in their progressions. Drew did a great job with that at Elite 11. He totally understood it and totally bought into it. But he’s got to continue to work on it.

Q: You work a lot on passing mechanics, but from what I saw of Lock this year he used his feet more as a scrambler. How good of an athlete is he for the position?

A: We work on everything with them, not just passing. We’re very holistic with the training, mentally, physically, passing, athletically, you name it. He’s got a chance to be an Aaron Rodgers-type athlete, where he can really extend the play with the pocket and outside the pocket. He’s going to be a guy probably, because in college football so much zone read is used, you can use him for that that. I’m fine with that. That’s a great part of offenses right now. But the best utilization of his athleticism will come extending plays.

Q: I’m not sure how familiar you are with Missouri’s offense, but if you are, how does he fit into what they do?

A: I hope it grows, and don't take this as criticism. I say this about every college offense. These are great coaches. They’re all realizing that college offenses are very limited on third down,  because you’re always trying to get No. 1 open, because it’s quarterback-driven runs, because it’s zone read, because that’s the nature of it. There’s very little true carryover to NFL passing games. I’m fine with that on first and second down. They’ve got to win games. They’ve got to put up yards. Anyway you can do it is great. I just think they need to develop more of a complex third-down passing game where progressions are paramount, where they’re handling protections at the line of scrimmage, changing route concepts at the line of scrimmage, giving more burden to the quarterback on third downs with more decisions pre- and post-snap. That’s what’s killing these kids when they get to the NFL. They’ve never done it. Whether it’s Missouri, Texas Tech, Texas, Oklahoma, you name it, they’re all really cool offenses. And I’m not criticizing them. I just hoped they’d start expanding their third-down packages and allow their quarterback to do the stuff that pro teams do on third down to get their quarterback ready if they have a guy who’s going to be an NFL prospect. If they don’t have an NFL prospect then who cares?

Q: And you believe Lock is already a pro prospect?

A: Drew Lock is an NFL prospect the day he steps on campus. Drew doesn’t need to hear that from me. He doesn’t need that extra pressure. But there’s a handful of guys who when they go to school their freshman year I know for a fact GMs are tracking them. There’s a lot that has to happen, but he’s one of those guys.

(Dilfer and the Elite 11 camp are profiled extensively in Bruce Feldman's fascinating new book "The QB: The Making of Modern Quarterbacks.")

• Lock spent more time outside of the pocket this year out of necessity. Lee’s Summit didn’t have much of a running game, and Lock felt more comfortable on the run. “I definitely feel like I had to make some more plays with my feet,” he said. “Last year I was a little hesitant outside of the pocket, but this year I took a step forward, manned up and took some hits.”

• One area he had to clean up during the Elite 11 camp was the fundamentals of play-action passing. “We don’t do that in my offense, so I had to adapt to that,” he said. “At times I would be striding out a little too far where the ball would float on me, but I worked on it and there were more positives than negatives.”

• Lock has watched Mizzou’s season closely. He’s been to several games in Columbia. He’s watched the passing game struggle. He’s taken an optimistic slant on the season. “That proves that the University of Missouri will find ways to win,” he said. “That’s pretty much all you can ask for. I’d take a season with four touchdowns all year and a national championship over 40 touchdowns and a two-win season.”

• As for Maty Mauk and his struggles this year, Lock said, “Being a quarterback you know exactly what they’re going through. I don’t know what’s going through his mind, but I know he’s  fighting off critics. I do feel for him when he’s going through it. But now that he’s picking things up, I’m happy for him.”

• Rather than graduate early and enroll at Mizzou for the winter semester, Lock preferred to stay at Lee’s Summit and play his senior season of basketball. Before he left Mizzou for the head-coaching job at Tulsa, basketball coach Frank Haith talked to Lock about playing basketball for the Tigers. Lock was seriously considering it.

“It was definitely a thought of mine,” he said. “That’s one reason I’m not going to down there next semester, because I love basketball so much and wanted to play my senior year. The thought of playing two sports at Missouri is pretty intriguing. Whether or not I can do it physically or mentally or be allowed to is a different story.”

“He throws me the line, ‘If you ever want to come over to our side of town and hit some jumpers for us, we would never decline your interest,” Lock said.

Mizzou will be without suspended cornerback Aarion Penton.

Missouri's Nov. 22 game at Tennessee will air on ESPN or SEC Network.

Trent Dilfer says Drew Lock of Lee's Summit is an NFL prospect after coaching him at a camp last summer.

Pinkel on SEC East: 'We're aware what's out there'