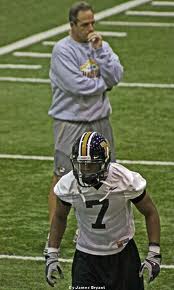 Former DeSmet High star Munir Prince was recruited by Notre Dame but transferred to Mizzou. His college career is over because of an injury. (Photo courtesy of Scout.com) 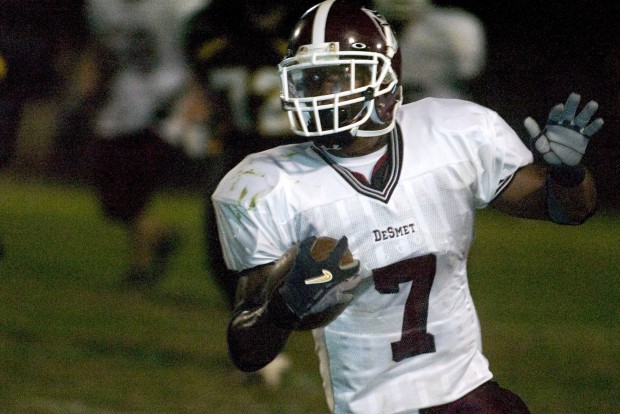 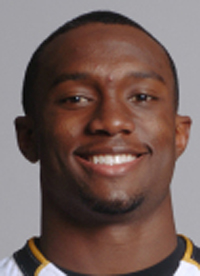 COLUMBIA, Mo. — In preparation for hosting his first Thanksgiving, Munir Prince went to the Walmart on Monday to buy a roasting pan. He was sorely disappointed.

"I'm not too sure about this thing," he said. "It doesn't look too sturdy. We make a big turkey."

Prince has taken on the hosting chores for his parents, Elmer Rhodes and Tracy Rhodes-Prince, and sister, Gabrielle, at his apartment near the University of Missouri to accommodate his schedule. Following the meal, they'll travel to Kansas City, where Prince will stand on the sideline with his Missouri teammates for their last regular-season game, against Kansas on Saturday.

His family has planned a surprise, though, for the good of all concerned.

"He doesn't know it, but we're bringing the food down," Rhodes said. "We don't trust him on this."

The family's good cheer and gratitude is brimming today, about three months after Prince's football career ended with a hit that left him temporarily paralyzed.

"I'm grateful for my family and the support they've shown me," Prince said, "and I'm grateful that Mizzou is part of my family."

Neither father nor son could have imagined four years ago that Prince would end up in Columbia, since Rhodes vehemently fought Prince's wishes to attend Missouri. Rhodes' younger brother, Ricardo, was the 1995 Post-Dispatch player of the year and had committed to Missouri, but waged a lengthy court battle over his eligibility then was used sparingly. Rhodes didn't want the same treatment for his son, a standout running back at DeSmet, who committed to Notre Dame.

But after two years of limited playing time at Notre Dame, Prince wanted to transfer closer to home. His former DeSmet teammates at Mizzou proved a powerful force when the family visited Columbia.

"When we went down there, Munir said, 'I'm not leaving. I don't care if I don't play another down. My friends are here. This is where I want to be,'" Rhodes said, reluctantly agreeing.

After sitting out 2008 and a string of injuries in 2009, this summer Prince could reach out and touch his dream of playing in the Tigers defensive backfield.

"He would have been one of the guys this year, no question," said defensive backs coach Cornell Ford. "He had learned the system and was playing defense the way we wanted him to play. He would have played a lot," except for a routine play in a scrimmage August 26.

"It was a punt return. I was on the edge and had to keep leverage," Prince said. "I remember turning and getting hit."

Marcus Malbrough, 6-5 and 250 pounds, knocked the 5-10, 185-pound Prince to the ground. Prince, Ford and Rhodes noted that the hit was clean. Helmet did not touch helmet, or shoulder or any other body part deemed illegal.

"It was a big hit, and he got whacked pretty good," Ford said. "He didn't get up right away, but at the time, no one thought he was hurt badly."

Panic hit, Prince said, when coaches and trainers asked him if he could get up and "my body wouldn't move. I realized I couldn't feel my arms or legs. That's when I blacked out."

The next thing he remembered hearing "was my dad's voice in the background. That gave me security, knowing that he was there."

As wrapped up as he was in his son, Rhodes also reached out to Malbrough.

"The kid was in the waiting room with the bible, reading verses. His legs were shaking," Rhodes said. "I said, 'Look, the hit was legit. That's the danger of football. Munir knew that. Whether he gets up and walks or not is not your fault. It's God's will. Don't let this stop you from playing.'"

Rhodes' other vivid memory during the wait for news was coach Gary Pinkel pacing, more nervously than the rest, "like Munir was his own son. I realized how much he cared about Munir, as a human being, which is what I feared would be missing at Missouri. I was wrong."

Prince began to regain feeling and movement by the evening, but no one was sure at that point of how much mobility he would recover. He was diagnosed with transient quadriplegia, temporary paralysis.

"I went through a period when I couldn't walk well," Prince said. "That first week was tough. I was moving so slow, and I couldn't move my neck side to side. It was kind of scary."

But over a month he recovered rapidly enough to return to conditioning workouts, which buoyed his hopes temporarily. Doctors, though, recommended an end to football.

Rhodes said, "I didn't want to entertain the possibility of playing. It was an easy decision."

Prince said: "It was one of the toughest decisions I'd ever have to make. I had been playing since I was 7. Football was a part of me. I was back to running full speed, so I didn't really understand why I couldn't play. At first, there was a moment where I was lost in space."

His Missouri teammates and coaches, though, insisted that he remain a team member. He attends all team meetings, is one of Pinkel's senior advisors and travels to most games.

"Our players have great respect for him," Pinkel said. "He's such a good student. He's a great person. He's a good leader, great work ethic, everything you want in a Missouri Tiger football player. Certainly what he went through and that he's OK is a relief to everybody. I think maybe they drew a little closer to him."

Pinkel's insistence on including Prince was the final proof for Rhodes that his son had been right and he had been wrong about the school, which Rhodes is proud to admit.

"Pinkel did a great thing for him by backing us up when we wanted him to quit and keeping him involved. Munir was disappointed about not playing, but they made him a GA (graduate assistant)," Rhodes said. "They were determined to make him a success off the field, which is what it's really all about."

Without fail, Prince refers to his fellow Tigers not as teammates but as brothers. Yet, he can't join his extended family beyond the white lines, which still stings a lot.

"What I miss most is going through the daily grind with the team," he said, "and that feeling at the very beginning of a game, waiting for the kickoff, with butterflies in my stomach, and just being so in the moment."

The only residual affect that Prince reports is stiffness in his neck when he stands in the cold too long, which might happen Saturday. But other than football, no sport is off-limits. He plays basketball at the gym on the weekends, lifts weights five times a week and has trained in the hope of joining the track team next month for the indoor season.

Even before his accident, Prince had planned for life after football. He earned his degree in business management in May, is working on his MBA and has spent five months studying for the LSAT, the law school entrance exam.

"Even before all this happened, you knew Munir would be a success. He was a leader on and off the field," Ford said. "I tell him all the time, 'In a few years, I'm going to be coming to you, looking for a job.'"

Tigers' converted wide receiver leads the nation in receptions by a tight end.

There are obvious coach of the year candidates, like Oregon's Chip Kelly; Auburn's Gene Chizik, whose team is unbeaten; TCU's Gary Patterson; …

Ohio State's president says TCU and Boise State don't deserve to be in the BCS title game even if they run the table.

Former coach Mike Leach sued ESPN Inc. and a public relations firm on Wednesday, accusing them of libel and slander after he was fired by Texa…

Former DeSmet High star Munir Prince was recruited by Notre Dame but transferred to Mizzou. His college career is over because of an injury. (Photo courtesy of Scout.com)