The year is only three weeks old and there is more shuffling in the works in the local sports-talk radio business.

The year began with “The Morning After” moving from KFNS (590 AM) to 105.7 HD-2, a high definition channel of alternative rock music station KPNT. In a corresponding move, show owner and co-host Tim McKernan also initiated a show on sister station and athletics-intensive WXOS (101.1 FM).

That led to a new morning show being formed at KFNS, which features Charlie Marlow and Cam Janssen moving there from middays and Jim Hayes’ return to the station. To fill the gap in the afternoon, the station just added a familiar voice in the region to team with a newcomer — at least in terms of having a prominent St. Louis role — to replace them.

Longtime St. Louis sportscaster Bob Ramsey, who is in his 35th season as the radio play-by-play voice of St. Louis University men’s basketball, is back for at least the third time. It is his latest stop in many forays into the local TV and radio sportscasting business, and he was one of the hosts when KGLD (later KASP) in 1992 became St. Louis’ first sport-talk station— at 1380 AM.

Ramsey is joined in the noon-2 p.m. slot by Nate Lucas, who has worked in a variety of on- and off-air broadcasting positions in the market. His career blossomed in Springfield, Mo., before it crashed in 2020 for making a crude comment on the air. But Lucas, who sounds smooth on the air, gets another chance now.

Also, longtime St. Louis sports-talk radio host Charlie “Tuna” Edwards is moving up in the world — at least as far as time slots are concerned. His Monday-Thursday show on KFNS will run from 6-8 p.m. beginning next week, an hour earlier than it has been on. Reggie Blackwell, who has manned the 6-7 p.m. slot, might switch to 8-9 p.m. or move to a weekly show, station general manager Dave Zobrist said.

In a behind-the-scenes move, Matt Rocchio is leaving as producer of Frank Cusumano’s KFNS show to take a similar position at WXOS for the morning drive-time program co-hosted by Randy Karraker and Michelle Smallmon. Rochoio has been a fine jack-of-all trades at 590, handling many positions on and off the air.

BLUES NEWS: Bally Sports Midwest scored with its telecast Monday night of the Blues’ ceremonies as they retired former defenseman Chris Pronger’s number and its game coverage that followed.

The Pronger-fest averaged about 71,000 viewers and drew 92,000 at its peak, according to figures compiled by Nielsen. The ensuing game, in which the Blues beat Nashville 5-3, drew an average of 120,000 people. That ranks No. 4 on the team’s TV viewership list this season.

Both were the second most-watched programs in St. Louis at the time they were airing. “Wheel of Fortune,” on KSDK (Channel 5), outdrew Pronger. The Rams-Cardinals playoff contest pitting St. Louis’ former NFL teams, which was on multiple channels, beat the Blues’ game telecast.

Mizzou athletics builds back revenue base under Desireé Reed-Francois' watch

For the first time in six years, MU athletics operated at a budget surplus and hauled in record revenues of more than $141 million.

Behind more prolific 3-point shooting, the Missouri men's basketball team took down No. 12-ranked Iowa State in the 2023 SEC/Big 12 Challenge.

The Tigers connect on 16 3-pointers, their most ever in an SEC game, in Tuesday's 89-77 victory at Ole Miss.

Cole Certa got a scholarship offer from Illinois basketball, likes his fit in Big Ten

Bloomington Central Catholic guard Cole Certa is a top rated high school player in Illinois, and he received an offer from the Illini this month.

What to know to watch the Illinois Fighting Illini vs. Wisconsin Badgers basketball game via TV and online live stream on Saturday, Jan. 28, 2023.

Find out the ESPN "College GameDay" picks for the Missouri vs. Iowa State men's basketball game in the 2023 SEC/Big 12 Challenge on Saturday.

In women's gymnastics head coach Shannon Welker's 10th season at Mizzou, the No. 14 Tigers team expects to earn scores among the SEC's best.

Illinois Fighting Illini guard Jayden Epps got a basket by inbounding the ball off the back of an Ohio State player on Tuesday, Jan. 24, 2023. 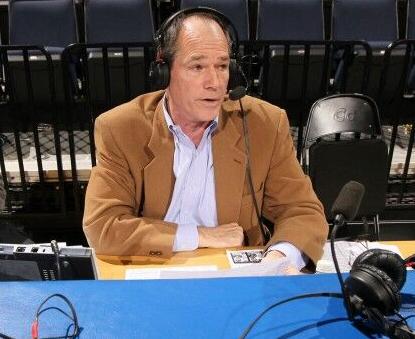 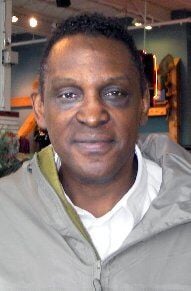