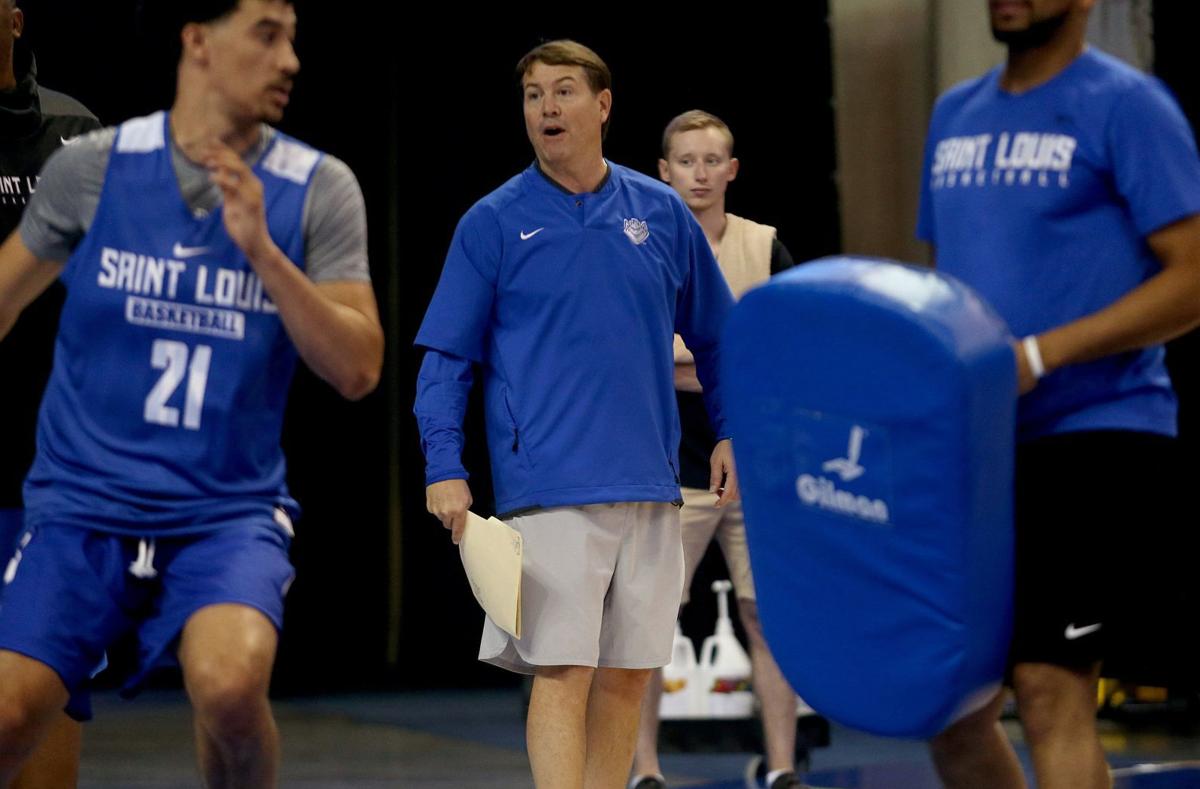 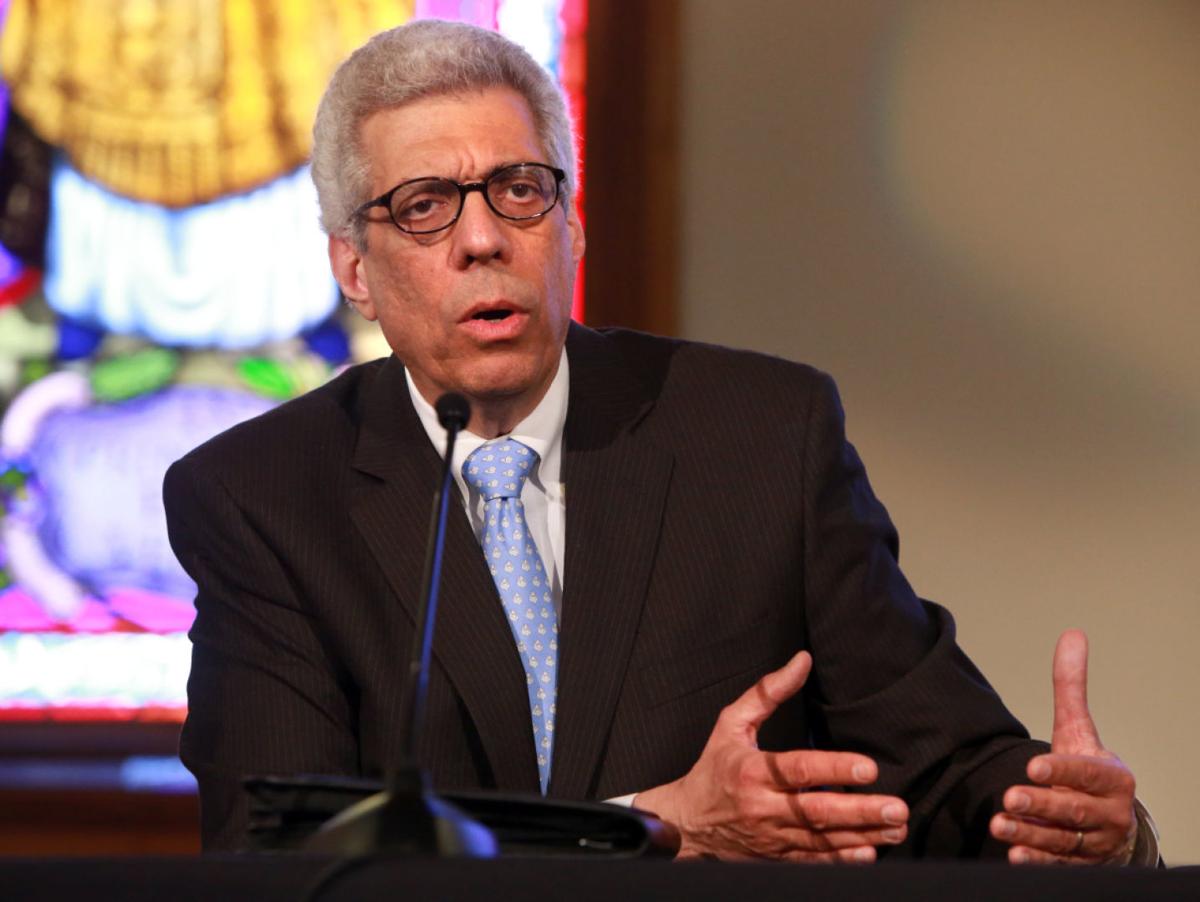 Although busier than usual, St. Louis University president Fred Pestello recently took the time to make a touching video to encourage staff, faculty and students during their time away from the campus.

To lighten the mood, a humorous batch of outtakes was produced and released. GIFs from those outtakes began circulating on Twitter.

Meanwhile, behind the scenes, Pestello has been discussing and contemplating some heavy topics, including university budget cuts that could impact the athletics department and the timing of the return to in-person classes as well as sporting events.

Pestello sent an email to the university community last week, outlining what budget cuts might look like and what areas are being discussed. In an interview, he said athletics budget cuts were “possible but not definite.”

Meanwhile, the timing of students returning to campus and the start of the fall semester and fall sports remains uncertain.

“What happens with the virus will dictate what happens with the university and athletics,” Pestello said. “I’m very much hoping and doing what we can to plan to be face-to-face in the fall (semester) and operating as close to what we were doing in January as we can be. But some factors are outside of my control.”

Coaches are waiting to find out when they can return to their offices and when athletes can arrive on campus to resume workouts. The city’s stay-home order has been extended indefinitely.

Those coaches also are waiting to find out if they will face financial restraints.

In Pestello’s email, he noted it would be the first in a series of communications because of “ubiquitous and unprecedented budget challenges.” He pointed out that the three areas for significant savings were salaries, positions and benefits.

He said other reductions will include renovations, travel budgets and new construction, any of which could impact athletics. Pestello also noted in his email that salary reductions should have the largest impact on employees with the largest salaries.

Men’s basketball coach Travis Ford in all likelihood is the highest-paid SLU employee.

Pestello wrote in his email that the board of trustees will meet at the end of the week to finalize a budget for the fiscal year that starts July 1.

SLU’s athletics budget is $25 million, of which $4.9 million is spent on salaries for coaches, according to the U.S. Department of Education database. The men’s basketball team is the major spender and revenue generator, at $7.4 million.

Coaches are communicating with their teams via video conferencing until they can return to campus. Whether they will do so in time for sports schedules to begin in August remains to be seen.

“It’s not my decision alone,” Pestello said. “We saw what happened this spring when the NCAA said ‘that’s it, we’re done.’ Any school can say we’re playing soccer this fall. Well, not if the NCAA doesn’t allow it and if others in your league aren’t doing it.

“So, we all have to come together and say, ‘Is it a go or is it a no-go?’ Will there be restrictions and limitations such as playing games without fans? We have to get closer to the date to be certain.”

Pestello said conference calls involving the Atlantic 10 Conference presidents and league administrators are being held more frequently than usual as answers are sought.

He said he also gets daily briefings from hospitals to update the number of coronavirus cases and patients in intensive care to keep tabs on the virus’s local status. He recently made some on-campus apartments used by athletes available to healthcare workers who need a place to live away from family members.

SLU withdraws from Nebraska tourney, will play LSU at Chaifetz

'It’s about being totally comfortable with all the COVID processes, so we think it’s better to stay home next week,' says athletics director Chris May.

St. Louis University basketball games at Chaifetz Arena will be played without fans to start the season, the athletics department announced Su…

The Althoff Catholic product is soaring up the SLU career charts and will finish among the program's top 10 in steals, rebounds and assists.

SLU, LSU agree to move game to Chaifetz from Nebraska

St. Louis University basketball games will be broadcast on KMOX starting this season after the athletic department reached a multi-year agreem…

SLU has not released schedule but opponents becoming more clear

It appears opener is Thanksgiving day at Nebraska.

Billikens were worst in the nation in percentage of their attempts made last season.

St. Louis University was picked to finish second in the Atlantic 10 this season, finishing behind Richmond in a preseason poll that was releas…