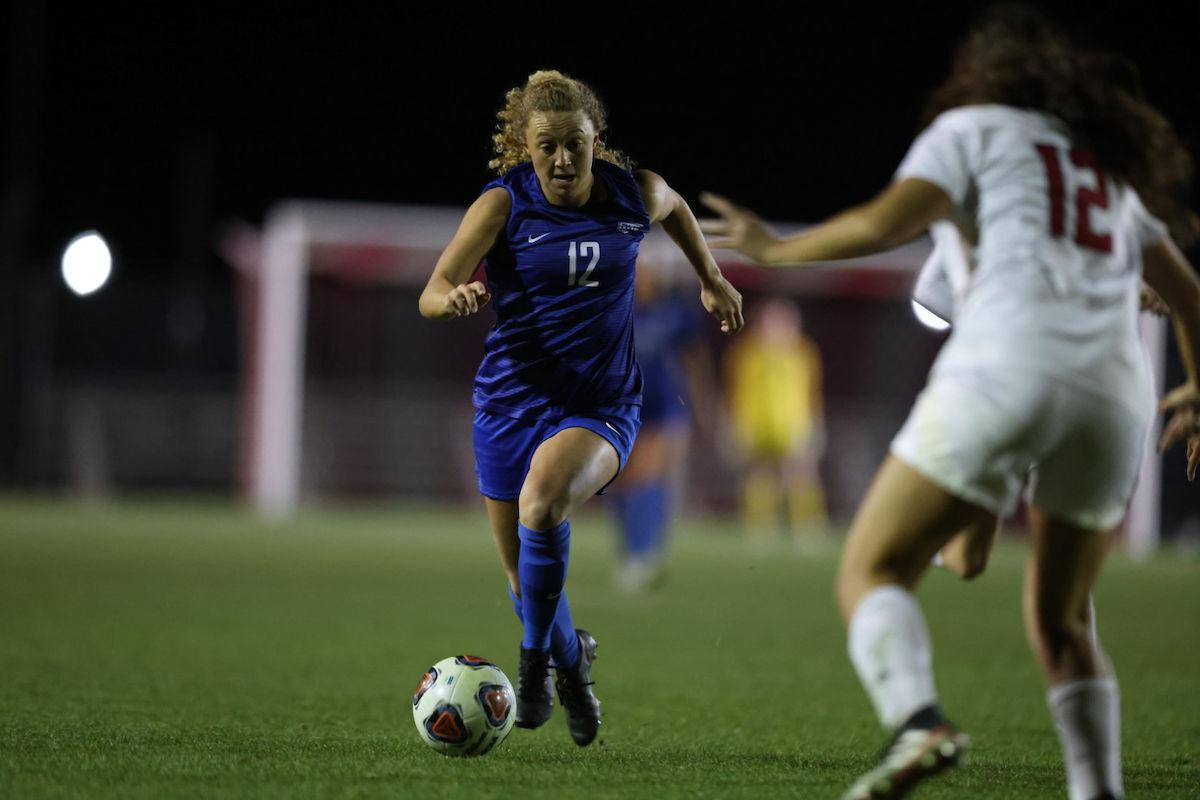 Rutgers scored goals early in each half and St. Louis University struggled to generate any offense Friday night as the Scarlet Knights beat the Billikens 4-0 in the second round of the women’s soccer NCAA Tournament at Rutgers.

The No. 5 Scarlet Knights kept SLU goalkeeper Emily Puricelli busy, and she came up with a career-high 14 saves to tie the program record and keep the Billikens in the game until late.

A goal in the fourth minute by Amirah Ali was all that was needed by Rutgers (19-3-0), which added a tally in the 49th minute and then poured it on later in the game.

Rutgers had 17 shots on goal and the Billikens (13-9-1) managed only three, all coming in the second half.

It was the second consecutive season that SLU reached the second round. Last year the Billikens lost to Washington after receiving a first-round bye.

Rutgers controlled the attack early and generated numerous scoring opportunities in addition to the first goal. Samantha Kroeger hit the left post with a shot minutes after the goal, and Rutgers put several shots on goal, forcing Puricelli to make eight saves before halftime.

SLU won nine of its final 11 games after a slow start to reach its fourth consecutive NCAA Tournament. The Billikens recorded their first NCAA win under coach Katie Shields last week at Mississippi.

They are expected to return all but one player next season and regain the services of two who missed the season with injuries.

“It’s going to be tough on us in some ways,” coach Katie Shields said. “But it’s a nice problem to have.”

A mid-major team has reached the College Cup every year except one since 2010.

Billikens host Blazers in game that was moved up to 5:30 p.m. this week.

Boise State coach Leon Rice referred to it as the elephant in the room. It’s an unwanted guest that Travis Ford became more familiar with in r…

Niece, Murana and Vaughn also in group that has helped Billikens as they now play at Duke in third round of NCAA Tournament.