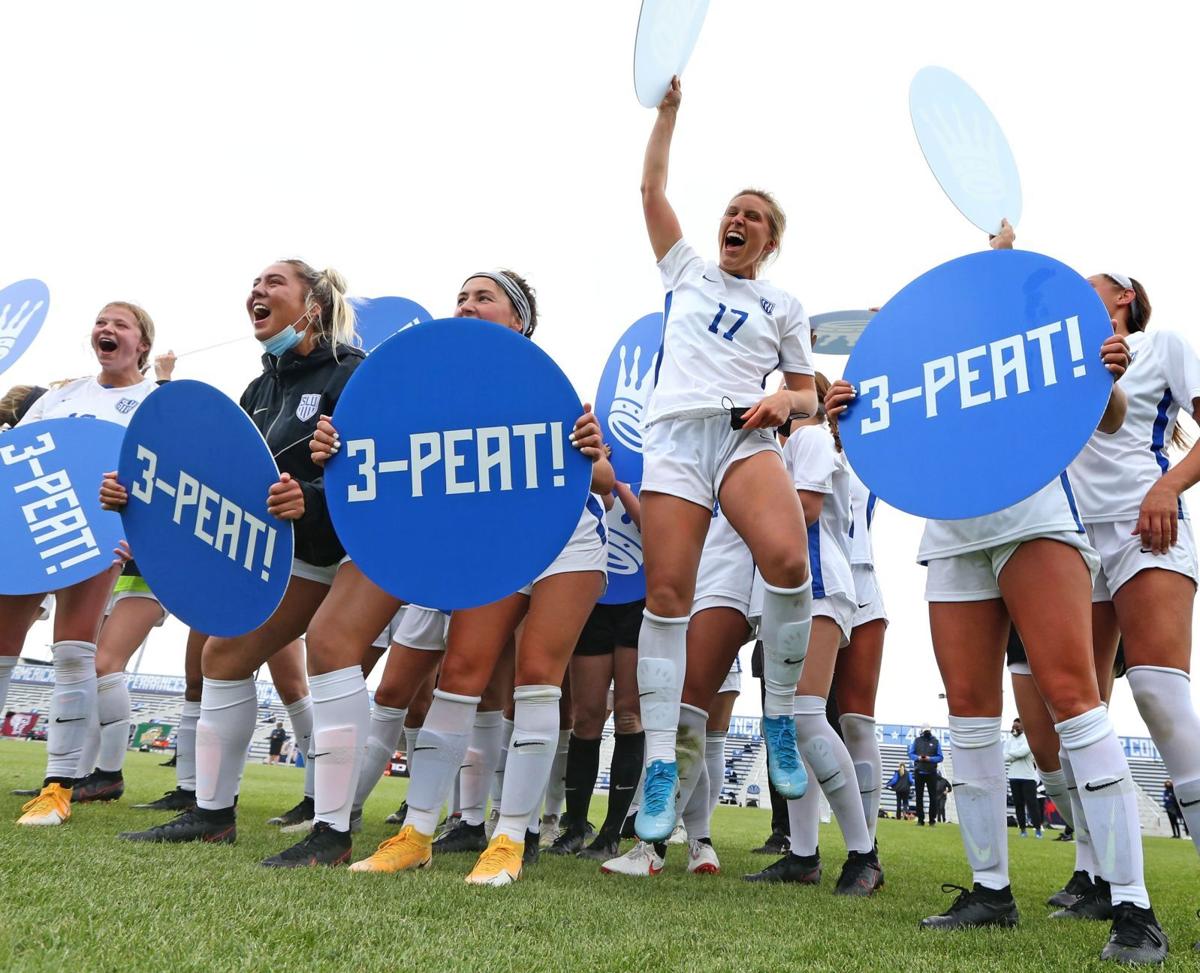 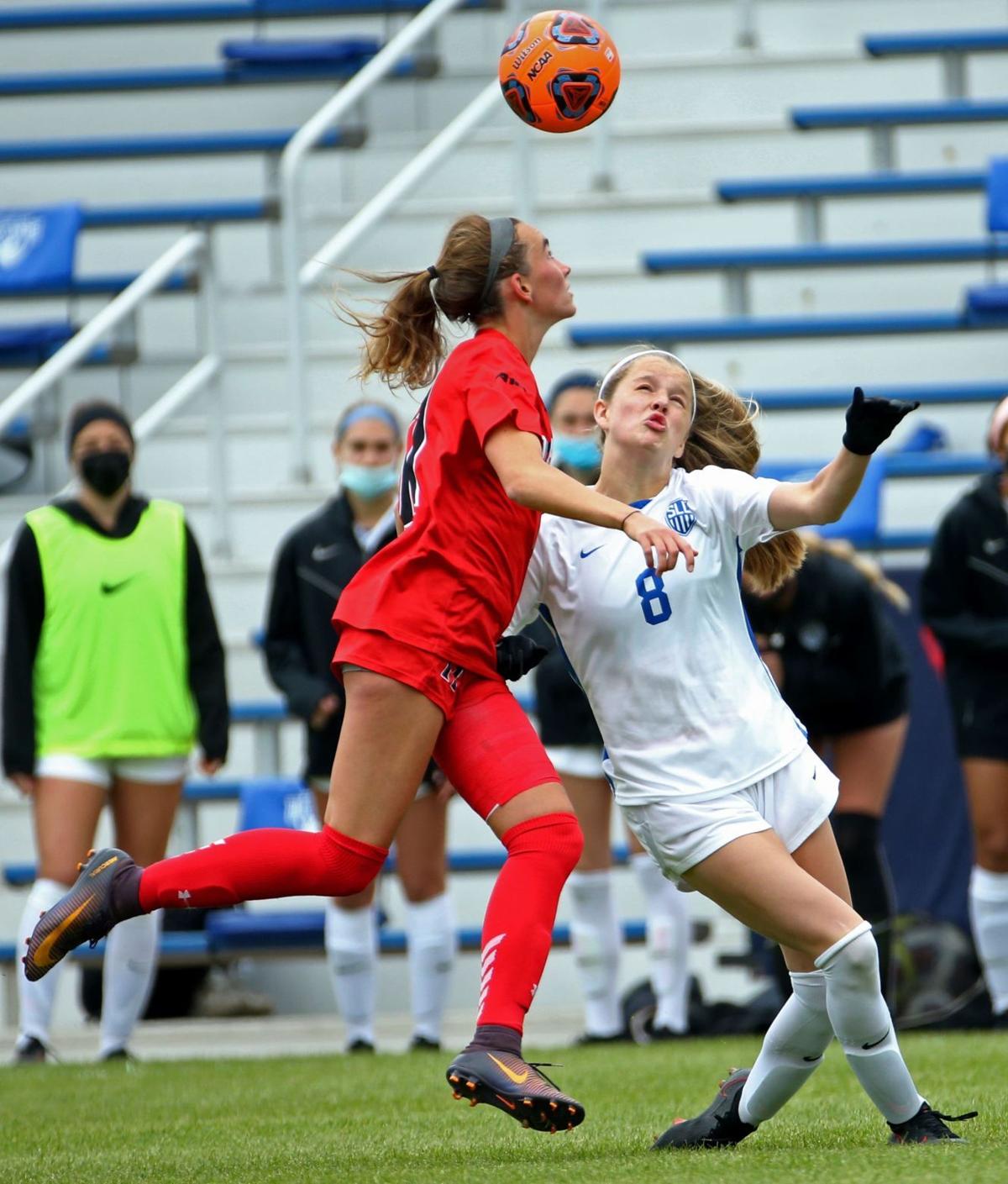 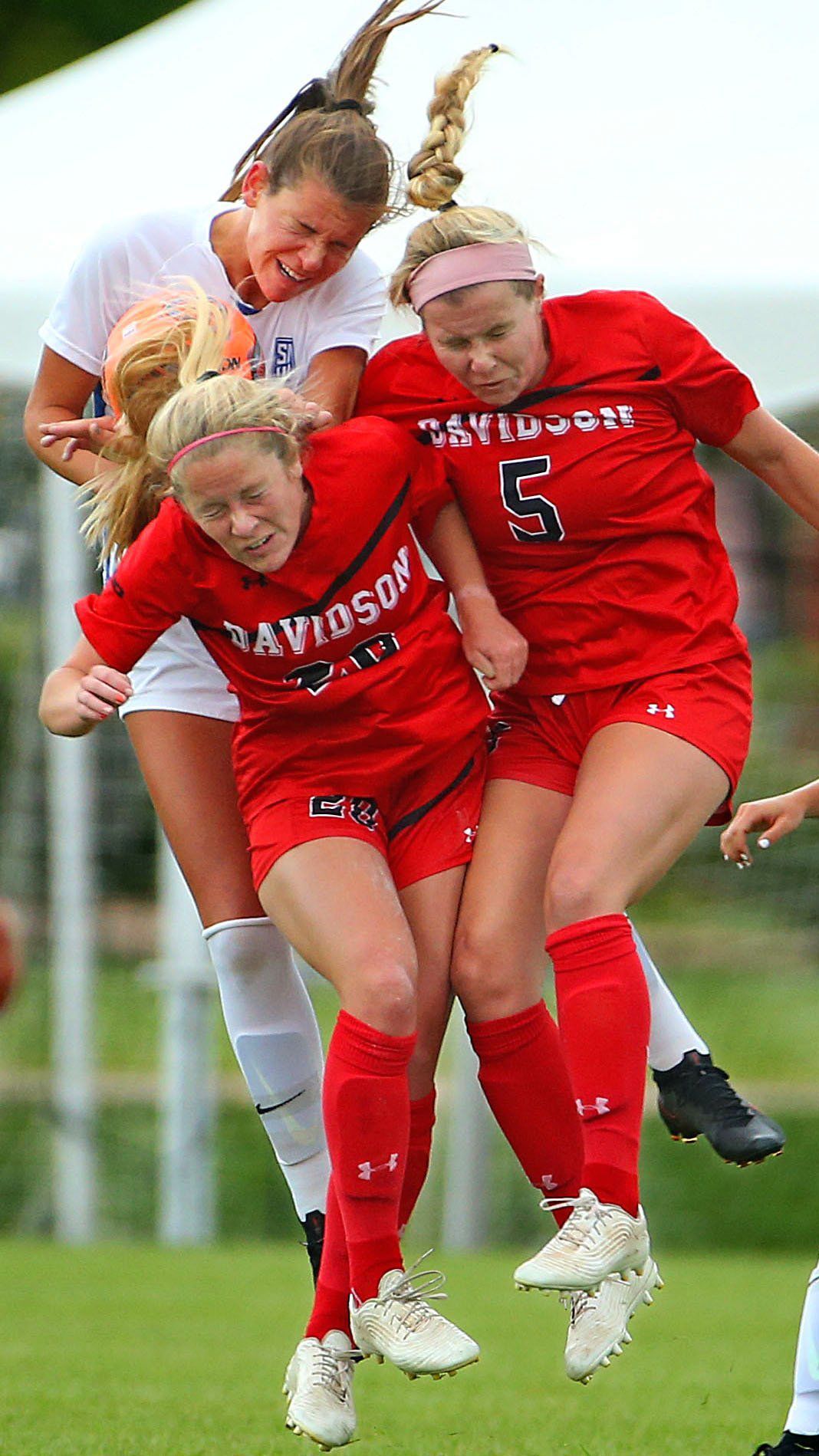 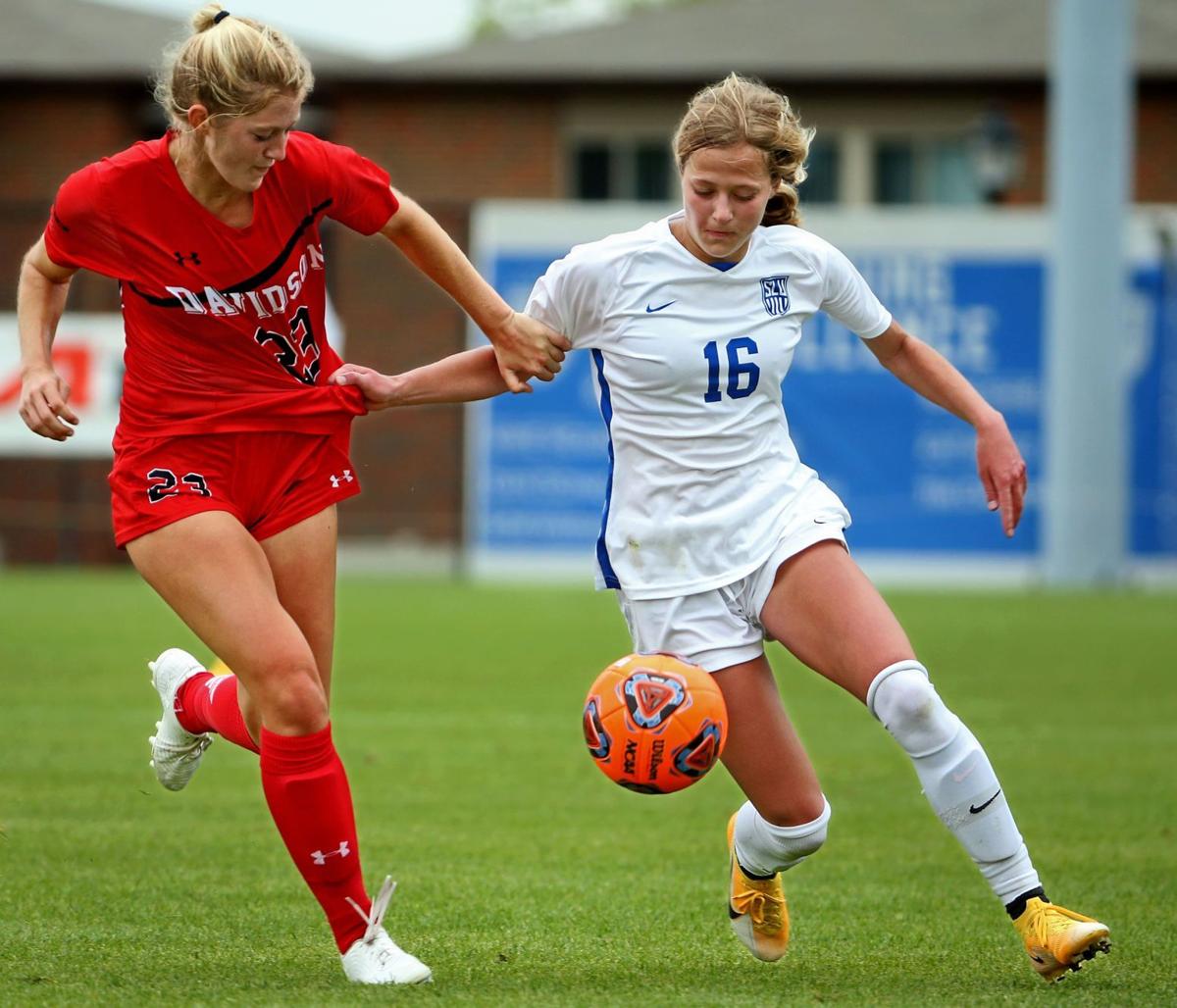 In the second it took for the ball to travel between Hannah Friedrich’s left foot and its intended destination, the St. Louis University junior processed what she was watching and had one thought.

“That’s my thing,” she said of the tendency this season to hit metal. “I wanted far post and it went a little higher than I planned, but I’ll take it.”

Friedrich’s shot slithered under the bar with 1 ½ minutes remaining Saturday and gave the Billikens a 2-1 win over Davidson for their third consecutive Atlantic 10 championship and NCAA Tournament berth.

SLU (15-1), which is ranked 20th in the country, needed two second-half goals at Hermann Stadium to overcome a mistake in the first half to post its 10th consecutive win.

Abbie Miller scored on a penalty kick early in the second half to tie the game, and the Billikens held Davidson to one shot on goal — the only shot on goal against SLU in the semifinals and final.

Davidson was a surprise to reach the championship game after being picked to finish 11th in the A-10. But after watching the Wildcats win their semifinal meeting with Massachusetts 1-0, SLU coach Katie Shields knew her team would have a challenge.

“I’m not going to lie, I was nervous because of the high quality of their organization and the run they put together,” she said. “I knew they’d be incredibly challenging to score on. I thought we’d have the ball like we did, but knew it would be hard to break them down and it would take some special moments.”

SLU became the first team in A-10 women’s soccer to win three consecutive regular-season and tournament titles. The Billikens will find out who they play in the NCAA Tournament when the field is announced Monday.

SLU was in the uncommon situation of playing from behind after an errant pass by freshman Sophia Stram, an A-10 first-team defender, led to a goal by Dayton’s Hailey Braemer.

“In our third game against Dayton, I had a mistake in the back that led to a goal,” senior defender Brionna Halverson said. “So, I pretty much looked at (Stram) and said, ‘It’s how we respond.’ It weighs on you, but the greatest thing was how we responded.”

SLU had some good scoring chances in the first half. The Billikens nearly had a penalty kick before halftime but a takedown by Davidson was called slightly outside the box and the resulting shot went directly to the goalkeeper.

The Billikens were celebrating what they thought was a goal in the closing minutes of the first half when Miller appeared to score on a header off a corner kick. It was nullified by an offside call.

They ended up with a penalty kick 12 minutes into the second half on a trip just inside the box, and Miller converted for her second goal of the tournament and eighth of the season.

“A lot of teams would have got frantic and desperate, launching hopeful (shots),” Shields said. “Having a goal called back is a moment that can get you frustrated. They were calmer than I was internally, and that speaks to the leadership of the older ones and their championship experience.”

Friedrich’s goal came after she gained possession near the top of the box, went left and found a clear lane for a shot. It was her 13{sup}th{/sup} game-winning goal in three seasons at SLU, the most by any player in program history. She also moved into third on the all-time list with 80 points and fourth with 26 goals.

SLU never panicked in the second half, she said, because the Billikens were playing their type of game and getting opportunities.

“The first half was more the frustration,” she said. “I think we were frantic, and they’re a good team. We didn’t have our best game and they sat in on us. In the second half we had a lot more quality chances and were more calm.”

The value of earning home-field advantage could not be overstated. SLU is 45-2-5 in its last 52 games at Hermann, outscoring opponents 117-20 in that span.

In a normal season, SLU would have a strong chance of getting a home game for the NCAA Tournament. However, the entire 48-team tournament will be held in Cary, N.C., starting April 27.

Forte takes over for his friend: 'Bigger than basketball'

Forte wants to replicate Stuen's enthusiasm and make sure his friend is not forgotten while forging his own career.

Thatch secured a degree in marketing in three years, the only player coach Travis Ford said he can remember accomplishing that feat in his 25 years of coaching.