BenFred: This is the season for the Cardinals to remind baseball they can't be overlooked
0 comments
Share this
{{featured_button_text}}
1 of 2 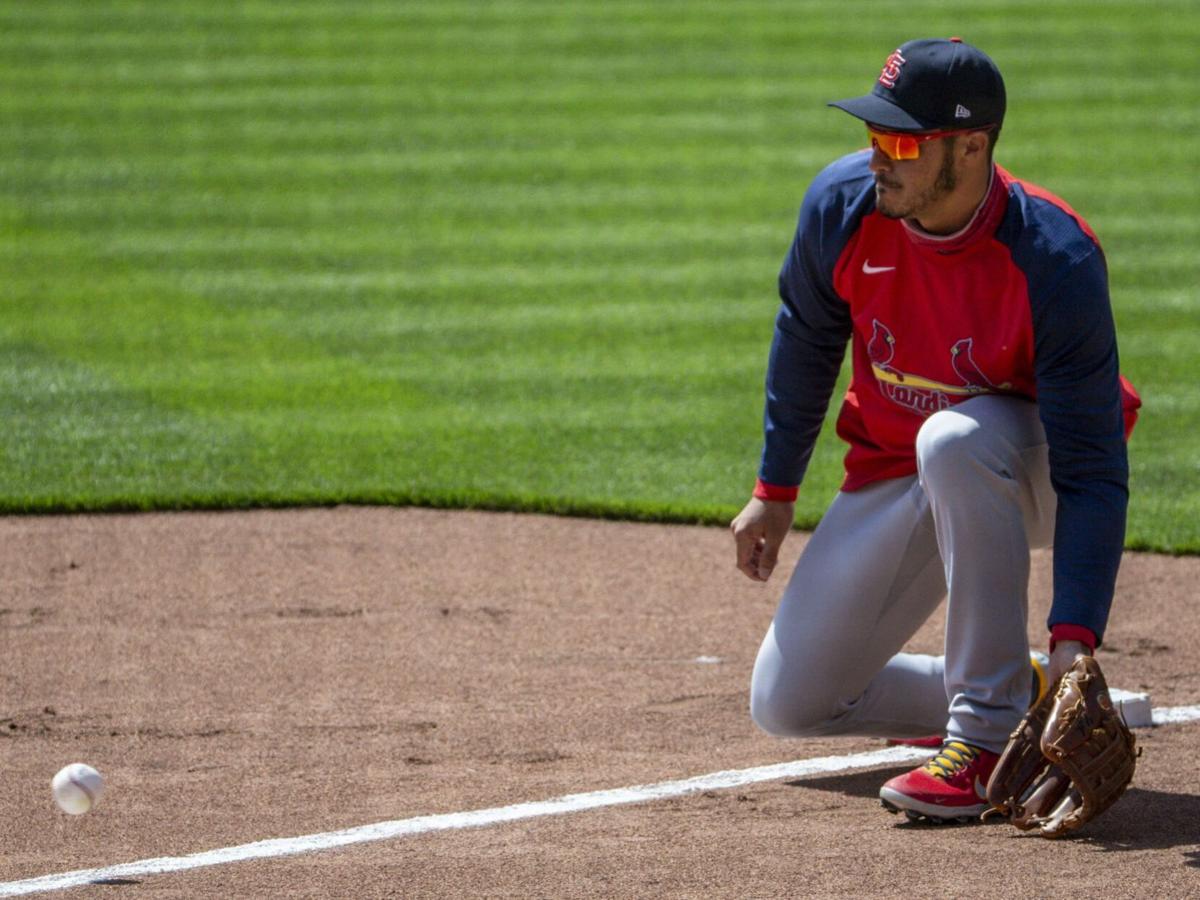 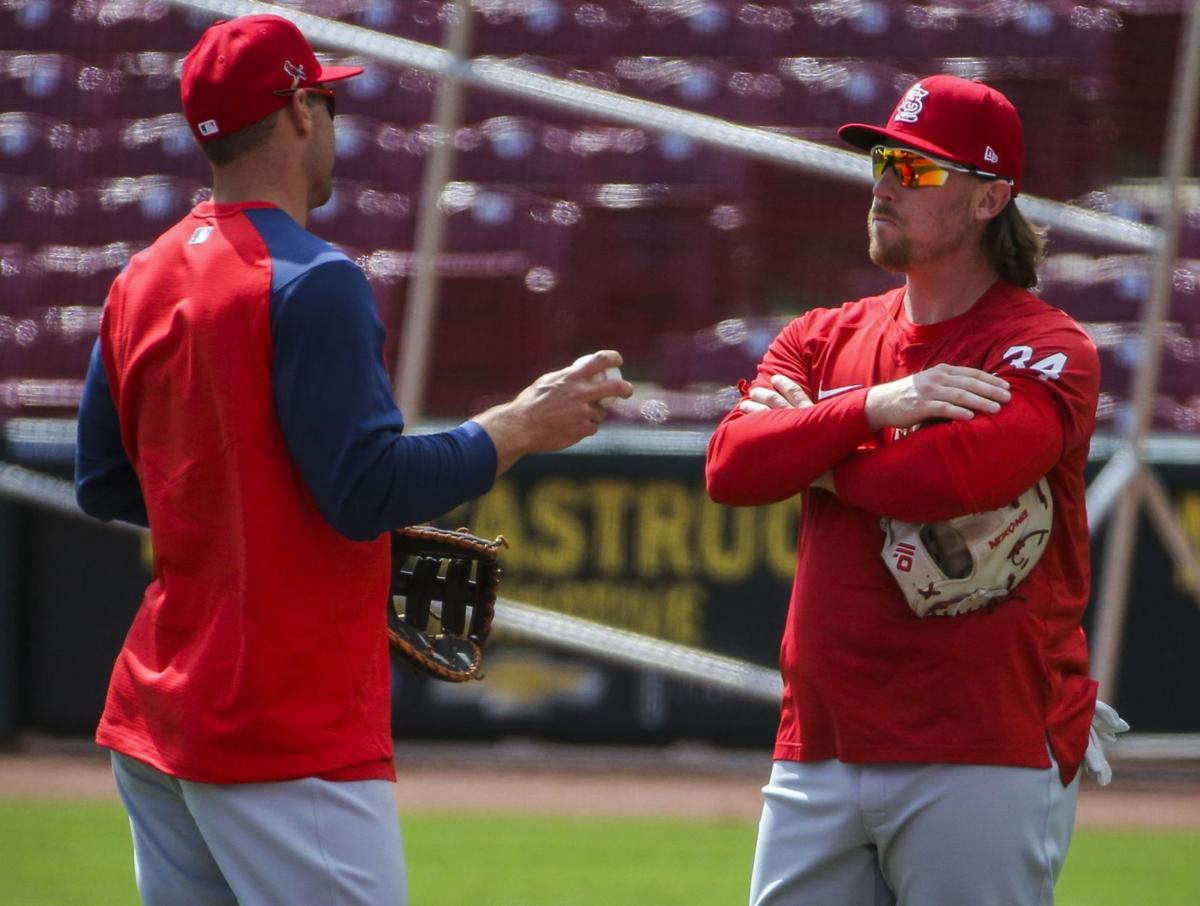 CINCINNATI — If the Cardinals needed a little extra motivation entering Thursday’s season opener against the Reds, it arrived free of charge Wednesday, pumped out through Major League Baseball’s many social media accounts at about the same time Mike Shildt’s team started its final preseason workout.

“I don’t care for MLB’s videos, and never have,” Cardinals opening-day starter Jack Flaherty said when asked about the lack of Cardinals in the minute-long hype video produced by the league.

In a sports world fueled by slights and oversights, it’s rare that a real one actually arrives. This one won’t be played on a loop in the Cardinals clubhouse or anything like that. That said, it says something.

The video’s goal is to get blood pumping for baseball season. Mission accomplished. It features thrilling highlights from some of the game’s best and brightest stars.

“This is the moment,” Fernando Tatis Jr. informs the camera, “to make everyone remember why they love the game.”

For the Cardinals, this is the season to prove it’s a mistake to leave them off that best-and-brightest list.

They are nowhere to be found in the video. Not unless you count being the team on the wrong sides of home runs hit by Tatis Jr. and Francisco Lindor. Ouch.

There is fresh footage of Lindor in his new Mets gear, but no shot of newly acquired Nolan Arenado in red.

Love goes out to the defending champion Dodgers, the talent-loaded Padres, the 2019 champion Nationals, the recharged White Sox and more. No Cardinals. Not a single one. No Adam Wainwright or Yadier Molina. No Goldschmidt or Arenado. No Flaherty.

This is the season to prove it.

The Dodgers are now the NL powerhouse. Their chief challenger is the flashy Padres. The Yankees hit home runs to Mars. The Nationals have young Soto and a still-shining ring. The White Sox are dark-horse daring galloping full speed out of a recent rebuild.

The Cardinals? You can never count them out. Yet MLB’s video left them out.

Thirteen consecutive winning seasons. A regular-season winning percentage (.556) during the current championship chase (2012 to present) that ranks fourth-best in MLB and third-best in the NL during that time. Six postseason appearances in that nine-season span, including one World Series loss and two NLCS defeats.

A proud, historic team that is always in the mix is at risk of getting lost in the mix. This is what happens, among other things, when the NL leader in championships (11) is entering its 10th season without the latest one. For so many reasons, this is the season for the Cardinals to regain what has been scuffed and chipped away.

The mostly-vaccinated Cardinals should, fingers crossed, be protected against the pandemic-caused curveballs that distorted and delayed their 2020 season. This won’t be a normal 162-game season. Let’s not kid ourselves. But it’s going to be a whole lot more normal than 2020. And remember, there’s absolutely nothing guaranteed beyond 2021. Who knows what will happen with the 2022 season when owners and players clash over the expiring collective bargaining agreement. Even more reason to make the most out of the present.

Arenado turns 30 this month. Goldschmidt will be 34 by the start of the playoffs. There’s no guaranteeing the new cornerstones will age as gracefully as Wainwright and Molina. It’s likely the best season the two will share together, in terms of their combined impact, could be this one.

The Cardinals could be down to their last shot with Molina and Wainwright. The baseball brothers came back together because they saw the chance to do something special with Arenado. If you saw Wainwright and Molina play this spring, you can tell they’re on a mission. Follow their lead.

The Cardinals have a stellar defense, a loaded bullpen and . . . well, we will see about this offense and rotation. The lineup needs to prove it can improve beyond adding Arenado. Hitting coach Jeff Albert is under the microscope. The rotation needs to give the team a chance to win until Kwang Hyun Kim and Miles Mikolas get healthy. After that, it needs to do better than just get by. Both groups could surprise us. Both could need to be improved before the trade deadline. That’s what teams truly chasing championships tend to do.

“The interesting part will be, where are we a month from now?” Cardinals president of baseball operations John Mozeliak said. “Ultimately, if we can get those guys back and contributing and pitching at the level of expectations, I think it could be an exciting year for us.”

It could and should be much more than that.

Showtime: After blockbuster trade for Arenado, Cardinals & Flaherty primed to unveil team to an audience