Subscribe
Read Today's E-Edition
Share This
BenFred: After 3 strikes in transfer QB search, Drinkwitz may be best off maximizing roster he has
0 Comments
Share this
1 of 2 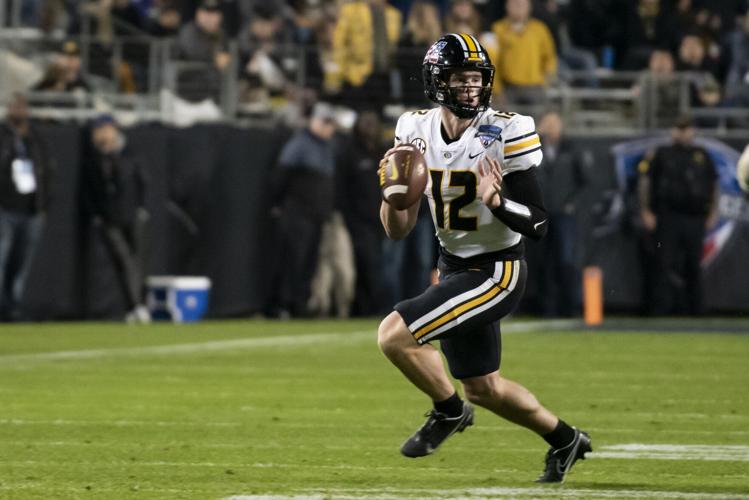 Instead of continuing to chase quarterbacks planning to transfer, Missouri might be better off trying to concentrate on developing QBs Brady Cook, above, and Tyler Macon. They already are on the roster 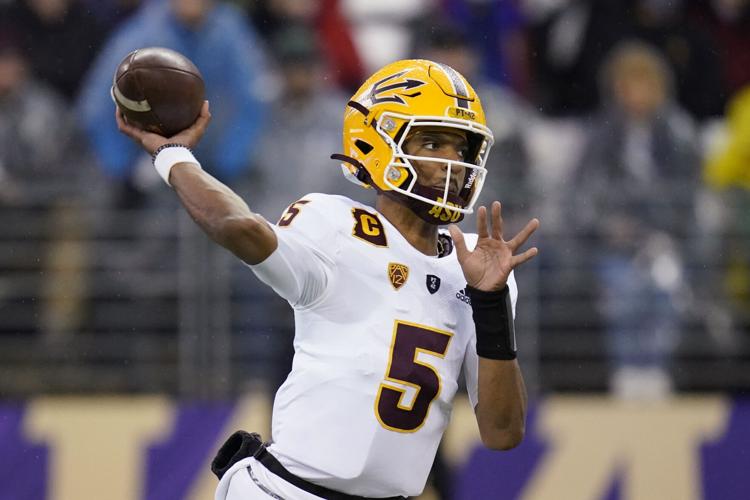 Strike one was Jayden Daniels.

The Arizona State transfer quarterback visited Mizzou but instead picked the Tigers of Baton Rouge.

Strike three was Gerry Bohanon. The Baylor transfer quarterback took in a Mizzou tour with Tigers coach Eli Drinkwitz before committing to play in the sun at South Florida.

This isn’t baseball, though that sport could play a role in the muddied Mizzou QB situation, so Drinkwitz can keep swinging away if he thinks that’s what’s best.

But perhaps the third-year MU coach should consider standing down at this point and turning his focus toward getting the most out of what he has.

Say what you want about the potential of current QB options Brady Cook (Chaminade) and Tyler Macon (East St. Louis), but at least the St. Louis area products check the important box of wanting to play quarterback at Mizzou.

Well, Mizzou hopes he is coming.

The four-star prospect and two-sport athlete out of Georgia who is expected to have a chance to compete for starter’s reps during preseason camp is on the radar of MLB teams as the draft nears.

The 6-foot-4, 200-pound switch-hitting infielder and right-handed pitcher can throw 93 mph now, with more velocity likely coming, and analysts like the potential of his curveball and changeup, too. Baseball America has Horn ranked No. 75 in his draft class.

“Where Horn is selected will depend on his intentions to continue playing football at the next level,” Baseball America writes. “He has plenty of untapped potential on the mound with a strong athletic foundation and pure arm talent that player development systems would go crazy for.”

An ideal situation, this is not for the Tigers.

Remember when I suggested that Connor Bazelak’s transfer to Indiana might not be something Mizzou fans should celebrate?

Drinkwitz’s encouraging recruiting has encountered turbulence in the transfer quarterback market. He hits for power on the high school recruiting circuit, and he’s grabbed key transfers at other positions, but his whiff rate on migrating college QBs has perplexed. Especially for a coach who loves offensive innovation and has coached quarterbacks specifically in the past.

Three interesting options with significant upside arrived in CoMo in person to check out what the Tigers had to offer. Three wound up saying thanks, but no thanks.

Mizzou chasing the pack in name, image and likeness offerings compared to other programs does not help. Then again, it’s hard to imagine South Florida being off to a better NIL start than Mizzou.

Cook and Macon are to be commended for not turning their coach’s recruitment of others into reasons to leave. Some would have. Especially in this day and age, in which the grass elsewhere is always greener and easier to reach than ever before. Where would Mizzou be now if one or both had bolted? In a worse spot than the Tigers are today, that’s for sure.

Drinkwitz could keep hunting, but I’m not convinced the remaining available transfers offer a definite upgrade over letting Cook, Macon and hopefully Horn sort things out on the fly.

Florida transfer quarterback Emory Jones would have been an interesting pivot. But he’s already off the board, to Arizona State. He is the Sun Devils’ answer to Jayden Daniels’ departure.

The most appealing name still up for grabs appears to be Memphis transfer quarterback Grant Gunnell.

The former three-star recruit out of Texas played 12 games over two seasons at Arizona, throwing 15 touchdown passes to three interceptions for a struggling team while totaling 1,864 passing yards. His completion percentage (66.5) and yards per passing attempt (7.5) were similar to what Mizzou produced last season.

Gunnell transferred to Memphis after Arizona staff changes, but never played a game there. He missed all of last season because of a leg injury that required surgery, and hit the portal again (and late) as a graduate transfer after the quarterback who filled in during his injury appeared to be favored by the Memphis coaching staff entering this season.

North Texas and Rice are pushing for Gunnell. Mizzou was not, at least not yet, as of Monday morning. Maybe Gunnell could be a big upgrade, but you have to squint to see it, more so than the quarterbacks Drinkwitz previously chased.

At this point, Drinkwitz’s best option seems to be calling in Cook and Macon, thanking both for their loyalty, and rewarding it with a chance for them to succeed or struggle. Cook showed some flashes in last season’s bowl loss to Army. Macon has raised questions about his arm, but he should be able to contribute with his legs. Tell the two to go win the job, and hope Horn shows up to play baseball and football at Mizzou, making things interesting when he does.

Drinkwitz is working to get a more secure quarterback progression in place for the future. In addition to incoming Horn, he just secured a commitment from Washington-based four-star prospect Gabarri Johnson for his 2023 class. Recruiting stars aren’t everything, though. If they were, Drinkwitz would have started four-star rated Macon over Cook instead of playing a hurt Bazelak much of last season.

The coach’s actions have made it clear he’s unsure about his most important position.

He needs a three-strike rally.

BenFred: What if DeJong doesn't rebound? And what does demotion say about Cardinals' offense?

Instead of continuing to chase quarterbacks planning to transfer, Missouri might be better off trying to concentrate on developing QBs Brady Cook, above, and Tyler Macon. They already are on the roster