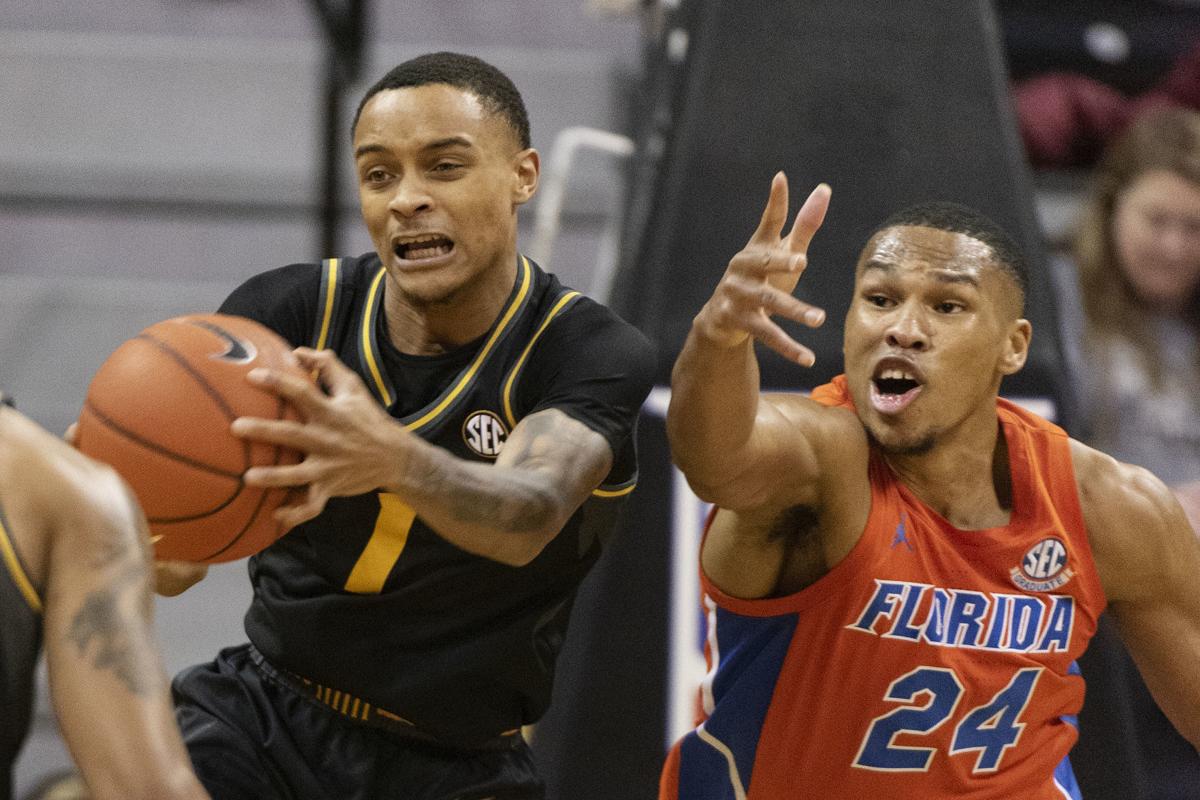 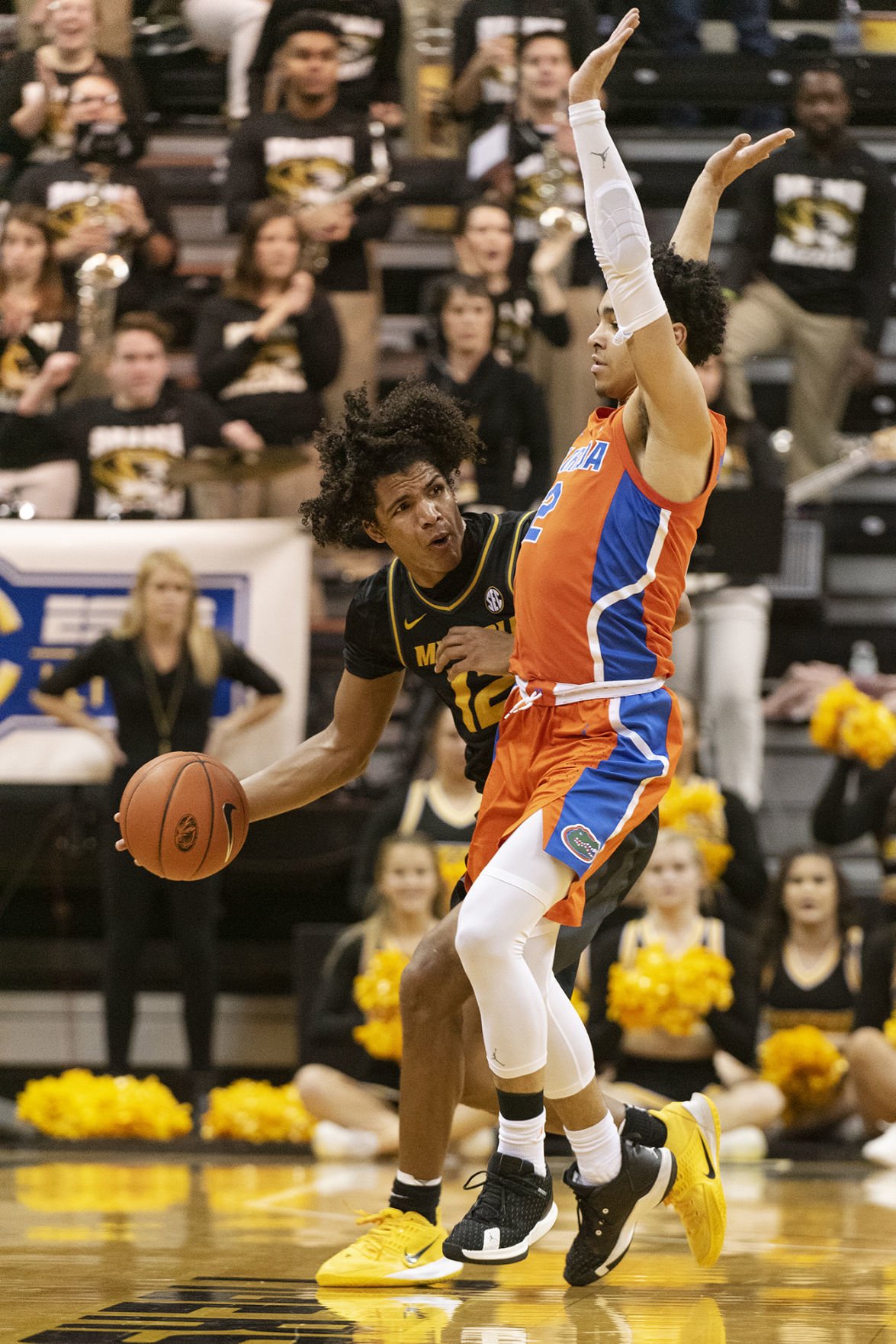 COLUMBIA, Mo. — While driving to pick up his daughter after Friday afternoon’s Mizzou basketball practice, Cuonzo Martin sounded as confident in the direction of his program as he was in the destination of his vehicle.

Saturday night’s game against Florida, he felt, would reinforce his point.

“Catch me after the win,” he said Friday before hanging up.

The 91-75 victory against the Gators that arrived the next night flipped the conversation about Martin's team once more.

Fans who were rightfully worried the season was slipping away can now wonder what might be possible if Mizzou keeps playing like this.

The win showed the Tigers have bought in on executing a plan that has emerged after the stress fracture to junior center Jeremiah Tilmon’s left foot became the third significant health-related hurdle in Mizzou’s past three seasons.

This is not rocket science. It is, however, directly tied to Tilmon. His presence and potential inside the paint had caused Martin, his staff, and the team’s perimeter players to become too passive. The opposite was true Saturday, as the Tigers thrived with Tilmon watching from the bench.

Saturday's combination of snow and a cooling interest in a team that had lost back-to-back games to start SEC play led to another meager Mizzou Arena crowd. Those who showed were rewarded with a surprise. Where has this team been?

Mizzou held Florida to 36 first-half points and a 38.5 field-goal percentage for the game.

The Tigers finally figured out that new 3-point line, hitting 12-of-19 from deep.

‘Big Guard U.’ played big. Bigger than big. What was that line former Tigers football coach Gary Pinkel used to use? That's it: Mammoth.

Mizzou’s perimeter players cooked up the 'Big Guard U." nickname this offseason, a reference to the team's preponderance of bulky, tough guards.

A phrase thrown around in the weight room was finally earned on the court.

Mizzou’s guards penetrated the lane again and again Saturday, creating close-range shots, freeing teammates up for their own and softening Florida’s 3-point defense by demanding the Gators respect dribble drives. Let this sink in: MU outscored UF 40-14 in the paint — despite Tilmon's absence and 6-foot-10 Florida forward Kerry Blackshear Jr.'s 22 points, 10 of which came at the free-throw line.

The Tigers outscored their season average by 24 points while setting season-highs in field-goal and 3-point percentage. They led by 11 with eight and a half minutes left in the first half, by 15 at intermission, and they never let the Gators get closer than 10 in the second. Florida had not allowed 90 points in regulation this season. Mizzou had not beaten Florida since 2015.

“More confident,” Gators coach Mike White said when asked to compare this Mizzou team to the one he scouted. “The ball really moved. Terrific spacing.”

“They attacked us off the bounce with drive-and-kick threes,” he added. “They played with great energy and confidence. We could not find ways to slow them down.”

At one point, White just stared at the stat sheet while reading Mizzou's numbers.

Dru Smith (22 points, five steals, six assists) led the charge while avoiding the charges that had cost him minutes lately. He was a layup machine. White said he looked like an all-conference point guard, and no one could object.

Mark Smith (14 points) got back to making his signatures threes, but also attacked the basket with a purpose, responding to Martin’s challenge to increase his aggressiveness.

Javon Pickett had more points (14), rebounds (four) and assists (three) than he had missed shots (two).

Xavier Pinson (eight points) was a heavy-footed driver in transition. His fast-break dunk over 6-foot-10 Gator Omar Payne was the game’s exclamation point.

That Sports-Center-worthy slam offered perhaps the best example of this team’s stoked fire.

Pinson had a similar play blocked from behind in Mizzou’s last game, a home loss to Tennessee. He went for the layup then. Now he knows better.

“I’m going to dunk everything now,” Pinson said. “I worked on it. I’m tired of getting my shot blocked, and I can dunk. So, why not?”

Mizzou (9-6, 1-2 SEC) has a chance of climbing onto the NCAA Tournament bubble if this style of play sticks around. The SEC is wide open. As Pinson said, why not?

The Tigers, like the rest of us, are guilty of putting too much faith in Tilmon. The team had been too tethered to his ups and downs. That’s no longer an option. The alternative could become more rewarding.

Martin hoped Tilmon could be a 15-point, 10-rebound player this season. He's averaging nine (points) and four (rebounds). As Tilmon struggled with fouls, then fouls and his foot, the plan of playing through the center became a problem.

“You have to be aggressive,” Martin said Saturday. “With Jeremiah, guys looked for him in the post. That could make you be reserved or passive. You have to go out and play the game.”

The Tigers overcame Michael Porter Jr.’s bad back to make the NCAA Tournament in Martin’s first year. The Tigers were weakened by Jontay Porter’s knee injury during the 15-17 season that followed. And now it’s Tilmon, who has gone from wearing a protective boot to walking with crutches.

“It’s unfortunate more than anything, with the injuries,” Martin said. “You can say it happens to everybody. I’m not sure it happens to this magnitude. I’m not making excuses. It’s part of the game. You deal with it. We have just enough. Our margin for error is very slim. Our guys are going through it. The cards are dealt. We have to make it work.”

What if it works better than before?

The Tilmon waiting game was holding the Tigers back. He’s out of the picture until further notice, and he will be returning to a different role if he does return.

Truth is, the Tigers have a chance to be more explosive and successful playing this way.

‘Big Guard U’ can win some games.

There's a soft middle of interchangeable teams (Tennessee, Bama, Mizzou) in the SEC, but four teams are emerging as the class of the league.