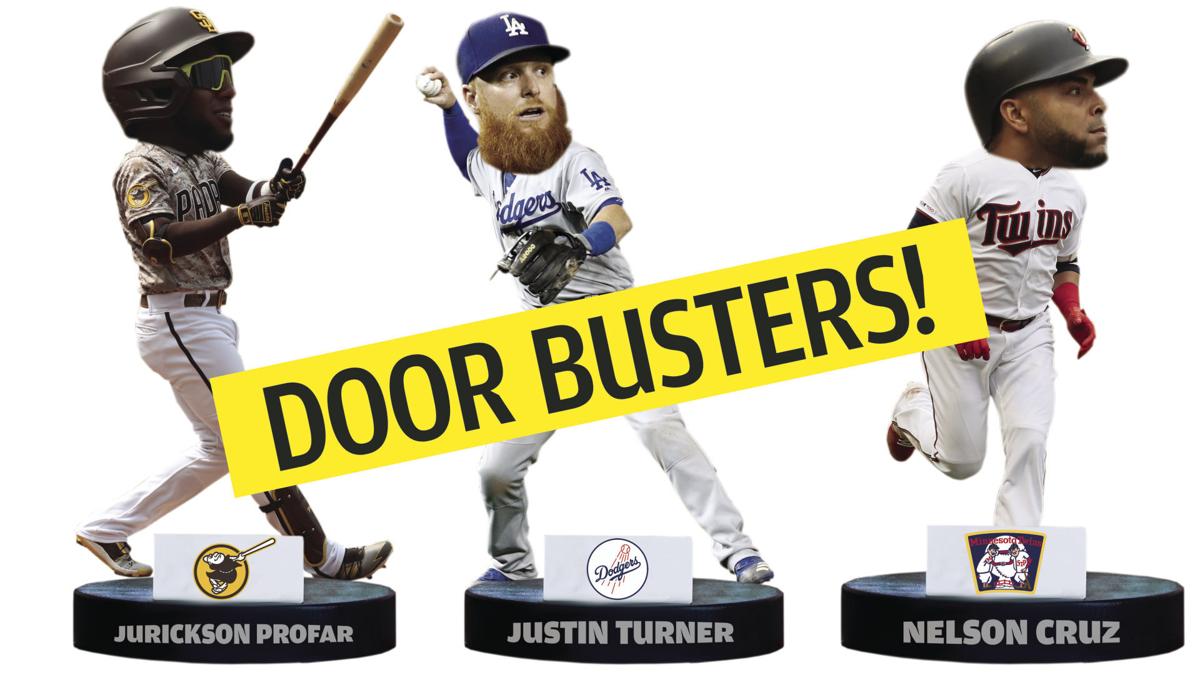 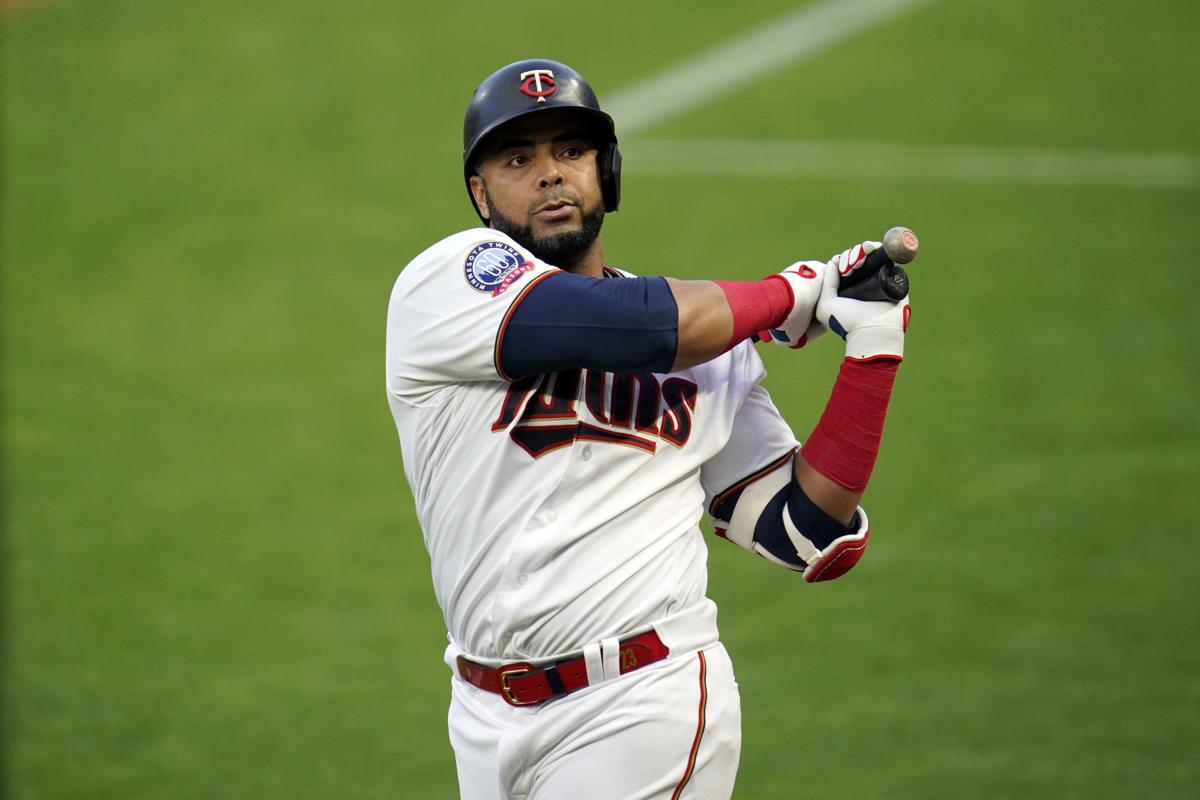 The shopping is going to look different this time around. More online browsing. Fewer in-person transactions.

Big-ticket items will draw smaller crowds than usual. With most consumers paying close attention to a pandemic-altered budget, the demand is for deals. The bigger the value, the better.

What, you thought we were talking about Black Friday?

Not quite, though Major League Baseball teams, and especially the Cardinals, would be wise to borrow a page from the playbook of the most savvy shoppers. You know the ones. They are busy checking the boxes of their holiday wish list without derailing their finances. They know where to look, what to look for, what to offer (and when).

If you have not heard, the Cardinals are one of many teams expecting to take a step back in payroll next season. There is no set dollar number at this time, in part because there are so many significant things left unresolved about the upcoming season, but here is some free advice for those playing pretend general manager. A team that sounds the warning alarm about budget cuts rarely goes out and does the opposite.

That the Cardinals are planning to scale things back a bit after a shortened 2020 season that was played without fans in the stands has, predictably, caused some consternation in Cardinal Nation. A lot of folks believe spending big means winning big, and sometimes that is true. Ask the Dodgers.

But while the Cardinals tend to refrain from the length and salary commitments that land the elite, in-their-prime free agents, their overall spending has not been their biggest problem. Check the annual payroll rankings from the past decade.

Instead the Cardinals are feeling both the pandemic’s pinch and the nagging pain of past purchases that did not pan out as planned. The most glaring examples, of course, include what has been a regrettable extension for Matt Carpenter, a Dexter Fowler contract in which the outfielder has not matched his career norms and a series of swings and misses on expensive relievers.

Good news: There is some true financial flexibility in the relatively near future as a significant chunk of money will come off the Cardinals’ books entering the 2022 season.

Bad news: That does not help the Cardinals much entering the 2021 season.

Good news: The Cardinals do not seem interested in punting on trying to win in 2021.

Best news: What the Cardinals need most desperately, damage-causing power at the plate, is available in all sorts of price ranges.

Holler about low-hanging fruit if you like, but don’t make the mistake of correlating salary with slugging percentage, the statistic Mike Shildt’s club needs like a Christmas tree needs water.

The Cardinals saw firsthand in 2019 how the right call on a value bat can make a big difference. Howie Kendrick, 35 years old at the time, averaged .344 with a .395 on-base percentage and a .572 slugging percentage during the regular season for the World Series champion Nationals that year. He destroyed the Cardinals in the NLCS, slugging .600 and winning the series MVP award. Kendrick made $4 million that year. It was the second year of a two-year, $7 million deal. Talk about value.

Kendrick, by the way, is a free agent again. The Nationals passed on his option and added his name to the long list of free-agent hitters who are going to be at the mercy of the cold, unforgiving market this offseason. Kendrick is probably not the answer for the Redbirds. He’s 36 now and had a subpar 2020 season. But the player who becomes the 2019 edition of Kendrick in 2021 is exactly what the Cardinals need.

The free-agent list is intriguing now and will only grow as the early-December non-tender deadline looms.

Maybe the answer is Nelson Cruz. More than 380 major leaguers have totaled 400 or more at-bats since the start of the 2018 season. Only four on that list — Mike Trout, Christian Yelich, Fernando Tatis Jr. and Mookie Betts — have posted a higher slugging percentage during that time than Cruz’s .573. The DH in the NL is not yet guaranteed for 2021, but most seem to think it will return. Cruz, a free agent, is planning on returning for his age-40 season. Old? For baseball, yes. And that’s scary. It also means affordable. Cruz slashed .595 in 2020 while belting 16 homers in 2020. The Cardinals, for context, did not have a single batter who hit eight.

Maybe the answer is Justin Turner. The Dodgers third baseman is expected to reunite with his longtime team, but what if the World Series champions swing a big trade for Rockies star Nolan Arenado? Turner, a free agent, could be on the move if that rumor gains traction. Turner likely turned off some suitors with how he behaved after testing positive for COVID during the final World Series game, but before he carried the virus toward the trophy celebration he spent the season averaging .307 with a .400 on-base percentage and a .460 slugging percentage. He’s averaged 26 home runs per 162 games since 2015. He could toggle between third base and designated hitter. He’s 36 now and far beyond a premier payday in terms of salary and contract length. For the Cardinals, that’s a plus.

Maybe the answer is Eddie Rosario. The Twins have not non-tendered the outfielder, but they could in order to save money on his nearing arbitration-caused raise. Rosario, 29, has slugged .493 with an adjusted on-base plus slugging percentage of 114 (14 percent above league average) since the start of the 2017 season. The salary projection tool at MLBTradeRumors predicts he will make something between $9 and $13 million in 2021. If the money the Cardinals saved by non-tendering second baseman Kolten Wong produces a hitter like Rosario, those upset about Wong’s departure would reconsider.

Maybe the answer is answers, meaning more than one addition, two bats that when combined, perhaps as platoon pieces, pull the lineup toward the pace set by the top teams in the NL. Free agents Jurickson Profar, Joc Pederson and Tommy La Stella are not names that would make fans’ toes tingle. The right combination of them could produce an uptick in runs per game.

This offseason is not about what the Cardinals do or don’t spend.

It’s about how they project hitters, and if they can pounce on the overlooked and undervalued.

It’s about the power the team currently lacks, and the fact that real power is available at all price points.

Baseball’s shelves are still being stocked, but it’s clear right now there are ways for the Cardinals to get better on any budget.

Whether measured by Quadrant 1 wins, success against AP Top-25 teams or road toughness, the Tigers are checking a lot of boxes that suggest they should be a tough out come March

BenFred: As Billikens ease their way back, Ford must keep focusing on what matters most

Player safety and health must be on the top of Travis Ford's list of concerns as the Billikens ease their way back, and the coach is making that clear

Whether measured by Quadrant 1 wins, success against AP Top-25 teams or road toughness, the Tigers are checking a lot of boxes that suggest they should be a tough out come March

BenFred: Aaron's legacy about a lot more than home runs

BenFred: I love the way the Blues lose, but they should not make a habit of it

Berube and players were not patting themselves on the back for getting a point in a game Wednesday where effort was lacking.

BenFred: It's getting harder to root against Brady, but someone has to do it

Members of the Brady Detractors Club have rarely faced so much adversity. We must dig deep and press on.