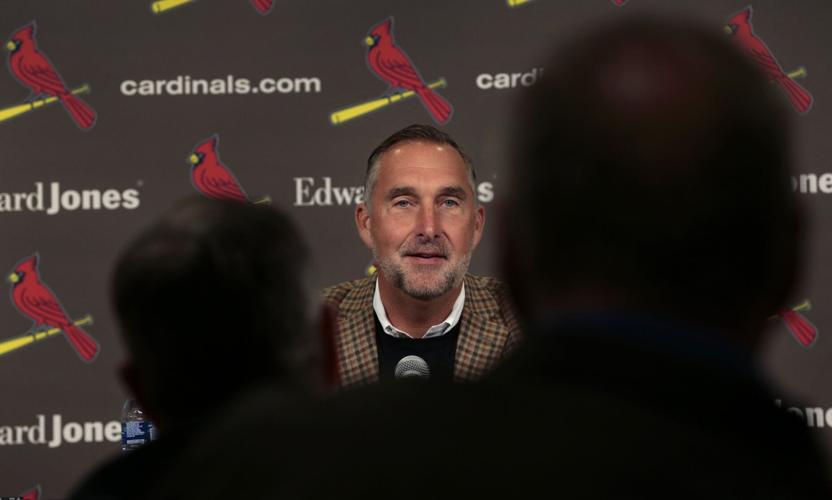 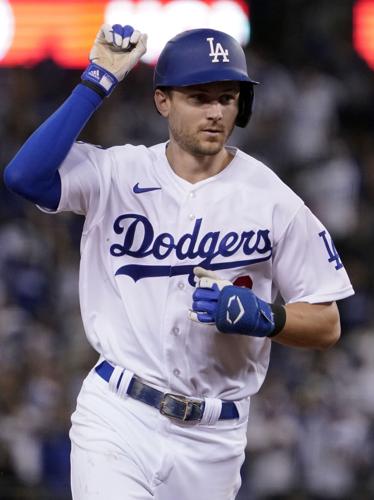 The Dodgers’ Trea Turner celebrates as he runs the bases on a solo home run against the Padres during their Division Series on Wednesday, Oct. 12, 2022, in Los Angeles. 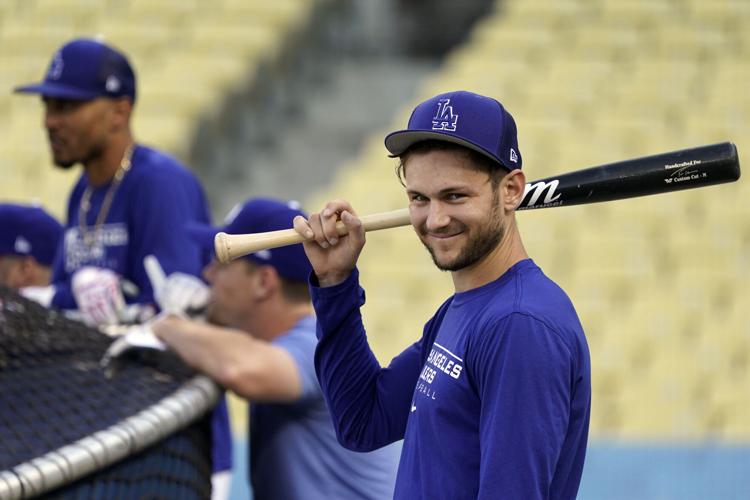 The Dodgers' Trea Turner, right, smiles while taking batting practice during a workout in preparation for the Division Series on Friday, Oct. 7, 2022, in Los Angeles.

SAN DIEGO — The tide is rising again, and the barrier provided to the Cardinals recently by a watered down division will now offer less protection from a brewing storm.

The 87-win Phillies that shoved the Cardinals out of the most recent postseason and reached the World Series for the first time since 2008 did not resort to self-pity when Bryce Harper’s offseason elbow surgery put him on the shelf for perhaps the entire first half of 2023. On Monday, they handed star free-agent shortstop Trea Turner an 11-year deal worth $300 million that includes a full no-trade clause, no opt-outs and no deferred money. Turner is going to make $27.5 million in his age-40 season. Phillies manager Rob Thomson’s lineup when Harper returns will feature Turner, Harper, Kyle Schwarber, Rhys Hoskins, J.T. Realmuto and Nick Castellanos. Yowza.

The 101-win Mets, who sustained a blow when free-agent starter Jacob deGrom signed with the Rangers, got a lot more reliable Monday, when luxury tax-ignoring owner Steve Cohen followed the high-salary, short-term playbook he once used to land Max Scherzer to grab free-agent force Justin Verlander, who got two years and $86 million with an option for 2025. Dueling aces? Check.

The 101-win Braves will eventually counter, and they have made it publicly known they do not see the luxury tax threshold stopping their plans for offseason improvement.

The 111-win Dodgers brought back Clayton Kershaw (2.28 ERA last season) for his 16th season and are looming large, as always, in pretty much every significant free-agent discussion.

The 81-win Giants are causing the Yankees significant heartburn in their dogged pursuit of superstar free-agent outfielder Aaron Judge.

Let’s not pretend the 89-win Padres, who are allergic to inaction, are going to sit quietly do nothing while pointing to their stunning trade-deadline acquisition of star outfielder Juan Soto.

And let’s not pretend baseball’s shifting schedule landscape does not make all of this National League flexing more relevant to the Cardinals.

The upcoming MLB schedule decreases the number of games the Cardinals play within their division from 76 to 52. Fewer chances to pound on the losing Cubs, Reds and Pirates.

And while the Phillies just proved the expanded postseason still offers a realistic path for a sixth-seeded wild-card team to surge to the World Series, don’t forget how those Phillies took their first step. That same expanded format punished the division-winning Cardinals because they finished behind the fellow division-winning Dodgers and Braves. Those two division winners got first-round byes. The Cardinals got a best-of-three NL Wild Card Series sentence, with the only upside the ability to play host. Good for ticket revenue. Not so good for what we have learned time and time again: Home-field advantage in the baseball postseason just isn’t that big of an advantage.

The good news for the Cardinals is: With the state of the NL Central strugglers and the softening Brewers, they would have a decent chance of winning their division without making a single move between Monday and the start of the regular season. The bad news? Winning your division now means a lot less than finishing in the top two.

The Cardinals will make moves, of course. Mozeliak sounded optimistic Monday evening about the chances of leaving San Diego with a new catcher, and that should be the bare-minimum expectation. If that catcher is the appealing Sean Murphy, the trade package required to secure him from Oakland could open up new opportunities to add, perhaps at shortstop, where appealing options remain post-Turner. The Cardinals are always hunting for pitching at their preferred price points. Mozeliak and his fellow decision makers are looking for ways to improve. What they are not doing, he made clear, is feeling significant pressure to change roster-building plans because of the surging National League. Time will tell how such steadfastness plays.

The 2022 Cardinals received a rude introduction to the rough side of the emerging reality last season, when a fun and rewarding regular season overshadowed a 34-38 record against winning teams before getting snuffed out in the postseason, when the Cardinals were upstaged by a lower-seeded opponent that proved to be bigger, badder and better.

Those Phillies just got better, again, and they have company in a National League the Cardinals know is improving.

“Our model will be tested,” Mozeliak said. “But we like it.”

Cardinals would welcome chance to add a long-term fixture at catcher to replace Yadier Molina, and a trade could spur interest in free agents …

The Dodgers’ Trea Turner celebrates as he runs the bases on a solo home run against the Padres during their Division Series on Wednesday, Oct. 12, 2022, in Los Angeles.

The Dodgers' Trea Turner, right, smiles while taking batting practice during a workout in preparation for the Division Series on Friday, Oct. 7, 2022, in Los Angeles.