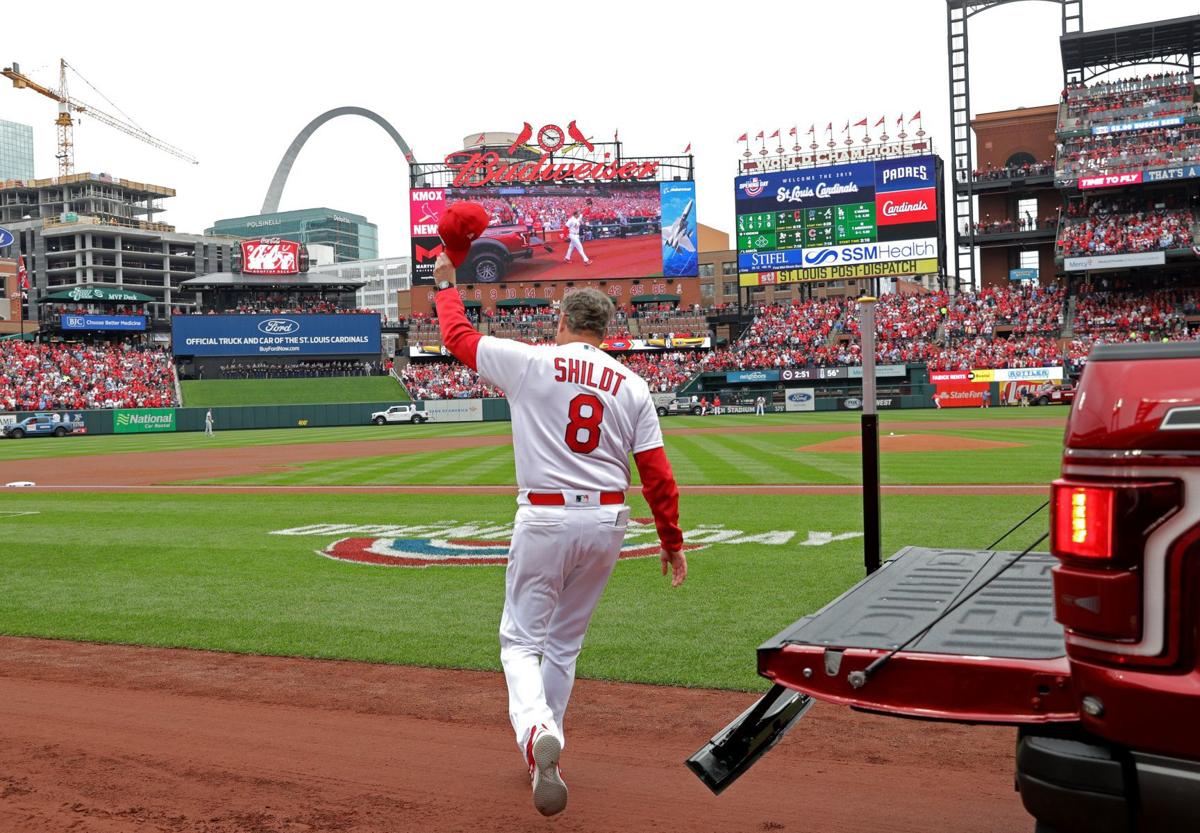 Cardinals manager Mike Shildt greets the fans as he arrives for opening day ceremonies on Friday, April 5, 2019, before a game against the San Diego Padres at Busch Stadium in St. Louis, Mo. Photo by Christian Gooden, cgooden@post-dispatch.com 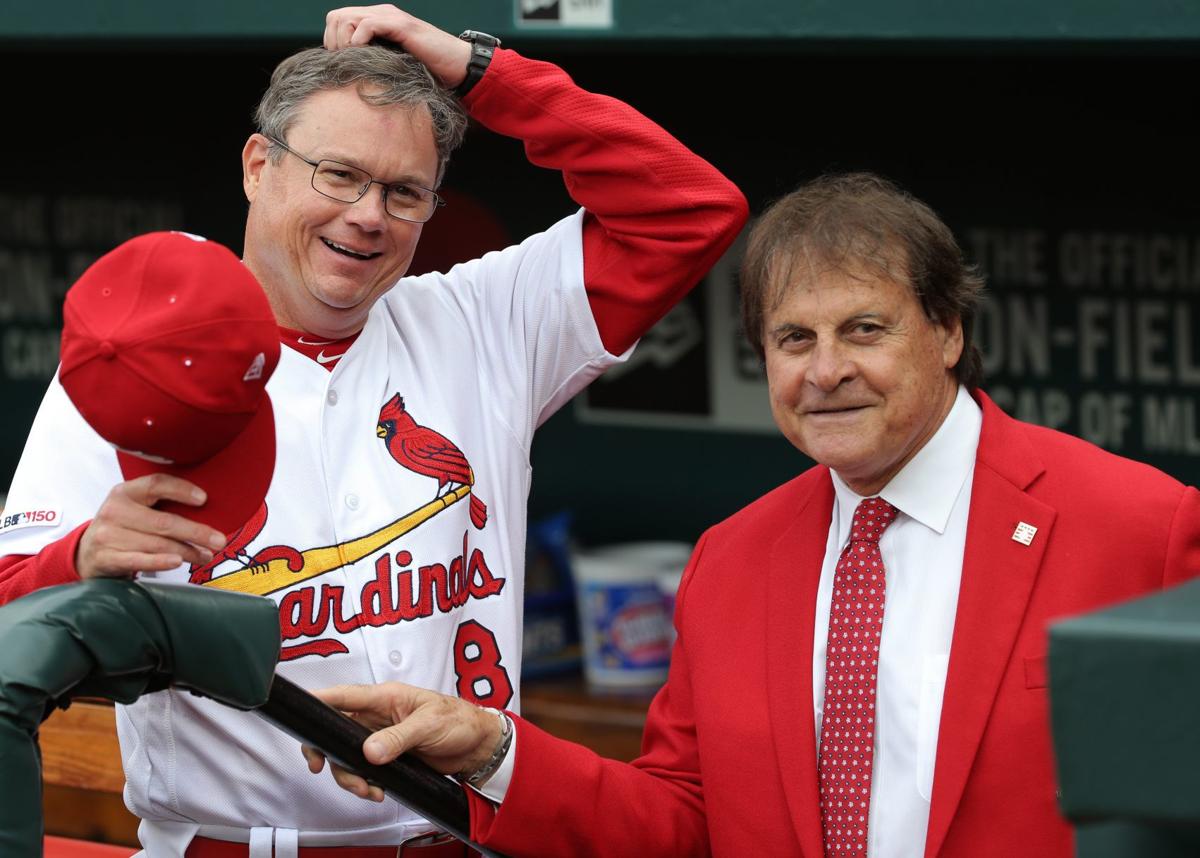 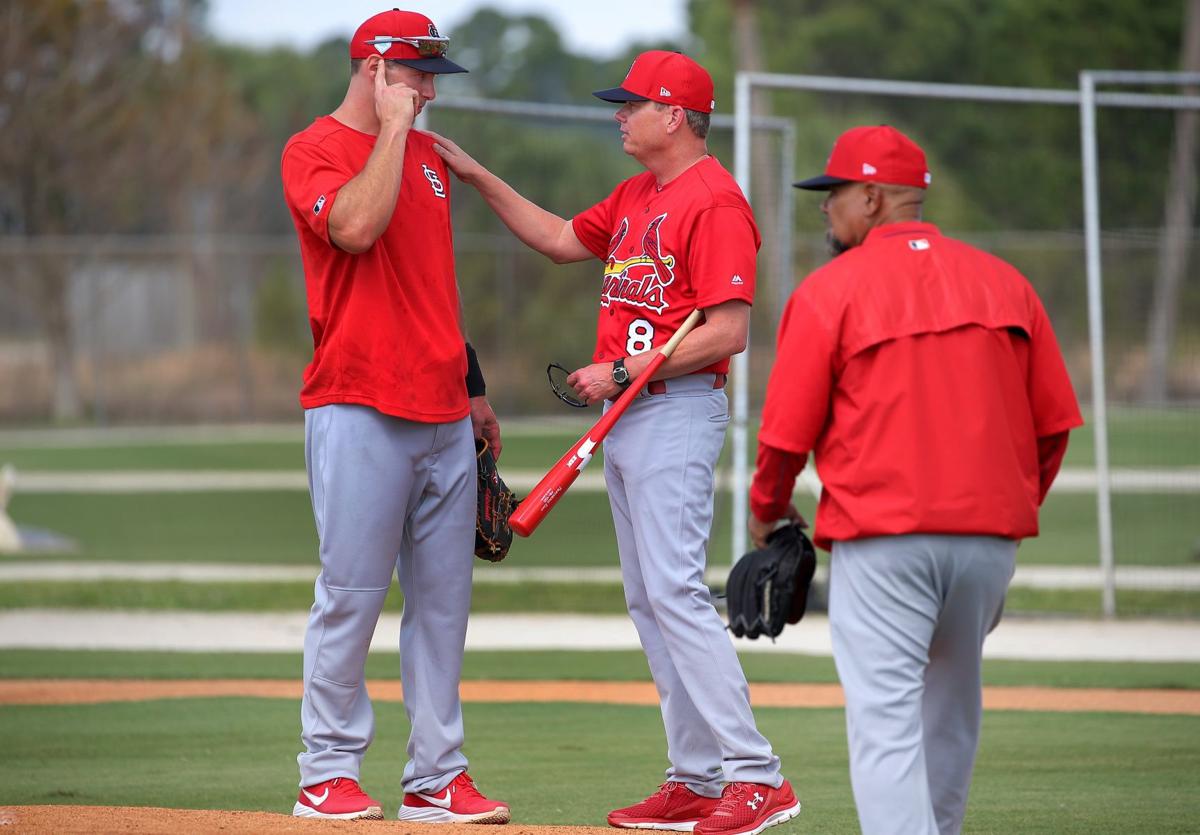 It always has, always will and, for the most part, always should boil down to what matters most when it comes to Cardinals baseball.

The Cardinals have made winning their brand. They sell their success, and make a fine profit because of it. When that brand was beginning to look a bit faded, and the postseason misses were starting to stack up, they told us Mike Shildt was the right manager for an on-the-fly restoration.

Here was a home-grown tactician who sharpened his skills and earned the trust of players and coaches alike during his climb from the bottom. Here was an All-Star in communication with an unquenchable appetite for analytics and any observation that might give his team an edge. Here was a living Cardinals historian who knows what this job means while also knowing he has the chops for it. He is the perfect balance between appreciation of the opportunity and conviction that he can raise the bar set by his mentors.

Yeah, yeah, but will he win?

We can only work with the sample size we have, but Shildt will reach somewhat of a milestone on Thursday afternoon, when his Cardinals attempt to sweep the Nationals. It’s his 100th game as Cardinals manager.

When you reach your 100th day of school, the teachers might hang a banner in hallway and pass out cupcakes.

Shildt isn't asking for a cookie, but let's run some numbers.

Yes, it's early. Yes, the numbers are impressive. The former should not dismiss the latter.

61: The Cardinals’ 61 wins since Shildt slid into the manager’s seat on July 15, 2018 are the most wins in baseball during that span. If you are wondering how competitive the division has been lately, both the Brewers (58) and Cubs (57) can be found in the top-five. A manager's moves might give or take away a handful of wins over the course of the season. Shildt tips the scales in the positive direction, clearly.

.640: The Cardinals’ home record reads 32-18 under Shildt. That .640 winning percentage at Busch Stadium is the best in the NL. Only four other NL teams (Dodgers, Rockies, Brewers, Cubs) are above .600 at home over the same span.

95: Under Shildt, the Cardinals have outscored their opponents by a combined 95 runs, an average of nearly one run per game.

20: Shildt has now managed 31 series as Cardinals manager. His club has claimed 20 of them. That includes six sweeps, with a chance for a seventh if the Cardinals beat the Nationals on Thursday.

Did I mention it's early? No one is throwing a parade, and Shildt won’t accept one until it’s celebrating a World Series. That said, the manager's first 100 games suggest lofty expectations moving forward.

Goold: From Pud to Max, Yogi to the Captain — the best ballplayers from the Show-Me State

After another poor April, Matt Carpenter ponders how to adjust

BenFred's 5: The truth about Arenado on the road, a question about Kroenke's timeline and some advice for Missouri State

Luhnow's win-at-all costs motivation was cloned by his employees. That obsession played a part in the existing rift between Astros and Cards.

BenFred's 5: The truth about Arenado on the road, a question about Kroenke's timeline and some advice for Missouri State

After listening to the veteran Cardinals third baseman, how can anyone put stock in Houston's offense?

BenFred: Billikens rise to the occasion, but miss chance to break through their ceiling

Billikens led for more than 36 minutes. They led by 13 with under 10 minutes left. They led by a point with 6 seconds left in OT. And they lost. Oof.

Indianapolis Colts defensive back in town for Samaritan's Feet program, one of many ways he's active.

Cardinals manager Mike Shildt greets the fans as he arrives for opening day ceremonies on Friday, April 5, 2019, before a game against the San Diego Padres at Busch Stadium in St. Louis, Mo. Photo by Christian Gooden, cgooden@post-dispatch.com