Become a Member
Read Today's E-edition
Share This
BenFred: Hopefully The Rock’s XFL learns from what the St. Louis BattleHawks had cooking
0 comments
Share this
1 of 2 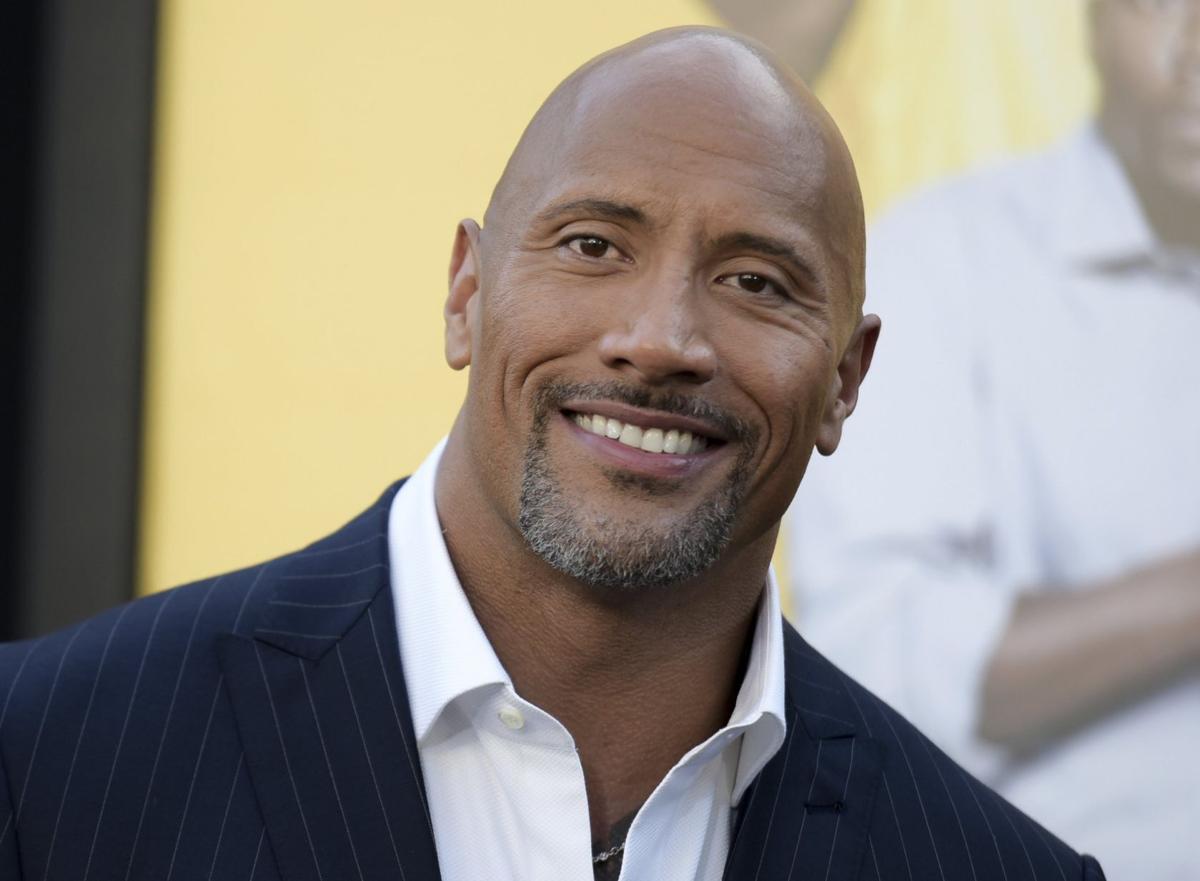 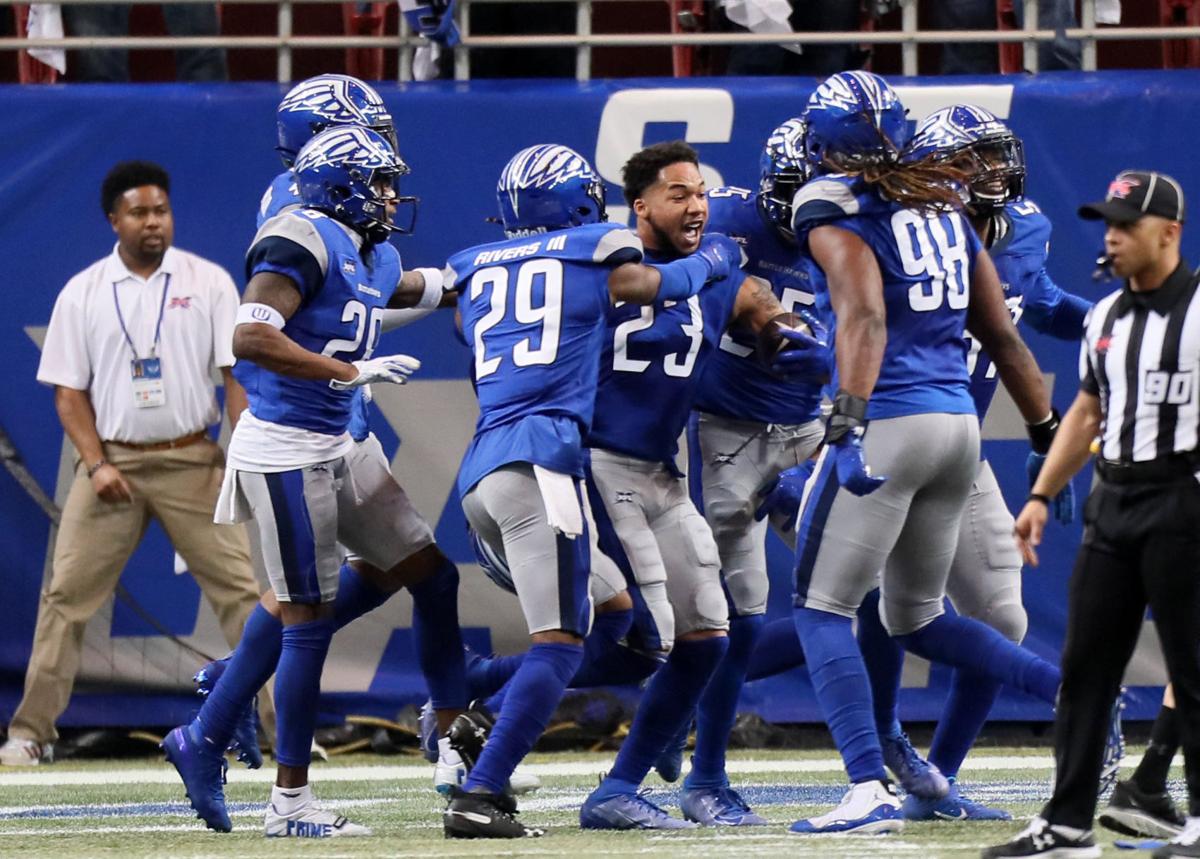 The XFL is coming back, its new leaders insist, and now there are some details that support that claim.

The spring football league’s new owners have made a series of executive hires. Training camp is scheduled for January 2023.

Kickoff is set for that February.

News on a broadcast deal is said to be percolating.

In case you lost track of this stuff, and no blame here if you did, the professional wrestler turned cross-platform superstar is the face of the new ownership group that took the league off Vince McMahon’s hands following his pandemic-prompted shuttering of the league in April 2020.

So, D.J., how about some good news for the old city that hosted the XFL’s most successful team in terms of, well, just about everything?

BattleHawks fans — yes, they are still out there — would like to smell what The Rock has cooking.

For now, the company line is wait and see.

“We will have many details and updates to share in the months ahead including announcements about teams and their venues,” reads the league’s response at this time.

Optimists who are willing to read between the lines can find some reasons for premature excitement.

Perhaps the biggest is the optimism in the voice of Kitty Ratcliffe, the president of the St. Louis Convention and Visitors Commission. She declined to get into specifics this week regarding conversations that have taken place between the league’s new ownership group and The Dome, but I think it’s safe to say this. An XFL welcome mat is still on display downtown.

“We loved having the BattleHawks here,” Ratcliffe said. “We hope the XFL returns and we would love to have the league back here, for the fans who enjoyed it.”

Also encouraging for BattleHawks hopefuls is the makeup of the executive team hired by Johnson and his co-owner Dany Garcia.

Multiple officials from the XFL’s last launch are returning for this one, including leaders in charge of business, marketing and content, player personnel, technology and human resources.

These folks should have a pretty good idea of how well St. Louis supported its team before the pandemic struck, prompting a sell-off some viewed as convenient, considering the St. Louis success was not shared in every XFL market.

False starts have become a bit of a theme since McMahon punted. A 2022 return was prematurely announced, then scrapped. A potential merger between the Canadian Football League and the XFL was explored, then tabled. Joining the pandemic in clouding the picture now is the arrival of a competitor in the form of the relaunching United States Football League, which has announced plans to kick off this April, not next, with some noteworthy names — Mike Riley, Todd Haley and Kevin Sumlin — on the sidelines as coaches.

Since the XFL first decided to plant a flag here, it was always smart to bet on the St. Louis team being a success while hedging on the success of the league overall. That seems to be the smart play, still. But hopefully the new ownership group learned from the mistakes of the past one.

Go where you are wanted.

Dropping XFL teams into NFL cities made no sense. The last launch included seven teams in the eight-team league being in NFL hubs: Dallas, Houston, Los Angeles, Seattle, New Jersey, Tampa and Washington. Many of them lagged in interest and attendance. No surprise.

It was a much different story here, where fans were eager to have professional football back, and determined to prove the NFL’s rigged relocation of the Rams to Los Angeles painted a warped picture of St. Louis sports fans.

There’s a lesson for the new-look XFL there, if it cares to see it.

Go to San Diego and Oakland, where other NFL fans have been scorned.

Go to San Antonio, Oklahoma City, Orlando, Portland and Omaha, or other places that feel overlooked by the NFL.

No one expects the XFL to compete with The Shield. That doesn’t mean it can’t benefit from planting teams in places the NFL believes it has grown too big to need. There is a small but growing portion of Americans who love football but have reasons to be disenchanted with Roger Goodell’s league. Take advantage of it, if nothing else to help spark forward progress.

The BattleHawks’ brief but undisputed success here was kick-started by NFL angst. Then it became something bigger and better than bitterness, even in a very short run. People may have gone to their first game to stick it to the NFL. But if they went back, it was because they had fun. That feeling could return even now that the Rams relocation case has been settled.

The XFL had something good going in St. Louis. Ratcliffe felt it. She wasn’t alone.

“I can tell you that the XFL player will be the hardest and hungriest players in the room,” Johnson declared in his latest XFL-related Instagram post. “So, football nation, we are building this for you.”

Bringing the XFL back here should be a no-brainer. Remodeling the league to learn from St. Louis’ success would be just as wise.

BenFred: MLB and NFL are apples and oranges, but America's pastime should borrow these plays from America's most popular league

If Patrick Mahomes can save a season in 13 seconds, can't pitchers and hitters be ready in 15?

BenFred: An NFL-avoider’s playbook for surviving the playoffs

For those of us who have not been able to fall back in love with the league since the Rams relocation rip-job, the playoffs can become quite the pressure cooker

BenFred: Mizzou's backfield has big question marks, but also a recent reminder of how answers can emerge

Tigers' backfield features the most uncertainty of any SEC East team

The way the Tigers lost at Arkansas can’t be defended, but I still think Martin’s make-or-break season should be 2022-23.

BenFred: How a Christmas ornament came to define the Rams relocation lawsuit saga

Everyone has been given a chance to share their views on the resolution. Except Blitz and Bennett. Until now.

The defense is the headline, but now the context is being appreciated

BenFred: From a Cardinals front office feeling the heat, to a new face throwing passes at Mizzou, here are your 2022 predictions for the St. Louis sports scene