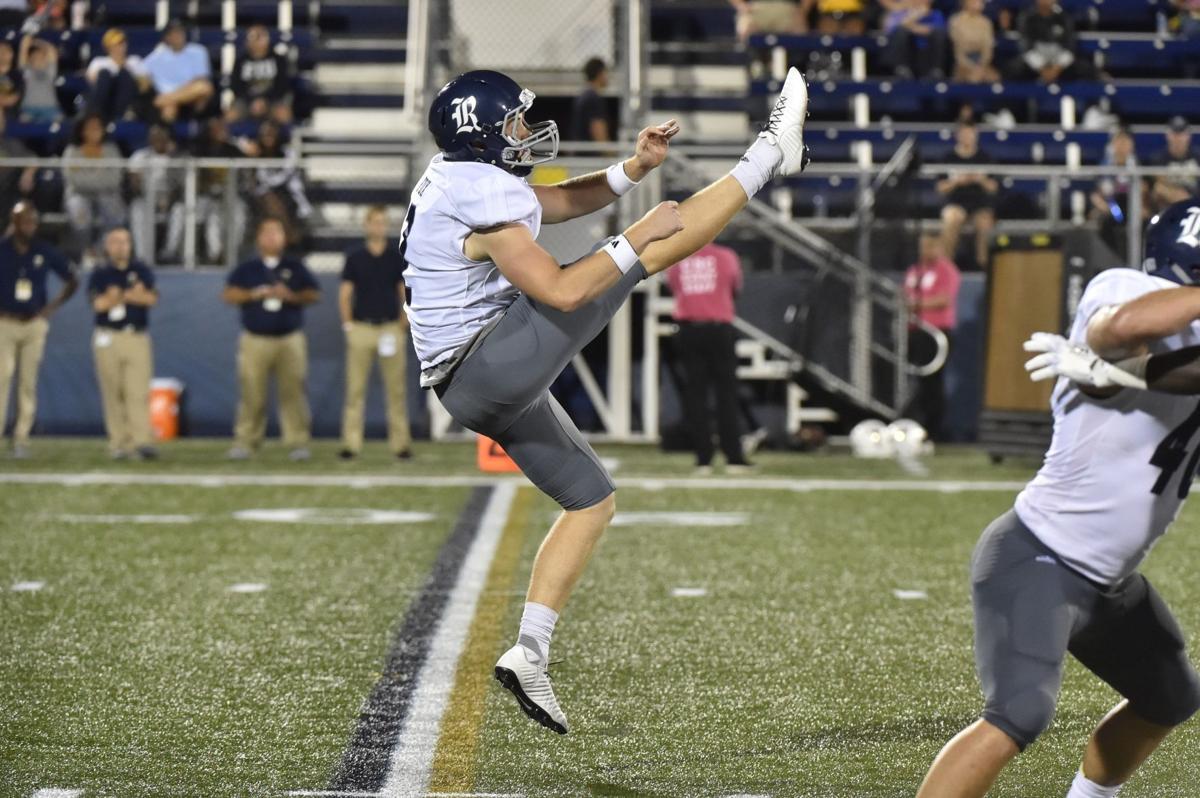 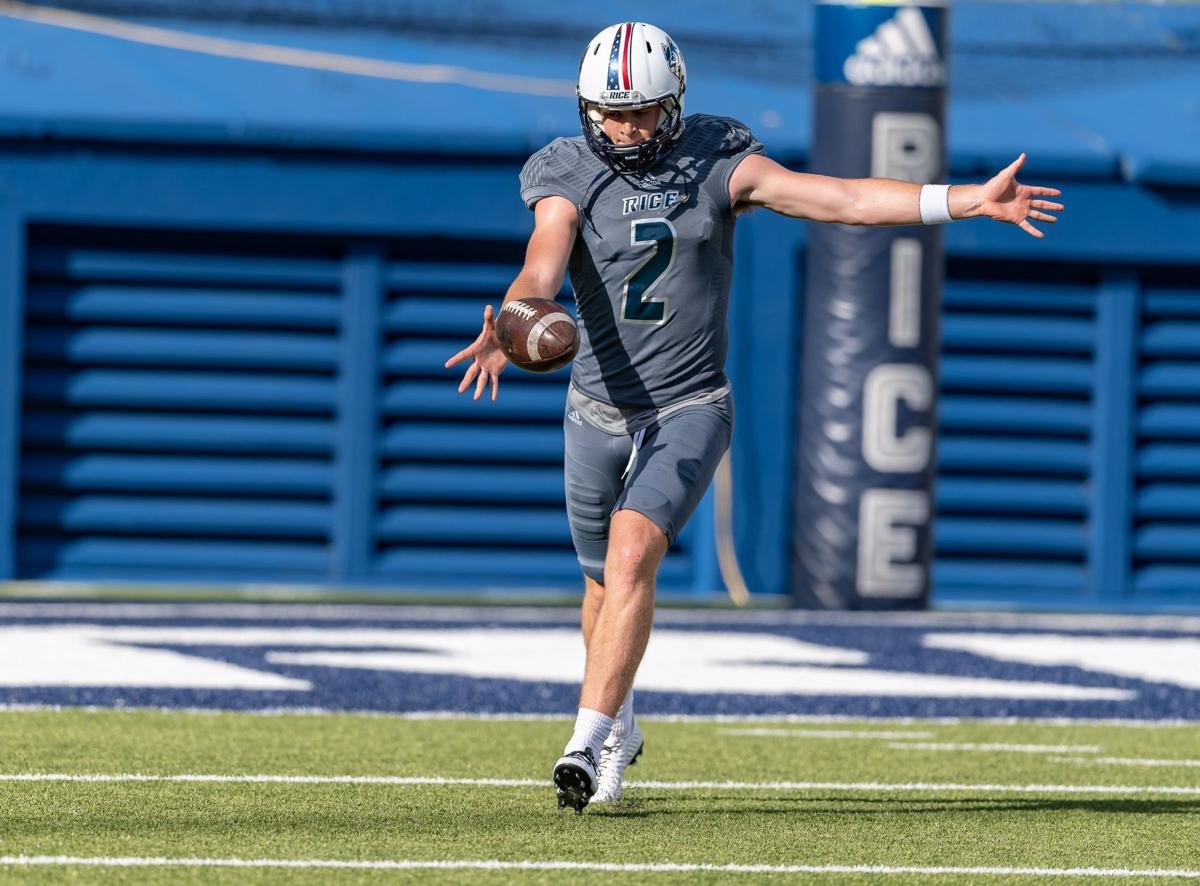 St. Louis native Jack Fox, a punter for Rice University, punts in a game. Fox is hoping to make the NFL. Photo taken by Maria Lysaker of Rice Athletics.

St. Louis’ lack of an NFL team has not slowed down our area's rich tradition of churning out pro football talent.

The latest addition to the fraternity has perhaps the most interesting path yet.

But first, let's review the crew.

Cowboys star running back Ezekiel Elliott is still running strong while his old high school teammate at John Burroughs, linebacker Foyesade Oluokun, has found a home with the Falcons.

Chiefs defensive tackle Khalen Saunders (Parkway Central) is out with an elbow injury at the moment, but he should return to the defensive front of the defending champions in about a month.

Outside linebacker Markus Golden (Affton) is back with the Giants.

Blaine Gabbert (Parkway West) is one Tom Brady injury away from starting for the Buccaneers.

Linebacker Christian Kirksey (Hazelwood East), finally healthy and freed from the Browns, has 24 tackles through two games for the Packers.

If I forgot someone, please let me know.

Update: You all are awesome. I did forget some. Thanks for those who reminded me about Baltimore defensive lineman Brandon Williams (Rockwood Summit) and Brows kicker Austin Siebert (Belleville West).

We first knew him as a Ladue quarterback.

We last checked in on Fox when he was attempting to land in the league after a successful college punting career at Rice.

The 2015 Ladue graduate who was once a first-team All-Metro utility selection had by then successfully transitioned from high school quarterback who handled special teams duties in his spare time, to special teams specialist in college.

But the Conference USA special teams player of the year as a senior in 2018 went undrafted despite an average of 45.5 yards per punt. He signed on with the Chiefs as an undrated free agent, but then got stuck on the practice squad. It was a brutal reminder. When there are only 32 jobs available at your position, sometimes being good isn’t good enough. It takes timing, luck and not looking back when your moment comes.

Fox’s moment came when the Lions signed him off that Chiefs practice squad in December. He hasn’t looked back. After securing Detroit's punting job earlier this month, Fox has become one of the few bright spots for the Lions (0-2).

Fox’s nine punts through two games have averaged a whopping 52 yards, which sits third-best in the league. He’s pinned four of those punts inside the 20-yard line. His longest punt, a 67-yard bomb, is the second-longest punt of this young NFL season.

If there is a downside to long, booming punts it’s that they often become ripe for big returns. Not Fox’s. His punts have serious hang time, to the point that returners rarely get a chance to run them back. His net average of 51.3 yards per punt is currently the best in the league. Pretty good for a rookie.

And that’s not all.

Fox is kicking off for the Lions. He's holding during field goals. He's already made a tackle on a kickoff, too.

I bet if the Lions ask him to, and considering the state of their offense perhaps they should, he could throw a dime of a pass on a fake punt.

Fox has found his place in the St. Louis NFL fraternity.

If he keeps this up, he will be in it for a long while.

The Lions tend to need a good punter, and they've found one.

The Cardinals' outfield experiment is bubbling away, and the earliest returns are not appealing

Some players can’t handle being labeled a Cardinals star player. Some survive it. Rare ones yearn for it and thrive in it.

There is crying in baseball, but the tears dry fast and the Brewers' new second baseman has plenty to prove

A new Cardinals villain has arrived.

BenFred: Reds remind Cardinals NL Central is up for grabs as long as rotation searches for groove

Strong starting pitching is the best path to control a division. The Cards lacked it in season-opening series.

St. Louis native Jack Fox, a punter for Rice University, punts in a game. Fox is hoping to make the NFL. Photo taken by Maria Lysaker of Rice Athletics.