Subscribe
Read Today's E-Edition
Share This
BenFred: Picking the perfect gifts for St. Louis sports figures, whether they want them or not
0 Comments
Share this
1 of 2 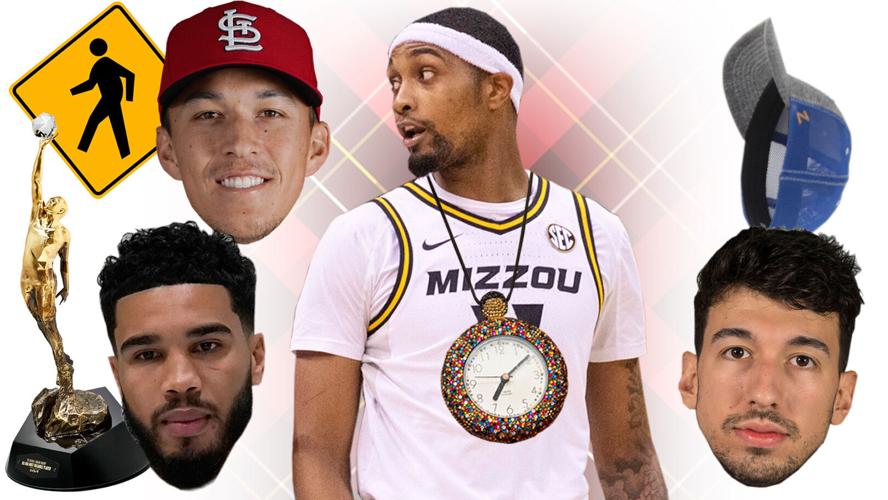 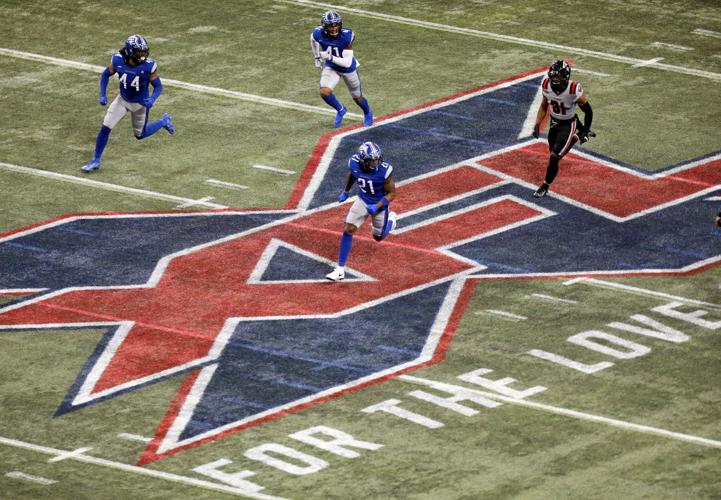 Players run down the field on a punt in an XFL game between the BattleHawks and New York Guardians on Sunday, Feb. 23, 2020 in The Dome at America's Center.

Sports columnists should always tell it like it is.

They will never be as good at it as disappointed kids at Christmas.

You know the ones.

They unwrap clothes with apathy. They look for the present they missed, knowing there’s nothing left. Sometimes they even ask: “Is that it?”

Cardinals fans can relate this winter. Most like the signing of Willson Contreras at catcher. But they’re still wanting more, and not just socks and a few sticks of gum.

Their siblings and cousins in the National League are getting all kinds of stuff. It’s getting hard to ignore. Team colors this Christmas are Cardinal red and green with envy.

Hopefully more gifts for this roster are on the way. While we wait, it’s that time of year when I hand out some of my own to our area sports scene. I can guarantee no one will be left wanting more …

Mizzou quarterback Sam Horn: A fair chance to compete for the starting job in 2023.

University of Missouri Curators: A refund for the $540,000 charged by consulting firm Huron to figure out ways to, “achieve athletics excellence.” I’ll do it for free. Here goes. Win more football games.

Former Cardinals manager Mike Matheny: A new gig with the Cardinals as the organization’s catching coach.

Miami Marlins starter Pablo Lopez: A trade to the Cardinals.

KTRS radio host McGraw Milhaven: A Nebraska football season that does not bring shame to St. Louis’ most loyal Cornhusker.

The Los Angeles Rams: A banner honoring one of the worst seasons ever by a defending Super Bowl champ.

SLU men’s basketball coach Travis Ford: A schedule without SIUE on it.

Washington Wizards guard and SLU product Jordan Goodwin: An apology from all the teams that passed on him in the 2021 NBA draft.

SLU athletics director Chris May: A list of up and coming men’s college basketball coaches, in case he need to hire one soon.

Mizzou athletics director Desiree Reed-Francois: A list of up and coming college football coaches, in case she needs to hire one soon.

National League MVP Paul Goldschmidt: A September to remember, to replace the one he’d like to forget.

Cardinals third baseman Nolan Arenado: An audio recording of whatever promises the front office made him about improving the team before he dropped his final opt-out, in case the urgency displayed doesn’t match with what was pledged.

Retired Cardinals legend Albert Pujols: No second guesses about calling it a career.

Cardinals fans: A postseason with a shelf life longer than an avocado.

Illinois coach Brad Underwood: The opposite of the above.

Retired Post-Dispatch baseball writer Rick Hummel: A Diet Dr Pepper toast to one heck of a Hall of Fame run that, lucky for us, has more stories to tell.

Post-Dispatch readers: A safe, happy and healthy holiday season. Thanks for making this fun.

BenFred: It's time to mentally prepare for a trade of Blues captain Ryan O'Reilly

Doug Armstrong's initial trade for Ryan O'Reilly was one of the best moves in St. Louis sports history, but that can't cloud the current reality.

BenFred: Digging into the reasons Dennis Gates has made Mizzou basketball so fun to watch

What the Missouri men's basketball team is doing on the court in CoMo can be captured in both numbers and nuance.

BenFred: Mizzou basketball shows why it could be a dangerous March Madness foe

If their shots are falling, Dennis Gates' Missouri men's basketball team can shred any team in its path.

BenFred Chat: Will March Madness be rewarding for any area team?

Without Brown, the Tigers had no chance. With Brown and this version of Mosley? That would be something.

The Cardinals didn't need four splash moves this offseason. They do need more than one, and the starting pitching rotation gives cause for concern.

BenFred: Will Jake Garcia, Kirby Moore earn Year 5 and beyond for Eli Drinkwitz at Mizzou?

A new Missouri football offensive coordinator and a transfer quarterback could be the defining faces of Eli Drinkwitz's make-or-break season.

BenFred: Cardinals top prospect Jordan Walker has always been ahead of the game. Just ask Grandma.

Since crashing his older brother's T-ball team as a 2-year-old, Jordan Walker has made playing with the older guys look easy.

It's time for Scott Rolen's hard charge to reach a historic finish line with his election to the National Baseball Hall of Fame.

Players run down the field on a punt in an XFL game between the BattleHawks and New York Guardians on Sunday, Feb. 23, 2020 in The Dome at America's Center.