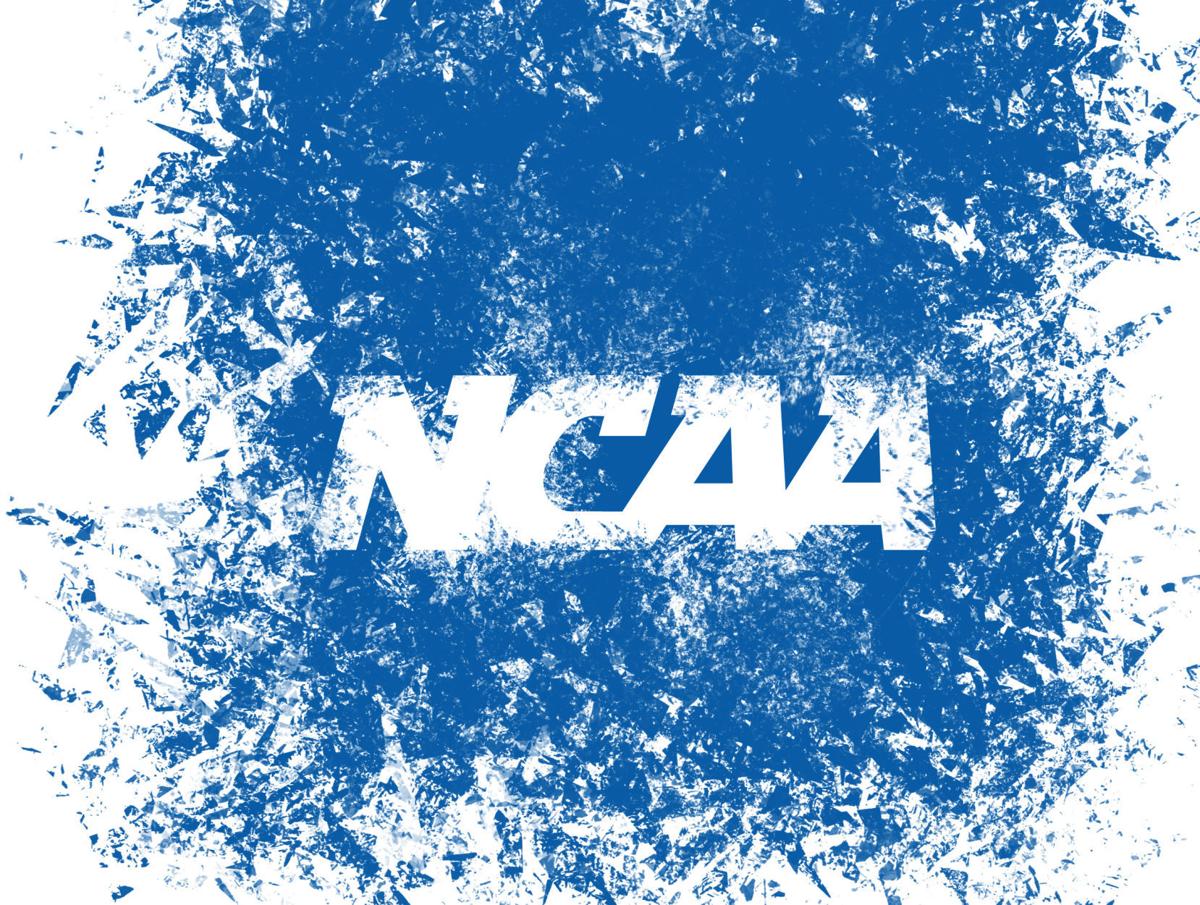 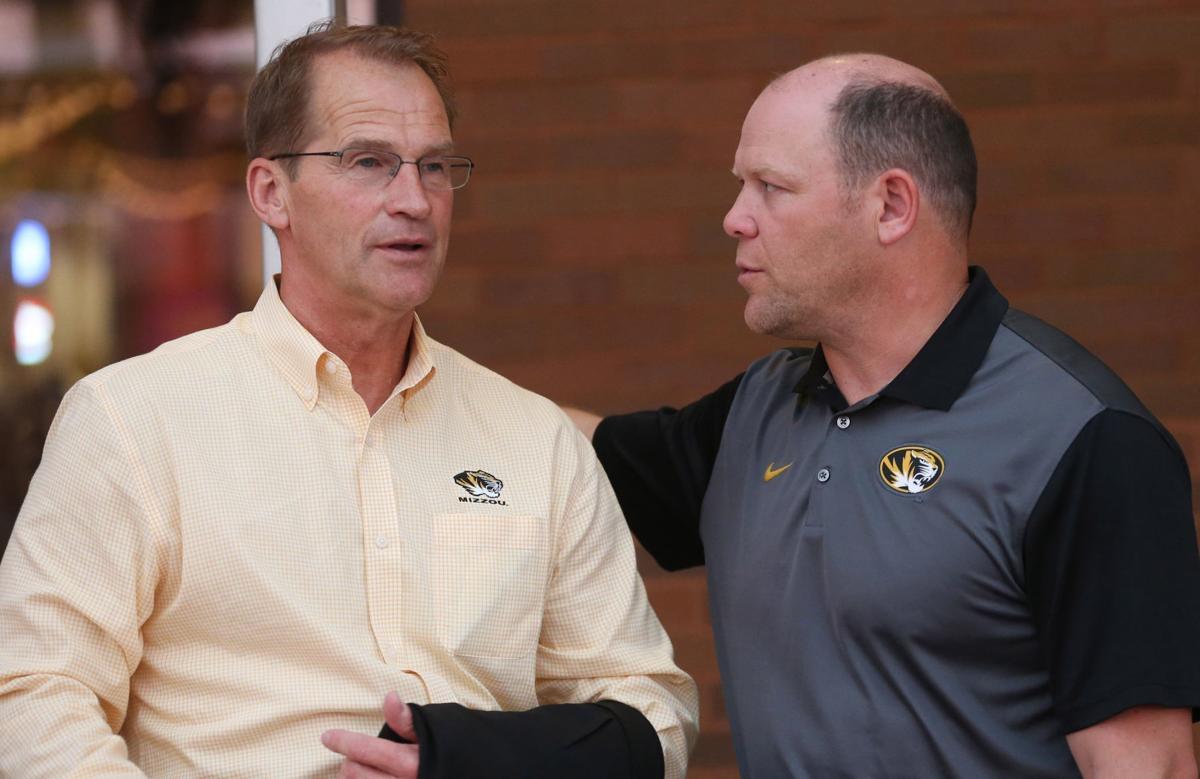 Barry Odom (right), who was fired on Saturday, Nov. 1 2019 as Missouri's football coach, talks with Mizzou athletics director Jim Sterk before the start of the Mizzou Coaches Caravan at the Anheuser Busch Biergarten in St. Louis on May 9, 2018. (Bill Greenblatt/UPI)

A phrase so often shouted about the NCAA sounds a lot more damning when it comes from someone on the inside, on the record.

The organization that oversees college athletics lost the public’s trust long ago, for a million different reasons, a big one being the maddeningly inconsistent punishments handed down to different programs at different times.

Now one of the NCAA’s most loyal supporters is starting to sound like an enraged fan on a message board. And he’s got a point. When the NCAA can’t count on its Jim Sterks, the NCAA is in trouble.

Sterk went off Tuesday. Mizzou chancellor Alexander Cartwright sat to his right, nodding in agreement. A cellphone full of support from his counterparts across the country told the AD he is not alone in his outrage.

Sterk and Cartwright took turns blistering the NCAA for its refusal to walk back sanctions slapped upon Mizzou for an academic misconduct incident that became known in 2016.

Sterk pulled no punches, calling the exhausting process that ended in a rejected appeal things such as “appalling,” “inconsistent” and “hurtful.”

Beyond the buzzwords, it was Sterk’s clenched fist and cracking voice that captured the picture of a loyal servant’s shattered faith. He admitted he vetted the notion of suing the NCAA. He was more than mad. He feels betrayed.

Sterk was a few months into his new job at Mizzou when former tutor Yolanda Kumar came clean about the academic misconduct she committed on behalf of student athletes. What happened was wrong. No one at or outside of Mizzou disputes that. What can and will be disputed at and outside of Mizzou is what happened next.

Mizzou did exactly what the NCAA asks of its members after Kumar’s unethical work on behalf of 12 student athletes became known. It came clean, made changes and cooperated with the investigation that followed. Tell on yourself, says the NCAA, and the punishment will be less severe.

After being led to believe that probation and vacated wins in three sports (football, baseball and softball) would be the verdict, Mizzou was slapped with one-year postseason bans in all three sports; recruiting and scholarship limitations; financial penalties; and the expected probation and erased wins.

Mizzou’s appeal of those penalties lingered for 19 weeks before the appeals committee changed absolutely nothing.

Sterk knew Mizzou deserved punishment. What inspired him to push back against the NCAA’s initial ruling was the severity of its punishments compared with other examples across the country, the belief that cooperation is the backbone of successful NCAA compliance, and the hope that the appeals committee would share — and square — those beliefs. But that appeals process, it became clear Tuesday, resulted in nothing more than the appeals committee challenging the NCAA membership to better define how it factors in things such as cooperation. In short, the appeals committee just shrugged.

In between the initial announcement of Mizzou’s punishment and the announcement of the rejected appeal, Mississippi State, using a negotiated resolution process that was not installed in time to help Mizzou, received a significantly different and less severe punishment — including no postseason bans — after cooperating in the investigation of an incredibly similar academic misconduct incident.

Sterk felt the Mississippi State verdict, announced in August, was a great sign.

It became a slap in the face.

Three hours after the appeals committee put the final nail in the coffin of the “Make It Right” campaign Sterk launched to draw attention to Mizzou’s appeal, the AD who has spent his professional lifetime working within the NCAA publicly questioned the organization’s ethics. He pointed to the outcome of the appeal as one that could — and perhaps should? — have a chilling effect on compliance in the future. He voiced grim concerns about his industry.

“The NCAA has proven again that it cannot effectively serve its membership and the student athletes it is supposed to protect,” Sterk said.

It was the first of many stunning quotes.

“I think it probably did,” Sterk said when asked if he believed Mizzou was punished more severely because the NCAA failed in 2017 to bring down the hammer on North Carolina in its investigation into sham classes there. “Those folks on the Committee on Infractions, they had a strong opinion on what should have happened with the North Carolina case. And we were the next case up.”

Then came the money quote.

“Our athletics directors and presidents and chancellors and commissioners need to collectively decide where we want to go,” Sterk said. “Because the current system is broken.”

“There is a lot of disgruntled people in the membership,” he added. “Where we go from here, I don’t know. But there needs to be reform in the system to gain back some credibility.”

A chill should be shooting up the spine of NCAA president Mark Emmert. Sterk will be cited as a reason more schools steer away from cooperation. When a champion of the system says the system is broken, why trust the system?

Barry Odom (right), who was fired on Saturday, Nov. 1 2019 as Missouri's football coach, talks with Mizzou athletics director Jim Sterk before the start of the Mizzou Coaches Caravan at the Anheuser Busch Biergarten in St. Louis on May 9, 2018. (Bill Greenblatt/UPI)