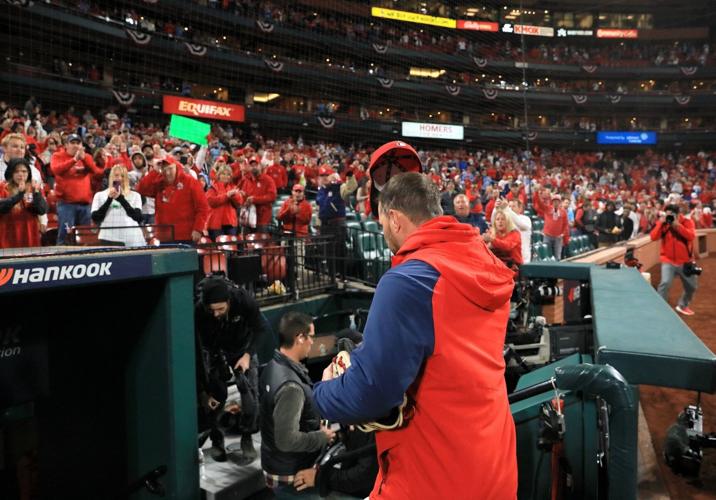 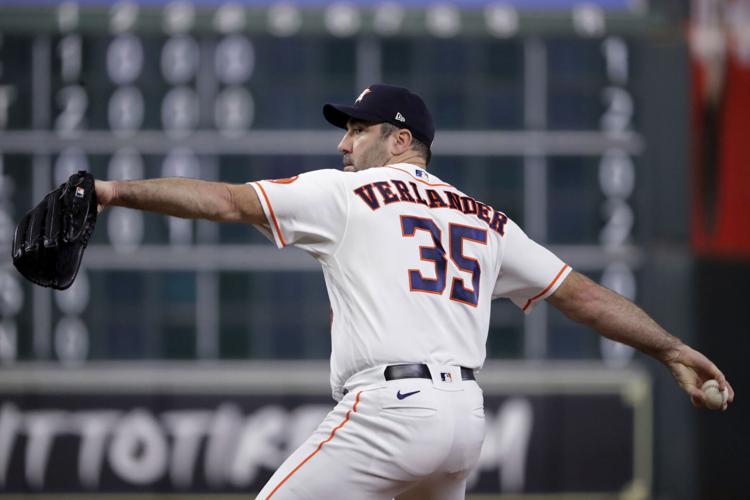 As the doors to the Cardinals’ clubhouse opened late Saturday night, it was so quiet you could hear a pennant drop.

The room was muted, interrupted only by passionate backslaps, as teammates shared both “bro-hugs” and brotherly hugs. Every few seconds, a slapping of a back was an audible reminder that the season was over — and that this was goodbye.

Infuriatingly and unacceptably, the division-champion Cardinals lost their first-two playoff games to the Phillies — and at Busch Stadium. From St. Louis’ poor offense to porous defense, there were obvious reasons the Cards lost the short playoff series. We’ve addressed these in recent days — and will continue to do so in future months.

But one positive out of all of this was the pitching. Returning starters such as Miles Mikolas and Jordan Montgomery were superb on the big stage. Relievers such as Giovanny Gallegos and Jordan Hicks were reliable.

St. Louis made the playoffs with fourth-best overall ERA in the National League (3.79), featuring a relievers’ ERA of 3.61 (fourth best) and a starters’ ERA of 3.92 (ninth best).

Then there is the “Waino” curveball.

If Adam Wainwright returns, he’s a starter. But if his frustrating final stretch — along with family, earnings, accomplishments and Yadier Molina’s retirement — leads to his own retirement, then the fifth spot is open.

For the No. 5 spot, there are five (and perhaps more) guys who could vie for the job — Dakota Hudson, Matthew Liberatore, Zack Thompson, Jake Woodford and ... remember Alex Reyes?

Jose Quintana, who threw both beautifully and economically since his trade-deadline arrival, is a free agent.

Until the Cardinals win another pennant (last one being in 2013), here’s imploring them to be bold and go for the latter.

Spend out of your comfort zone. Why not? What’s the worst that happens — you still don’t get to the second round of the playoffs?

It was implored from this keyboard last winter to sign Kyle Schwarber. The headline read: “Cardinals should sign Schwarber and put down 25-30 DH homers in pen, not pencil.” Yes, he was pricey — he signed for nearly $20 million a year. But he hit a league-best 46 homers! The lefty batter the Cards signed instead? Corey Dickerson ($5 million for one year). Dickerson finished with an OPS under .700 (.698), while Schwarber’s was over .800 (.827).

The 2022 Cardinals, clearly in a smaller market than many big spenders, still had the 12th-highest payroll in baseball (per Spotrac). And the Cards had eye-popping attendance that came to see Albert Pujols, Molina and Wainwright (and Paul Goldschmidt, Nolan Arenado and, I suppose, Lars Nootbaar). This offseason is a chance to invest the cash you made this season in next year’s postseason.

And a better starter would help you win more games — and who knows, not only win the division but also get a first-round bye.

With free agents, no, there aren’t guarantees. High-priced teams don’t automatically win. But the Cards have been stuck in this great-not-elite echelon in the past six seasons. Why not try something daring? Especially if it’s a pitcher on a short-term deal.

It almost seems like a waste of time to type this next paragraph, because it would be so against the grain, but would the Cardinals consider splurging for Justin Verlander? It would be similar to the Mets signing Max Scherzer last offseason, back when the St. Louis native inked a deal with a $43.3-million annual salary for three years. Verlander, who turns 40 in February, has said he wants to get to 300 wins (he’s at 244). He’s coming off an 18-4 season for the Astros, with a 1.75 ERA — the best starter’s ERA of the 21st century.

As it is seemingly every offseason, there are numerous other arms at other price points. Like Verlander, Jacob deGrom has a player option he could exercise. There’s also Carlos Rodon, Nathan Eovaldi, even Clayton Kershaw. And other names that don’t jump out, but could fit with the Cardinals (such as Quintana).

If the great Wainwright decides to retire, the Cardinals could stay in house. If they go to the market, it isn’t to say that someone such as Liberatore won’t also get some starts (consider that 14 players started at least one game in 2022).

But for the Cardinals’ front office, there must be an impetus to improve.

Because we saw what can happen when you win the division, but are the third-best division winner.