In today’s 10 a.m. video, columnist Ben Hochman discusses Cardinals prospect mystique, heading into Winter Warm-Up, the annual launch of the new season (if you will). Also, a happy birthday shoutout to Julia Louis-Dreyfus! And, as always, Hochman picks a random St. Louis Cards card from the hat.

Oliver Marmol’s quote has stuck with me all winter.

A month ago, I asked him about Jordan Walker. If the prodigious prospect is going to make the majors, we know it’ll be as a starter, not a role player. So, if Walker is going to make the club out of spring training, he has to earn a starting outfield job. Which means, not just show he’s good enough to play in the majors, but also prove that he’s better than who is already in the majors.

Which leads us to Tyler O’Neill. Sure, Dylan Carlson or Lars Nootbaar will have to battle for their outfield jobs, too. But those guys swing lefty bats — and Nootbaar, after his big second half, is sure on an upswing. O’Neill’s spot seems vulnerable right now, at least from this spot on press row. A year ago at this time, that would’ve sounded improbable. His 2021 was superb. But his 2022 was subpar. The slugger didn’t slug. And he was often injured.

So, yeah, he’s waking up every morning to make sure his job isn’t taken (though, sometimes, he’s already up, since he and his wife just had a baby girl).

Asked Saturday about working to plant his flag in left field, O’Neill said, “Of course, that’s where I want to be. I want to want to be on the field with these guys, I want to help them win ballgames — and you can’t do it from left bench.”

This quest to stave off Walker — and, at least, make it Dylan or Lars’ problem — has already begun for the 27-year-old O’Neill, who sure seems in a better spot mentally. Entering last season, his arbitration case loomed.

“It was a lot, mentally — lost a bit of sleep over it,” he shared Saturday.

But as reported in this newspaper, he avoided arbitration this year and will make $4.95 million in 2023.

“It feels like a weight lifted off my back,” he said.

O’Neill has spent ample time in St. Louis this offseason, even working on his hitting with Cardinals Hall of Famer Jim Edmonds. But as O’Neill refines his sculpted body and his scrutinized swing (he slugged just .392 last year), the looming question is how much of his 2022 production was injury-related — and how much was regression?

John Mozeliak, the Cardinals’ president of baseball operations, didn’t spend money on a free agent outfielder (to be fair, there weren’t many A-listers available … though there sure were some A-list shortstops and starting pitchers available). “Mo” knows that Walker could crack the majors this year — and is one of the best offensive prospects St. Louis has ever had. But in the short-term, the strength of this Cardinals team isn’t based solely on its super-strong stars, but rather on the supporting cast in the meat of the lineup.

Sure enough, the first player Mozeliak named in his 30-plus minute meeting with the media was … Tyler O’Neill.

“The key for the St. Louis Cardinals as you think about 2023 is really going to be — who are we?” he said. “And what I mean by that is — what is Tyler O’Neill? What is Dylan Carlson? What are we going to get out of Jack Flaherty? And these guys performed the expectations that we believe they’re capable of, we think we’re going to be very talented and competitive and compelling team to watch.”

Regarding O’Neill, his strikeout rate is always going to be alarming. It’s just part of his makeup. But last year, his hard hit percentage dropped from 52.2 to 43.3.

Asked what O’Neill can improve upon, Mozeliak said: “I think the simple thing there is to see that power, see that consistency, right? When you’re a middle-of-the-order hitter, are you contributing as a middle-of-the-order type of bat? And so, you know, taking injuries aside and we think back to two years ago, and the season he had, he was able to put the St. Louis Cardinals on his back from time to time and carry us. When you have two players like (Paul Goldschmidt and Nolan Arenado), you have to support that with other players. And I do feel like the emergence of Lars, for example, he’s someone that might turn into that, as well.

“But in the meantime, we’ve also had the time to watch somebody like Dylan Carlson or Tyler O’Neill. And I will say, going into the year, expectations are high. The key is obviously being healthy and when you’re looking from just a pure productivity standpoint, it’s power, it’s being able to hit doubles and trying to mitigate your strikeouts. But if the tradeoff is an increase in power, that might be a fair tradeoff.”

To be fair to O’Neill, this column could’ve also been written about Carlson. Both guys had high expectations in 2022 — and both guys finished with an OPS right around .700 and an OPS+ right around 100 (or average). But Carlson is only 24. And a switch-hitter. He’s earmarked to play the important defensive position of center field. He was a highly-rated prospect who is still finding his overall game. He could sure have his job taken, as Marmol suggested. But for now, it sure seems like O’Neill is the one who has to put up the strongest fight.

“I really believe in what I’m doing again (this offseason),” O’Neill said. “I’m not getting away from what makes me me.” 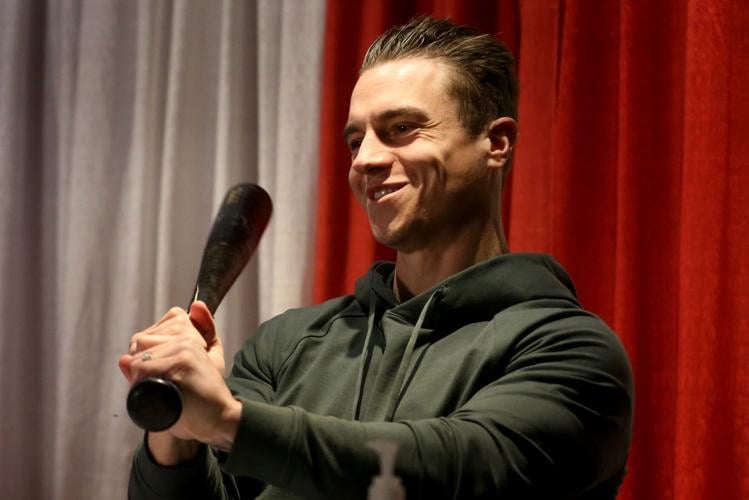 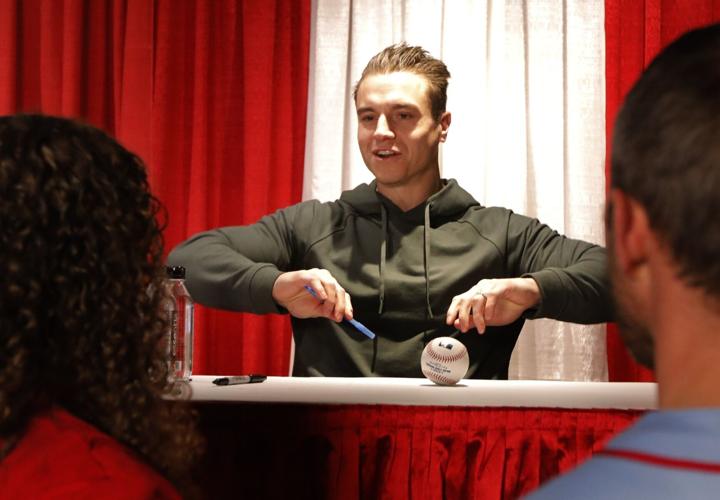 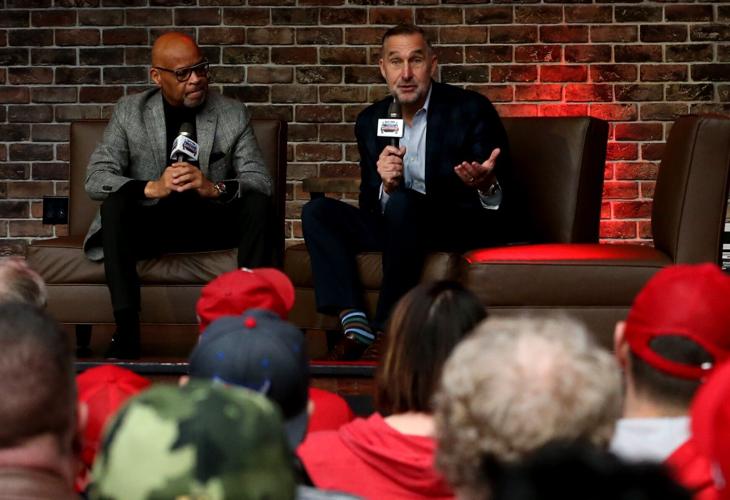