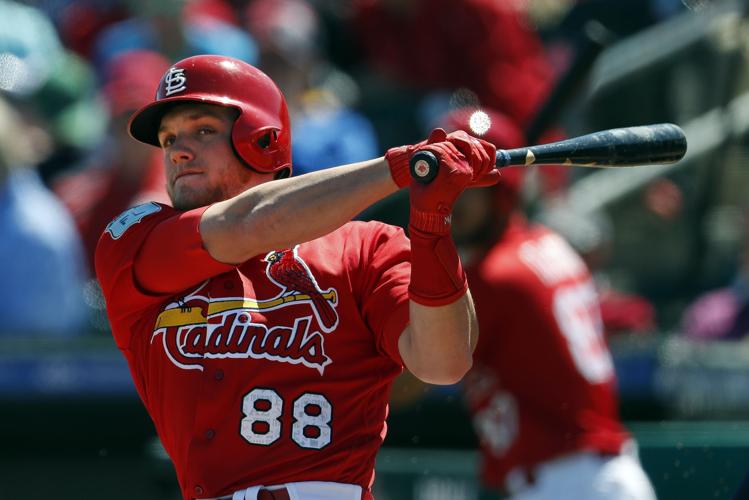 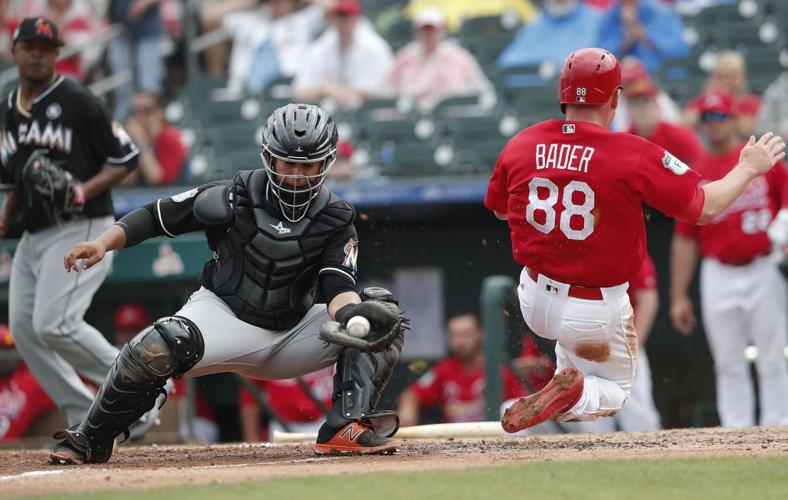 MEMPHIS, Tenn. • At times, the road to the bigs seems farther than even Thursday’s drive: An eight-hour bus trip — overnight — from Oklahoma City to here. It’s the Redbirds’ version of a red eye. After a game in the Sooner State, the Cardinals’ Class-AAA club chartered their bus to Memphis, while cobbling together some hours of sleep, arriving around 7:30 Friday morning. The Redbirds had to be back for a game Friday night.

He leads current Memphis players in slugging, but he’s not on the 40-man roster.

And he plays in an organization with not only a bunch of young outfielders on the big-league club, but one that just traded for another bopping outfielder. Tyler O’Neill made his Memphis debut on Sunday.

With Bader’s oozing confidence and quick rise in the system, I’ve been fascinated by the former Florida Gator.

But with the trade deadline a week from Monday, one has to wonder if Bader’s recent performances serve more as auditions?

“You just have to control what you can control,” Bader said after the game Friday, a day that seemingly would never end. “Regardless, what people talk about with the 40-man and this and that, when I wake up in the morning, I have one thing on my mind, and that’s playing baseball. There’s a constant every day, and that’s my name penciled into the lineup. You have to play where your feet are at.”

It was last year that the Cards traded a Memphis outfielder, Charlie Tilson, for a big-league need (lefty reliever Zach Duke). Clearly, this year’s Cardinals have needs.

And one has to be honest and say: If the Cards cannot pull off a monster trade to win the Central in 2017, what’s the situation for next season? In my estimation, here are the outfielders under team control who could be in St. Louis: Dexter Fowler, Stephen Piscotty, Randal Grichuk, Tommy Pham, Magneuris Sierra, Jose Martinez, O’Neill and Bader.

Of course, if the Cards are able to nab outfielder Marcell Ozuna from Miami, I’d be cool with trading any of these fellows except Fowler and Piscotty. I paused with Sierra. Man, he’s a rare talent. But Ozuna is an affordable All-Star with a .917 on-base-plus-slugging percentage.

It might not be anything to even worry about. On Sunday, Marlins’ executive Michael Hill told Miami reporters his team won’t trade big names, in part because of the pending team sale.

“It’s not stopping calls from coming in,” Hill told reporters. “It’s been fairly consistent, with people checking in to see where we’re at to see if we may be open to expanding the players we’re talking about. But we haven’t put any of those guys in play.”

As for Bader, he often fields questions from reporters and friends about his future. Understandably so. The 23-year-old entered Sunday with a slash line of a .299 batting average, .356 on-base percentage and the aforementioned slugging percentage at .522.

The other Redbirds who had a higher slugging percentage are now Cardinals: Grichuk, Luke Voit and Paul DeJong.

“It’s just kind of how the game works — there’s a baseball side to it, in between the white lines, and then there’s a business side to it,” Bader said. “It really is a truthful answer. My deal right now is focusing on what I can control here. You can put up numbers, you win games, and it is what it is. You roll. I can’t really focus on any of that other stuff.

“I think I’ve been doing a good job at just trying to shrink the zone as best as I can. I’m always going to battle. Hitters battled their entire careers. You’ve always got something to prove out there.”

The cool thing about Bader’s numbers is they’ve improved as the season has gone on. In April, he batted .270. May was .286. Then .317 in June and .323 in July. And his monthly slugging percentage has improved each calendar turn — in July, it’s a whopping .631.

He’s not a perfect player. He strikes out probably more than he should. And while he’s stolen nine bases, he’s been thrown out six times.

On Friday, I asked Memphis manager Stubby Clapp (remember him?) what impresses him about the rising Bader.

“I like to describe him as a nice progression to watch. At the beginning of the season he wanted to play hard, and he did, but sometimes it was reckless without ideas. Now he’s starting to understand the game and formulate good ideas — and he’s able to adapt to what he’s seeing to the game. Tonight, he finally got a bunt down for a base hit. That’s awesome. And with his speed, that’s another weapon, that’s another tool. That’s the stuff we’re starting to see. He’s starting to steal bases on his own, and he’s able to read that stuff.

“He’s in Triple-A, second full year in pro ball. And he’s having to do this stuff at such a high level, whereas everybody else has done it at A-Ball, then they make the jump to High-A, then to Double-A. There’s been a lot of learning curves for him at a high level. He plays hard. I love watching him play.”

Will Cardinals fans ever get to see him play?

If not, it means they’ll likely see a quality player play — one traded for Bader.

Cards Talk: Fans sound off about the 2017 season

If this were your last day in St. Louis, what would you do? Sports columnists Benjamin Hochman and Ben Frederickson debate the pluses and minu…

Shortstops is searching for consistency at the plate and in the field.