Hochman: Cardinals fan Drew Gray, previously a Belleville East pitcher, was drafted in the third round ... by the Cubs.
0 comments
Share this
{{featured_button_text}}
1 of 3 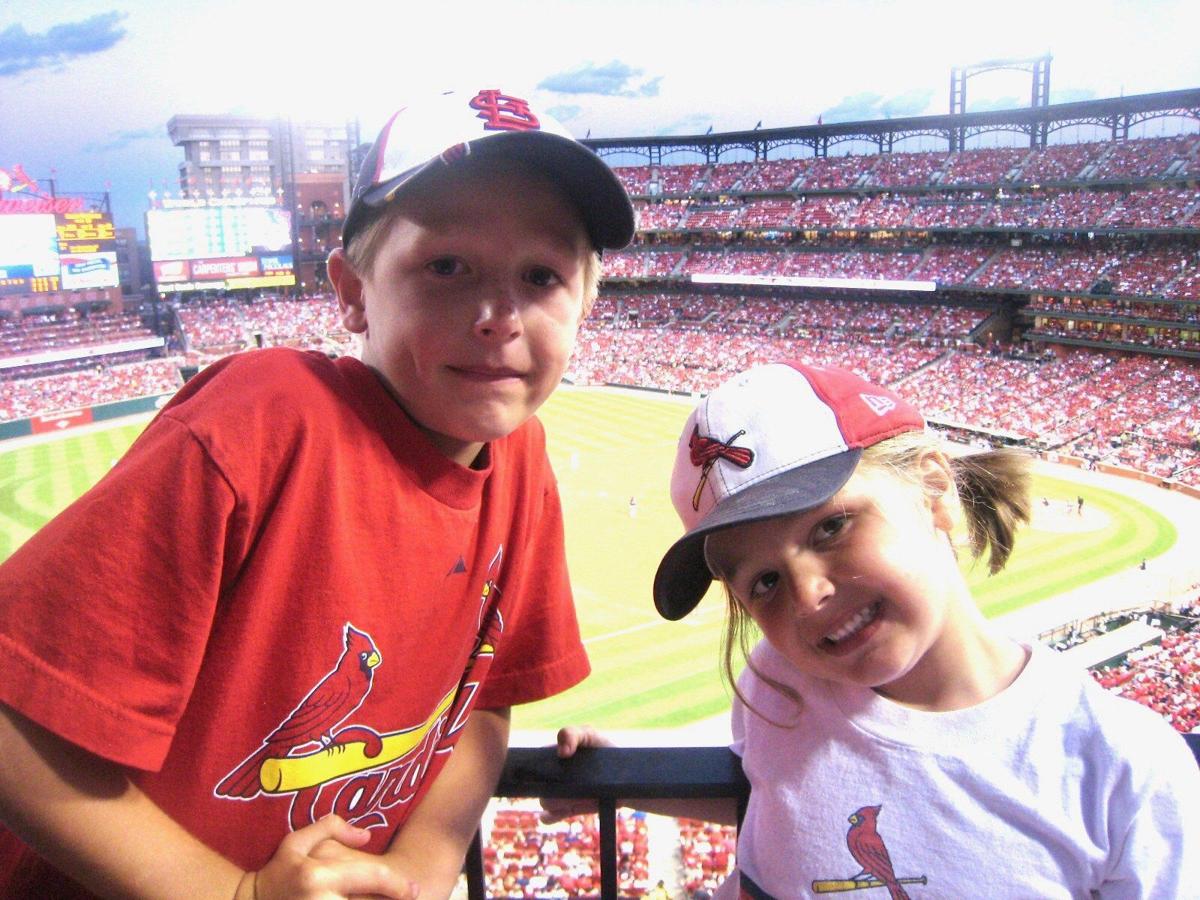 Drew Gray (left, age 7), shown here with his sister Reece, was raised a Cardinals fan in Belleville, and in the 2021 MLB Draft was selected in the third round … by the Chicago Cubs. Photo courtesy of Laurie Gray. 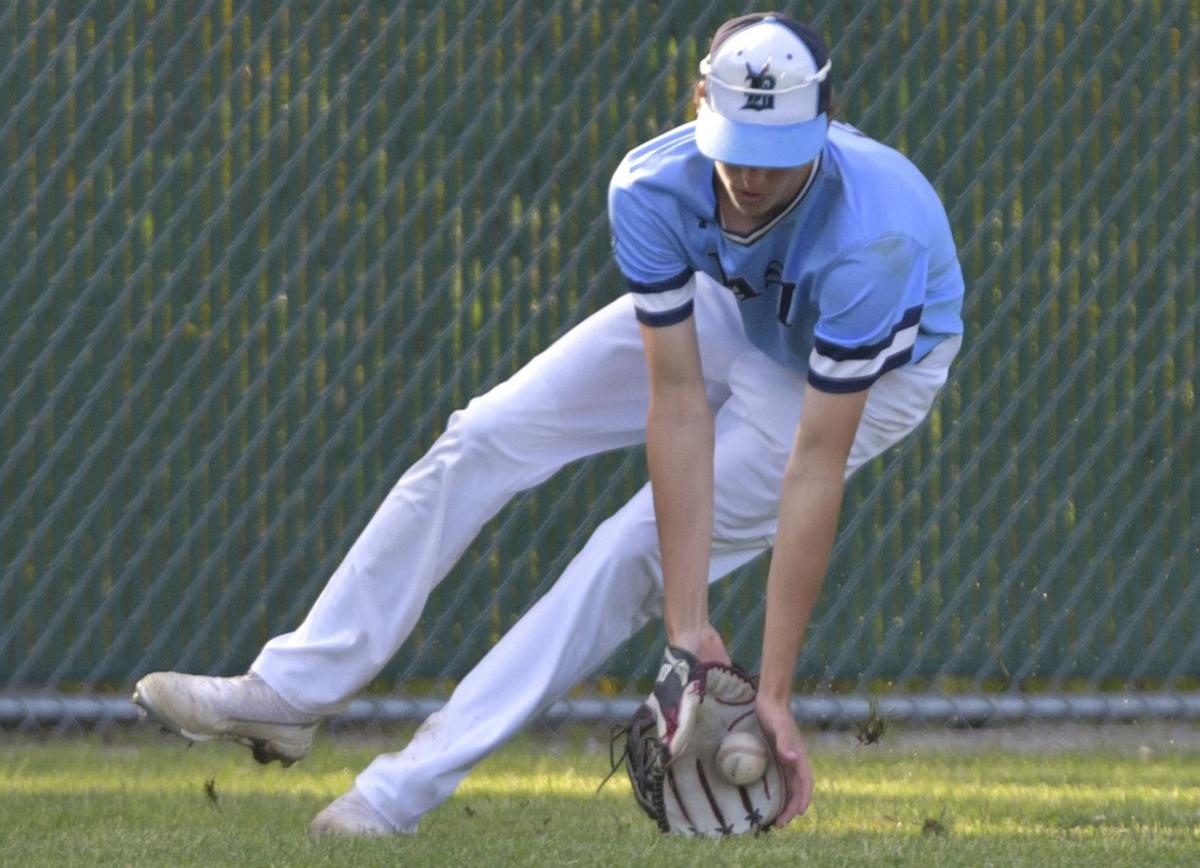 Former Belleville East outfielder Drew Gray starts to slide as he scoops up an hit. Gray, who played his senior high school season at IMG Academy, was selected by the Chicago Cubs in the third round of the MLB draft on Monday. Tim Vizer/Special to STLhighschoolsports.com 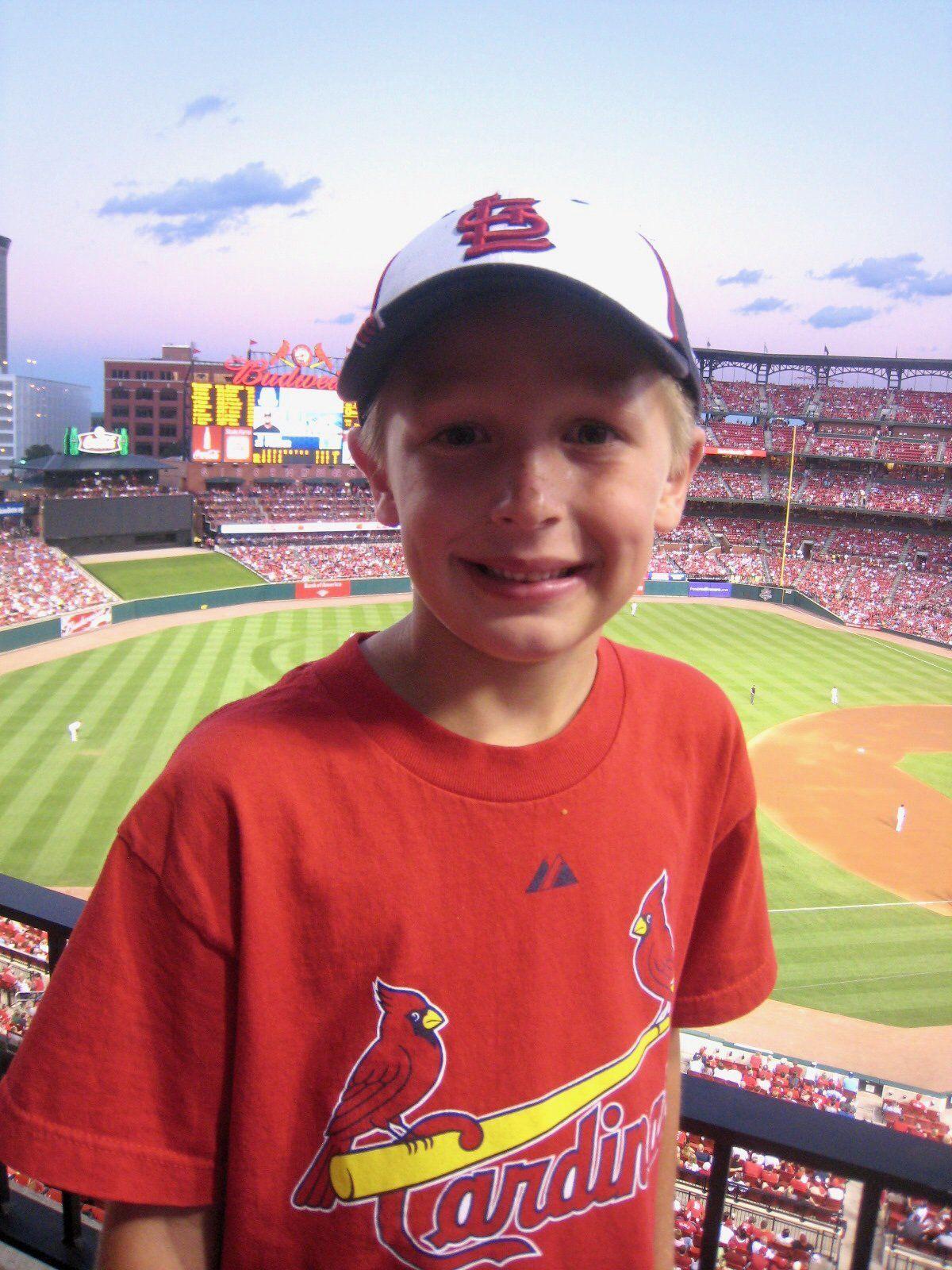 Drew Gray (age 7 in photo) was raised a Cardinals fan in Belleville, and in the 2021 MLB Draft, he was selected in the third round … by the Cubs. Photo courtesy of Laurie Gray.

Who would do this to them?

It’s the Grays, after all, some of Cardinal Country’s biggest Cardinal fans, whose Christmas card once had all four kids in Cardinals outfits, and whose great uncle was a Cardinals coach for Whitey Herzog.

It’s one thing to “TP” someone’s house, but it’s quite another to pull this kind of prank. Yet there it is, right in the Gray family front yard — a Cubs flag.

Turns out it was the Rosborgs who did it.

“Within the hour,” Laurie Gray said.

Such were the incredible turn-of-events on Monday in Swansea, when lifelong Cardinals fan Drew Gray was drafted in the third round … by the Chicago Cubs. Laurie’s son previously pitched for Belleville East High School, but spent last year playing for the IMG Academy in Florida.

“So I’m in my room right now,” Drew Gray said by phone with the Post-Dispatch, while calling from his parents’ home, “and I’d say my whole desk area is just pretty much Cardinal stuff. And then I have this Cardinals flag hanging next to my window. … But whatever team wants me, that’s who I want to play for. So that’s the situation here. I’m completely happy to be a Cub. It’s a dream come true. It is kind of ironic, because most of the texts I’ve been getting from friends and family are like, ‘I never thought I’d have to wear a Cubs jersey.’ Or — ‘The only reason I’m going to root for the Cubs is because of you.’”

Gray’s original plan was to pitch for the University of Arkansas. He actually committed to play for the Razorbacks as a 14-year-old. His older brother, Evan, is a couple years older. He ultimately committed to Arkansas, too. And Evan actually pitches there now; now, it appears, Drew never will. He got too good.

“Being able to throw the fastball 90-93 on a consistent basis from the left side?” Evan said of Drew. “And in the arm angle that he does it from? I’m sure hitters have a hard time seeing that, for sure.”

Sure enough, it’s possible that Drew will be teammates with one of Evan’s teammates. One round after drafting Drew, the Cubs’ selected Arkansas outfielder Christian Franklin, so they’ll likely play in rookie ball together.

The Gray family DNA is connected with red stitched lace. Baseball is part of their personality. Drew’s father, Chad, played baseball at St. Louis University. And Laurie’s uncle was the late Rich Hacker, who played Major League Baseball and was later the Cardinals’ first base coach for five seasons, including 1987, when the club went to the World Series.

“I spent a lot of time running around the old Busch Stadium,” Laurie said of her teenage years. “We’d go in the Hall of Fame — I think I watched that old movie in the Hall of Fame area 100 times. We’d sit by the players’ parents, and back before you could get all the stuff to eat at the Cardinal games, I remember Ozzie Smith’s family ordering pizza to the ballpark, and they shared it with us. Things like that didn’t exist — you couldn’t get pizza back then at the ballpark.”

Laurie and Chad have four children, and before Rich Hacker passed away in 2020, Rich would take the kids to Busch to watch batting practice. Laurie texted a photo Wednesday of a young Drew Gray and Rich Hacker in front of the Stan Musial statue.

“We used to try to get home run balls at BP,” Drew Gray said. “My first favorite player ever was Albert Pujols.”

But there actually is one Cubs connection within the family. Rich Hacker’s uncle, Warren Hacker, pitched for the Cubs from 1948-1956, appearing in 220 games. And so, more than 65 years later, Warren’s great-great nephew could someday be on the Wrigley mound in blue, too.

Jim and Nancy Rosborg would sure love that.

“We’ve known them forever — die-hard Cubs fans,” Laurie said of the front-lawn flag-planters. “We’ve heard this week from anybody we know who actually is a Cubs fan, which I can’t say that’s a huge group. Rubbing it in a little bit, saying: ‘Alright, so now are you going to root for my team?’

“People have also asked, ‘Oh, did he have a preference for a team?’ These kids are just so excited about this opportunity right now to follow their dreams, I don’t think it matters. Just the opportunity that this provides, you just are excited about a team believing in him, willing to develop him and help him to get to the next level.”

In 2011, after the Cardinals won their most-recent World Series, the Grays’ Christmas card featured the four kids in black-and-white, except for the highlighted red in their Cardinals shirts (and in Reece’s bow).

Come Christmas of 2021, Santa himself might not recognize the Gray household with that new flag out front.

“That’s literally what we grew up knowing — Cardinals,” said Evan Gray, the big brother. “Especially with my mom’s uncle being a part of it, that only increased the love for just the Cardinals in general — and also the hate for Cubs, no question about it. And then all of a sudden Drew gets drafted by the Cubs and it’s like, ‘Oh!’ I’m going to start wearing Cubs stuff now I guess.”

Hochman: ‘Craig does the dishes’ and other delightful revelations from Cardinals pitcher Kwang Hyun Kim

“I do want to play in the major leagues as a Cardinal for several more years," Kim said.

Drew Gray (left, age 7), shown here with his sister Reece, was raised a Cardinals fan in Belleville, and in the 2021 MLB Draft was selected in the third round … by the Chicago Cubs. Photo courtesy of Laurie Gray.

Former Belleville East outfielder Drew Gray starts to slide as he scoops up an hit. Gray, who played his senior high school season at IMG Academy, was selected by the Chicago Cubs in the third round of the MLB draft on Monday. Tim Vizer/Special to STLhighschoolsports.com

Drew Gray (age 7 in photo) was raised a Cardinals fan in Belleville, and in the 2021 MLB Draft, he was selected in the third round … by the Cubs. Photo courtesy of Laurie Gray.